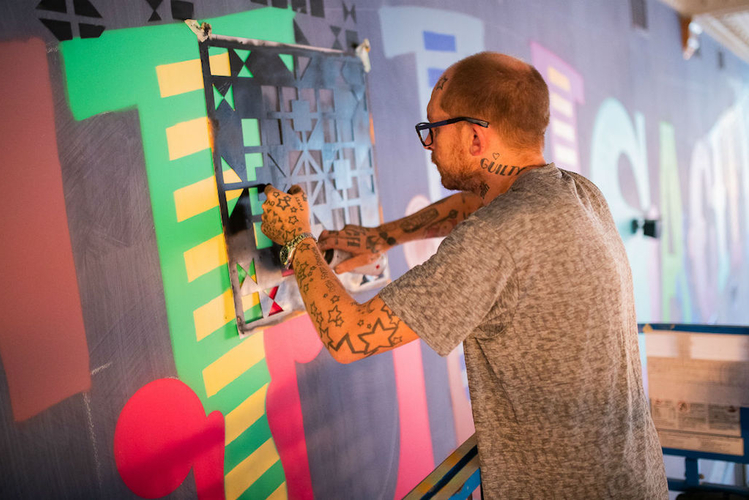 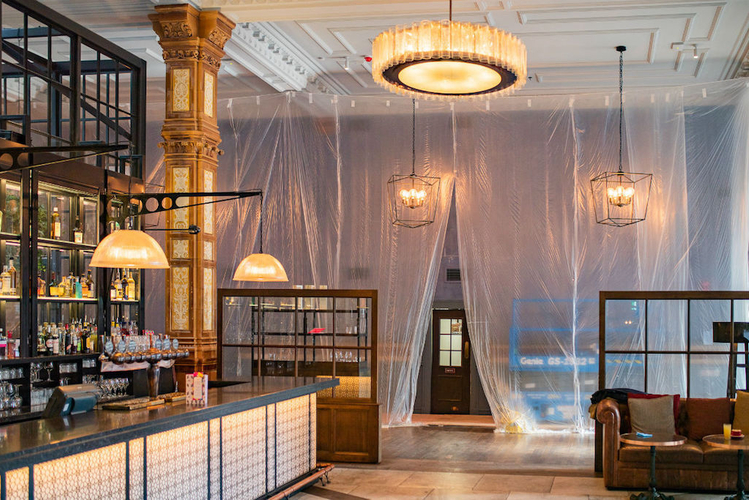 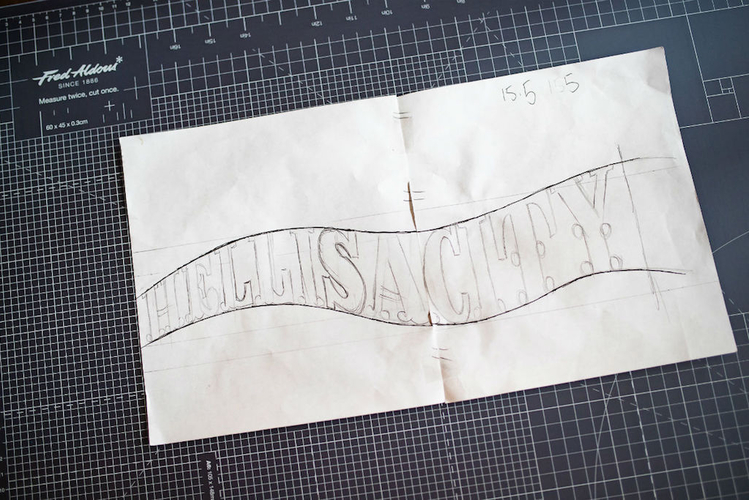 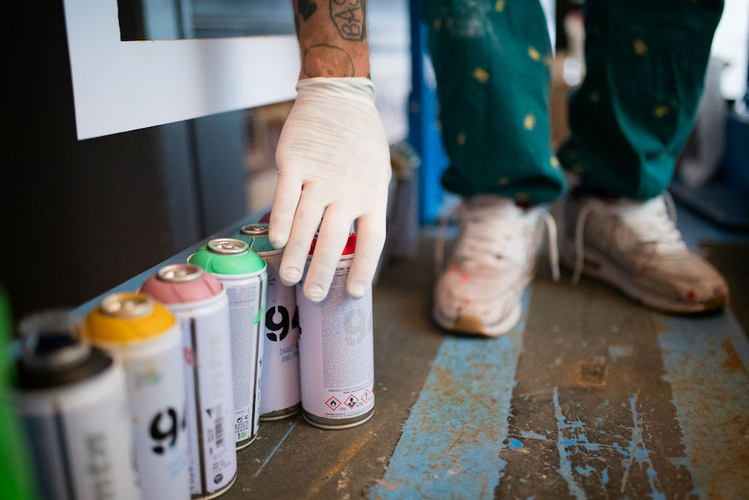 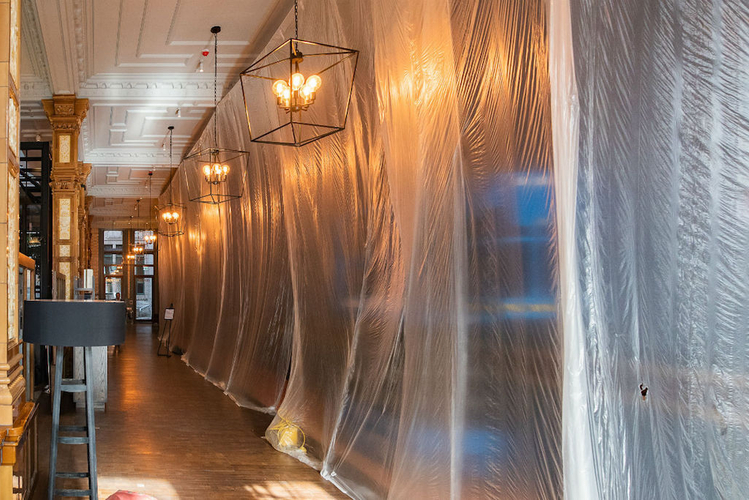 He went from being arrested over fifteen times (and convicted for criminal damage five times) to having his work enter the White House, when it was gifted by David Cameron to Barack Obama in 2010.

Yes, there aren’t many with a career path like Ben Eine’s.

A close friend of Banksy, Eine is best known for his distinctive colourful lettering around Shoreditch, where he began his vocation painting the likes of derelict shop fronts and closed security shutters. Now, 30 years on from those early days of police skirmishes and mural moonlighting, he’s become one of street art’s leading figures: earning admiration rather than arrests, starring in museum collections worldwide and painting everywhere from Tokyo to Paris.

Now Manchester can boast its own Eine mural, as the graffitist - also an acclaimed screen printer - will unveil Hell in the City at The Refuge today, based on the cult film of the same name. The 1960 cop thriller starring Stanley Baker and Billie Whitelaw, directed by Val 'Quatermass' Guest, was largely shot on location in Manchester and is a fascinating depiction of the city half a century ago.

The Refuge Assurance building - now The Principal Hotel, home to the The Refuge bar and restaurant - was a key location in the film's climactic chase sequence, hence the mural’s location.

Luke Cowdrey and Justin Crawford of The Refuge said: “When we first started our journey (here), a bit of research uncovered a sixties Brit Noir film that has the climax scene filmed on the roof of the Refuge building. From our early days of the Electric Chair we have liked to use slogans that jump out like a slap round the chops, provoke thought and look for levels of meaning. Hell is a City fits that bill perfectly.

“As a large piece of artwork sitting in the Refuge, it tells part of the story of this iconic building that we have the privilege to work in but also alludes to other realities of big city life, often exciting but sometimes darker.”

Of his decision to paint here, he said: “I’ve a significant following in Manchester and the North West and I wanted to do something for them, that they can enjoy on their doorstep. All too often, when people think about art in the UK, they think London. There’s some really great work being produced outside of the capital city and I think it is important to stop and acknowledge that."

Eine will also release 100 copies of a new limited edition print in two colourways and three original canvases with Leon Martyn on stand 232 at this year’s Manchester Art Fair. Owing to his frequent work with the third sector, 10% of sales will be donated to local charity The Mustard Tree, which transforms the lives of people in Greater Manchester who are trapped in poverty and homelessness.

Aviva Investors Manchester Art Fair is the most prestigious art fair in the North. Over 120 galleries and artists will be selling thousands of modern and contemporary paintings, sculpture, photography and editioned prints at a wide range of prices. In 2018, the fair was shortlisted in the first Manchester Culture Awards for 'best event.'

Confidential readers can save 20% on tickets using the promo code ‘MANCON.'

Transforming a car park off Baird Street, close to Piccadilly, the (free) event will unite over 30 of Manchester’s biggest creatives with artists from around the country for a celebration of all things street art. Watch the likes of Qubek, Philth, Kelzo, Hammo and Jay Sharples create live masterpieces side by side at the family-friendly celebration; which also promises DJs, street food traders and artisan stalls and some surprises.

It will coincide with the thirteenth Art Battle Manchester later that night, and artwork from both events will be auctioned off in aid of the Manchester Mayor’s Homelessness Fund: a recipe that has helped raise over £90,000 for Manchester-based charities to date.

Finally, the following Sunday (23rd) sees Love for the Streets: Hidden Behind the Headlines, another one-day festival. Supporting charities across the city through Big Change MCR, and raising awareness of society’s ‘hidden’ homeless, the event features food from Madeeha's curries and Simba Sauce, creative workshops with Funraising, ethical clothing, opportunities to get involved, three rooms of music and - of course - live graffiti art.

Like art with a conscience? It seems this is your month.

Sir Richard Leese stands down: 25 years at the top comes to a sudden end
● / Festivals