The Deloitte Crane Survey 2019 reveals the property boom may have peaked as far as new starts are concerned. The annual property survey covers city centre Manchester and Salford but excludes development at MediaCityUK and the Quays.

The main factor in the assumption the twin cities may have peaked is the residential sector. According to the survey there are 12,357 residential units under construction down from a high point of 14,480 last year.

The aspiration now must be to make sure there is enough spread of jobs so that more people in the city benefit, especially in deprived areas

John Cooper of Deloitte is down in the mouth about the results though. He writes: ‘(There’s) a slight reduction in new starts (in construction). This could suggest that last year‘s record results, in terms of overall activity, may prove to have been a peak in the current development cycle. To be clear however, the latest results still represent one of the highest levels of construction activity since our records began in 2002, and given the geo-political uncertainty experienced in recent times, this is a further testament to the city's market strength, profile and resilience.’

The twin cities of Manchester and Salford might be slowing but not by much, certainly when it comes to completions. 2019 saw 27 schemes of various sizes completing, the third highest recorded by Deloitte's. Meanwhile 2020 is going to a bumper year of completion with 47 completions.

Office construction is still healthy. There was more than 400k sq ft of delivery last year which is in line with the average of the last 17 years. The amount, for the second year running, under construction is over 2m sq ft. 40% of that figure is pre-let, with almost half of that in the technology, media and telecom sector. Estimates suggest office construction might deliver 15,000 jobs in finance, technology and electronics.

Hotel construction is accelerating, as we pointed out in our property round-up last week, although a concern might be how the rooms will be filled. In summary 30 new hotels will open within the next three years. There are 70 at present. The Greater Manchester Business Tourism strategy is ambitious in helping to fill beds. Tourism contributed £845m to the regional economy in 2017 and the aim is to have a 40% uplift by 2025 to 1,2bn. The Factory project in St John’s is part of that with its 366,000 sq ft. Events and more tourist activities will need to supplement existing celebrations, festivals and seasonal markets to ensure hotels aren't frequently half-empty.

Other figures suggest the higher education and retail sectors are fairly static in terms of development. Retail is a sector that has been especially hard-pressed given the change in consumer habits. Cities are now a hundred times more about providing experiences rather than simply about shopping.

Overall, the development picture for Manchester and Salford's central areas is still rosy.

While a residential peak might have been reached in terms of new starts, and other sectors may have levelled off, the activity in the office sector certainly bodes well. No city can have enough employment opportunities. With hundreds of jobs being created by the arrival of GCHQ and Amazon amongst others then that office provision is especially necessary. The aspiration now must be to make sure there is enough spread of jobs so that more people in the city benefit, especially in deprived areas. Training and skills are vital here. Inadequate education and training puts a brake on city growth and citizen wellbeing. 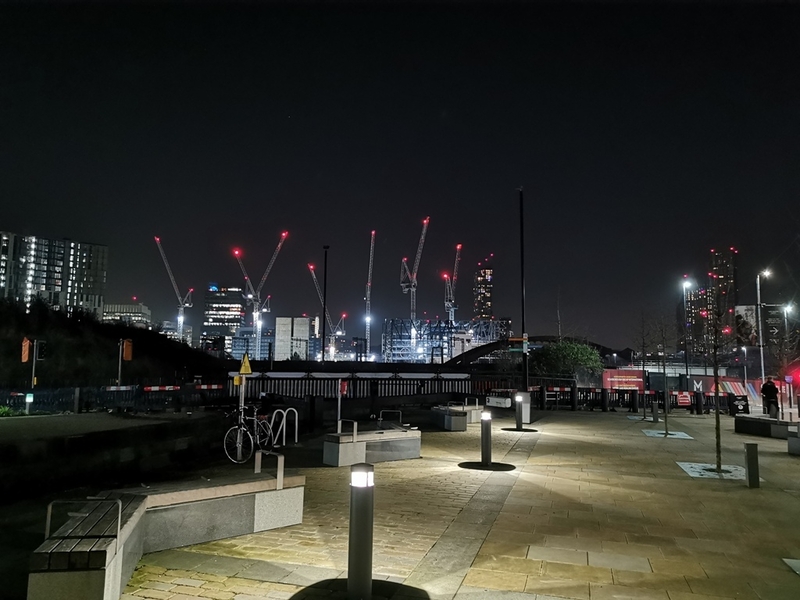 The Deloitte Crane Survey is fascinating but mechanical. It’s extremely worthwhile, providing a valuable insight into development, but it’s all about the numbers not about the humans. We need a similar survey of how people feel about the city, underlining the main health and satisfaction indices and indicating how people can become more involved within the whole growth process of their city.

The last few years have been remarkable in terms of construction. The skyline is utterly changed from five or six years ago. A slow down in apartment construction is not a terrible thing. Also given the huge projects that will come along at the Northern Gateway, aka the Irk Valley and Collyhurst, and also at Mayfield, to name but two, there's still plenty of energy left in the physical development of the central core of the region.

Read - Reasons to be cheerful: Manchester is booming