Back To Reviews
● / Vegetarian/Vegan

Jonathan Schofield ponders religion, fanaticism and food; he even shoe-horns in a review

Bear with me on this one. I've got a bee in my bonnet. When did food get so deep fried in morality? The answer is simple. It always has been.

Religion, in particular, has exercised its baleful influence over how we eat food, casting its blinkered vision over dietary habits, shouting at us to do as we are told. This was led by a bunch of men, thousands of years dead, who had no scientific knowledge and rarely travelled beyond the horizon. Those old blokes made their own food rules up through divine inspiration (or insanity) after talking to stones and burning shrubbery in deserts. If you didn't follow their rules then you were guilty of heresy and might be murdered, because the Big Fella up there would be angry.

Most religions don’t approve of eating dog, but they love us to choke on their dogma.

Born in 1964, I grew up in north Rochdale with the best cook there’s ever been in world history, my mum. We were a secular household, nominally Church of England, but practising at the Church of Not-Bothered. There was only one moral we had to observe: Thou shalt not waste food. That was our religious code. If there were left-overs then it was converted into bubble and squeak. There were always stockpots bubbling away filled with chicken and fish carcasses, bones and vegetable stalks.

The new 'religion' in food is all about veganism and vegetarianism. Of course, most vegans and vegetarians are reasonable, as with people bound by the traditions of their religion, but some acolytes have the wild-staring eyes of the fanatic. I had a row with one of these, in the Whitworth Art Gallery café, some three weeks ago, following a flippant comment about chicken sandwiches. And it wasn't even directed at her.

The woman in question lectured me about methane and cattle, industrial fishing methods, animal welfare, the nasty developed world and Extinction Rebellion, which seemed somewhat off the point, but made sense, given her finger jabbing fury. She had invented new food purity laws and I, as a foul fowl muncher, was guilty of environmental and animal rights heresy. She was so committed to the vegan cause I thought it prudent to eat her words.

Then, last week I found myself in Greens, in West Didsbury, the oldest surviving veggie restaurant in Manchester. I mean restaurant, as opposed to the trauma of eating at Eighth Day café on Oxford Road. The menu there has been much the same since Moses went up a mountain received some supernatural instructions and suddenly we weren’t allowed to covet our neighbour’s donkey anymore. God, I loved that donkey.

So was I to be surrounded by hectoring fanatics in this famous vegetarian restaurant? Fortunately no. Greens wasn't all sackcloth and ashes conviction politics: it was just a very decent restaurant.

The staff were a tease, though.

You’d see your drink on the bar for ages, just a couple of metres away, winking at you, as you pined away with thirst. By the time it arrived you couldn’t even see the staff member bringing it, all you saw was a tray with the drink floating towards you. Oddly, the food seemed to appear more quickly than the drinks - what alchemy was this?

The joint best dish was the black pudding (£6.50) even though, blood-free, it was fake news. I have no idea what was in it but it was chunky, rich, deep and dark. If I’d not known where I was sitting I might have thought it was a real blood pudding.

Underneath the black pudding, there was an inarticulate mass of veg and grain and, unlike the black pudding, it was chilled. This dense mountain was probably good for me. Good in the same way as a cycle ride in the rain on a cold January night might be good, with me thinking if I get to the end of this, I will feel very worthy.

The feta filo pie (£13.50) was low on wow factor, yet deeply pleasant with good taste and texture and displaying skill in its creation. Decent ‘heritage tomatoes’, aka multi-coloured ones, soused and soaked, added to the fun. The rocket didn’t - it never does.

Buffalo wings halloumi (£6.50) were great; moreish with a startling excellent, mild, blue cheese dip. Unfortunately, there was celery with the dish. I don’t think celery is actually a food, unless you love chewing on raw timber. Maybe oak. Or elm. Famous wit, Samuel Johnson, once said: "A cucumber should be well sliced, and dressed with pepper and vinegar, and then thrown out, as good for nothing." I feel the same about celery. Meanwhile a side portion of chips (£3.50) did a fine job especially when dipped in the blue cheese.

Along with the black pudding, the best food on the meal was the lemon tart (£6.50) which provided a sweet and exuberant finale. This dish looked good and had lots of lively elements. The lemon tart shone like the sun at the centre of its sweet little solar system.

Overall Greens provided a diverting experience. Simon Rimmer, a meat-eating charmer and the chef proprietor, provides clever vegetarian food with a bit of fun added in. The dreary base to the black pudding was the only big yawn.

Greens didn’t preach at me. Unlike the new cult of self-righteous veganism and vegetarianism, it eased me in. Poet Robert Graves once said the problem with religions is they don't have any jokes.

The strapline of Greens is 'terrifying carnivores since 1990'. Now, that is a good joke.

The most terrifying man I have met in years, indeed ever, was a vegan. Roger Hallam is the boss in-all-but-name of Extinction Rebellion. He was a guest in a meeting I chaired, a couple of months ago for The Guardian. Hallam, an ungentle soul, said that unless we change our ways, there'd be civil wars in ten years in the UK and elsewhere, as an hors d'oeuvre, and the end of human life shortly after, as the pudding. It felt like he was looking forward to it. His lack of understanding of human adaptability and its genius to draw back from the brink was astounding. He was messianic in his message, yet, to misquote The Life of Brian, "he wasn't 'the messiah he was just a very naughty boy." He mostly resembled another insane patriarch in the desert talking to stones and burning bushes and demanding obedience from his gullible followers.

Truth is, we need no new religions in 2019, there are already too many. Those who desist from meat-eating need not lecture those who do, trying to guilt us into abstinence. When they do I have almost religious visions of big steaks whispering, "believe in me". The best converts are the persuaded, not the coerced. 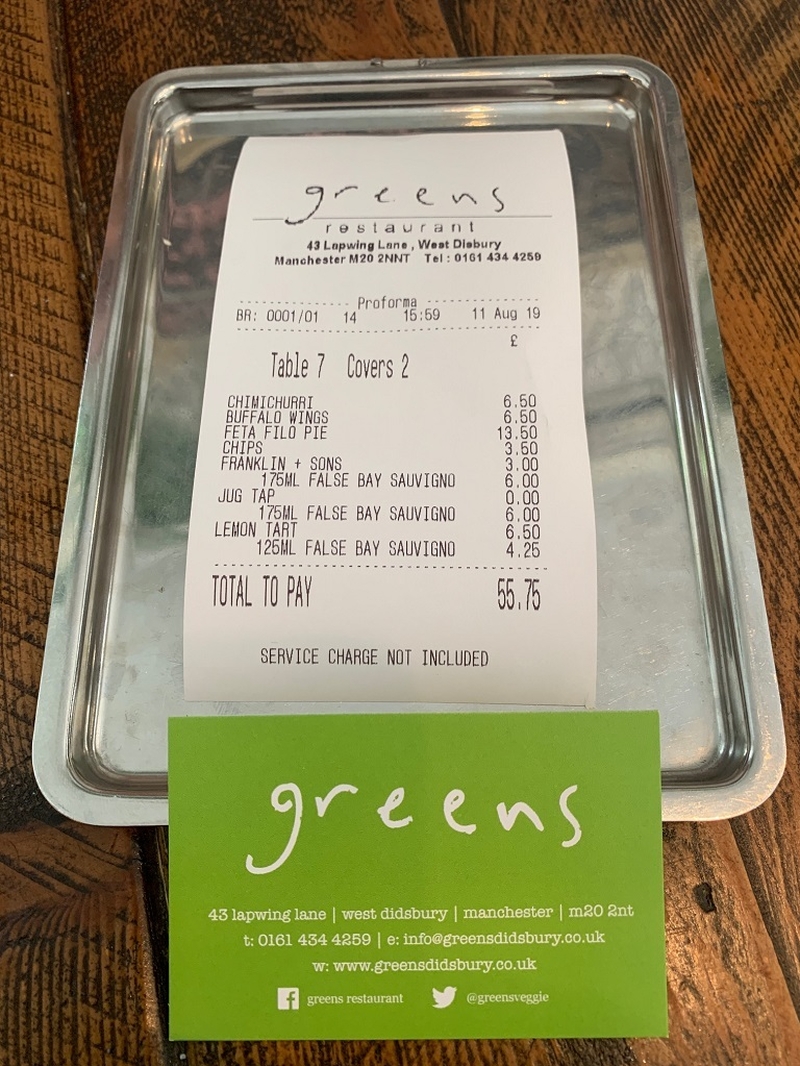 The Hot 50: Manchester's most popular restaurants June 2022
What you say
Read Next
● / Dinner