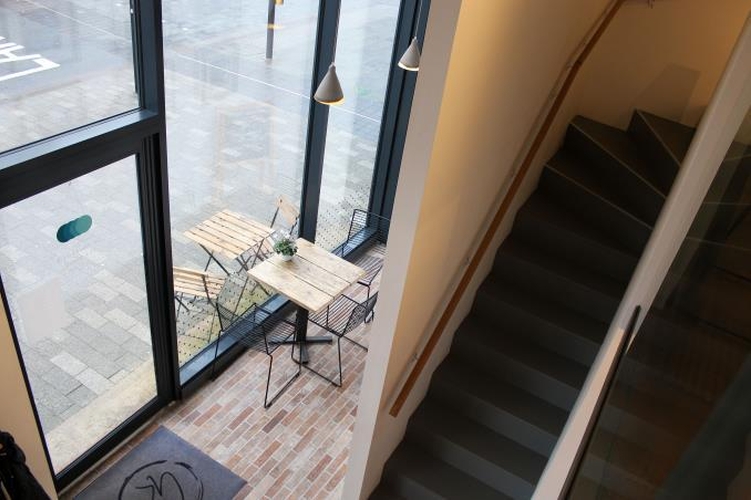 WHEN walking along Chapel Street on a grey blustery afternoon, GK Gallery & Tea Room stands out like a welcoming beacon of loveliness. Floor-to-ceiling windows reveal a quirky concrete bar festooned with fairy lights and topped with rocky roads and chocolate brownies. Flower sprigs adorn contemporary pine tables and a staircase curves up to meet a mezzanine gallery. Two people are typing away on laptops, one woman sits reading a book at the table in the window while a group sits deep in conversation over steaming cups of tea. Unsurprisingly, as the space is small - I could almost count the number of tables on one hand - it’s often full.

Owner Gina Kirby tells me the bar was installed by her father, the mezzanine by her brother and the brick floor laid with help from her mum - who also helps to run the cafe part time. The space, an empty shell when they started renting it back in January last year, was designed by her architect boyfriend and it was her father - also an architect - who designed the student block under which it sits: hence the choice of location. They all chipped in with a bit of painting. Yes, GK gives a whole other meaning to the term ‘family business.’

Originally from the Wirral, Gina - perhaps inevitably - studied architecture; graduating in 2015 with a First Class Honours degree from the University of Manchester before going on to launch GK in mid-2016. Despite enjoying her studies, she knew the industry wasn’t her calling. That would be art.

“University for me was more about personal development. I used to be very shy but when you’re doing presentations - constantly having to fight for your ideas - you have to come out of your shell. I still loved my course though, and managed to adapt it towards art in the final year. That was when the gallery concept started forming, particularly when finding outlets to display my work turned out to be so difficult. I wanted to create somewhere with local art for local people.”

A talented artist herself, Gina’s work recreates iconic local buildings in intricate stitch. Her photographic pieces transform familiar objects into the unknown; as with the moon-like Macrocosm below - your guess is as good as mine as to what it really is. If you take a look at GK's website, you’ll see she’s also a dab hand at depicting the everyday.

For me, somewhere that combines art with tea, cake and coffee is the dream

Gina is open-minded and dedicated to helping new artists, so rarely turns display requests away.

“Initially I’d get graduate artists from MMU and Salford, but now a lot of people approach me directly. We have a new exhibition every six weeks but there’s no theme as art is so subjective. We try and have a little opening event for each new show, too. So many people come in who think art isn’t for them, then they see a piece and fall in love with it. That’s one of the highlights for me.”

So where does the cafe element come in? “Baking cakes is another love of mine," Gina told us, "for me, somewhere that combines art with tea, cake and coffee is the dream.”

Talking of which, the sweet treats really are dreamy. I had an apple crumble cake, accompanied by Geisha’s Kiss Tea; prepared behind the counter to avoid over-brewing. The varied tea selection comes from Liverpool’s Alison Appleton - who also make the teapots that sit on the back wall, accompanied by various other artisan goodies. Coffee is from Didsbury’s R Coffee and all cakes are baked fresh on the premises. The ethos is clearly quality, not quantity: a reflection of the careful precision that made Gina reluctant to publicise the venue until it was firmly on its feet.

Whilst the neighbourhood might not quite be considered buzzing yet, a cluster of new developments, including the nearby Vimto Gardens and Time Keepers Square, and the redeveloped Salford Town Hall suggest that change is afoot. Gina believes so, pointing out that it’s already improved significantly from when she first moved to the area for university.

It's no surprise to hear that GK already has a solid staple of regulars. It may have remained a hidden gem so far, but it’s time this little haven had its place in the spotlight: I’ll be back shortly to try those fancy cupcakes. 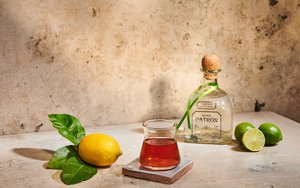 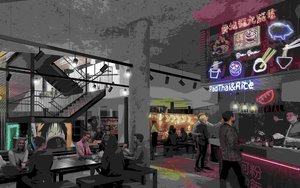 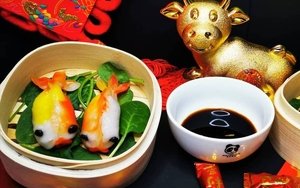 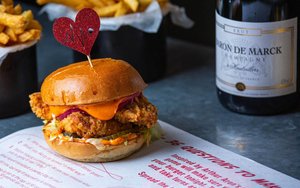