Back To Stories
● / Mediterranean

Get good shawarma karma with the new menu at BAB

The folks at BAB know what they’re doing. Their new menu is an absolute belter and we’ve come to expect nothing else from the Northern Quarter indie that has gentrified the humble bab without giving up a shred of its original punch. The BAB bab, is mightier, meatier and more restaurant-worthy but still with a bit of 2am naughtiness. Do the new babs measure up? Of course they do.

Bab-wise, the new menu offers the same popular favourites like lamb adana or chicken with Aleppo chilli as well as some exciting seafood surprises. The mixed seafood bab has all the lightness of a cone of fritto misto and the saline summeriness of a trip to Sorrento – in a freshly-made flatbread with kebab-shop salad. Genius. 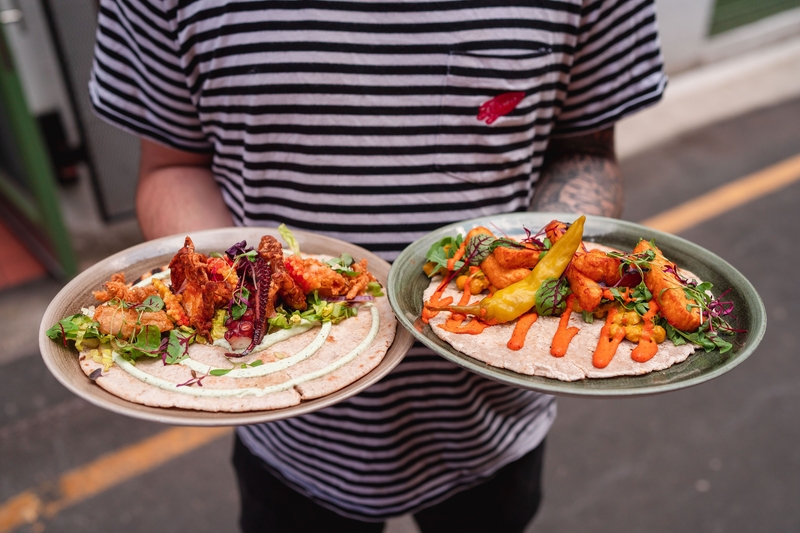 And the octopus bab is the most unusual bab we’ve seen but my god, it works. Not sure if it’s the pearl couscous or the roe or the notes of tarragon that make this so special, but if we had three hearts like Mr Tentacles here, we’d love this dish with every one of them.

The chickpea shawarma with fried halloumi and the king oyster and mixed mushroom shawarma (a mash up of the two is also available as a non-bab) show that veggie and vegan options are just as full of good shawarma karma as traditional babs.

The mezze menu is much bigger now too. A couple between friends make a great starter or they work well as meal in their own right. From skewers like the tavuk with mint and Aleppo chicken or the lamb skewer with minty pea puree to octopus terrine or moussaka croquettes, the menu is full of sharing plates with a bit of Middle Eastern magic and a signature style that is pure BAB. 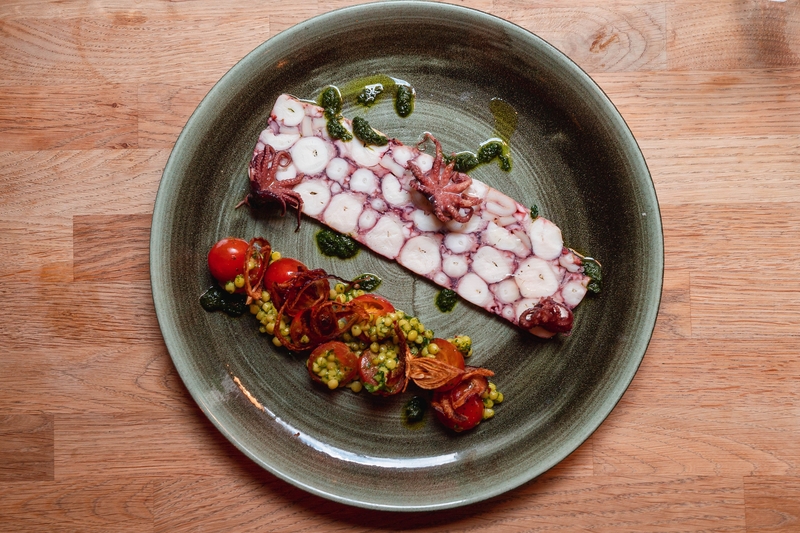 There are puddings too. Relax because the chocolate chip and date cookie skillet remains on the menu but you’ll also find pistachio frangipane with honey and lemon yoghurt, affogato and some quality ice creams.

You’ll find plenty of the above mezze, babs and puddings available on the early bird menu too with two courses for £14.95 and three courses for £18.95 Monday to Friday, 3pm-6pm.

At Confidentials we think the new menu is BAB on target. From the spinach and feta stuffed flatbread to the surf and turf to the sour cherry ice cream, everything is an absolute belter.

Yas Queen! Things to eat, drink and do on Jubilee weekend 2022
Read Next
● / Cafes