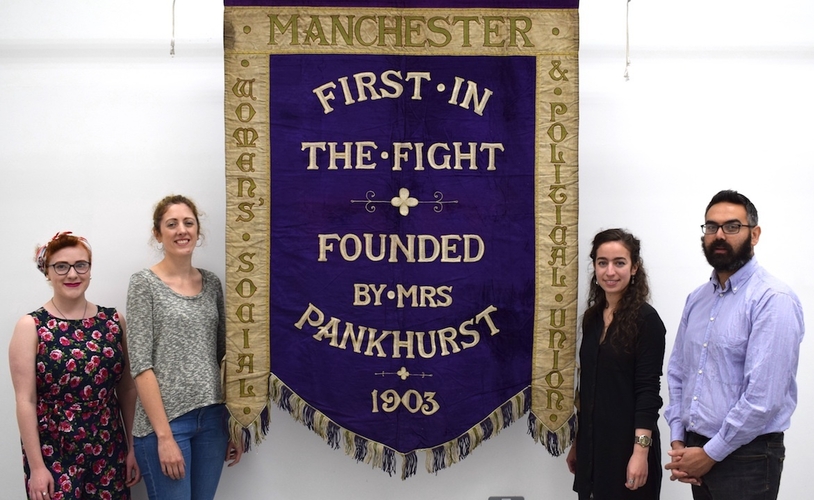 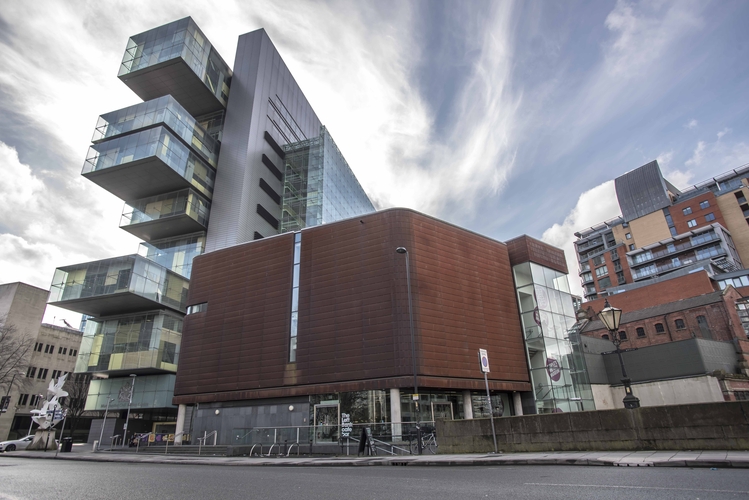 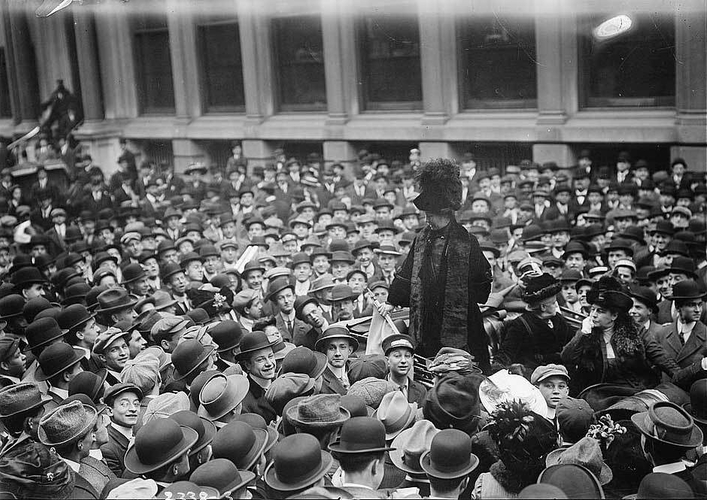 People power was behind the quest for women to get the vote, and it’s people power that a century later has brought home one of the nation’s most important and rare historical objects: the Manchester suffragette banner.

Thanks to a successful crowd-funding campaign led by the People’s History Museum, combined with the support of the Purchase Grant Fund and the Heritage Lottery Fund’s Collecting Cultures programme, the pennant is joining the museum’s collection of trade union and political banners (the world’s largest) and will go on public display next year - playing a central role in marking the centenary of women’s right to vote.

Aptly, it declares ‘Manchester First in the Fight’, and represents the Women’s Social and Political Union (WSPU). This was founded by local suffragette leader Emmeline Pankhurst, a statue of whom will be unveiled on International Women’s Day 2019 as part of the WomanChester campaign to address the city’s lack of female statues.

Also bearing her name, the banner appeared during some of Pankhurst’s most significant speeches, including the Heaton Park rally in Manchester (19 July 1908) to a crowd of 50,000 people. First unveiled in Stevenson Square on Saturday 20 June 1908, by fellow famed suffragettes Mary Gawthorpe and Rona Robinson, it has surprisingly been out the public eye for almost a century - for a time even lying undiscovered in a Leeds charity shop. It will be now be cared for by People’s History Museum in-house textile conservation team, ensuring it is conserved for future generations.

Jenny Mabbott, Head of Collections & Engagement at the People’s History Museum, says, “The significance of this banner to suffragette history cannot be overstated, such pieces rarely come up for sale and this combined with its quality is what prompted our campaign to acquire it. What makes the banner even more special is that it witnessed some of the key suffragette rallies that took place in Manchester, where the movement began.

“Having the Manchester suffragette banner as part of our collection will help us to illuminate to visitors this important chapter in the story of Britain’s struggle for democracy so we thank everyone who has supported our campaign.”

Helen Antrobus, Programme & Events Officer at the People’s History Museum, says, “One of the reasons suffragette artefacts excite such interest is for the way these trailblazers campaigned so creatively. Alongside banners and placards they used everything from their campaign colours to their own attire to carry their message.

“So it will be thrilling to see the Manchester suffragette banner join its place alongside our collection of campaign leaflets, photographs, sashes, ceramics, Pank-a-Squith board game and three banners from Suffragette Atelier, Ilford WPSU and Brighton WSPU.”

It’s been a successful period for the People’s History Museum. Along with Manchester Histories Festival, the museum - which charts the history of democracy over the last 200 years - recently secured almost £70,000 from the Heritage Lottery Fund to develop the Peterloo 2019 Project. Spanning GPS to genealogy and a ‘crack team’ of volunteers delivering region-wide events, this will commemorate the 100th anniversary of the Peterloo Massacre.

Emmeline Pankhurst was born on 15 July 1858 in Moss Side, Manchester.

Her barrister husband, Richard Pankhurst, was a strong supporter of women’s suffrage. A member of Manchester’s Independent Labour Party (ILP), he encouraged Emmeline’s early interest in politics but passed away in 1898: leaving Emmeline on a much-reduced income, and leading her to move with her children to 62 Nelson Street.

Emmeline maintained her involvement in ILP campaigns, and was elected as a candidate to Manchester School Board. On 10 October 1903 she invited a small group of women to meet in her parlour at 62 Nelson Street. From this meeting, the Women’s Social and Political Union (WSPU) was founded, with the motto 'Deeds not Words.'

Like many other suffragettes, her fight for equality would see Emmeline arrested many times and go on hunger strike in pursuit of equality for women.

Emmeline died on 14 June 1928 only weeks before the Representation of the People Act was brought in on 2 July 1928, extending the vote to all women. First passed in 1918, this initially only granted the vote to women with a property qualification.

Emmeline’s daughters, Sylvia and Christabel Pankhurst, were central to the work of the WSPU.

Christabel had a law degree from the University of Manchester and used her legal background to defend the suffragettes. She was also behind the strategies adopted by the movement, including its militancy.

As an artist, Sylvia was responsible for some of the strong visual materials used by the WSPU; one of the first campaigning bodies ever to use design and colour to create a corporate identity. However, she was ultimately expelled from the group; both because she was interested in promoting broader suffrage (for working class women and men) and because she disagreed with the increasingly autocratic, militant leadership of her mother and sister. The outbreak of the First World War further divided the Pankhurst family, with Emmeline and Christabel supporting the war effort and Sylvia being a pacifist.

Sylvia was buried in Ethiopia, where her granddaughter Helen Pankhurst - who works for CARE International on women’s rights issues - now lives part time.

The term suffragettes emerged in 1905, when the campaign became nationally renowned. Sir Edward Grey, a leading member of the Liberal Party, was speaking at a rally at the Free Trade Hall in Manchester (now the Radisson Hotel) ahead of the general election. Having raised a ‘Votes for Women’ banner, Christabel Pankhurst pushed Annie Kenney forward to say, “Will the Liberal government give women the vote?” They were subsequently arrested for addressing the crowd, and it was when reporting about the incident that the Daily Mail used the term ‘suffragettes.’

The infamy of the suffragettes grew from this point, with members staging hunger strikes, smashing windows and assaulting police officers - often leading to imprisonment.

In 1974, the significance of the Pankhursts’ former home was recognised when - following a campaign to prevent its demolition - the building received Grade II listed status. In 1987 62 Nelson Street was opened as a small museum dedicated to the Pankhurst family and the women’s suffrage movement, with the parlour restored to how it would have been when Emmeline held her first suffrage meeting in 1903. The adjoining property, 60 Nelson Street, is a women’s centre.

In June 2014 the Pankhurst Trust merged with Manchester Women’s Aid, an independent charity providing a range of services for women and children affected by domestic violence and abuse.