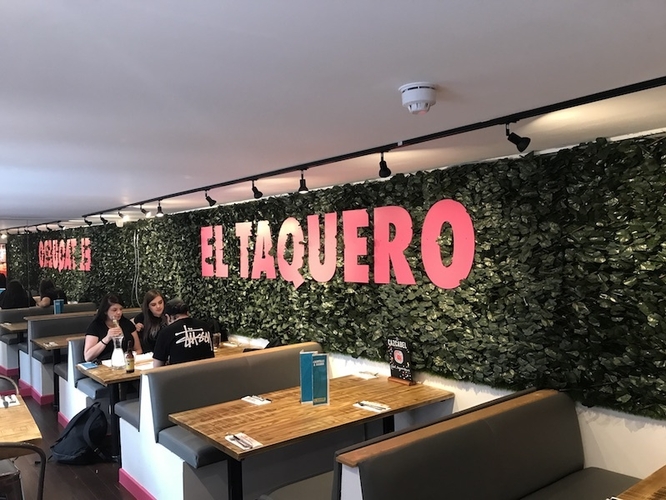 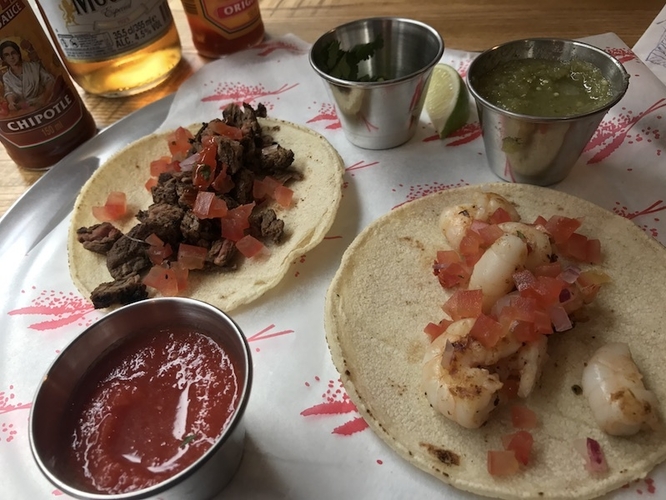 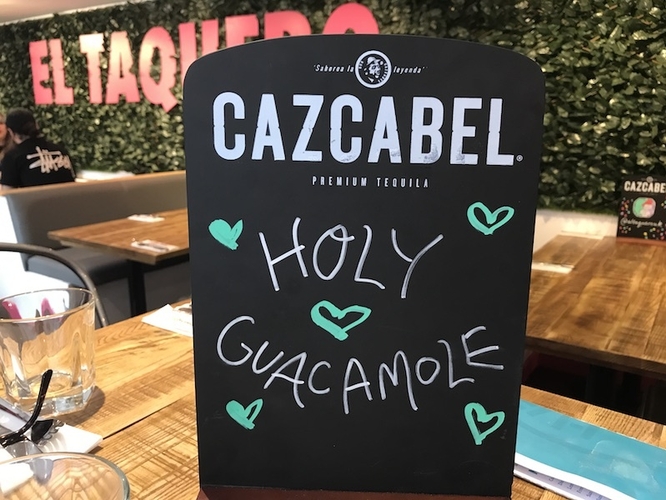 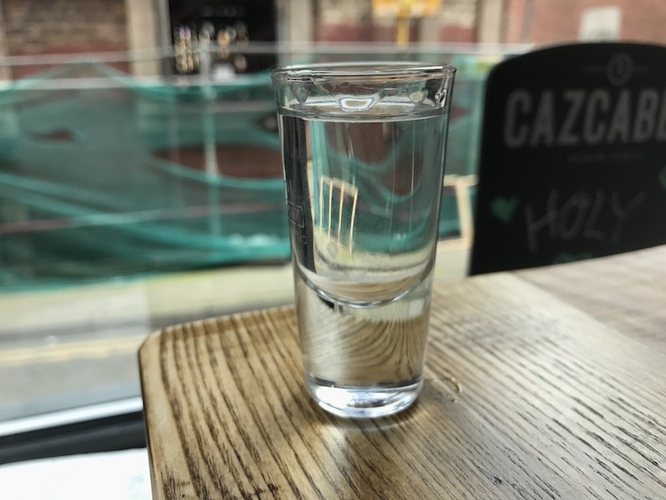 Jonathan Schofield enjoys pig, runny cheese and life in general at the finest taco joint on Back Turner Street

The pork scratchings, aka chicharron (£5) were good at El Taquero; like puffed up piggy prawn crackers, enhanced by a big, juicy bowl of guacamole. They're very crunchy, so the good news is that when the battle with the scratchings is over, scooping up the guacamole with a spoon is a treat.

The scratchings were a fine start to an enjoyable meal in a particularly hard-to-find place. For outsiders desperate for Mexican food in the Northern Quarter the best advice is find all the narrowest streets and wander about until you bump into the place. In this way guests to the city will experience, in dark doorways and shady corners, some of the less touristy ‘happenings’ of Manchester city centre.

...with nachos as scoops this was a juicy, cheesy wonder

The only time I’d visited during the Montpellier's days was to watch a football game on the big screen. I remember nothing about the occasion except how bloody good it felt to be in a bar named after a city in the recently created province of Occitanie in southern France. I’d arrived after eating one of those burgers in Solita, round the corner, which are filling, messy and the size of Tyrian Lannister’s head in Game of Thrones.  Now, Solita has followed me round the corner and taken over Montpellier's.

The publicity for El Taquero proclaimed it to be Manchester’s first taco restaurant. Marketing departments are prone to errors like this, errors that are in essence fat fibs: many Manc restaurants offer tacos and have for many years. What they meant to say was that El Taquero is the first taco restaurant to open on this twenty metre length of Back Turner Street, which is very true. Then again, lovable Franco Sotgui, the boss of the Solita mini-empire, was head of the queue when God was handing out the adjective ‘ebullient’.

These can be dull and dry if not dressed up...

Back to the review. The other starter, queso fundido (£6) is a big recommendation; a bargain and sizeable enough to easily do for a lunch. This was a fondue with ‘Mexican cheese’, chorizo and pico de gallo - a salsa of tomato, onion and most importantly, coriander (which in Spanish is called cilantro). With nachos as scoops this was a juicy, cheesy wonder and fine sharing food.

The tacos (pictured top) were up next; a carne asado (£2.75 each) and shrimp (£3.50), or in other words beef strips and prawns. These can be dull and dry if not dressed up in the accompanying salsas, coriander and dips, plus a helping hot hand from a bottle of chipotle. The tacos are apparently ‘authentic’, a word, which when used in a restaurant, normally has me heading for the nearest exit. What the hell in food, here in the West in 2017, is truly authentic?

The tacos are not bad, certainly the best on this twenty metre strip of Back Turner Street, but much better was the quesadilla of chicken with a lime marinade for £4.75. This took a terrible photo but was absolutely delicious, oozing cheese and heat with lumps of chicken thigh giving a palate boost of lime.

Naturally, it was the churros (£4.50) with a chocolate dip to close, though I would have preferred them sweeter and fattier. Bottled Mexican beers of Pacifico (£4.10) and Modelo (£4.20) are yawn inducing. Better was the 45% QuiQuiriQui Matatlan Mescal at £4.50. Apparently Mexican cockerels don’t squawk ‘cock a doodle do’ but deliver the more sing-song ‘qui quiri qui’. Though the mescal did everything but wake me up, rather it helped close the meal with a rush and a buzz then put me to sleep for an hour.

A special mention should be made of the waitress who was very helpful and efficient. The whole experience was pleasant, the décor entertaining - especially the cactus straight out of a Wile E. Coyote and Roadrunner cartoon. If you're in the area, El Taquero is worth a visit, another good neighbourhood venue for the Northern Quarter. Now, where did I put that business plan for a chain of bars across the country named after towns in the recently created province of Occitanie?