BRITAIN’S Best Sunday Lunch. What, not our Gran’s? Our Gran’s with the special Yorkshire pud recipe handed down from her Gran... and the family roasting pan brimming  with dripping every Sabbath?

No, the plaudit belongs to the Eagle and Child.

Whatever was the Observer Food Monthly thinking about when it saddled the hyperactive Rammie hostelry with this honour in its 2013 awards, just announced? Talk about a proper burden. As Arsene Wenger (very much a pot au feu man, I imagine) once famously remarked, in another context, “Everyone thinks they have the prettiest wife at home." Thank goodness I don’t cuddle up to a custom-built carvery chez nous.

To tell the truth, I rarely venture out in search of seared flesh. I could count on the toes of one hoof the times I’ve turned up at a pub for the traditional Sunday lunch. Now I’ve done it two weeks running. The local Swaledale lamb in The Bridge at Grinton was exquisite. Soaked to the bone after a feeble ramble, I craved the roast that restores – and it did. Now, seven days on, in a less moist  Ramsbotttom (sic) the plan was to road-test the E&C’s garlanded beef.

The Eagle and Child’s sirloin comes from the Trough of Bowland via Albert Matthews’ butchers on Bury Market and is served medium rare. I prefer Rib of Beef pink as a baby’s cuticle, but had to admit this was trencherman stuff, while the pudding was fluffy as a cherub, the horseradish a fair sinus-clearer. Oh and there was mash, roast spuds and root veg in gravy. All around happy punters were lapping it up as I was starting to twig the reader-voted award wasn’t just about the food.

To get down with the natives, the OFM sent up a Manc-in-exile, former City Life editor Luke Bainbridge, to profile landlord Glen Duckett’s innovative operation. There is North West previous with the Best Sunday Lunch. Chorlton’s Parlour won the award last year and are runners up this time. Jamie and Goska are doing a great job there, but it’s a dining pub they are running. Glen is running a high-minded “project” on his hillside with its panoramic views of Foodie Rammie. 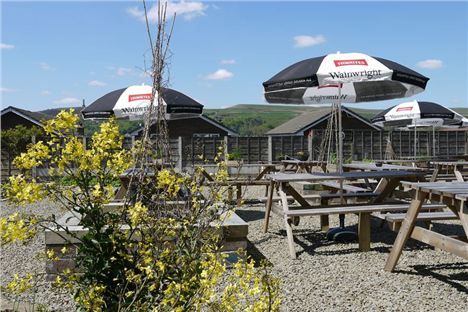 Before the froth had settled on my Wainwright (the E&C is tied to Thwaites’ dull range, alas), Glen whisked me into the Incredible Beer Garden – it being autumn, slightly less green than the Incredible Hulk, but an impressive powerhouse of fertility in the making.

Hens cluck on their own clumpy patch, the winter brassica and medicinal herbs cling on in the raised beds and peppers still sprout in the polytunnel. To keep the al fresco flourishing in the run-up to Christmas a heated yurt is planned for the terrace and by next summer there’ll be an outdoor kitchen with appropriate murals from local children. 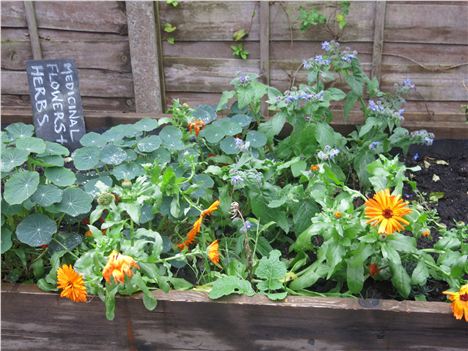 It’s a far cry from the sad, boarded-up place Glen took over just two years ago, installing Eve Townson in the kitchen. This former head chef at Simply Heathcotes Manchester has a strong commitment to locally sourced raw materials in season. Hence the Incredible Edible tie-in.

Glen shows an equal commitment to helping disadvantaged youngsters. With a background in youth justice at Gateshead Council and community regeneration at Leeds charity Groundwork, he has chosen to recruit unemployed under-25s, including young offenders, who have been given their break through a scheme called EAT Pennines.

Whatever the principles involved, though, the proof is in the pudding (and not just the Yorkshire). Eve was away at a chocolate event in London but the whole kitchen operation seemed to run smoothly. The Sunday lunch works out at two courses for £15.95, three for £18.95 – pitched about right. 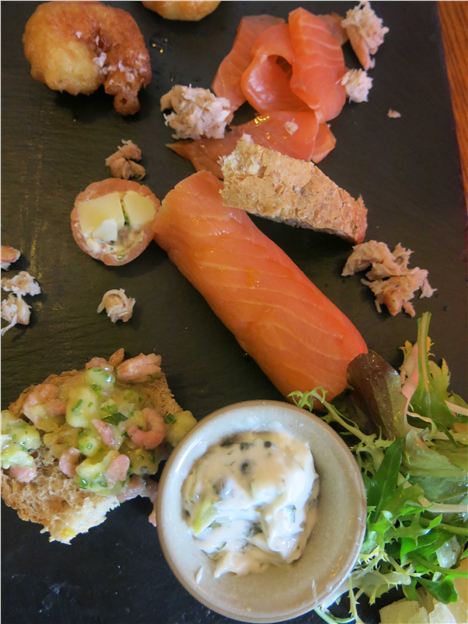 It’s consistent with the a la carte. No one’s reinventing the wheel or dabbling in molecular cuisine, but there’s playfulness in a starter of 'Fine Fettle' Bonbons (deep-fried goat cheese lollies) with pickled beetroot, tomato, shallot and tarragon and the array of imaginative 'kilner cocktails' (anyone for Sarsparilla Jack, which contains Jack Daniel’s and comes with the warning “Don’t tell Mr Fitzpatrick!”)

In my wife’s fish platter starter there’s generosity allied to a real delicacy of touch. Similarly my ham hock terrine is quite a rarified take on what can be a jellied stodge. I particularly like the wee bullets of beetroot in the terrine and the joy of a proper home-made piccalilli.

My Yorkshire-raised spouse approved of the pud she sampled from my roast beef plate, but didn’t get any with her roast – of monkfish, given a rather plain treatment and accompanied by new potatoes. Her two glasses of house wine were equally unexciting; I stuck with the passable but unloved Thwaites. 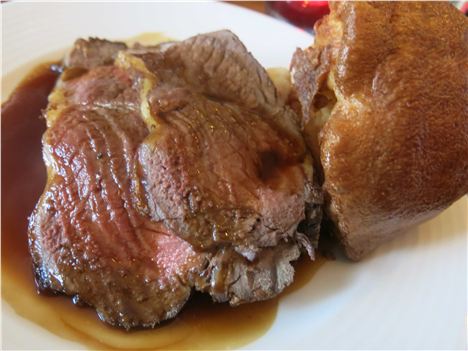 For dessert, I preferred my unctuous chocolate brownie with vanilla ice cream to her banana parfait – nice texture, lacked intensity – while double espressos were on the weak side. Small quibbles in a very satisfying lunch experience with warm service and surprisingly cool surroundings given the exterior’s still a bit unreconstituted old pub in appearance. This is still a project in progress.

A smart new pub sign has replaced the old representational baby and bird, which lies propped up. Sign of the times. This award-winning Eagle’s flying.

Rating: 14/20 (remember venues are rated against the best examples of their type - see yellow box below) 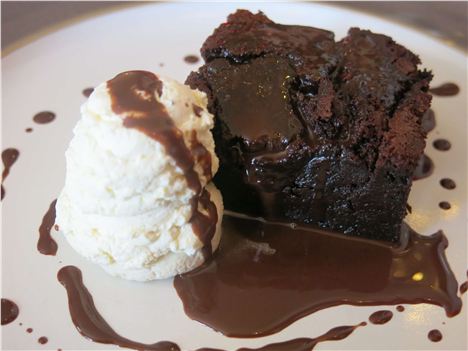 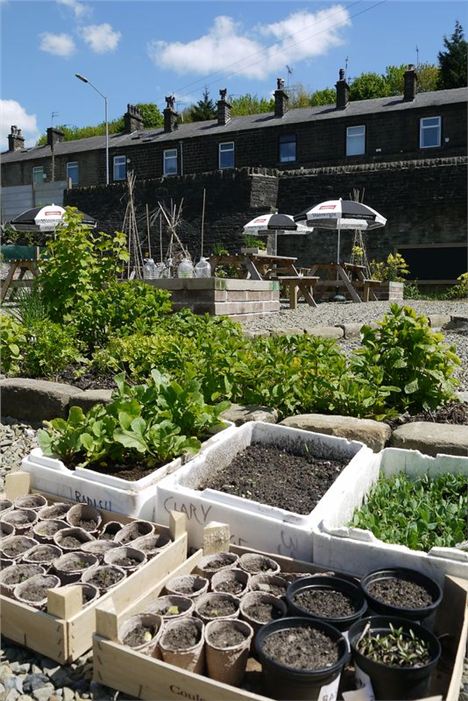 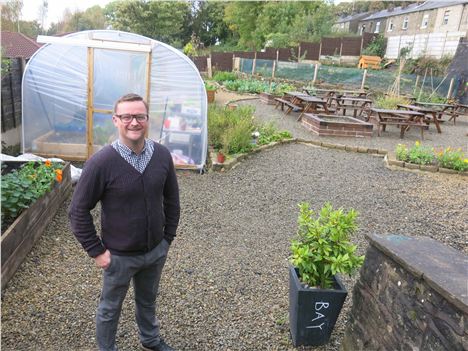 Glen And His Incredible Beer Garden 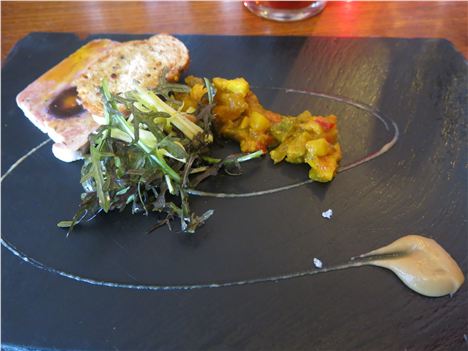 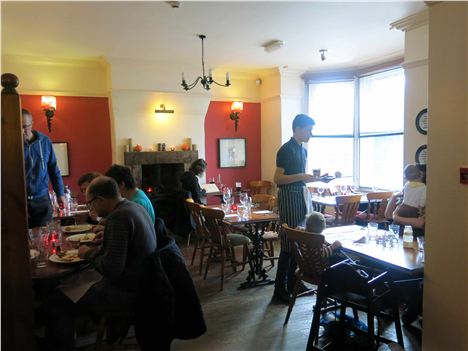 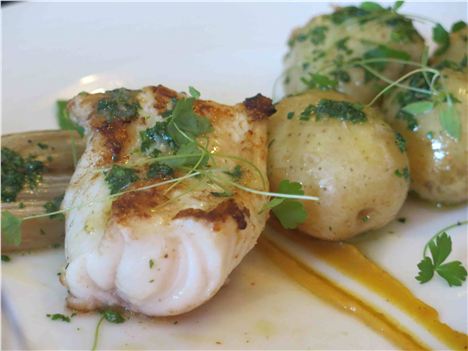