He’s welcomed over 1.5m visitors on his UK tour so far - now Dippy the famous dinosaur cast has arrived in Rochdale, his only North West destination, where he’ll be exhibited at Number One Riverside from 10th February to 28th June.

A replica of the diplodocus, a herbivorous dinosaur from the Jurassic period which is around 150 million years ago, Dippy has never before left his home at London’s Natural History Museum; making his eight-venue ‘holiday’ a massive deal quite literally.

Fossils of an original diplodocus were first found by workmen in Wyoming, USA, in 1898 - prompting illustrious Scottish philanthropist Andrew Carnegie to fund a full expedition. Once unearthed, the whole skeleton was displayed in Carnegie’s Museum of Natural History in Pennsylvania’s Pittsburgh, where it remains to this day.

Not long afterwards, Carnegie was entertaining Edward VII at Skibo Castle when the King, on spotting a photograph of the diplodocus on the wall, commented how much he would like one for the Natural History Museum. Carnegie decided to commission a replica and Dippy was unveiled in 1905: he’s been wowing London visitors ever since and even inspired nine other museums worldwide to commission their own.

A towering 26 meters and comprised of 292 bones, Dippy - who would have weighed thirteen tonnes as a real-life diplodocus - is free to view and accompanied by a family-friendly exhibition (also free) at nearby Touchstones. Inspired by the Rochdale environment at the time diplodocus roamed the earth, this spans three galleries and allows visitors of all generations to engage with interactives and hands-on displays as they learn all about the dinosaurs and the natural world.

In the Dinosaur gallery, visitors can learn about dinosaurs like the diplodocus and the T rex, get up close to fossilised bones, teeth, eggs and dinosaur poo and take a look at world-class fossils on loan from the Natural History Museum and the Manchester Museum. 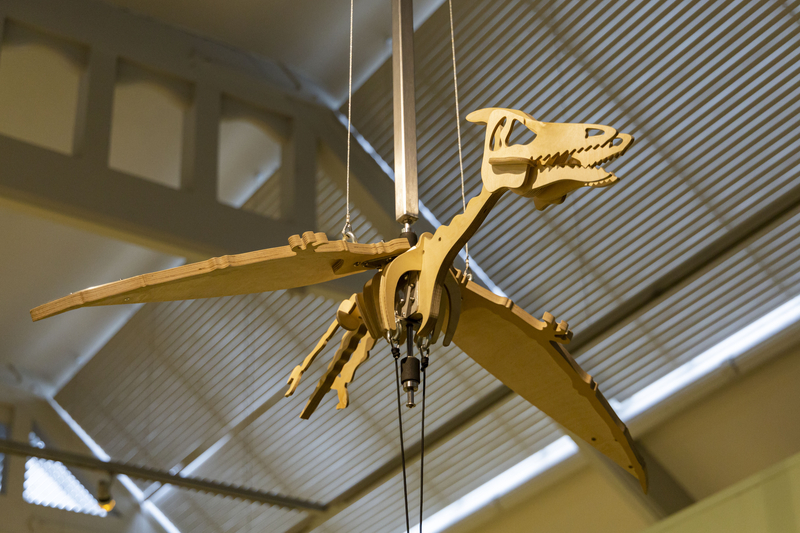 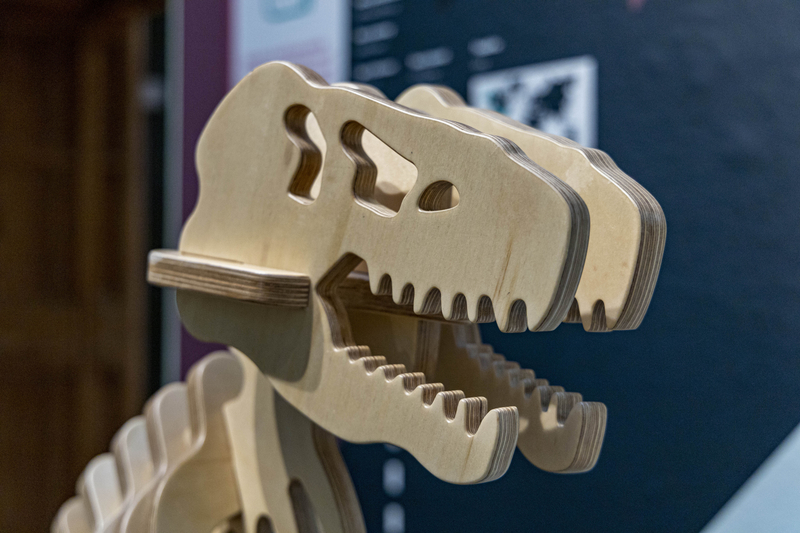 In the Swampland gallery, complemented by ‘bog gardens’ across the borough, visitors are transported back in time to the Rochdale of 300 million years ago; exploring an immersive atmospheric space where giant plants grow and strange creatures roam. See the fossil of the famous Rochdale scorpion, who would have lived in a boggy swampy landscape, and watch it ‘comes to life’ through augmented reality.

Finally, the Our Changing Planet gallery shows how small changes can make a big difference to the future of our planet, a major theme of Dippy’s stay in Rochdale. Its centrepiece is a gigantic 1700-bee swarm, knitted by volunteers both locally and as far as Spain, highlighting the importance of bees for biodiversity.

Speaking of the exhibition, deputy CEO of Link4Life Darren Grice said: “Dippy is one of the most iconic (and gigantic) exhibits we can think of so we wanted to make sure the exhibition at Touchstones is one of our most ambitious and exciting ones yet! The team, with support from the National Lottery Heritage Fund and the Natural History Museum, have worked really hard to produce an experience that includes exhibits, digital innovations, events and education."

Both Number One Riverside and Touchstones Rochdale will host a café and dino-store for the duration of Dippy’s stay, and a new mobile-friendly app has been created to guide visitors between the two venues; visitors can learn interesting facts about the historic landmarks that they’ll see en route and children can complete a quiz to collect Dippy’s bones and complete their own dinosaur skeleton.

Dippy will be in Rochdale from 10th February - 28th June 2020. The Dippy exhibition at Touchstones will be extended until 5th September for visitors to enjoy throughout the summer school holidays.

Director of the Natural History Museum London, Sir Michael Dixon, said: “It has been a joy to see the enthusiasm with which Dippy has been welcomed to Rochdale.

“Dippy will take pride of place in the council’s energy efficient offices, Number One Riverside, which incorporate renewable and low carbon technology. This is a fitting venue for Dippy who has become an ambassador for the natural world, engaging audiences of all ages in conversations about our crucial role in the future of the planet.”

It’s free to meet Dippy and see the Dippy exhibition and only large groups and schools need to book. Full details on both, plus Dippy events across the region, can be found at visitrochdale.com/dippy.

One of the largest porcelains in the Sir Percival David Collection held at the British Museum, a beautiful glazed blue and white garden seat dating from the Ming dynasty (1368–1644), is also on its first UK tour this year. Current destination? Manchester.

Crafted for the court of one of the longest-reigning of all the Ming dynasty emperors, the Wanli Emperor (r. 1573–1620), the seat gives an invaluable insight into Chinese court culture, and will be accompanied by a series of special events.