CLUSTERS is the word for a group of tall buildings. It brings to mind haemorrhoids. In the case of the Green Quarter, the buildings look like haemorrhoids, a cluster of disassociated, chaotic designs crammed together: piles of them, grouped painfully around a central void.

Deansgate Square is another cluster of flats, with two towers almost completed and two more to come. But this one is different. The designers are SimpsonHaugh Architects, the developer is Renaker. At 201m (659ft), the tallest tower, the South Tower, will be the fifth tallest building  in the UK, and massively taller than any other building outside the capital. The completed tower is the West Tower at 140m (460ft). The others will be the North (122m) and the East (158).

The two nearly completed towers have a majestic simplicity, they are slender, with concave sides, and catch the light in a myriad ways as the day changes. They are as Ted Hughes, the poet, once remarked about the moors: ‘stage(s) for the performance of heaven, any audience is incidental’.

Externally Deansgate Square is beautiful, there’s a purity of form and elegance that feels as sophisticated and graceful as Grace Kelly entering a Riviera casino in To Catch a Thief.

I feel they are, externally, SimpsonHaugh’s best work in that practice’s vast portfolio of projects in Manchester, including Beetham Tower. Castlefield/Deansgate Station and the associated works come second. 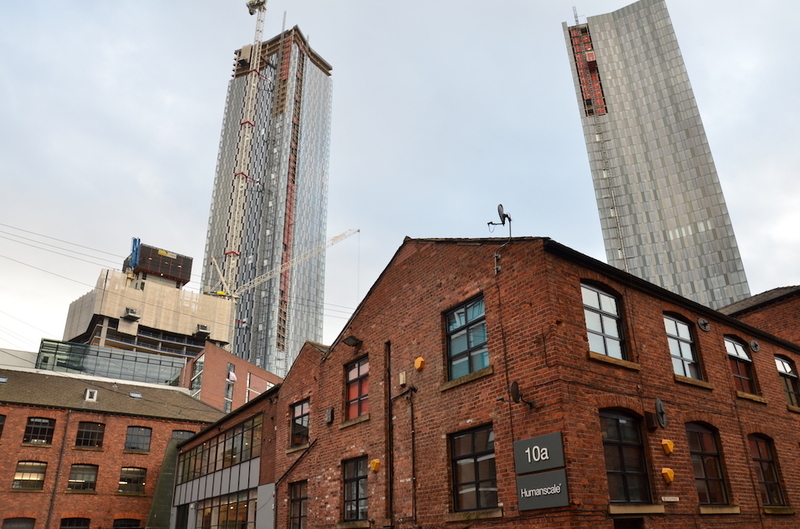 Let’s push this further. I'd take the tallest tower on Deansgate Square over the four taller structures in London. The tallest, The Shard (310m), looks so self-conscious and vain a project, it should be given arms to hold a mirror up to itself and pout. There is something terribly Dubai about it, a whiff of a state run as an autocracy with a poor human rights record. One Canada Square (236m) in Canary Wharf looks dated now, formulaic, and grimly corporate, like a bad scene from Wolf of Wall Street.

Stood on top of the South Tower, Manchester is laid out before you like a printed 3D map. Beetham Tower looks dwarfed. It is. This 65 storey building is over 30m (100ft) taller. The way Manchester is surrounded on three sides by the Pennines is graphically underlined. At rush hour the way Manchester city centre is beleaguered on all sides by traffic congestion is also graphically underlined. It was exhilarating being up there. It was fabulous scooting up the side of the building in a lift too. 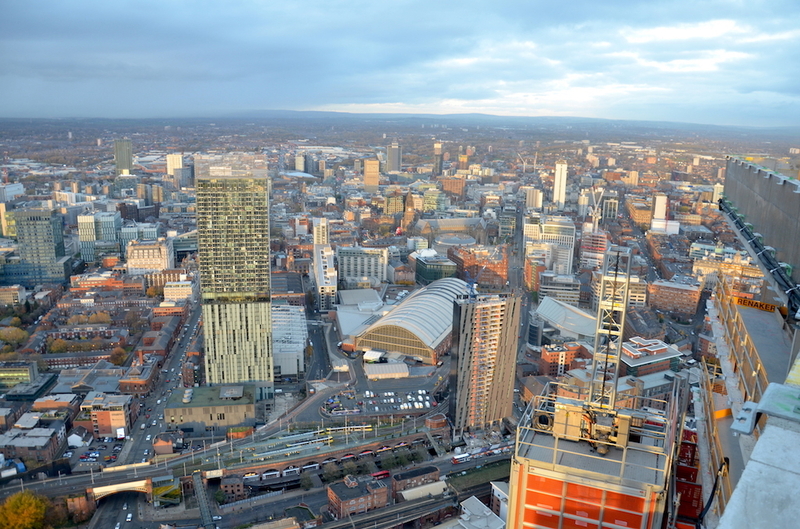 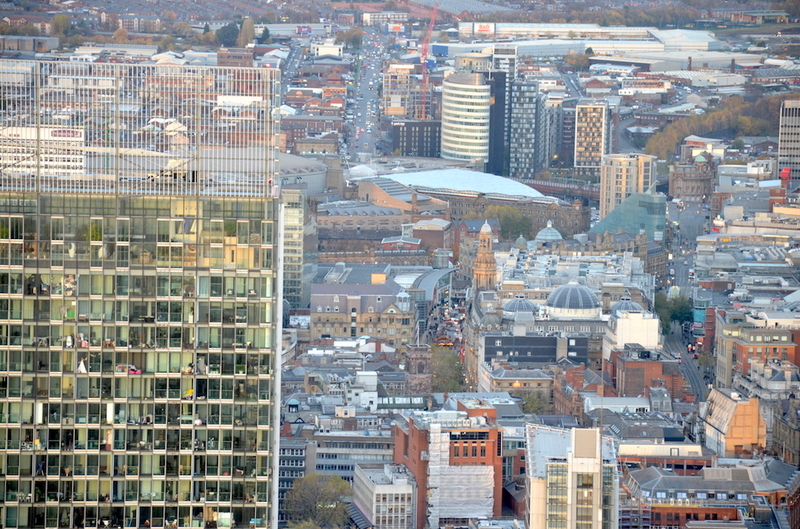 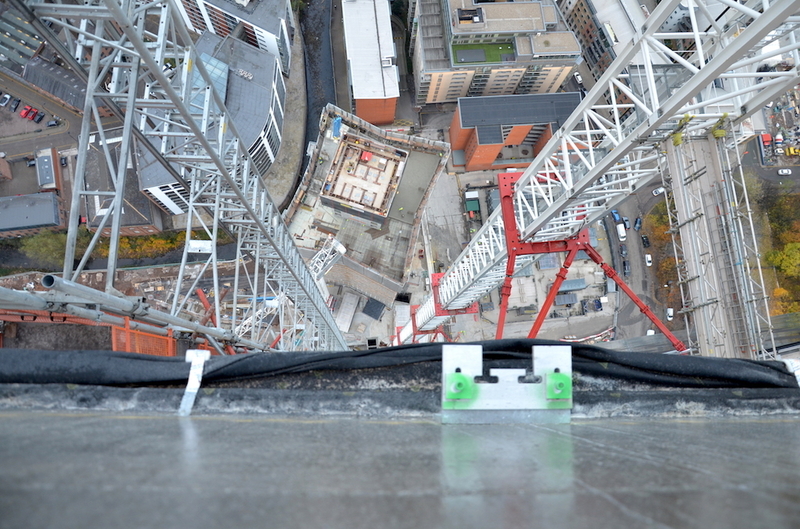 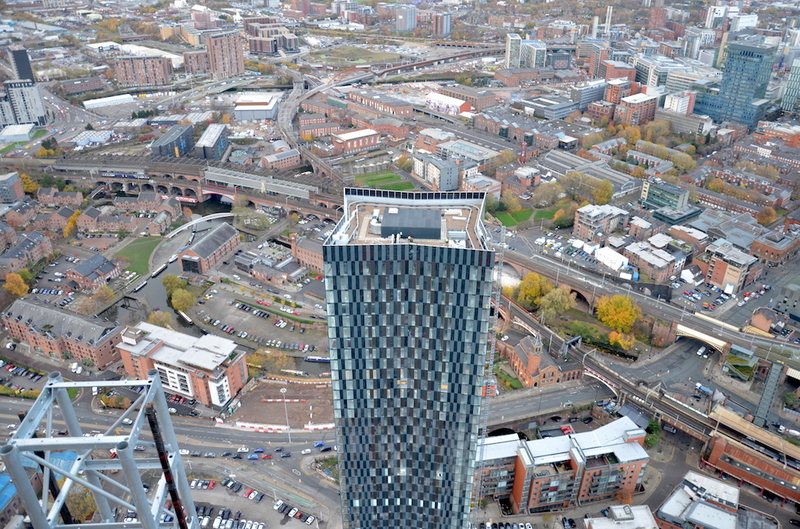 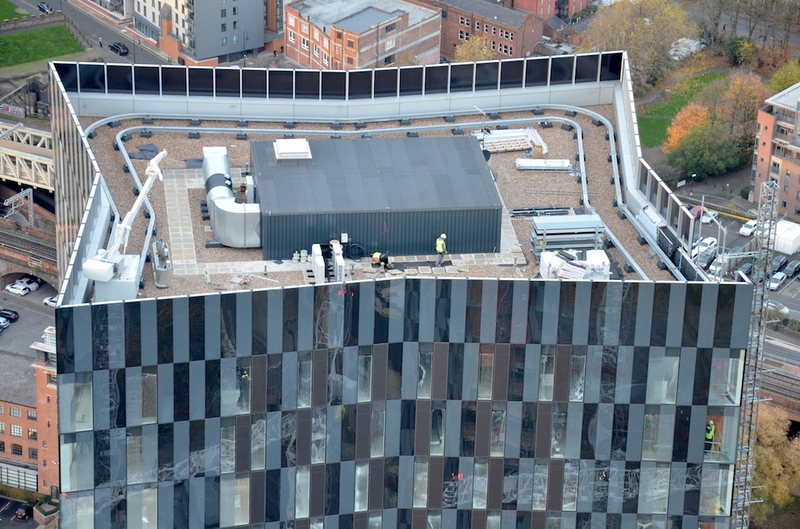 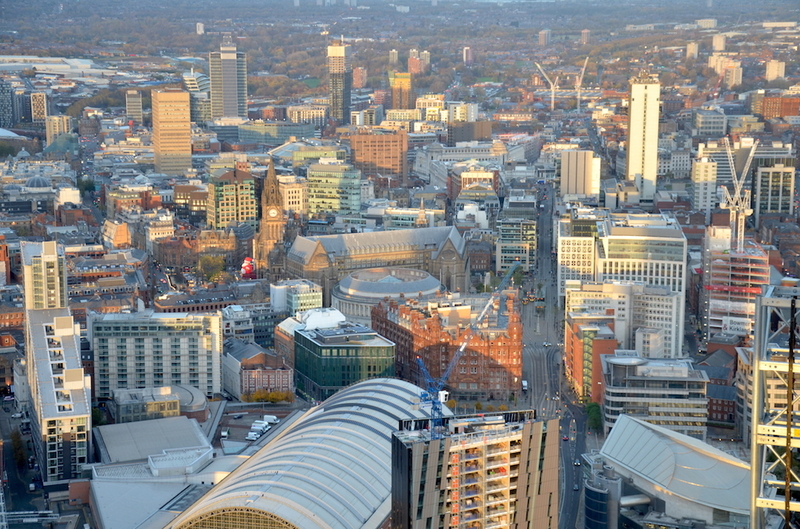 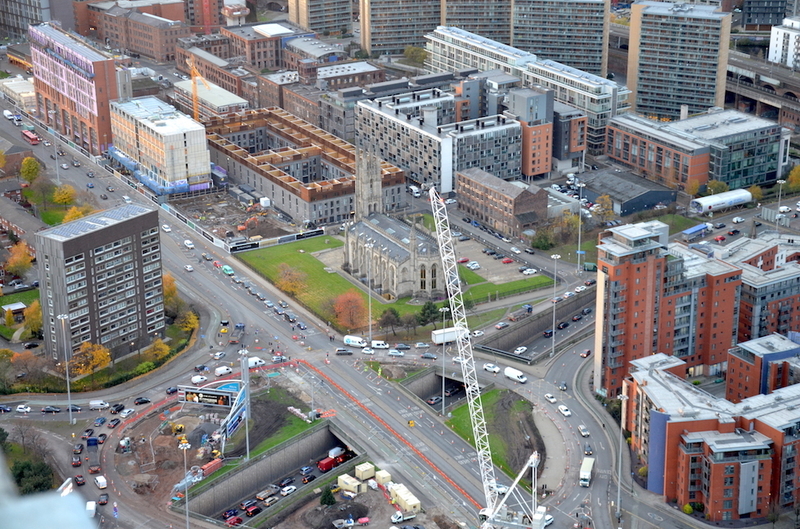 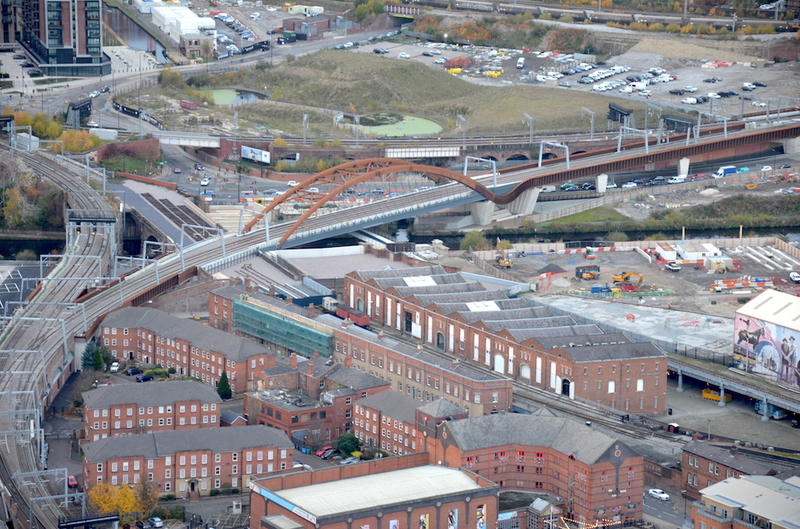 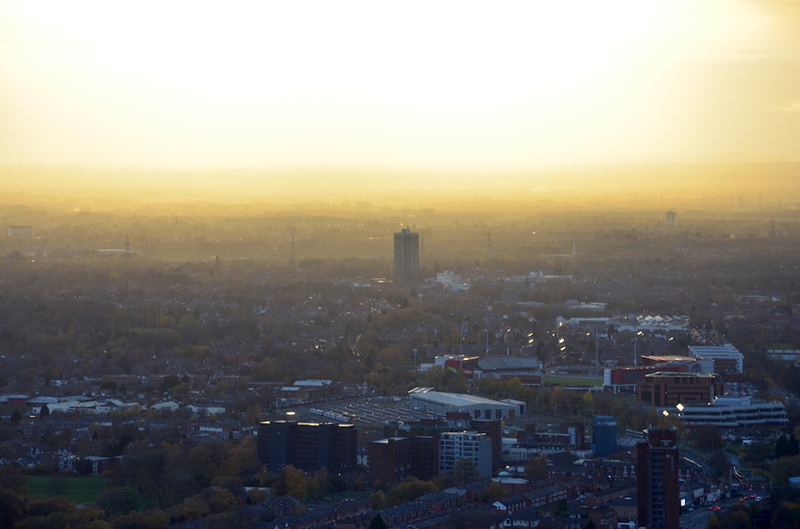 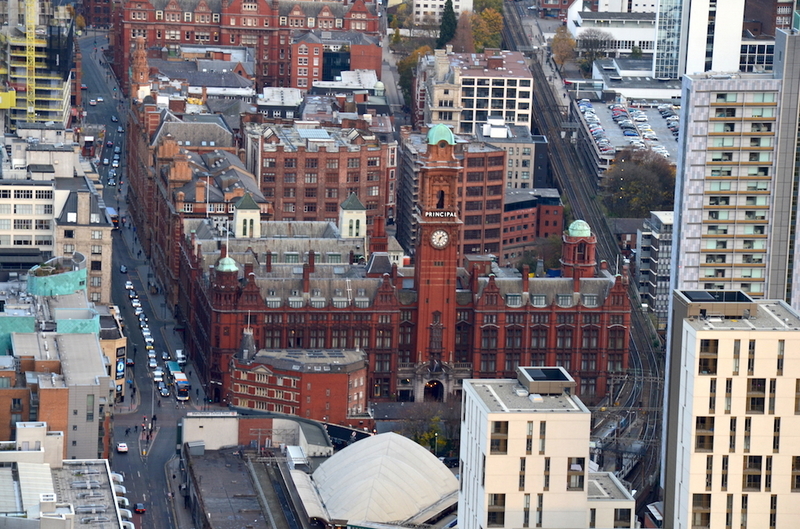 The show flat looked smart and sharp, prices range from £390K to £2m. The main fascination for someone not buying a flat are the unfortunately named ‘purge vents’, which show up on the facade as the darker elements. These allow fresh air into the flats through a grill behind a door. Clearly a person or committee with no historical knowledge of the darker connotations of the word ‘purge’ came up with this name. Pushing someone out at 180m sort of sums that up.

With the images sent out on social media it was inevitable that a Twitter person would ask about the provision of social and affordable housing at Deansgate Square. Well, it has a sports hall with a tennis court and a swimming pool, but no social housing element. And why should it? That’s not a question to be asked of every city centre development, unless these people have never been to any other city centre in the world.

Cities are about variety and should embrace all incomes. Manchester has shocking inequalities and there are huge questions to be asked about social housing, but not in every instance, not for every development. Let’s pursue this in another article more completely and assess if the major developers are doing their duty by Section 106 agreements and if the council is making sure they do so.

There’s a final sweet historical echo here with the fact Deansgate Square sits on the site of William Galloway’s iron foundry where, in 1855, Henry Bessemer perfected the mass-production of steel through the removal of impurities from iron by oxidation. Without Bessemer these four tall towers wouldn’t stand up. Two of them are now standing proud, elevating Manchester’s skyline both physically and aesthetically. 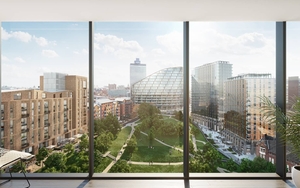 JLL – Get in touch and you could be picking up the keys to your...

The key to buying a home in one of Manchester’s most exciting new developments?
● / Things To Do