The second most divisive issue around the Christmas dinner table after Brexit is surely the humble sprout. Brussels sprouts are more of a Marmite thing than, well, Marmite. A quick straw poll in the Confidentials office revealed that we are heavily in the pro-sprout camp. But the haters among us are really, really cross about them.

This year in addition to the sprout gin, sprout crisps, sprout ketchup and sprout toys there are also some chefs doing unspeakable things with sprouts. Some traditionalists in our midst are calling them crimes against sprouts while others are all for anything that makes those mini cabbages more palatable.

These might be right up your street, but we’ve, er, brusselled up a list of offenders below… 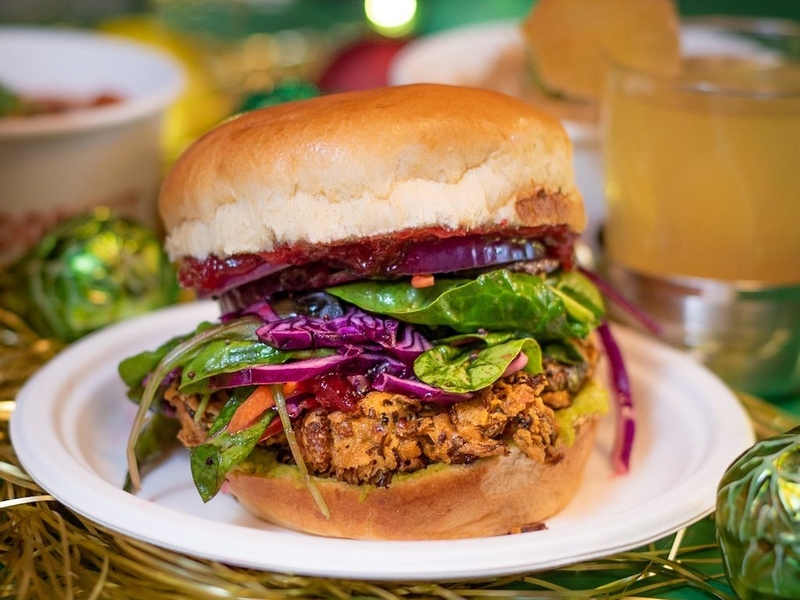 Back by popular demand, Bundo’s sprout bhaji has been scaled up this year and is now available in butty form as well as the usual l’il pot. Spiced and jumbled up with some other veggie pals before being deep fried and whacked into a soft bap with red and green chutneys, it’s a Christmas cracker in our book. As an extra bit of un-Scrooge-like philanthropy, a quid from each butty will be donated to local homelessness charity Mustard Tree. 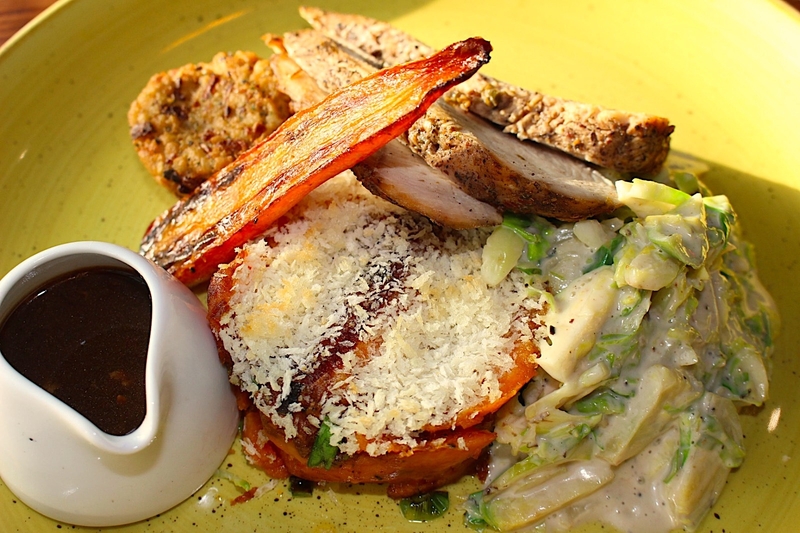 Island Vibe’s Xmas menu has all your seasonal favourites but with an injection of sunshine flavours. Think jerk turkey with stuffing, parsnip soup with nutmeg and coconut or banana tart with rum and raisin ice cream. But it was one unusual side dish that caught our eye: coconut braised sprouts. An inspired choice if rockin' around the palm tree is more your thing. 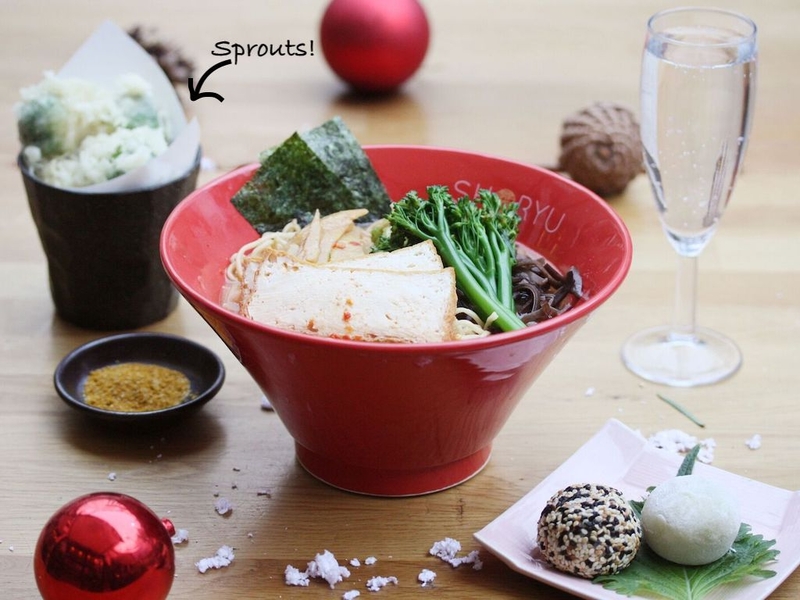 Temple of noodles Shoryu Ramen on Piccadilly Gardens do love their seasonal themed dishes. They're also not afraid of throwing strong flavours at other strong flavours - like Arnie vs The Rock? Shoryu’s sprouts are left whole, tempura battered, deep fried and then drizzled with truffle oil with some curry powder dipping salt on the side. Wow. Find these on a set menu alongside bao buns, ramen and mochi for dessert. 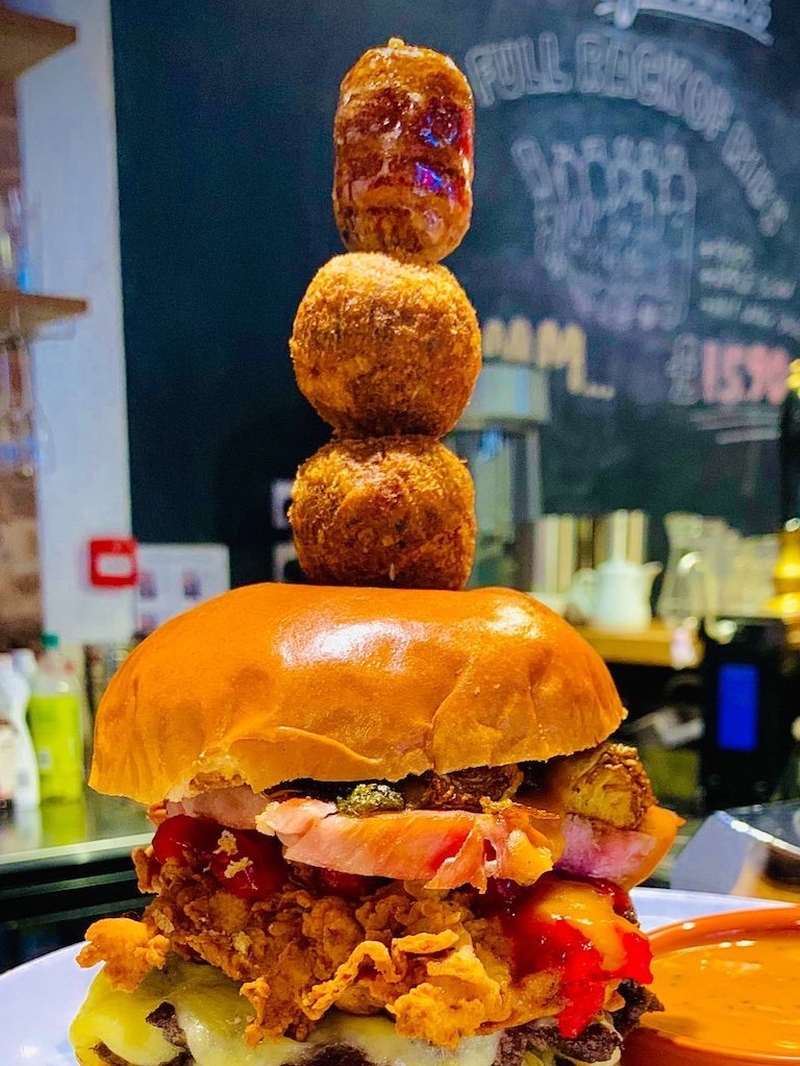 Deep-fried sprouts - Solita £23.90 as part of a two-course Xmas menu

It’s been Xmas burger wars on Twitter this week as people start releasing their efforts for 2019. In the running were Solita, who have long been known for treading where others daren’t with their mile high meat mountains. Speared like a sad snowman on top of this Xmas burger - which includes wagyu beef patties, buttermilk turkey breast and gammon amongst other things - you’ll find two deep fried sprouts and a deep fried pig in blanket. 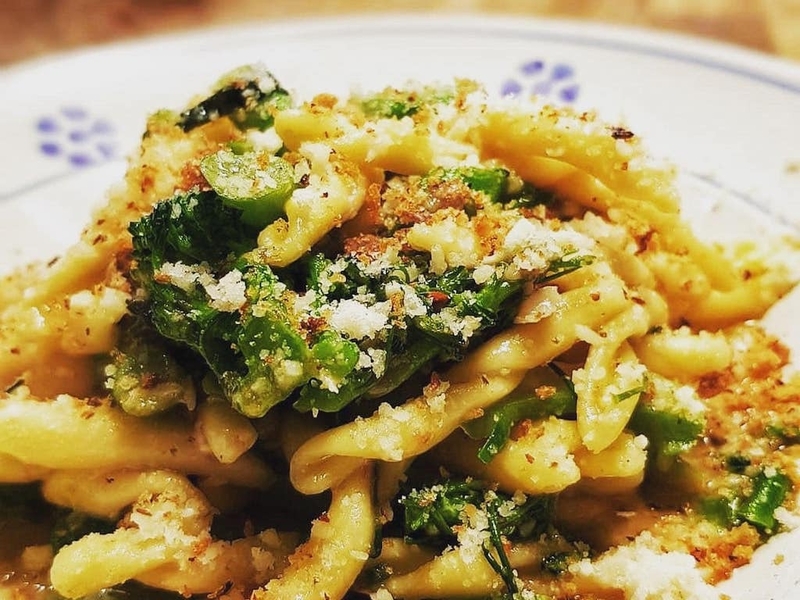 Fancy something a little less heart-attack-inducing? If, like us, you actually like the flavour of sprouts, this one might be the bulb that gets your sprout-shaped fairy lights working. The pasta masters at Sugo have created a subtly Christmassy dish of strascinate (kinda like orecchiette) with crispy pancetta, shredded sprouts, thyme, chilli, grated Parmesan and crispy pangrattato. Buon Natale! 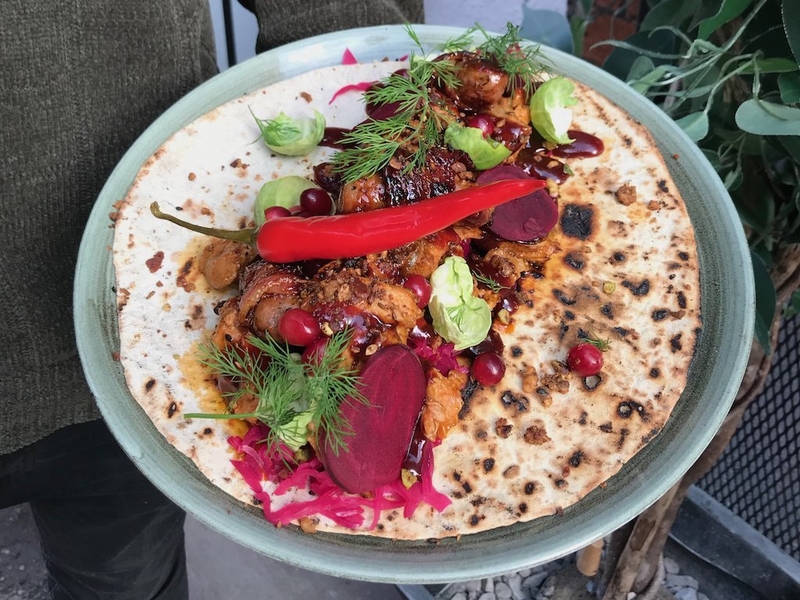 Ahh leftovers, for some they’re the best part of Christmas eating. A boxing day sarnie is a chance to let your imagination run wild and just when you thought there could be no improvement on your own tried and tested version, Bab have gone and outdone it. This amped-up kebab version of that essential Crimbo butty features turkey shawarma, pickled red cabbage, beetroot, pigs in blankets, cranberry chilli sauce and - you guessed it - sprouts. These sprouts are present in their purest form as raw, pale green petal confetti. 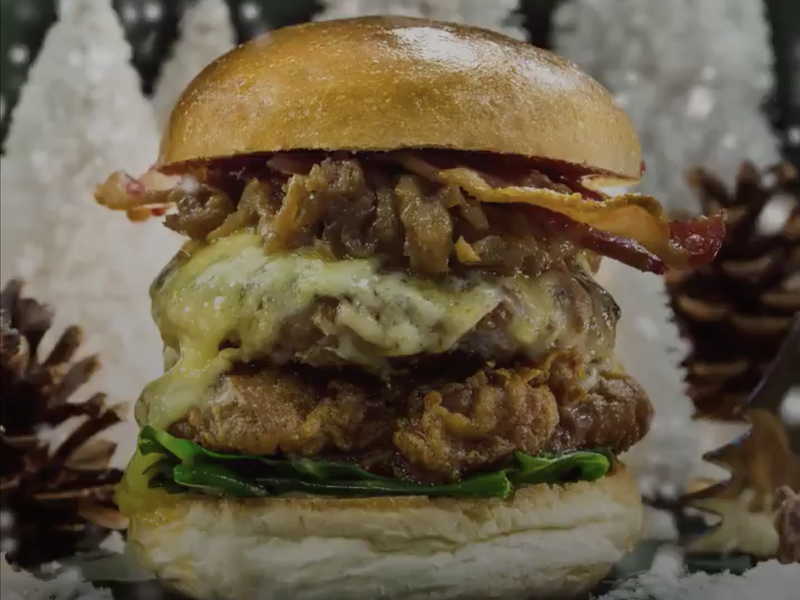 Sprout tops are often criminally ignored but the resourceful types at Hawksmoor - who are always finding new ways to fight food waste - are using theirs to add festive greenery to their popular Christmas burger. Alongside the sprout tops, Hawksmoor’s burger features turkey and pork patties, cranberry, Ogleshield cheese and a great pot of gravy for dunking. The tops have a milder flavour than the sprouts themselves and are very nutritious, which basically qualifies this as a health food. 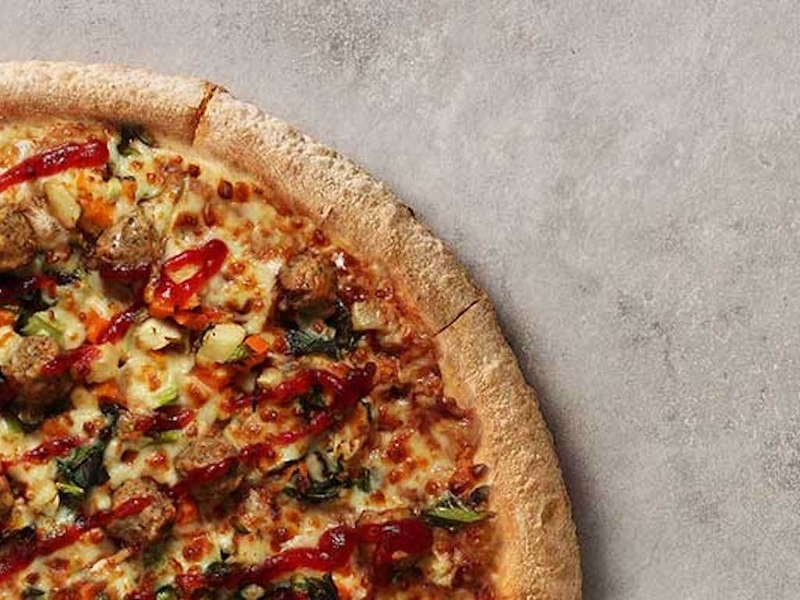 We're not in the habit of trumpeting the virtues of nationwide junk food chains but so far all our favourite local pizza joints have let us down on the novelty Xmas pizza front - although we have heard whispers of an utterly bonkers (and sprout-less) Xmas special in the works from Pedro's. Anyway, we couldn't help but notice the festive pizza from Papa John's. This one features a red wine gravy base, turkey meatballs, carrots, parsnips, cranberry drizzle and - you guessed it yet again - sprouts.