Council lay into The Guardian over 'wildly inaccurate' claims

Newspaper labels Manchester the '0% city'... and the council ain't happy

On Monday 5 March, the paper published an article titled 'Housing crisis: 15,000 new Manchester homes and not a single one 'affordable''. In the article, author Helen Pidd claims that 'none of the 14,667 homes in big developments granted planning permission in the last two years are set to be “affordable”'.

This, she says, puts the council in 'direct contravention of its own rules' on affordable housing - which state that 'any development of 16 or more units or on a site larger than 0.3 hectares should include 20% affordable provision'.

In a follow-up article, published on Tuesday 6 March, Pidd and co-author Charlie Cocksedge say that the findings are 'no surprise', given the 'city's relaxed attitude towards developers'.

The article goes on to mention a series of large-scale property developments granted approval by the council. These include the council's own scheme to build 700 properties in partnership with the Abu Dhabi United Group, which will be rented at 'market rates', and the 1,508 apartments under construction by Renaker on Owen Street, which avoid affordable housing requirements by way of a 'viability assessment' (a controversial loophole which allows developers to avoid including affordable housing by demonstrating that doing so would make their schemes financially unviable - in other words, less profitable)

Really sticking the boot in, The Guardian published a third article on Tuesday, criticising the council's 'wide-open development policy' which results in 'the poor being forced to the edges (of the city)'.

As you'd imagine, the council are smarting.

In a statement issued on Thursday 8 March, Manchester City Council dismissed the Guardian's claims, rejected the research they were based on, and presented its own 'actual performance figures'.

According to the council, the research* was based on 60 applications considered at the Planning Committee during 2016 and 2017, but 'did not include a further 70 applications dealt with under delegated powers'.

'There are 548 affordable homes under construction and a further 1,711 in the pipeline​'

The council say of the 14,667 homes covered in the 60 applications, 1,458 were for student accommodation, and of the remaining 13,209 homes '600 were demonstrably affordable under the government's definition - equivalent to 4.5% of all homes built'.

They go on to say that if the research had taken into consideration the other 70 applications, it would have found 'an additional 900 homes that can be classified as affordable'.

Deputy Leader of Manchester City Council, Bernard Priest, said: “We have been clear from the outset that The Guardian’s portrayal of Manchester is wildly inaccurate and you just have to walk around the city to see that this is the case.

“We know that affordable housing is a key issue for our residents and we are working quickly to make sure Manchester people have a quality home that they can afford.”

According to a new council report, there are 548 affordable homes already in construction in Manchester with a further 1,711 in the pipeline.

*A previous version of this article wrongly attributed the research findings to Dr Jonathan Silver from the University of Sheffield. This is factually inaccurate. Dr Silver did not undertake any research for The Guardian but undertook his own study. You can read his rebuttal here. The council later issued a retraction, absolving Dr Silver.

- Why does the Mayor of Salford live in a council house?

- Why Is Manchester's Planning Policy Making People So Angry?

Party Pooper 9 March 2018
Good for Manchester and it’s real Labour Party, providing what the people of Manchester need. I wonder how much of this attitude shown by the Guardian relates to its London centric view of the world. Manchester is again a world class city and free to make its own choices, unlike London (eg Haringey) where the domination of local councils by the NEC is total. Does that cut across the central planning of the London Marxists? Is this the first Momentum salvo, aimed at getting Manchester into line?

Mark McGinn 10 March 2018
"Is this the first momentum salvo..." I hope so. "Free to make its own choices" to do what? Sell prime city centre property to overseas buyers, so they can make a vast profit? Gee! Thanks Manchester City Council! I wonder how many "gifts", foreign trips, meals in exclusive restaurants are needed to buy this acquiescence to global capital. Anyway it's not a problem, us ordinary Mancunians can live in Cheetham Hill and Newton Heath and be close by to get a job changing the sheets and cleaning the bathrooms of our betters and their tenants.

Wendy Duong 9 March 2018
What they say isnt actually that far from the truth. If you are actually in the middle of the developments going on, prices have shot up rapidly but the compensation paid to owners are a pittance which you have to fight for. Its a scam in itself allowing developers to make the kind of money involved when if the council themselves built the house making the millions in profit to further fund other developments. I think the powers given to the local authorities are too much considering the mess is caused by them and the people who lose out are the local people in the areas

Manci Doodle 12 March 2018
The Guardian has another piece on this subject today by John Harris (grown up here) which is a little more nuanced. His main point is that Mcr is now sucessful enough not to simply take what every developer offers but to have a grown up conversation about what we want the city to be like...
Read Next
● / News & Comment 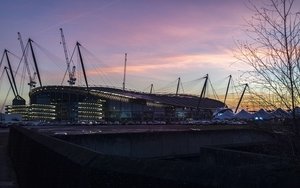 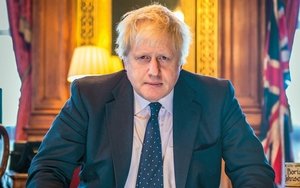 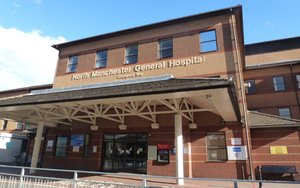