MANCHESTER City Council and Abu Dhabi United Group, the owners of Manchester City, have formed a joint venture partnership that will transform the housing offer in the city.

Up to £1billion of investment is available over the next decade to build 6,000 new homes for private rent in a sweep from Great Ancoats Street out to the Etihad Stadium.

If Manchester gets it right in terms of design, space, management and community it could set the standard for the rest of the country in terms of rental property.

It’s a massive coup. A game changer on a national scale.

If Manchester gets it right in terms of design, space, management and community it could set the standard for the rest of the country in terms of rental property.

There is also the provision for other multiple investors to be involved.

The deal has been a long time in the offing with whispers of large scale Middle Eastern funds first emerging at the end of last year. That it’s only being announced six months later shows the complexity and hard work needed to make it happen.

Chief executive Sir Howard Bernstein has played a major role. As one insider said: “He’s not just swum the Channel to bring this one off – he’s swum the bloody Atlantic.”

While people may feel he can be out of touch with some city issues, as readers have pointed out on these pages, Bernstein certainly has flair in pulling off these macro-investment deals.

The Town Hall is understandably chuffed.

Sir Richard Leese said: “The planned transformation of the eastern edge of the City Centre is the single biggest residential investment Manchester has seen for a generation. Building thousands of quality new homes will be a fundamental part of our growth story and will deliver significant socio-economic impact.  We look forward to working with Abu Dhabi United Group to create a world class exemplar of regeneration." 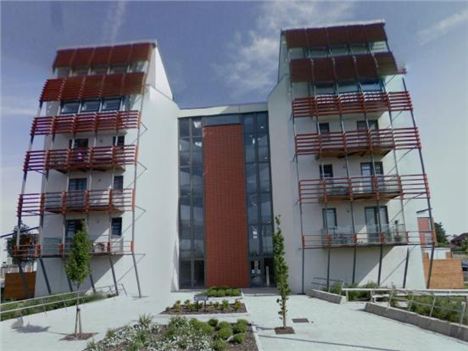 So what will it mean?

The partnership will be called Manchester Life and development will happen in phases with the first phase of 830 homes being built across six sites in Ancoats and New Islington.

Working out from the city centre into areas which have already had significant public and private investment makes sense, not least because the city now owns the sites in question.

Initial designs are already being drafted and construction could start as early as next year if plans are completed and approved with a newly formed Manchester Life Development Company overseeing the build. Such large scale development is likely to be the catalyst giving new businesses the confidence to open in these areas.

The vast majority of the new homes will be for private rent, aimed at the growing legions of 25-39 year-olds unable to get onto the housing ladder but wanting not just a decent place to live but a great place to live in a new city neighbourhood. Manchester is predicted to create 50,000 new jobs by 2023 and the people that fill them will need accommodating.

There will also be the creation of another company Manchester Place.

This is a partnership between the City Council and the Homes and Communities Agency which will work to put sites together for future phases of Manchester Life.

The aim is to develop areas strategically, shaping places and creating neighbourhoods for long term success rather than allowing small pockets of development.

The last boom and bust showed how isolated one gilded tower can look when there is still wasteland all around.

As well as new standards of design and efficiency Manchester Life is aiming for new levels of management of the completed developments with the sheer numbers involved allowing efficiencies of scale.

They are also pledging to employ local people and develop apprenticeships.

Its early days, massive numbers and giddy talk and the real test will be in the design and delivery of Phase 1 and whether it does re-define the UK rental model and create communities where people aspire to live long term. There’s a whole debate to be had there on what this investment should look and feel like.

That it can be talked about at all is down to Man City owner Sheikh Mansour’s commitment to Manchester and investing in the wider community.

Marty Edelman, board director of the Abu Dhabi United Group.

He said: “Given Abu Dhabi United Group's existing long term commitment to Manchester and the Council’s economic growth plan, it was a logical decision to look at ways to create a commercial partnership with the city to deliver its wider residential strategy. We are effectively investing in the opportunities and positive circumstances created by our joint investments to date. We are extremely proud of the resulting Manchester Life joint initiative that will complete the transformation of the Ancoats and New Islington areas." 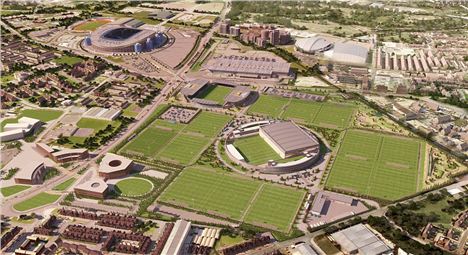 The Chancellor of the Exchequer, George Osborne, said:

”This investment is great news for Manchester. It will lead to thousands of new jobs and homes and will help secure the economic recovery across the city and beyond.

“It is a vote of confidence in northern England and our long term economic plan. It shows global investors want to come to all parts of Britain and is a sign of the potential that exists to create a Northern powerhouse to take on the rest of world.”

“This partnership is not only fantastic news for the city of Manchester, but can serve as a model for how successful private investment in housing follows when local government creates the right conditions. I would like to congratulate both Manchester City Council and Abu Dhabi United Group for another world leading collaboration following the work they have already undertaken together in East Manchester and look forward to Manchester Life breaking ground next year.”