"You know, the owner of a restaurant in Sarajevo once called me the 'Kebab Man'," says Luke Cowdrey, over a pint of pale in Electrik bar, Chorlton. “Because I kept going back for more.”

"Are they even a thing in Sarajevo?" I ask.

He's got a point... and we're here to find the very best in Manchester.

Cowdrey, one half of globe-trotting DJ collective 'The Unabombers' (alongside Justin Crawford), opened Electrik on Wilbraham Road in 2009, when the trotting slowed down and the troffing stepped up. "As you get older you do become more about food and wine. It’s natural," says Cowdrey.

And Cowdrey has become more and more about one food in particular: kebabs. 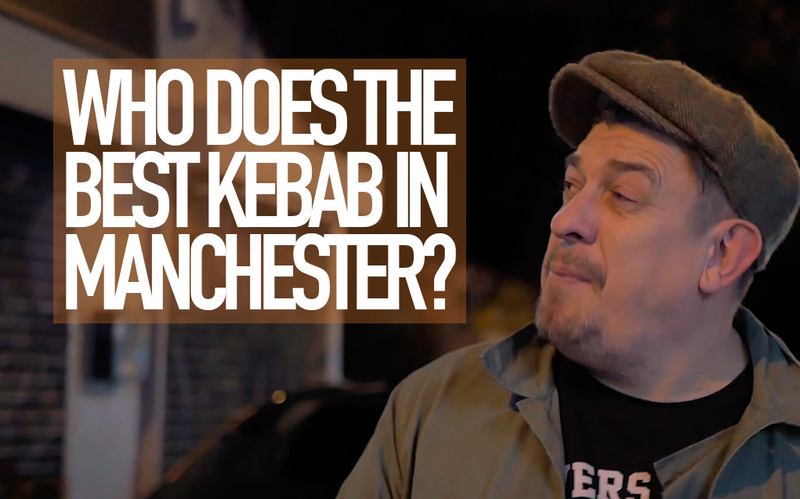 He should know, he's eaten them the world over, from Birmingham to Bosnia, London to Lebanon. "But truthfully, there's not many better than in Manchester, from the back streets of the Curry Mile," he says.

"I was a fan of the Curry Mile back in the eighties, but it was a different place back then, more underground, it lost it's way a bit, people just stopped going."

"Since around 2000 it's found life again," he continues. "The majority of tourists and students have moved on, now you have lots of Afghani, Turkish, Kurdish, Palestinian, Lebanese people moved in and cooking for their own people - which means the food is fresh, it's cheap and it's just better."

"The influx has really reinvigorated my passion for kebabs, for shawarma, for shish, for koobideh..."

Watch the full video above.