Manchester feels reinvigorated this week. Manchester International Festival has arrived, bringing with it a 42-metre replica of Big Ben comprised of 20,000 books as well as a shiny new home for Festival Square at Cathedral Gardens. Manchester’s Jewish Museum has reopened after a £6 million pound redevelopment and Deansgate was briefly closed for Sea Change, a Marmite tour de force of interpretative dance. Classic MIF.

Elsewhere the planning machine rumbled on with the controversial 55 storey tombstone building in the city centre being granted planning permission to the dismay of practically everyone. Lots of movement in the Manc foodsphere too. Some of our favourite pop ups have been sending emergency flares into the skies for a quick relocation rescue.

Read on for limited-edition hotdogs, football roof garden heaven and lager birthdays in this week’s bitesize food and drink news.

Bittersweet news coming out of the Bada Bing camp this week as the hoagie slinging operation has announced it will not be returning to its Ancoats kitchen HQ. The unfortunate news comes with a silver lining however as the Bada boys have confirmed they’ll be continuing their current sandwich residency at The Refuge for at least another two weeks before moving on to pastures new.

Herd NQ meanwhile have been given their marching orders by Allotment in the Northern Quarter, with only four weeks' notice. If anyone's got a free kitchen takeover spot, we'd happily provide a reference for both. 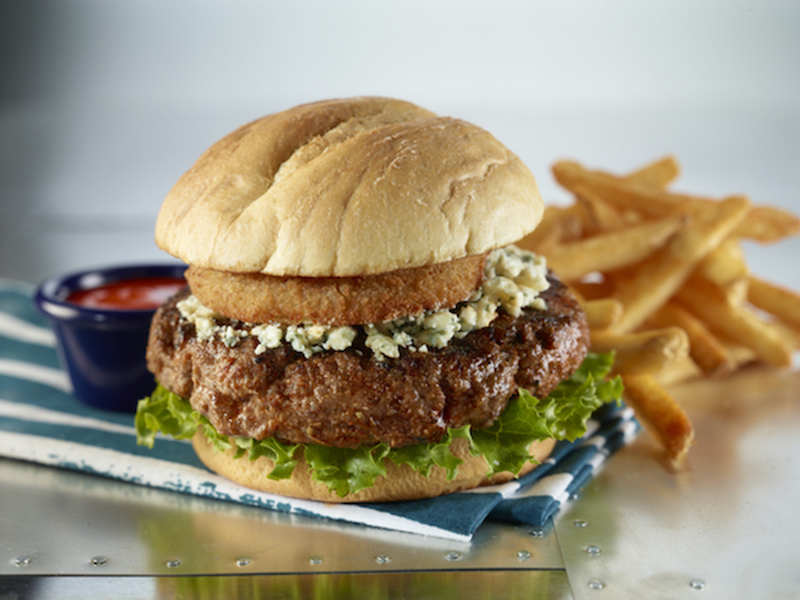 Hard Rock Café is celebrating 4 July (American Independence Day) this month with a U.S-themed, limited-edition menu inspired by iconic cities of the United States. The menu which runs from 30 June to 7 July will include: the Chicago Dog, think a chilli relish and Bangkok slaw update; the New York Dog, topped with grilled onions and spicy brown mustard; and the Seattle Dog, finished off with warm cream cheese, grilled onions and diced jalapenos.

The menu will also feature a special red, white and blue burger (steak burger, cajun seasoning, classic wing sauce, blue cheese crumbles) as well as a summertime shortcake dessert and a mixed berry margarita (Souza Gold Tequila, Dekuyper Triple Sec, and blackberry syrup). More American junk than you can wave a flag at and plenty of Bud to wash it all down. 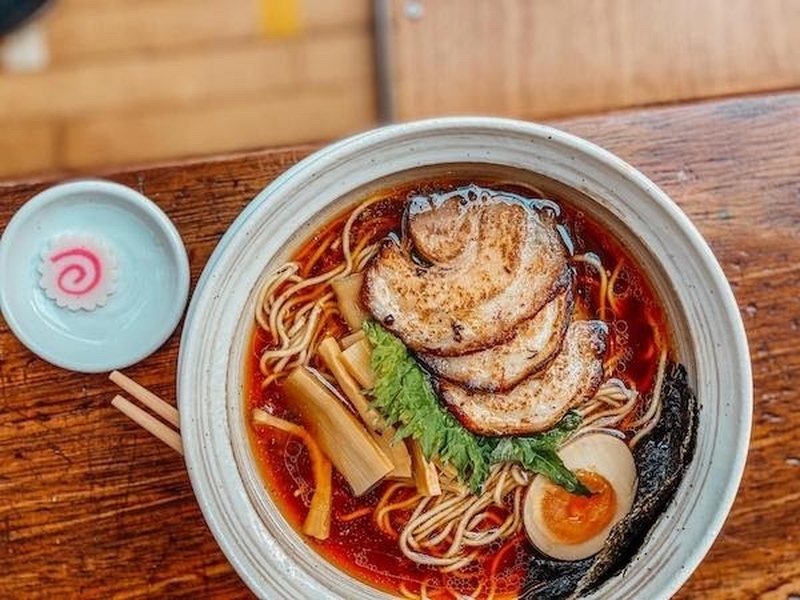 It’s takeover season at Mackie Mayor at the moment. Joining the supper club events by Higher Ground over the next few weeks, New Wave Ramen will be hosting a handful of the best noodleheads from up and down the UK as part of its NWR Takeover Series.

This week saw Cardiff’s Matsudai Ramen make a pitstop in the kitchen serving up Nikko Shoyu with golden chicken with dashi double soup (pictured) as well as the now cult Sunset Red with spicy ‘sunset powder’. Next, it welcomes Essex’s Poko Poko 14-15 July, followed by Tomo no Ramen from Bristol 28-29 July, and Kanada Ya from London 11-12 Aug. If you’re in the mood for noods book your tickets via New Wave Ramen’s events page. 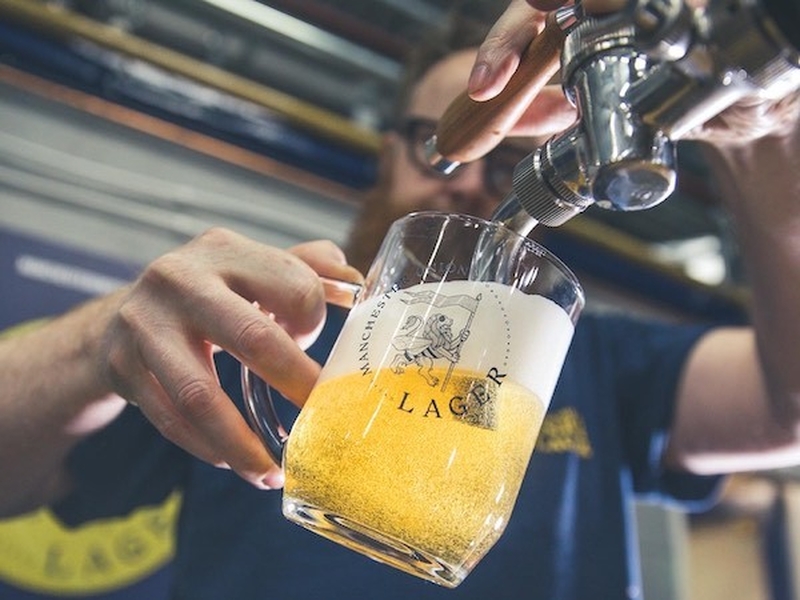 Like many of us, Manchester Union Brewery didn't get to celebrate its birthday properly six months ago in the throes of deepest lockdown. So it's having a belated jolly on Saturday 3 July instead. The 2nd birthday party will take place at Manchester Union's taproom just staggering distance from Piccadilly Station. There will, of course, be copious amounts of beer (just like at most 2nd birthday parties) in particular the brewery's award-winning lager and a black lager called After Dusk. There will also be Verdant See Food & Dance IPA on tap. Manchester-based record label and events collective, LOVE DOSE, who host "irregular parties" at venues like Hidden and Stage & Radio will supply the tunes with DJ's including the brilliantly named Bobby Ganoush, Chan, Craig Campbell, Efenar, Kerouac, Nalu & Pollen. The all-important snacks come in the form of Manchester Eggs from Beehive Food and, well, pretzels from Pretzel & Spelt, what's more, they're free if you spend over a tenner. Entry is also free. We'll see you down there. 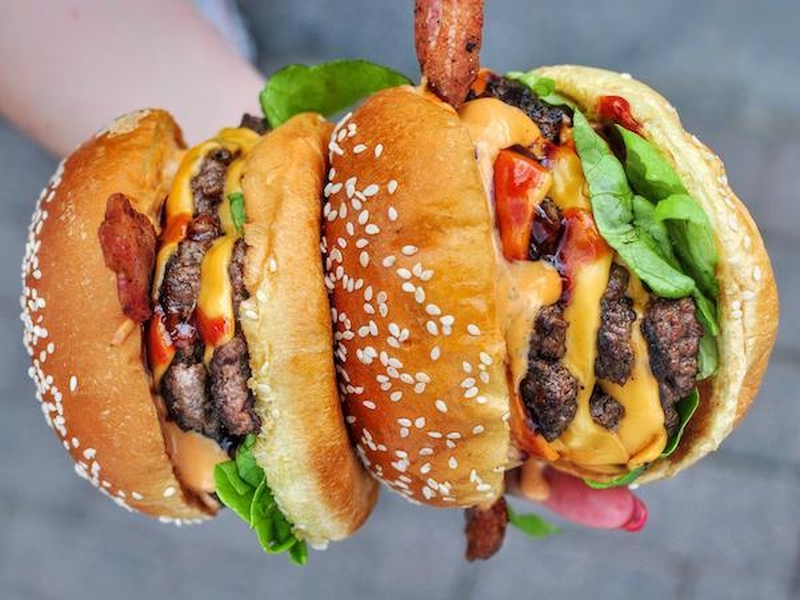 Hatch has welcomed a new burger place to its lineup. The imaginatively named That Burger Place is the food baby of a Salford family with a flagship in Swinton and another site in Walkden. Rumour has it, Salfordites are putting these burgers away faster than you can say Tina Belcher and the kitchen's secret spice blend has code crackers working relentlessly to discover its exact formula. Or maybe it just does nice burgers. Anyway, one of them has a doughnut bun and is named after your favourite yellow power plant worker and the fries are inspired by Kevin Bacon. While you're stuffing ground beef into your grill, you might also want to check out the new Makers Market which takes place on 11 July and runs 12-5pm with ten new "artisan and local makers" selling their wares. 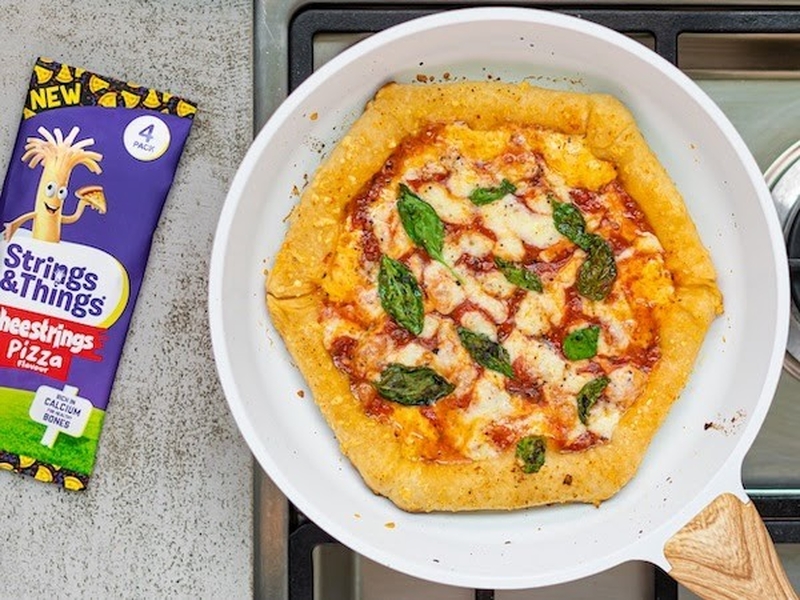 Dough Re-Me Neapolitan pizza kits were a huge hit during lockdown last year - our taste tester loved the freshness of the ingredients and the perfect crust they achieved at home. Still going strong, the lockdown passion project by Thyme Out Co’s Ben Hayes has bagged a collab with a nineties lunchbox favourite.

"The ULTIMATE pizza experience" Cheestrings Pizza ‘n’ Things kit includes two packets of pizza-flavoured Cheesestrings, perfect for a stuffed crust. At £18.95 for a kit for two people, and £2.50 from every sale is donated to Fareshare (which provides food to frontline charities and community groups) you just can’t say Parmigia-no to this limited-edition treat. 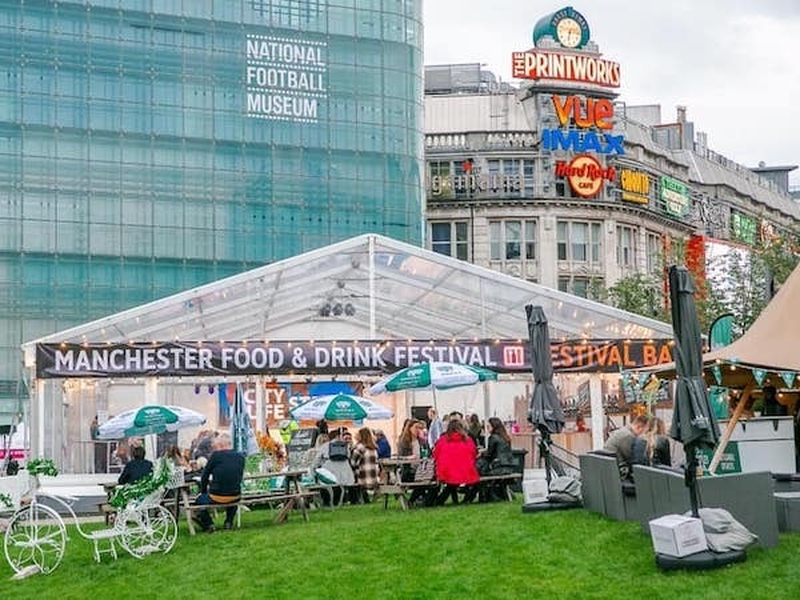 Manchester Food and Drink Festival returns this year with an impressive lineup of local lovelies to get your tummy rumbling. Manchester royalty What’s Your Beef burgers, Anty Ji’s South Asian street food and Gordo’s fave Great North Pie Co will take up the hot seats for the first week of the festival, 16-19 September. As well as Gatley food-porn stars The Spinn, the infamous Grandad’s Sausages, and Maison BREiZH - bringing an authentic taste of Brittany to Cathedral Gardens with its extraordinary buckwheat galettes. Four days is more than plenty to get round all of this good stuff. And if there’s still room, an award-winning ice cream cone from Ginger’s Comfort Emporium shold finish your weekend off nicely. 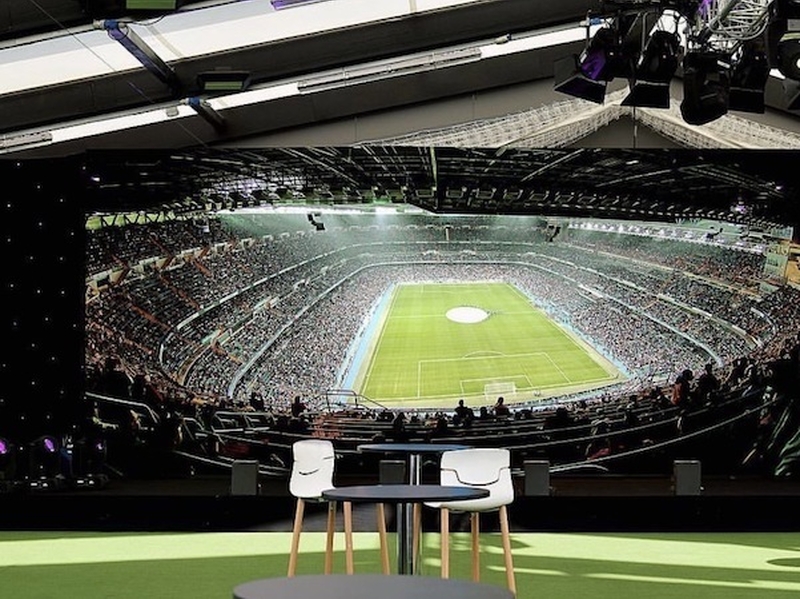 Your ticket to football heaven

How does this sound for a roof with a view? Hotel Football has got your England viewing needs sorted this weekend with big screen packages for the England Ukraine Euros quarter-final game at their rooftop event space, Heaven. Screening packages include a table of six (£50 pp) which includes a drinks bucket upon arrival or an overnight stay with breakfast for two including two drinks each to enjoy during the game (£149 for two people). Food and dining options are also available for guests with Bolton-born, singer-songwriter Ryan Jarvis bringing the pre-match and half-time tunes. Needless to say all fingers are crossed for it coming home. 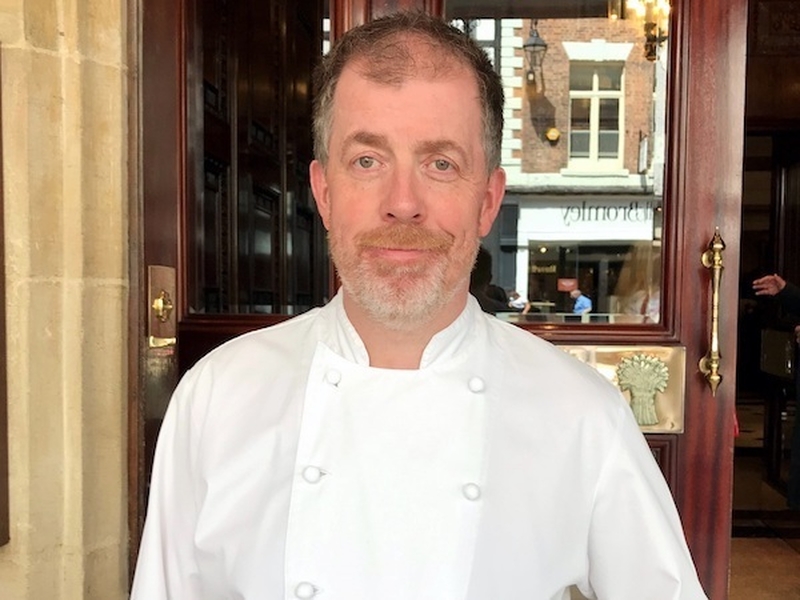 Chef Simon Radley will leave The Chester Grosvenor in October after 30 years at the prestigious five-star hotel. Radley’s self-named restaurant within the residence has held a Michelin star since 1990, and the hotel holds a total of six AA rosettes. Despite his obvious success, the chef cites his proteges as his greatest triumph, “My proudest achievement has been bringing some amazing home-grown talent through the ranks of the kitchen,” he says. “I’d like to think we have contributed to raising the bar throughout the Northern restaurant scene.”

His altruistic approach also gained him an honorary degree from the University of Chester in recognition of his outstanding contribution to the city in 2018. An all-round good egg, Radley will now take a short break before the next chapter in his career. Manchester, perhaps? We’d love another Michelin gaff down our end, chef.

Read again: The best things to eat around Manchester July 2021