Cash vs Cashless: 'how dare this Manchester restaurant turn down my cash'

Love it or hate it cashless is happening - but is it daft and discriminatory OR smart and inevitable?

Late last year Confidential's editor-at-large, Jonathan Schofield, tried to pay for a meal at a restaurant in Manchester city centre with cash. The server turned down his cash and said they could only accept cashless payment. He's been fuming about it ever since. According to Schofield the new practice, now being adopted all over the city by multiple establishments, is daft and discriminatory.

However, economist, Labour councillor and occasional Confidential contributor John Blundell reckons it's about time we bit the bullet and got on with it. It's a chance, he says, to right some wrongs, and anyway, cash is too costly to keep in circulation.

Below they have it out...

IN THE PRO CASH CORNER:

Nobody told me at the door and nobody told me until the end of the meal. Nobody told me my role as a customer of Sugo was to make life easier for the restaurant I was gracing with my money. And I’d thought they were serving me. It's not just Sugo, of course, the cashless rash is spreading across the city, for instance, in Hatch on Oxford Road.

“We’re cashless,” said the waiter, staring at my ripe blue twenties lying foxily on the receipt. It seems my legal tender was legal no longer. I confess I fumed.

This recent fad to deny legal tender its legality started in New York (naturally), and has spread to these shores in the beards of hipsters who always do everything that seems racy and new in that city. The excuse for banning cash is that going cashless is more secure and more efficient. Well it’s more efficient for the business, although it does seem to imply that members of staff can’t be trusted with pretty green. As for being more secure, yes, cash is easier to nick in a raid, but that is a rare occurrence.

Still, this is perhaps the only thin excuse for cashless service, although given that so much fraud is internet driven, it seems just that, an excuse. In Sugo this excuse is compromised by the fact the restaurant allows for cash tips, so there will still be money on the premises at the end of the night should the bad boys in balaclavas push in.

Another reason is that cashless is quicker. Maybe in a bar, a bit, but it’s the cocktails that really hold things up there, not till work. As for restaurants, well, the place has got a real problem if it hasn’t time to bring change for the bill.

There are two other vexing issues.

People on a low income, or with bad credit references, have difficulty getting bank accounts, while studies show that many such people prefer the ‘security’ of cash. Cash still feels real and when it is gone feels gone. Taking away the option for payment by cash is tantamount to discrimination.

Earlier this month this article underlined the moral opposition to cashless service in certain US cities with San Francisco banning bricks and mortar based businesses from becoming cashless. This is now catching on in other cities of the USA. If we borrow one American initiative maybe we can borrow another. One esteemed colleague disagreed with me over this and texted: ‘We all have money in the bank, unless you’re a drug dealer.’ Er…no, that's not true.

Finally, what if you’re sick of the endless harvesting of your data, of all those credit card companies and banks and businesses knowing where and when you shop and eat. Maybe you think, in this one instance, over your enjoyment of food, you’ll spend cash and not be data collected, well, not in cashless restaurants you won't.

I bellowed with laughter at my cashless experience not fifteen minutes after exiting my restaurant rumpus. I had a pint in the Unicorn pub on Church Street. I pulled my change from my pocket to pay and (inefficiently) dropped a tenner on the carpet. A lady saw me and said, “Eh love, you’ve dropped something.” I thanked her. “Proper Ancoats working class, me, old-fashioned,” she said. “It’s hard work making a bit of money wouldn’t want anybody spending your money for you.”

Sugo is new-fashioned, which, in this instance, means it wants to tell its customers what method they should use when spending their money in order to help it serve their own interests.

Jonathan visited Sugo in August last year. The restaurant is still cashless... except for tips. 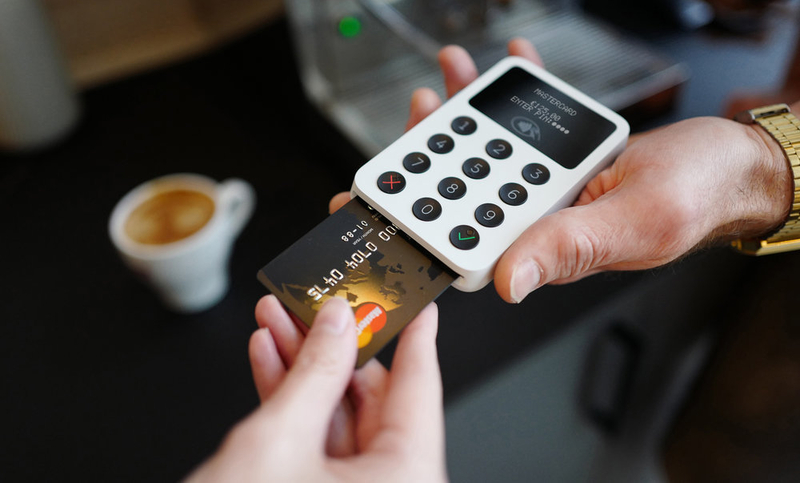 IN THE PRO CASHLESS CORNER:

Those trying to save cash from its impending extinction are flogging a dead horse and it is about time we used it as a catalyst to right some wrongs.

Last year debit cards overtook cash as the most popular method for buying goods in the UK as the value of cash transactions plummeted by a whopping 15%. This is no surprise as technology has been ringing the death knell of cash for some time now.

The question now is when will cash become too costly to keep in circulation (not if) as technology reduces the need to carry cash. If cash transactions hit rock bottom should we keep it going?

Cashless could be good for us, and the benefits (lower crime, faster, cheaper, cleaner, more efficient, better exchange rates) are obvious, but we need to use the coming years to prepare. Failing to do so might leave disadvantaged groups bearing the brunt of the switch.

For instance, I find it phenomenal it is still legal for mainstream retail banks to be able to refuse somebody access to an account on any grounds, including bad credit. For those who cannot gain access to a bank account going cashless is a real threat and this should not be ignored (even if we don’t go cashless).

There is a whole industry involved in the printing, moving and securing of the nation’s cash and hundreds of millions of pounds will be saved by its eradication. Surely this money can be put to better use by helping those excluded from what should be a human right: access to a bank account and access to credit.

Further to this, strict privacy laws must be introduced to stop the government from peering into the accounts of people trying to obtain benefits. This is so that the long term unemployed, those in unstable employment or people without great means can have rainy day funds that aren’t eaten up by the benefits office when signing on, or for any other reason one might need a private cushion.

Everyone should be entitled to keep cash under the mattress - so to speak. Even after GDPR, in my view, privacy laws have not kept pace with technology.

Some groups, mainly the very young and the old, will find it difficult to adapt and will need greater support. Sweden – that country famed for its uncaring laws and state – expects to go cashless by 2023 and is sorting out the ills of its society now so that the poor, the old and the disadvantaged don’t have to be at the sharp end of cash’s demise.

Love it or hate it cashless is happening anyway, so like our Scandinavian friends I would rather right the wrongs that a cashless society might create than sit and whinge on about it.

A View on Cummings. And you lot. And the press

A View on Cummings. And you lot. And the press
● / News

Imagining the city: A 'pre-loved' bridge for Salford?
● / British