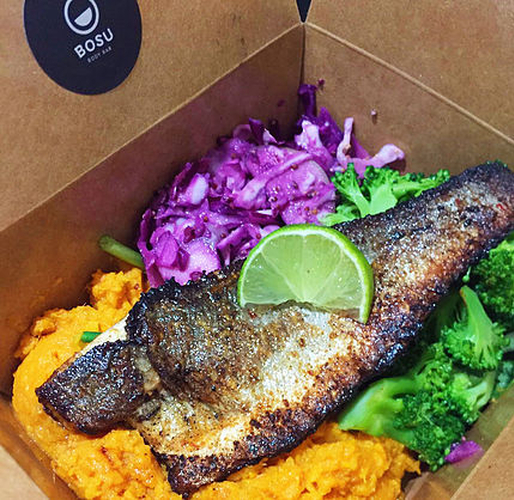 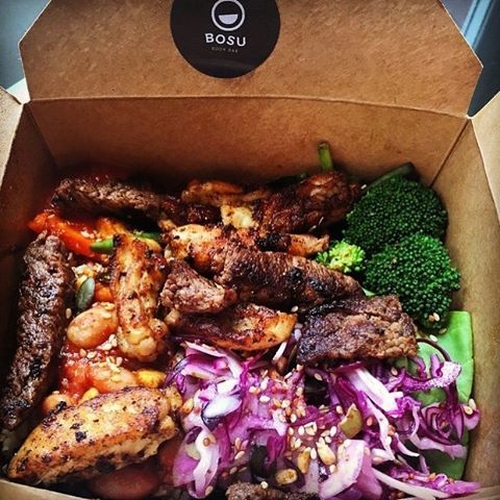 Clean-eating joint has secured a new site on Cross Street

The owners of Bosu Body Bar - south Manchester’s original clean-eating joint - are now serving triple-cooked-chips, boozy cocktails and greasy burgers in white bread. The Chorlton branch, which first launched in 2015, has rebranded into ‘Alberta’ and today boasts both carbs and cocktails.

So what happened? Are they turning their backs on clean eating?

“No not at all,” laughs Sarah Beck, co-owner of Bosu Body Bar. “After we opened the other shop in Didsbury, it didn’t make sense to have two similar offers so close to each other.

"We’re still very much about health, but we also want to provide balance for our customers – this is where you come on your cheat day.”

('Bosu', by the way, is named after a piece of a gym balancing equipment which can be used BOth Sides Up)

The team of twenty-somethings founded this ‘fit fast food’ joint after Sarah struggled to maintain a healthy diet while training as a ballerina. Joining the lean and mean march of bun-less burgers, protein balls and avocado on everything, they launched their made-to-order ‘protein boxes’ at the height of the #cleaneating revolution, when the likes of Joe Wicks and Deliciously Ella were emerging as nutritional gurus.

Now, after two successful years, Bosu are ready to take on the city centre with a new shop on Cross Street.

Together with co-founders Josef Ramzi-Faddoul and Oliver Drummond, Sarah and brother Mike are banking on Bosu being popular with both the lunchtime and gym-happy crowd.

“It’ll be fit fast food,” says Beck, “we actually like the McDonalds model when it comes to service, not so much the food but we’re aiming to create a franchise. We’re still ironing out the service but we’re guestimating that we’ll have to make 10,000 protein balls a day.”

Bosu will be bringing their patented protein boxes to the Manchester crowd, with the likes of beef chilli, seabass, steak and homemade falafel served alongside fresh, seasonal salads. They will also allow customers to order a meal-prep service that has the boxes delivered to your home. It’s a lifestyle, say the team.

But with the likes of Ancoat’s Kettlebell Kitchen and Spinningfield’s Wahu already hugely popular amongst the gym-set, do they worry about competition and the potential decline of the clean eating trend?

“Not so much, we're just happy that people now have a choice," says Beck. "They can get healthy food when they want it from more than one place. That’s the best thing to come of it. People go through stages of healthy eating, again, it’s about balance.”

And if the panic following the recent vegetable shortage due to floods in Spain are anything to go by, there's still plenty of (rock hard) legs left in this food trend. "People were really worried about the lack of spinach in our boxes," laughs Beck. "God forbid they go without spinach."