'Solid and reliable, but it didn’t get me going' - Borage, Bowdon, reviewed

Bowdon is a lovely leafy vale on the outer edges of Altrincham, the epitome of the discreet charm of the bourgeoisie - unlike the flashier Hale just down the road. I took a walk there a few nights ago, with the intention of indulging in the two favourite pursuits of the middle classes: lusting after property I will never be able to afford (let’s just say you won’t get much change out of a million) and turning the basic need to eat into a full-blown ritual.

Naturally, such a salubrious ‘burb is served by a lovely but tiny restaurant called Borage (the internet seems to be divided on whether you pronounce it to rhyme with ‘porridge’, or with a long ‘a’, as in ‘Farage’.) It is named after a herb with tiny blue star-like flowers which you may have had in a fancy cocktail or glass of Pimms. At least that is the limit of my acquaintance with it.

I have tried to visit Borage before at a weekend, but it was booked out, so instead we went on a weekday evening. Some teenagers were loitering outside valiantly trying to lower the tone (no doubt before going home to supper and extra maths tuition) but otherwise it was very quiet and charming.

We decided to have both the five-course tasting menu (£35) and also three courses from the a la carte. The waitress was perfectly amenable to this, though the pass-the-parcel we played with the plates may have been a little confusing. The kitchen managed to time it so that one of us wasn’t eating while the other sat twiddling their thumbs, which was appreciated.

The taster menu starter was chicken veloutè with a mushroom tortellini – while I loved the veloutè, the tortellini was a bit flaccid, though stuffed with discernible mushrooms rather than just a paste, which improved things.

The a la carte chicken liver parfait (£7), a starter that is so old-school you might as well dress it up in a tailcoat and pinstripes and send it off to Eton, got a bit of a lift from a quince sauce and was served with a decent amount of brioche.

“Did the French get the rest?” was the inevitable quip at the appearance of a singular scallop served with belly pork, cauliflower, apples and a curry sauce. Brexit difficulties aside, this was a punchy little number, though the scallop did appear to be a tad blackened. I’d like to imagine this was some kind of war injury, the result of a valiant lone escape across the Channel only to be plated up by perfidious Albion. But, non, I think it was just a little over-seared.

No such worries for the confit salmon (£19). If fish had legs then this would be a haunch, so large was this monster. Unlike duck, which is confited by submerging it in its own fat for hours and hours while being slowly cooked (sounds like a particularly hideous death from a Scandi-noir novel) salmon is poached for mere 30 minutes or so, usually in clarified butter. This particular specimen came with a 90s combo of basil, pine nuts, tomato and courgette. Perfectly classic and perfectly substantial, but it didn’t exactly get me going.

Beef fillet from the tasting menu was my standout dish – perfectly cooked slice of rare beef served on puddles of sweet potato flanked by a couple of unassuming-looking potato croquettes. “Well I’m thrilled,” exclaimed my dining partner when he cut into them and blue cheese oozed out (that’s not sarcasm by the way, Roquefort just has that effect on him). Even though beef and blue cheese is a classic, it felt like this menu had been so perfectly polite so far that it seemed a little insouciant to include an ingredient not everyone likes.

For the taster there was a small ‘pre-dessert’ of coconut panna cotta which had a wonderful smooth and silky texture, but coconut flavouring reminds me of hair conditioner, so it was hard for me to give it the complete thumbs up. The main dessert of chocolate brownie with a rum-and-raisin sauce and a very good chocolate ice-cream will satisfy the dessert-aholics (especially those who like their chocolate served in every which way).

The cheeseboard (£7) was solid, with Kidderton Ash, Garstang Blue and a very nice Petit Reblochon, a smear-ripened unpasteurised cheese from Haute Savoie. The cheese is supposedly named because Savioe herdsman would undermilk their cattle to fool the taxman. Afterwards, they would milk the cows again to produce very rich milk and hence this creamy, melting, delight.

This sparked a debate about which is the best vehicle to deliver cheese from board to mouth (no not a dumper truck). Handmade crackers were the preferred option for contrasting texture and taste - although they suffered from easy breakage, which is where solid, reliable bread wins.

Solid and reliable are good words to describe Borage. There is some lovely food here and the tasting menu was good value. Hopefully Bowdon residents are taking full advantage of this very classy neighbourhood restaurant. 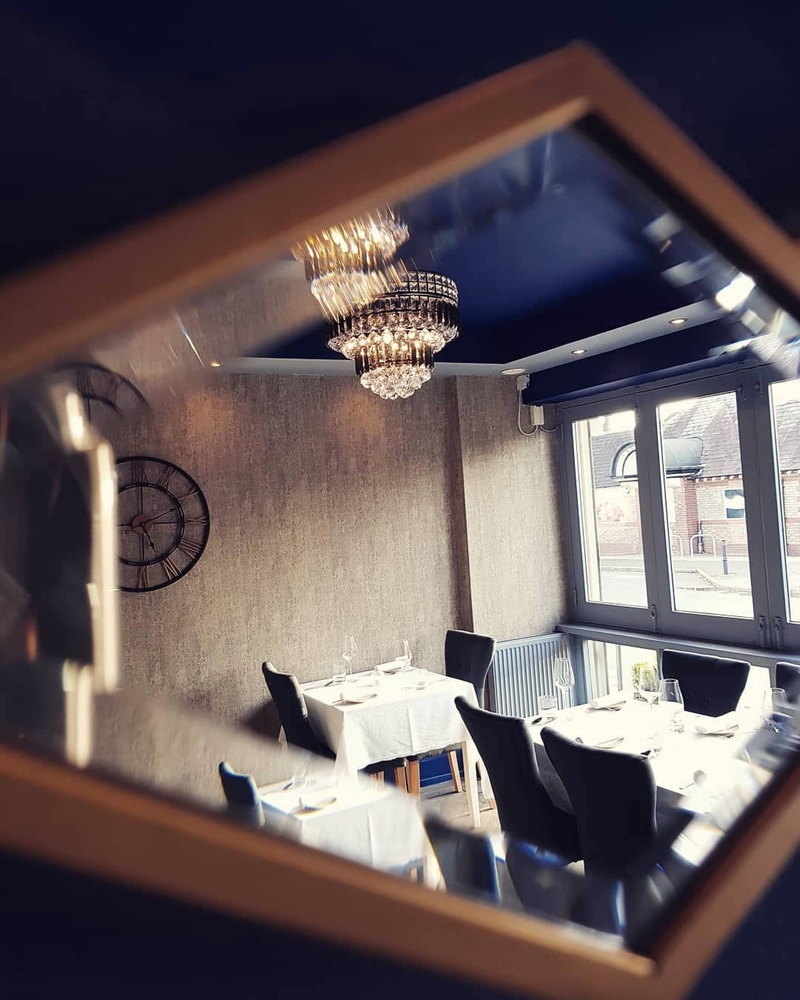