Greater Manchester Mayor Andy Burnham has been snapped by former Vogue photographer David Oldham to raise money for his homelessness initiative, A Bed Every Night, and he invited fellow famous faces from the area to join him.

As part of the campaign, the collection of portraits are being shown at Salford’s fivefourstudios and bids are being invited for each image via a silent auction running until 30th November. Those interested in entering a bid need to email the amount they are offering to fivefourstudios@wearebrazenpr.com.

Winning bidders will be notified early December, with all proceeds going to A Bed Every Night.

The Great & The Good photographs took a month to shoot.  Burnage-born David Oldham used iconic Manchester buildings such as the Refuge and Beetham Tower as backdrops, as well as travelling to London to shoot the likes of Shameless actor David Threlfall near his home on the banks of the Thames early one morning.

All 15 celebrities and personalities who joined Andy Burnham to pose for the Great & The Good exhibition gave their time for free in order to raise as much as cash as possible for A Bed Every Night. Musicians include Happy Mondays’ Shaun Ryder, Stone Roses and Primal Scream bassist Mani, Badly Drawn Boy aka Damon Gough, and DJs Luke Unabomber and Paulette. Sports stars include former Olympian Diane Modahl and Manchester City player Bernardo Silva, who posed on the Astroturfed roof terrace of his penthouse, balancing an old official Portuguese football on his head. David said: “It was a single moment with a boyish look. I knew I’d got the image I wanted.”

Also featured are Skullfades barber Ged King, who offers free haircuts to people on the streets and now works alongside Andy Burnham on the campaign, and night time economy adviser for Greater Manchester, Sacha Lord. Of his picture (top), David said: “As Sacha is night time adviser for the city we both wanted something that represented that. We went for an ‘End of the Night’ theme and I love the shot we’ve captured – Sacha relaxing after everyone has left. It’s very iconic.”

As for Andy Burnham himself, David said his aim was to photograph him in a rare relaxed moment. “I wanted to represent Andy in a slightly different manner to how he is normally seen, whilst still being respectful of his status, which I think we achieved. I think he looks like a movie star!” 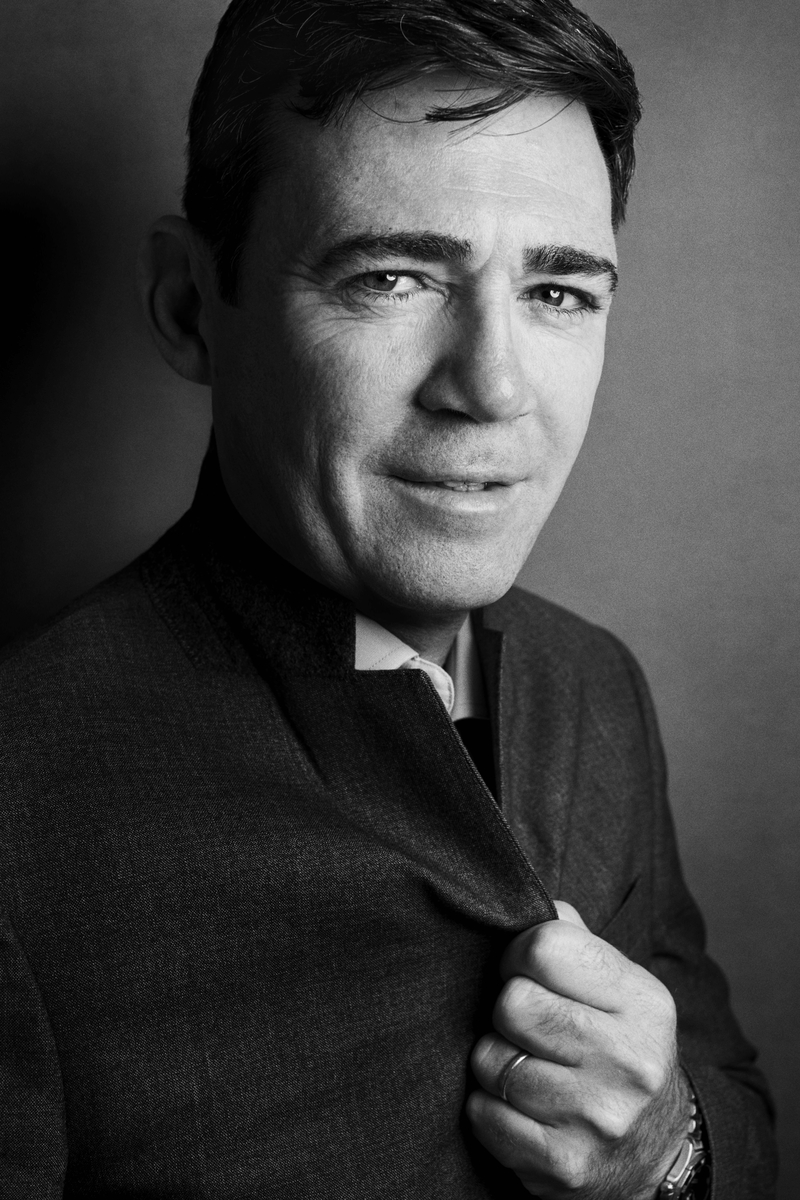