THIS month may have started out colder than a forgotten fish finger in the back of the freezer, but never mind that because it’s time for our round up of the best dishes to try this month. Here are a few we reckon are worth braving the blizzard for. We’re calling it the feast from the east, take shelter.

Well slap my knee, it's only British Pie Week this week - and we'd only just got over UK Mung Bean Month and International Giblets Day. The pie of my eye is actually a pudding, a fine suet by chef Andrew Green of the River Restaurant at The Lowry. The pastry was light and giving, the beef shin, oxtail and kidney rich and assertive. A proper good steamed pud with a buttery side of pommes puree. Pricey for a pud/pie, yes, but their chef's choice lunch (three courses for £24.95) is a steal. David Blake 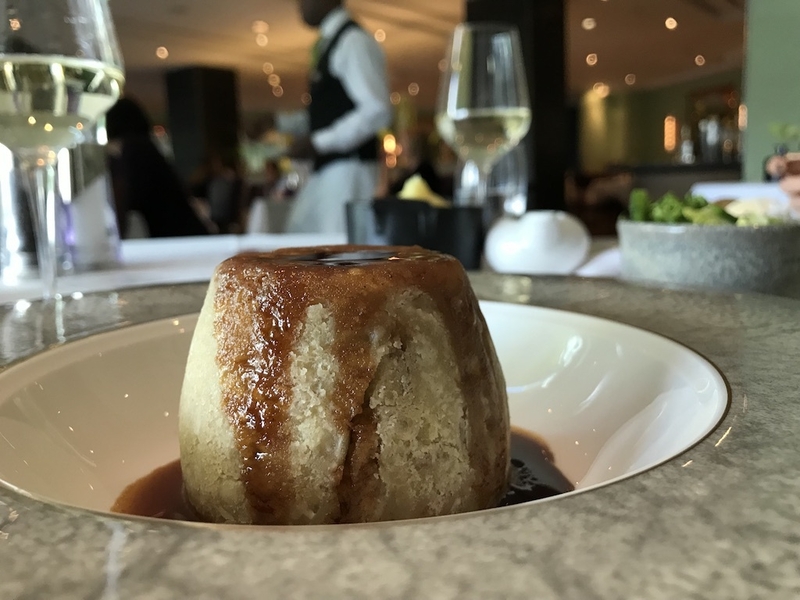 Much as I’d love to be whisked away to an island in the Indian Ocean with lush fertile plains, white sandy beaches and ancient Buddhist temples, it’s not happening any time soon. So I’ve have to console myself by sneaking off for lunch to enjoy some typical Sri Lankan dishes in Hale village instead. Sigiriya’s abula is similar to an Indian thali where you get to sample smaller portions of various curries with salad and rice. The abula I tried included their Ceylon chicken coconut curry flavoured with lemongrass, curry leaves and green chilli, a wonderfully unusual beetroot curry and an astounding vegetable curry they modestly described as ‘aubergine’ but turned out to be a sweet and delicately spiced mixture enhanced by ripe and juicy fresh pineapple. Deanna Thomas

Matching tea with food is a tricky business (unless you are talking classic builders’ and biscuits) but this smoky, silky, subtly spiced little number is a perfect pairing with some of the more robust and exotically flavoured infusions you can find at specialist tea emporium and all-round jolly nice lunchtime hangout LEAF. Make sure you order extra bread to scoop up the cumin-roasted flesh studded with chickpeas and topped with cool yoghurt, toasted almonds and sweet date syrup for a classic Middle Eastern flavour combo. The natty carrot fritter is the healthy veggie cherry on top. Once you've soaked up the last juices, sit back with your mug of Moroccan mint and people-watch a Friday afternoon away while you pretend to work. Lucy Tomlinson

Thinking about it, chunky yellow chana dal aren’t a million miles from good old British peas. So well done to Bundobust for making the leap with new dish, Raghda Pethis (£5). Aptly described as ‘India meet the North of England’, this thick, spicy pea soup or dal (made with de-skinned, rehydrated green peas), is served with a mustard-seed-pocked potato cake, a sprinkling of turmeric-infused Bombay Mix and dollop of tamarind chutney. Given that tamarind is what gives brown sauce it’s unique character, this is basically a chippy tea, Bundobust style. It’s my new Friday ritual at any rate. Ruth Allan 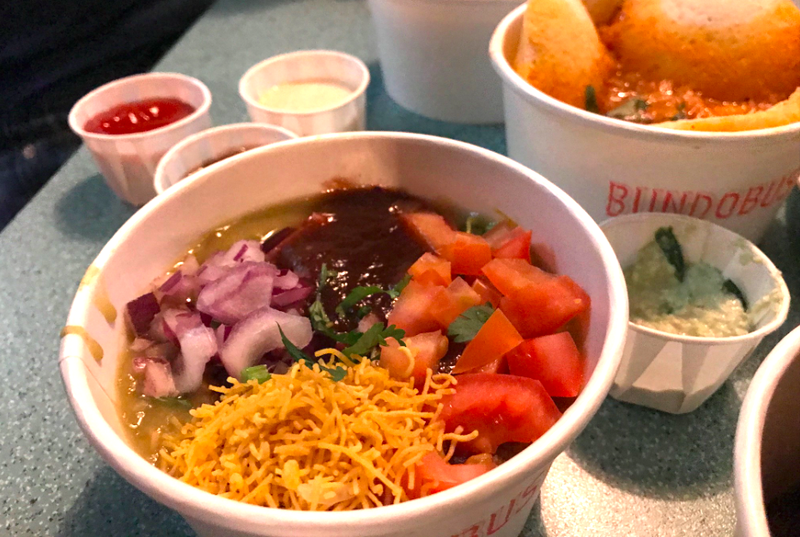 In truth dthis is a cunningly fashioned bamboo cane filled with prawn and smothered in fish eggs. It’s a stunning looking weapon of a dish, blazing orange in shade, spinning around the travelator dispenser at One Plus, as startling as a dandy at an undertaker’s ball. You liberate the prawn and eggs into the hotpot stew with a handy bamboo spatula. Once cooked the flavours are exquisite. As for the several varieties of stew available I recommend the hot and spicy. The tripe’s good too, but nothing quite stands out as much as the edible sex toy. Jonathan Schofield

It's hard to credit that scallops were once ugly ducklings among Blighty’s shellfish, a fisherman’s supper when he couldn’t find a market for the catch. Meanwhile, across La Manche those invidious Frenchies were enchanté to shell out for a surfeit of Coquilles St Jacques. Well, we’ve caught up big time in our appetite for the little buggers with an annual UK harvest of 100 million. Still a valuable export item, but the scallop is now a ubiquitous presence on our restaurant menus, with the cachet of ‘hand-dived’ up there with ‘extra virgin’, ‘grass fed’ and the like.

Hand dived is good because the scallop avoids the roughing up caused by mass dredging. Then, of course, the vulnerable bivalve mollusc gets roughed up by chefs. A minute too long on the sear or a partnering with burnt pancetta or limp cauli, we’ve all been there, seething at the premium price for that. Take a bow, then, Australasia for a trio of the best scallops I’ve had in months piquantly accompanied by pickled apple, apple and ginger puree, seaweed and wasabi (£13.50). A perfect example of the kitchen’s new menu at its best, showing respect for the raw material and delicately enhancing it. Neil Sowerby 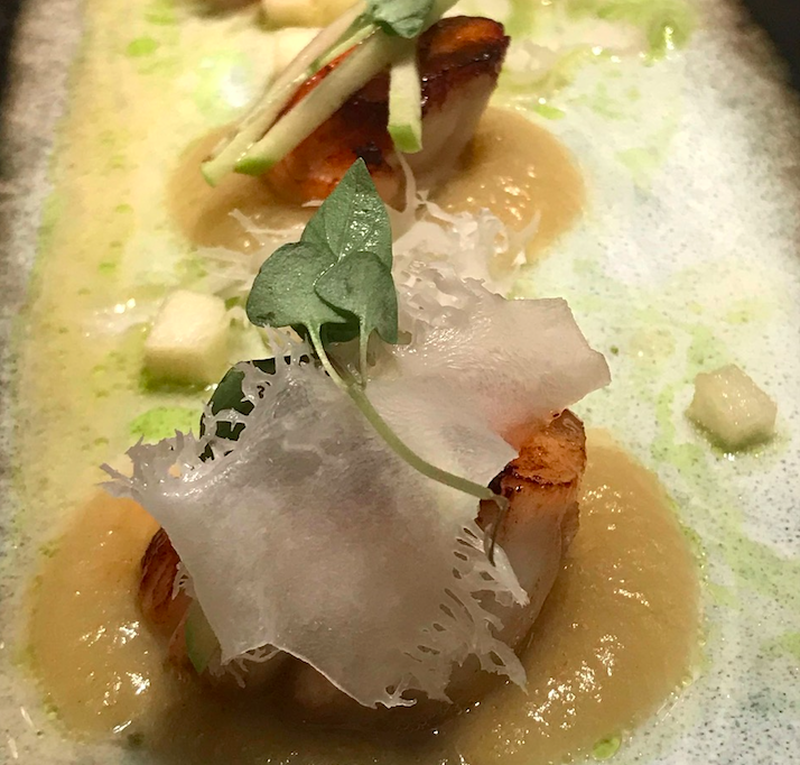 Right, let's talk Polish. Pierogi of the day? You're not selling this to me fellers. I mean, what the fuck is 'pierogi'? You lot are going to have to do better than this if, as George Friedman says in his book, The Next 100 Years, you're to become a top three world player. Pierogi? It sounds like something Beria would have forced you to eat while attempting to shag your wife, daughter or, for a real treat, the cat.

Still, Gordo found himself looking at this offering and following the words of his mentor, Drew Smith, the legendary editor of The Good Food Guide: "always pick the plainest girl in the brothel, they try harder".* So Gordo chose the, er, pierogi. Apparently today's filling was mashed potato and cream cheese. Bloody hell, it gets worse. 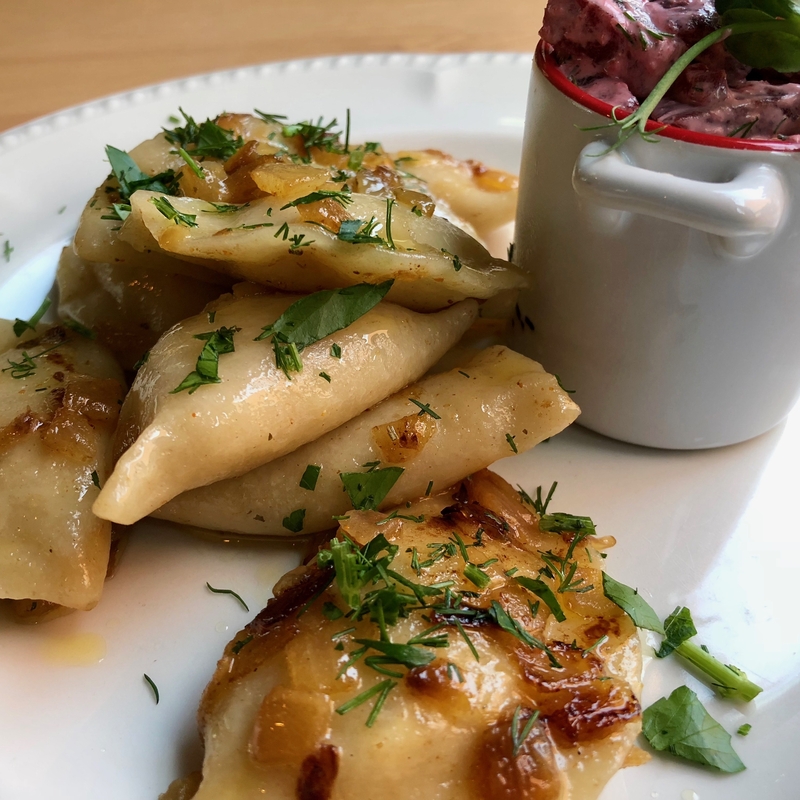 But, dear readers, what a revelation. They look a little like dim sum, effectively parcels made with a simple dough of wheat flour and water and filled with a variety of stuff. These were beautiful. The flavours did stuff to the Fat One's brain, the texture deeply nannying, and oh my, that cream cheese and mashed potato. Get in. Smacznego! Apparently. Gordo

*Gordo's comments are in no way representative of the Confidential team or indeed anyone born after 1923. If you would like to see Gordo dismissed/run from town/put down please do email editorial1@confidentials.com.

Enjoy this? Why not tuck into our best dishes from February 2018...