This month: Crispy bits, squeezy heads and a massive crab

It’s not that much of a surprise that the holiday season has been a big influence on our food writers' best dishes this month. Spanish delights take up a hefty chunk of them, along with alien ice cream, glossy tarts and oversized decapod crustaceans big enough to take down Godzilla. 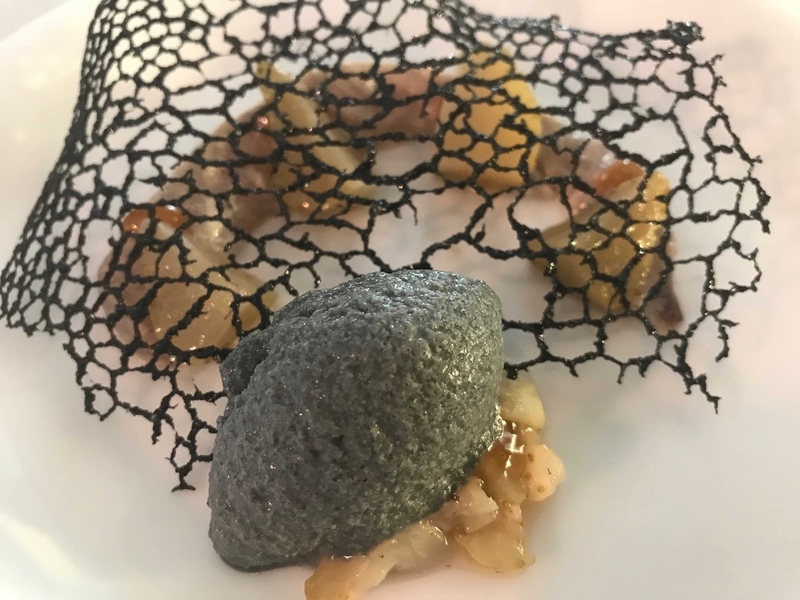 My first impulse from a terrific dinner high up in Urbis was to recommend the heirloom carrot salad, a kind of 40 Shades of Orange exploration of the root vegetable’s possibilities. But, alas, that came from the other player in The Rabbit’s one-night collab meal – Leeds restaurant Home, 40 miles outside our remit. The Rabbit's own starter contribution was equally stunning, proof that head chef John Granaghan has emerged from the shadow of departed mentor Michael O’Hare, although the influence is still obvious in the visual oomph of his new creation. Ponzu cured mackerel and tart pickled green strawberries are trapped under a black squid ink netting. A pebble of black sesame ice cream squats like an alien predator alongside. Sensational visually and in its vivid taste counterpoint. Neil Sowerby 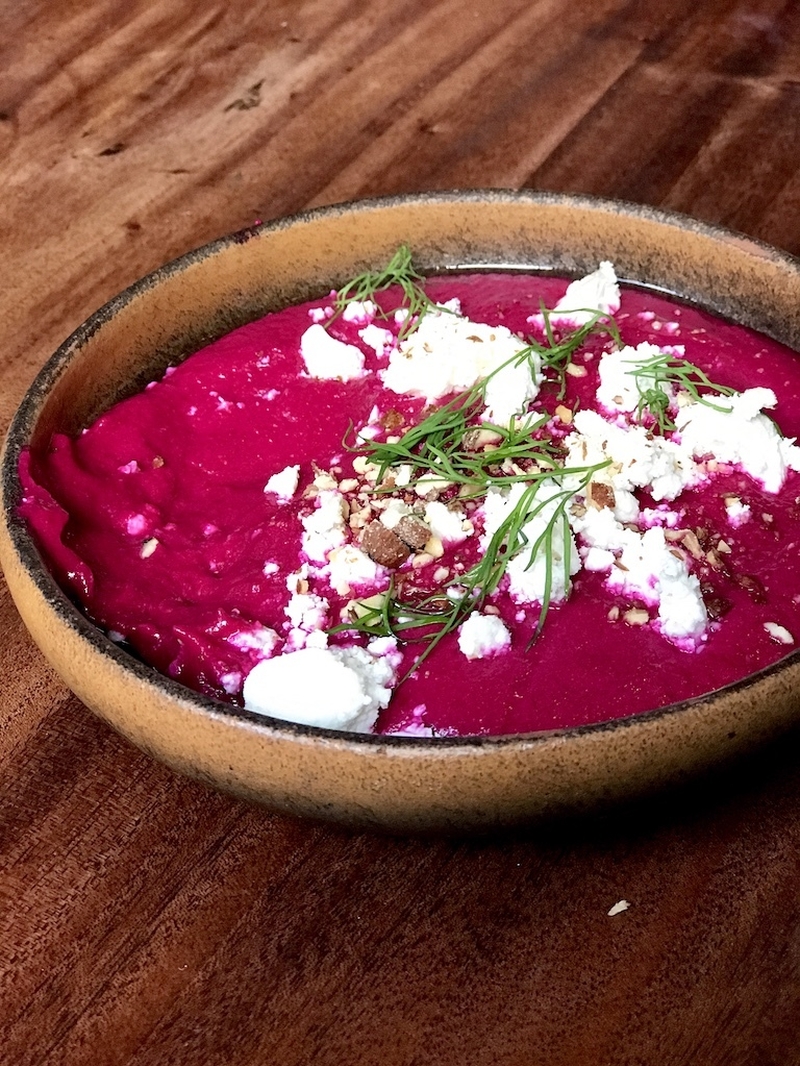 If you are starved for glamour now a certain reality TV show has finished, take heart and go in search of gorgeous food instead. It may have had its Instagram crown usurped by 20 Stories for now, but The Refuge is still producing pretty-as-a-picture plates that look just right for summer. Take for example this dish of smoked feta and beetroot, in bikini-bright colours of hot pink, pale yellow and verdant green. It also tastes pretty fabulous too, with the earthiness of the beetroot anchoring the sharp, smoky feta and the Scandi floral flavour of the dill. Lucy Tomlinson 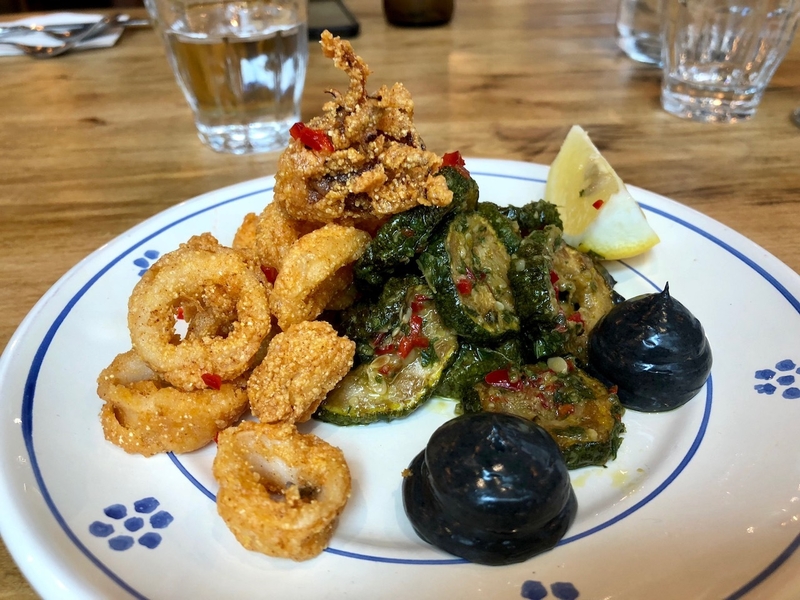 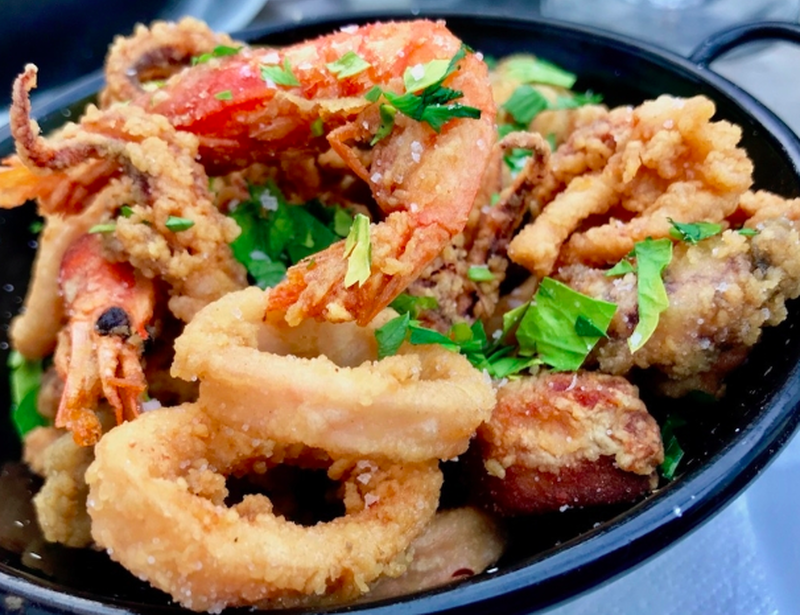 I’ve got a dead heat with a couple of similar dishes; one is from a Sicilian restaurant in Ancoats, the other a Spanish restaurant in Didsbury. The first is crispy squid with nice bits in the batter, which has been brilliantly seasoned, served with squid ink aioli and sautéed courgettes. It’s fab. That’s from the new Sugo in Ancoats (the same lot as in Altrincham).

The other is Tinto’s Fritos del Mar, lightly floured fresh-as-you-please squid rings and tentacles, queenie scallop, hake and nice little prawns in their shell. This dish is delivered with Japanese precision and a smell of the sea. Family owned by Natalia and Nacho; it’s an Asador, so most of your stuff here is cooked on open flame or in a wood fired oven. The gaff is worth it just for the smell. Gordo 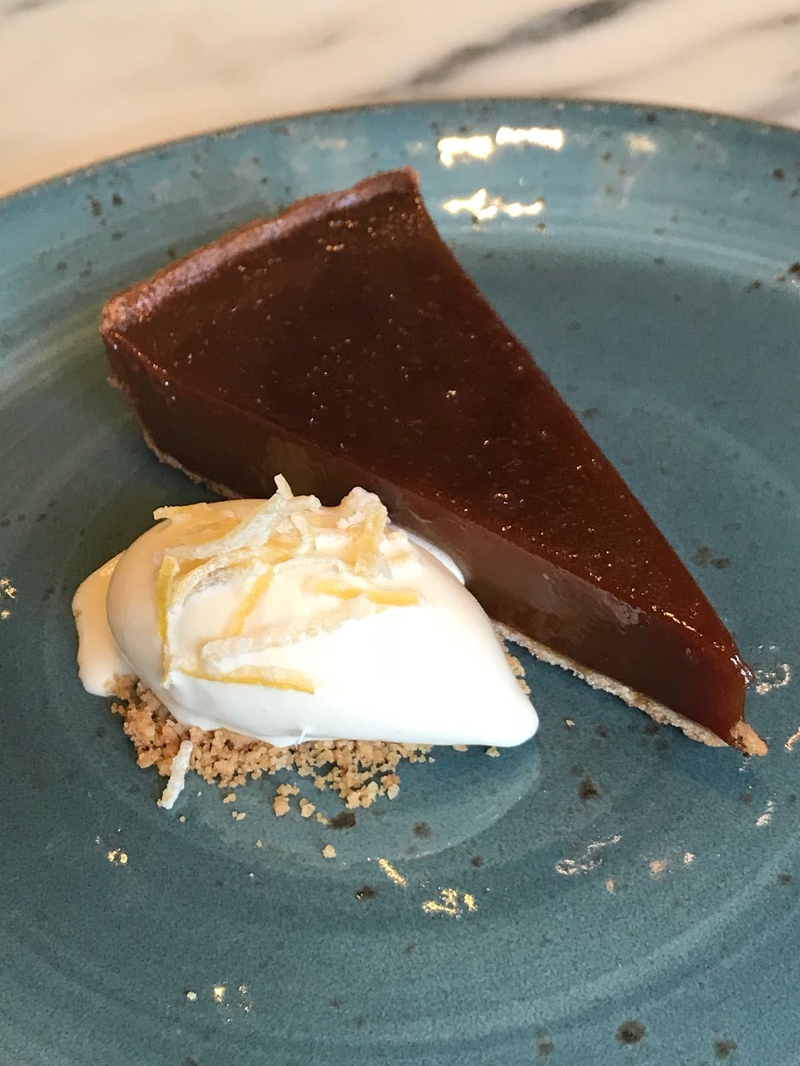 This has to be one of the top three desserts in Greater Manchester. It has the glossy chestnut sheen of a prize-winning stallion and a texture as silky smooth as a luxury body lotion. The tart’s perfect case is so thin and crispy it’s probably been made overnight in a workshop by magical pixies. On the very top is a sugared layer as thin as a cuticle and although this dessert is sweet, it isn’t too sweet, and has none of the thick mouth-feel ‘clag’ of lesser caramel tarts. I enjoyed it a couple of years ago when Mr Coopers opened, and it was just as lovely on a recent visit, so it wasn’t a fluke and has stood the test of time to become a signature dish. Deanna Thomas 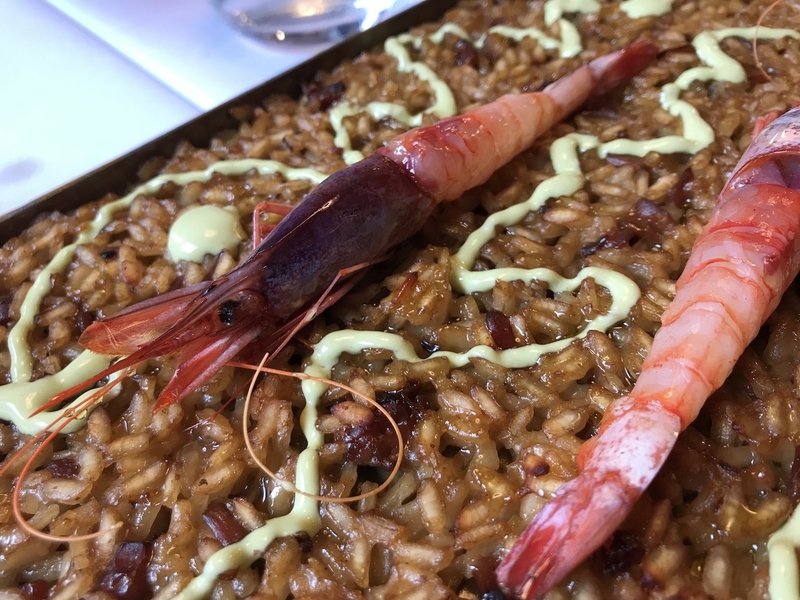 It’s the squeezing out of the brain that surprises. I’d never been asked to do this before but hey, it’s quite the done thing with this dish, which looks like paella but isn’t paella and you’ll get told off if you say it is. Anyway you get a couple of prawns, you peel them, and then the waiter or waitress says: “Now squeeze the head juice all over the rice.” This sounds interesting, at the very best, or repulsive. Yet it works wonderfully and the whole becomes the essence of sea-ness. There’s squid too and even a codium mayo along for the ride, the codium is seaweed, so it’s a happy continuation of the theme. Jonathan Schofield 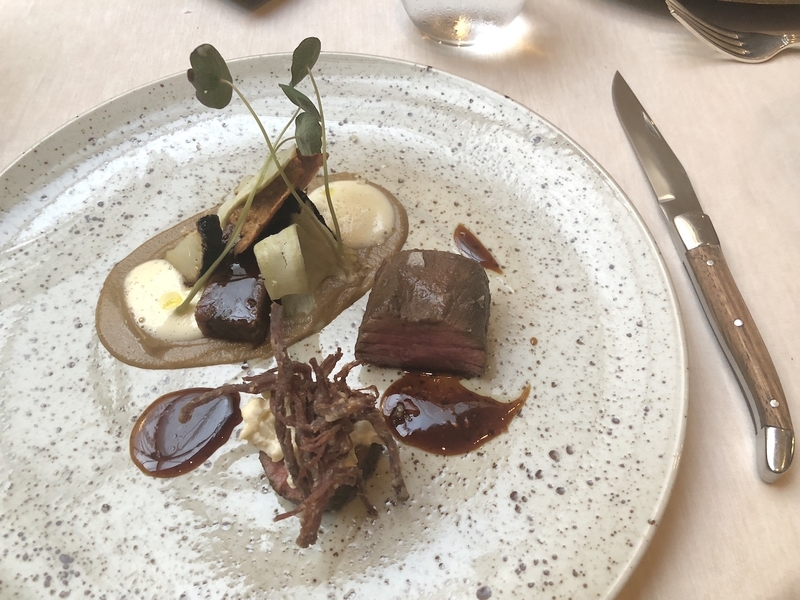 Foams froth and bon bons bounce all over Simon Radley’s Michelin star menu at the Chester Grosvenor, but my main course is 10/10. 'Edge’s Beef’ is an artistic presentation of sticky short rib, burnt artichokes, poached fillet steak (who knew!) and horseradish root. With cooking this good, you can forgive Radley for barely changing a thing since he secured his star in 1990. Ruth Allan 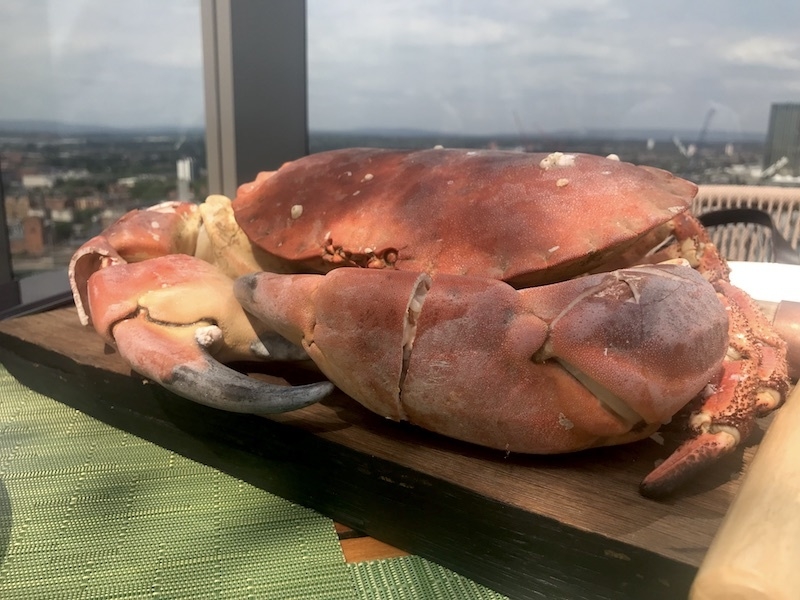 Now, I've given this lot a fair bit of stick since they opened on the top floor of No.1 Spinningfields Tower in February. There was the broccoli, clam and bogey tart affair, that achingly bad Manchester mural (Michelle f**king Keegan?), and the weird dress codes (no shorts out on the terrace in 30 degrees... what?). But I have to give it to them here, because this dish was a belter.

Scouring the Cornish coast, somewhere near Lizard Point, they'd picked out the biggest bully in the bushel, dropped an anchor on its bonce and had five burly fisherman in yellow oilskins and itchy roll necks wrestle it for four days. Two never returned. One lost a testicle. And here it was, an incredible beast, semi-cracked and ready to rumble, with loads of toast and a fantastic brown crab meat mayo (an additional lemon mayo was a bit sweet and curdy). This was a special, so we can't guarantee it'll be back this month, but as the old Cornish fisherman saying goes: Kachya kanker anwosi farwel skovarn melhwessa skwych (the crab shall cometh, just don't wear shorts). David Blake

Like your food do you? Well, clearly. Here's 30 restaurant deals to keep you going this August.