An insider's guide to eating and drinking in Chorlton

Long heralded as the go-to destination for anybody with a proclivity for chickpeas and hessian, Chorlton has become a byword for all things hipster and hippy. This ex-village turned middle-class arts graduate’s suburban utopia is often touted as being one of the best places to live in the UK. Although a quick scan of the legendary and hilarious Facebook group hints that things are not always so rosy. Despite persistent crime problems, house prices keep on rising, almost surpassing those of neighbouring Didsbury, and the battle of the boroughs rages on.

If you’ve got complex dietary requirements, a pub quiz addiction or a penchant for left-wing politics, you’ll find all your heart desires in Chorlton, probably. We’ve agonised over a list of our favourite spots to eat, drink and ‘simply be, you know’ around the neighbourhood, from long-standing European delis to brand new Himalayan street food haunts, and more craft beer and matcha than you can shake a labradoodle at. 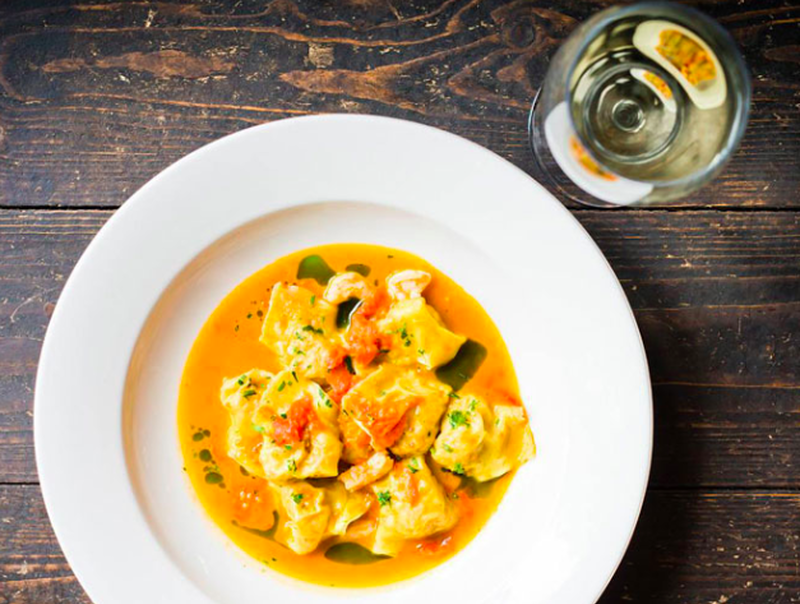 “Doing lots of little things right” is a definition of perfection – and this simple seafood restaurant in Chorlton is just that. The kitchen’s Essa grill is masterfully handled by co-owner (and former Lead Station chef) Recep Canliisik, who churns out char-grilled whole squid and seabream, Thai-spiced monkfish tail and possibly the best calamari in the UK. But the starters, desserts and wines are worth every penny too. 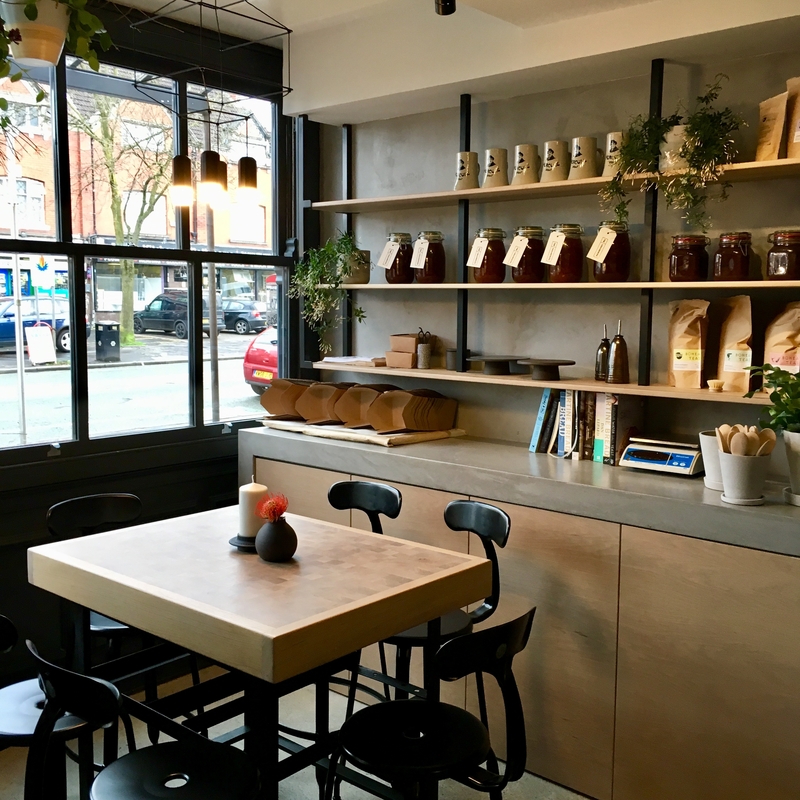 This laid-back neighbourhood bakery, bar and kitchen is presided over by baker and co-owner, Sophie Yeoman, and celebrated local chef Mary Ellen McTague, who spent time in the kitchens of Heston Blumenthal (amongst others) before running her own fine dining establishment, Aumbry, in Prestwich. The Creameries is a much more casual affair than Aumbry, but McTague’s nose for the best ingredients and attention to detail shine through in even the simplest dishes – from pheasant pie to wild garlic soup.The real focus though is on bread, cheese, wine and beer. Sourdough is baked in-house and predictably wonderful with whipped butter on the side. 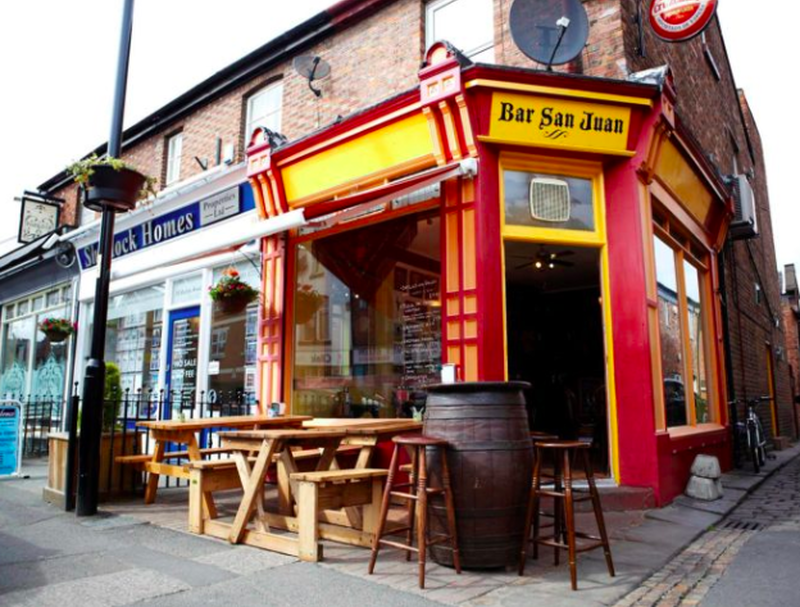 There is no menu to view online, you can’t book a table and it is about the size of a corner shop, but Bar San Juan is almost always bursting at the seams with customers. This unassuming little tapas bar is one of those hidden gems of almost cult-like status that locals just love to recommend. Rightly so. 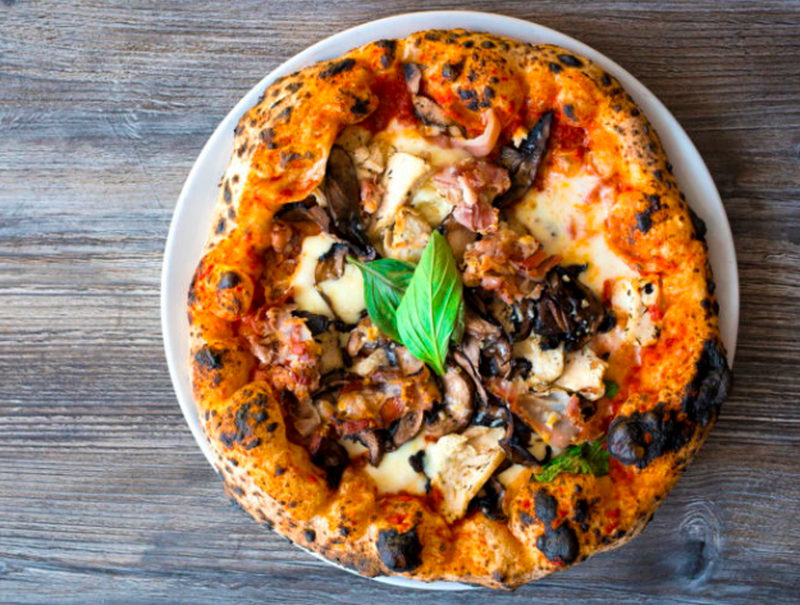 An authentic Neopolitan style pizzeria, Double Zero has been lauded as one of the best in the UK. The menu is confident simplicity with the pizza taking centre stage, obviously. That black-speckled, bubble crusted beauty that you have come to know and love, made on site with a blast (90 seconds max) in their Dantean blue and white tiled furnace. Apart from the obvious, toppings include Italian ham and pineapple, placed brazenly at the top of the list to goad the naysayers, perhaps. Serving up Po Boys and great cocktails, Henry C is a cosy neighbourhood bar with a heavy New Orleans influence. As with many newer bars and dining spots in Chorlton, its premises used to be a shop, with large windows looking out at the goodie-two-shoes grocery, Unicorn. But everything in moderation, right? You can pick up a tote full of chickpeas for the week and grab a grilled cheese sarnie and a Negroni as a reward. 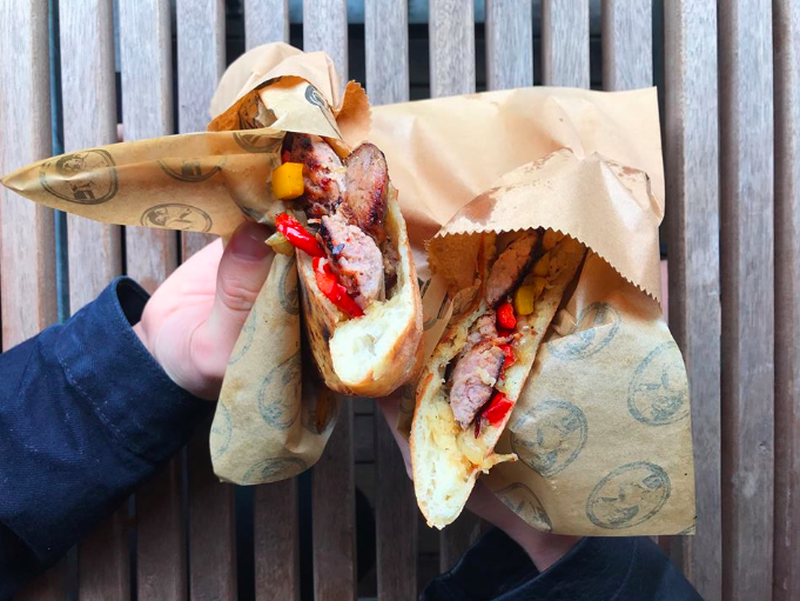 Elektrik is an award-winning independent bar with great coffee and a wide selection of beer, wine and cocktails. They offer a people-pleasing menu of freshly made Italian-style pizza, piadinas, and, er, pizza doughnuts! On Sundays, they cook up a legendary selection of roast dinners including a gargantuan sharing platter groaning under the weight of a whole roast chicken, piles of roast beef and pork and all the trimmings. Vegan options are available too. 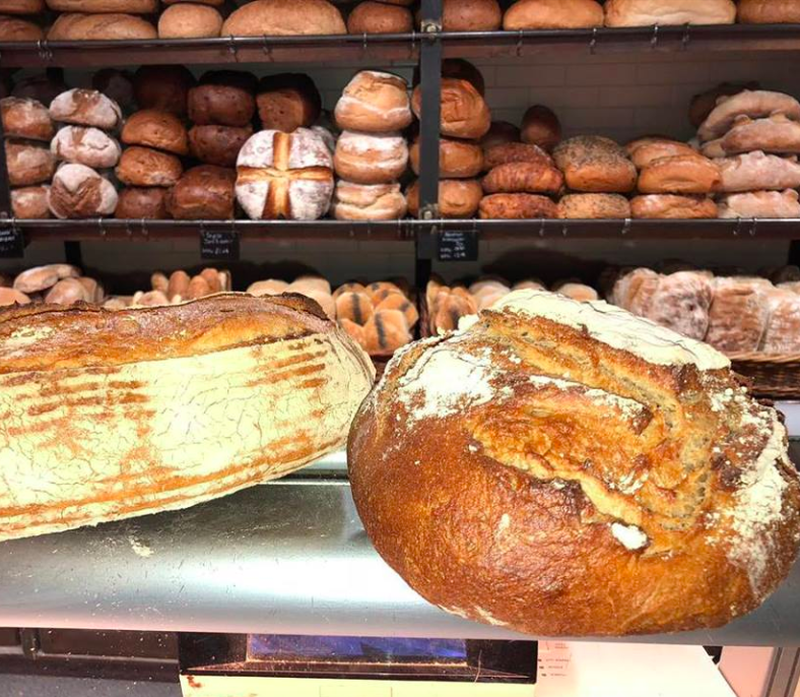 Having its roots in Eastern Europe, this community food haven, essentially a classic European deli, has been doing its thing for almost six decades. People come from all over the show to pick up their house baked loaves, their massive German Sausages (fnar), their Polish doughnuts and pastries, their Italian antipasti and coffee, their Greek olives, their Spanish hams, their French cheese and so many other European wonders that it might lead a person to the conclusion that Brexit is a really bad idea. With a large outdoor seating area, you can grab a casual bite to eat and a coffee with mates before filling your hemp-fibre tote bag full of goodies to take home. The Little Yeti is an establishment of the ‘limited menu but executed very well’ variety, which is more common in Asia than over here, where ‘all things to all people’ is perhaps too often attempted. The speciality you visit TLY for is momos, which for the uninitiated are not just a terrifying internet meme but also round (usually), dumplings not dissimilar to Japanese gyoza or Polish pierogi. Chapati Cafe is a true gem in the tradition of the good old ‘three and rice’ that every true Mancunian holds dear. Your rainbow of curries comes served on a compartmentalised metal tray which, some may say, is reminiscent of lunch at Strangeways, but it’s actually how lunch is often served in ashrams, cafes and from street vendors all over India, so there. Anyway, are you even a modern Chorltonite if you haven’t done a yoga course in Rishikesh? While the city centre Font Bar is often typecast as ‘that student place with the really cheap cocktails’, Chorlton Font is like a more sophisticated older sibling who’s just got back from a year or two backpacking around the world. Yes, their Happy Hour is resplendent with two-for-one day-glo cocktails, and they have a dazzling array of beers, but there’s more. The menu is best described as multicultural, with slightly unexpected ingredients like yams and wild garlic bud. Dishes are inspired by far-flung climes such as The West Indies, North Africa and North East Yorkshire, their fish is sourced from puntastic Grimsby fishmonger Northern Shoal and provides scope for inventive seasonal specials.

Click here for the complete guide to eating and drinking in Chorlton on the Top 100 Restaurants in the North West.

Oh and don't forget our guides to Ancoats and Didsbury too.

An insider’s guide to eating and drinking on Chapel Street, Salford
What you say
Read Next
● / Live / Gig