We were lucky to get in the new Albert’s in Standish. Midday on a very rainy Tuesday and it's rammed full with a wondrous variety of well-dressed shiny people. I didn’t spot a beardy tweedy asymmetric-haired foodie anywhere, but then this isn’t their natural habitat.

The lemon tart caused my friend to make embarrassingly loud yummy noises, enough for me to look around to see if she was causing a scene

This is not the food scene, this is where you go to be seen. This is the Albert’s chain, where they aim to 'deliver quality food to local customers at a reasonable price in a sharp modern space with friendly unpretentious service.' I’ve visited branches in Didsbury and Castlefield and the reason they’re packing them in is simple: its a safe place to bring your friends/family/colleagues.

Menus cover all bases, the atmos is buzzing, and no-one is likely to give you a hard time for taking them there. Clearly they’re winning at a time when many restaurants are not. But how? The food is important, but this doesn’t profess to be ‘outstanding’.

I was intrigued by the vegetarian black pudding on my crispy duck egg starter (£6.50) so I asked the waitress what was in it. She sweetly seemed a little perturbed about bothering chef, but did well-meaningly promise to ask. Apparently she asked four people - just how unapproachable are the chefs?

The egg was nicely runny, rich and crispy - although had been under the hot lamp for a tad too long. Broad beans and watercress seasonally splendid, asparagus unseasonally so. All lovely companions to the rich yolk and, although I missed the gore of a real black pudding, the vegetarian inclusion (made of beetroot apparently - thanks Jackie) made it a good hearty starter. The sautéed potatoes tasted watery and weren’t particularly crispy and the ‘braised’ gem lettuce was raw with a charred edge, which was clearly an action taken by a chef who knew not what the point of it was.

As we were near Wigan we felt compelled to order the Little Pie n Peas (£6.50) A lovely looking handmade beef and carrot raised pie, with melting shortcrust pastry and red wine sauce in a cute little saucepan, accompanied by a great hunking pile of traditional marrowfat mushies. Cute pie, cute gravy. Nothing cute about the peas.

My friend ordered warm goats cheese fritters salad (£11.50.) Stunning, delicately-flavoured Yellison Farm cheese with a light whipped texture, in a nutty poppy seed crumb. Serious crunch without over-cooking. There were only three. I felt robbed for Claire, but to be fair, that's because I'd robbed one off her. I’d have started a fight over them in the car park, but I wouldn’t want to get blood spattered on the Range Rovers. The unremarkable salad was dressed with a teardrop of raspberry vinaigrette that looked as appetising as Pepto Bismol. More awesome fritters and more effort on the salad and that could’ve blown my mind.

Turmeric roasted cod (£16.00) was earthy and aromatic, honouring the memory of the fish with great cookery. The saag aloo needed more saag to give it dimension, and the rice was arguably irrelevant as there was no juice to speak of. They had added some braised sweet onions which really gave the dish the sweetness it needed. On first look the dish lacked colour and vibrancy. You needed to open up the undercooked bhaji and shove the cod out of the way to get any sense of the colour palette that could’ve been.

We ordered lemon tart with rhubarb compote, clotted cream and summer fruit coulis (£6.50) plus the very filling white chocolate and pistachio profiteroles with salted caramel sauce and Longridge Farm’s vanilla ice cream (£6.50) with instructions to just place both anywhere on the table for sharing. Our waitress proffered a tape measure and a knife, which tickled me something rotten.

My friend remarked that the profiteroles seemed stale, and I reckoned they were probably fresh but just over-refrigerated for a good speedy pud, which is great for the kitchen but not for the diner. There was no mmmm or oof about them, but they were very dainty and elegant. If the salted caramel had bothered to show up I bet it would’ve been a different story.

The lemon tart caused my friend to make embarrassingly loud yummy noises, enough for me to look around to see if she was causing a scene, but after tasting it I was compelled to join her. That bruléed top though; an extra fine layer of sugar glass. The rhubarb compote was as tasty as unseasonal fruit can be, and the cream was more squirty than clotted. 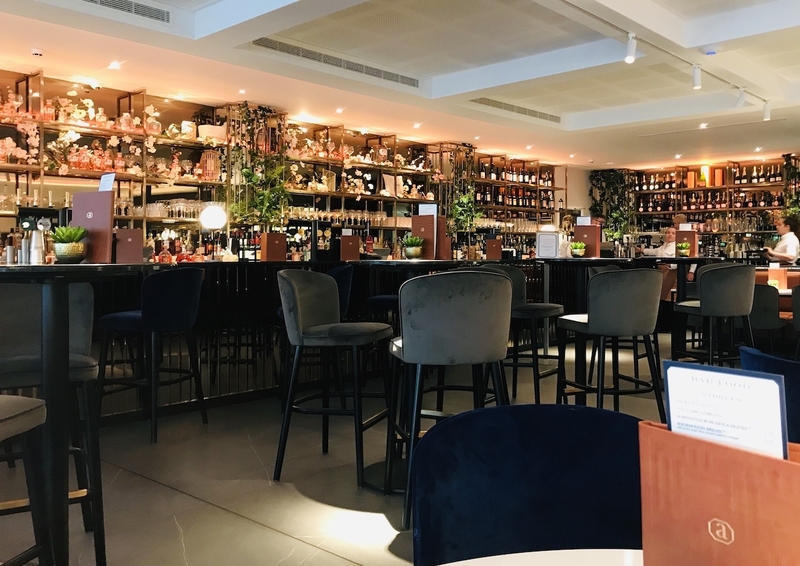 Albert's interior is reassuringly identical to the Albert’s in Didsbury, with its gold trims, marble tops and generous booths. The staff are kind and smiley, and aren’t a bit nervous about where their tips are going. (After last year’s widely reported tips scandal I checked and they’re all getting theirs...) It all adds up to being a great place to hang out with the people you love. Yes the food is just nice, but who cares? Everyone’s enjoying themselves. The two-week wait for a weekend table kind of proves it. 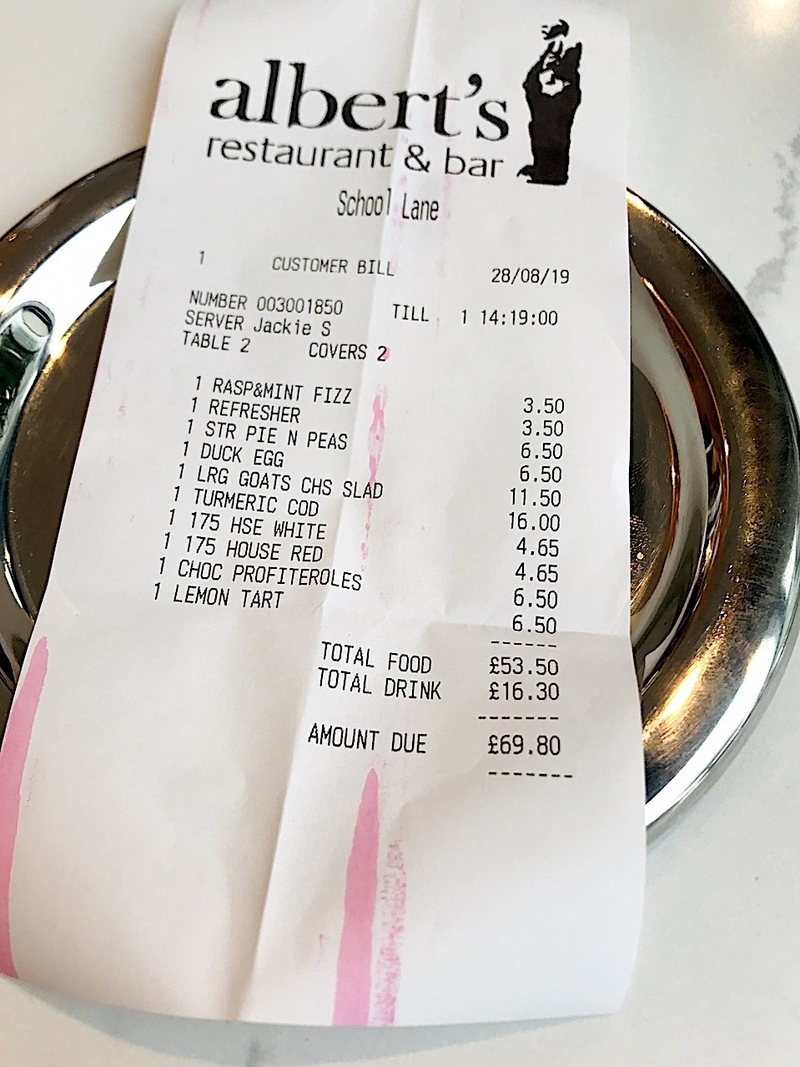