‘A distinctive voice and a dramatic story’ - Dusty, The Lowry, reviewed

Joan Davies predicts a strong future for this landmark new musical, based on memories from those who knew Dusty best

Dusty opens where the sixties weekend started: the Friday essential viewing TV show Ready Steady Go, counting down 5-4-3-2-1 to another essential viewing session of mainstream and ground-breaking pop music in the era when it really mattered. There was always something new. In this show, it’s Dusty Springfield’s first solo appearance as a rock and soul singer, abandoning the folk style she’d successfully sung with The Springfields.

As ‘jukebox’ musicals go this one’s pretty good. Dusty has invaluable building blocks: a great box of songs, a distinctive voice, and a dramatic story which, viewed from today’s perspective, provides a reflection on welcome changes in our own society. Pull in the writing skill and obvious sympathetic eye of successful writer Jonathan Harvey and the high-end musical theatre experience both on and off stage of director Maria Friedman, and it’s hard to go wrong.

The ‘tour’, just Bath and Manchester, is clearly a pre-London try-out. There’s certainly room for improvement: removing a few clunky features in the first act would be welcome, as would exiting the over-reliance on body parts and sex act jokes. But the second act really takes off as the tortured soul of Dusty gives way to a destructive search for satisfaction through drink, drugs and exploitative relationships. Thankfully, Dusty’s work ethic resurfaces and her revival, supported by success with The Pet Shop Boys, brings happier times; held onto briefly until illness takes hold and Dusty and the world part company, a few months before her sixtieth birthday.

Harvey’s writing doesn’t gloss over the difficulties Dusty faces, nor the pain she causes others. Writer, director and stunning cast take the second act beyond mere jukebox nostalgia to display the complex relationships between nature, nurture, society which build success and then seek and permit its destruction. 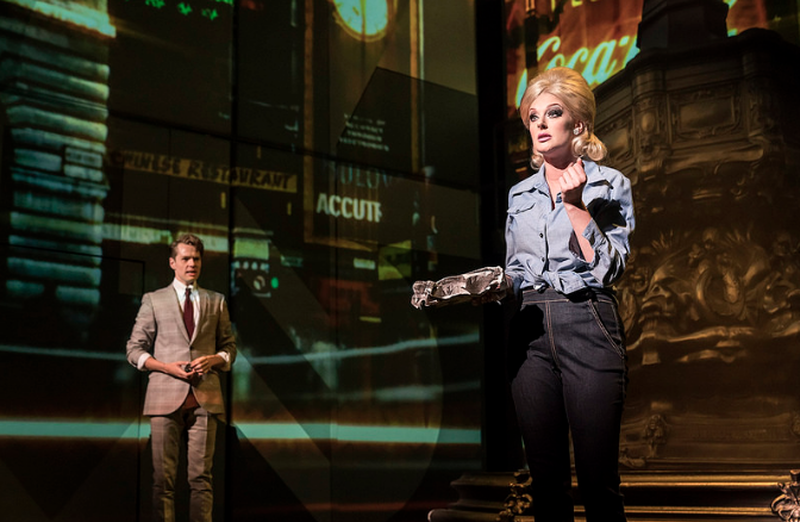 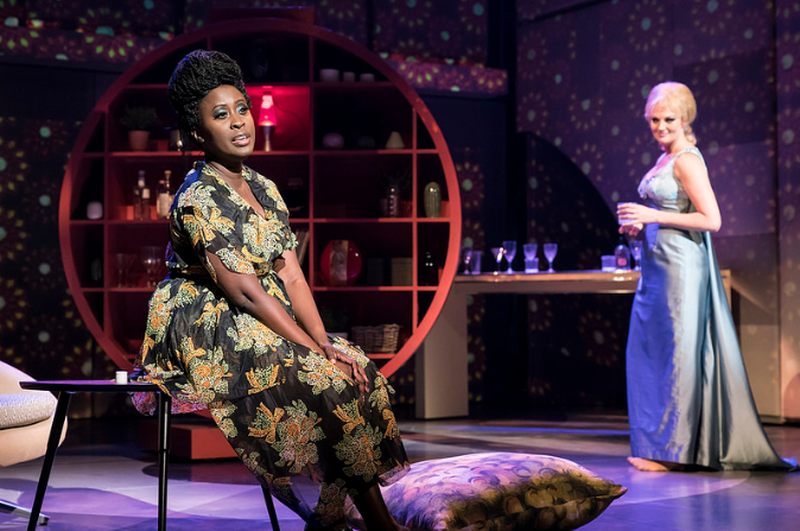 Negative periods are portrayed without sentimentalism but with pace and heartfelt songs to an empathetic audience response, aided by the distancing effect of time and changing attitudes. Dusty’s refusal to play to South African segregated audiences would be much better understood today but then resulted in her deportation (albeit with a guard of honour of baggage handlers), and the idea that lesbianism or bi-sexuality would destroy a singer’s career now seems Neanderthal, though in fact it had purchase in the ‘swinging’ sixties.

Katherine Kingsley provides a strong portrayal of the wilfulness and weakness of Dusty, alongside a lack of self-confidence plus the simple pleasures she finds in success and her determination to stick to her views. Her voice doesn’t have quite the low underlying near-to-breaking growl of Dusty’s. That was unique. But she’s 100% there on the emotional scale.

The ensemble work is strong, with dance and songs delivered in style suitable for the times:  sixties artists caught up in the whirlwind never quite knew when they were just having fun or were really changing the world. In support there’s a stunning performance from Joanna Francis as Lois, Dusty’s most reliable lover. There’s a voice worth looking out for in future.

The show ends with a well-deserved and genuine standing ovation, and a sure future ahead.

Dusty runs at The Lowry until Saturday 28 July, with a 2pm Saturday matinee