Five northern food & drink destinations worth the trip from Manchester 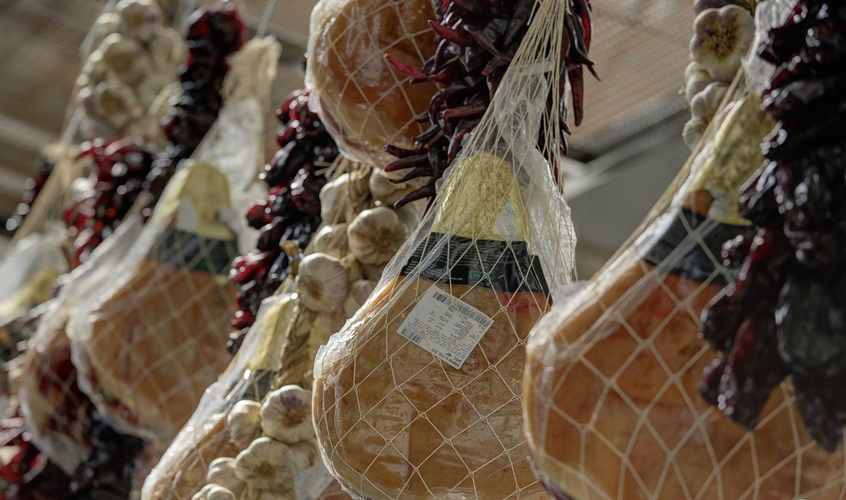 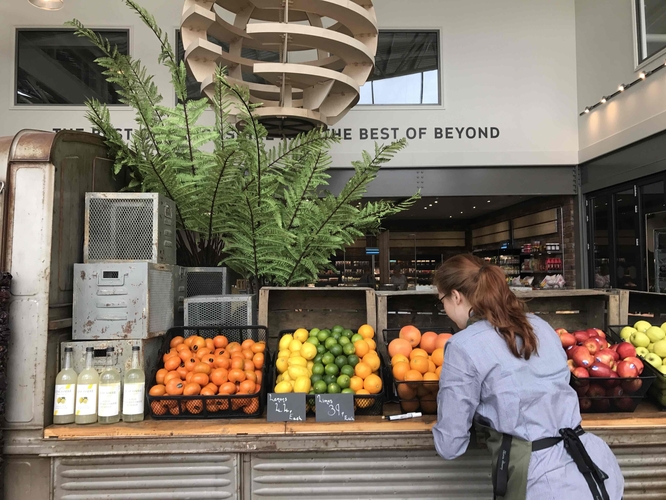 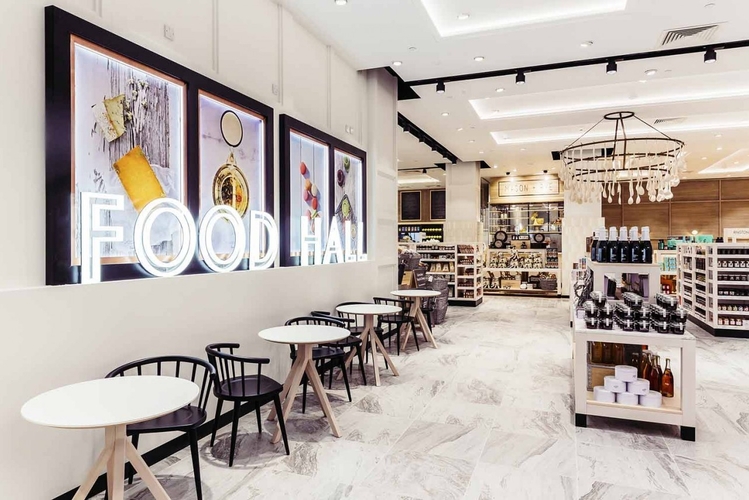 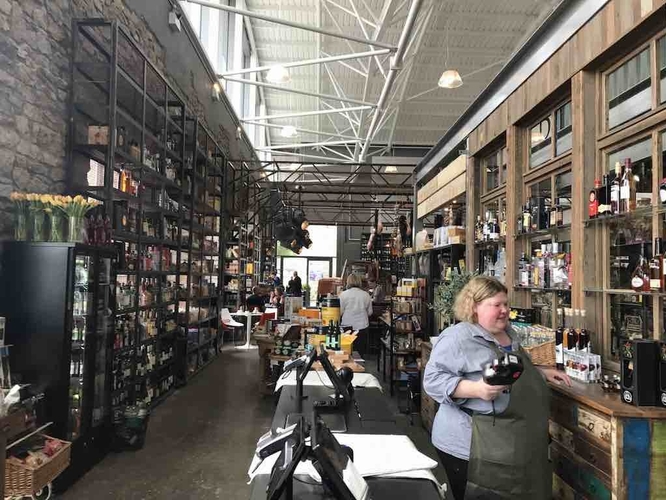 While there's plenty of food and booze gems (part one and part two) to be discovered closer to home, sometimes you just need to get out of the city, stretch your lungs, legs and in this case, perhaps your belly too.

So here's my five great northern food and drink destinations worth the journey from Manchester...

Clitheroe and the Ribble Valley are a fertile hunting ground for food producers and good places to eat. Five of its hostelries alone feature in this year’s Estrella Damm Top 50 UK Gastropubs – The Freemasons at Wiswell, The Parkers Arms, The Inn at Whitewell, The Assheton Arms, Downham and The White Swan, Fence.

D. Byrne & Co Wine Merchants, Wellgate Fisheries and Cowman’s Sausages are just three top foodie magnets in Clitheroe itself. Now they are to be joined by a hugely ambitious new enterprise, worth the trip north alone.

Entrepreneur James Warburton is spending £10 million converting the town's Grade II listed Holmes Mill into a goods and leisure complex. The 38-bedroom boutique hotel, cinema and swimming pool/spa are a way off, but the stupendous Beer Hall, home to Bowland Brewery, has now been joined by the Bowland Food Hall, designed on the same enormous scale.

Still a work in progress, it is now open and thriving; boasting an in-house butchery, seafood bar and specialist fruit, veg, cheese, charcuterie and drinks counters. There’s also a gelateria in operation next door, using local milk and eggs as the basis for its ice creams.

Next up is expected to be a bistro, adhering to the a zero-waste policy, ensuring all unsold Food Hall produce will be used in the company’s own range of dishes.

For the moment, the most fully formed part of the complex, a ten minute walk from the town centre, is that beer hall, utilising the original features of the Boiler Room it’s housed in. The 107 ft oval bar vies with the one in Glasgow’s Horseshoe Bar for the title of Britain’s longest.

There are 42 hand pumps for cask ales including Bowland’s own Hen Harrier, with a penny from every pint sold going to the RSPB’s work to protect the bird of prey by the same name. Some 24 guest beers changing every week and bottles from across the globe add to the allure. Food is geared towards accompanying beer; chilli dogs, jerk chicken and pies.

All this would be something, with the gleaming tanks of the brewery at the end of the room, but step left and you enter The Engine Room, complete with the mill’s original engine, Elizabeth. The atmospheric space is beautifully restored with huge comfy chairs dotted around.

Well worth the road trip from Manchester, though we’d recommend coming by rail, if you want to do justice to that bar.

Hebden Bridge is hardly one of the North’s best kept secrets. It’s a hugely popular day-out spot, with pride in its independent shops and a glorious array of outdoor attractions; whether you want to walk in the National Trust’s Hardcastle Crags (in a couple of months autumn will give it russet splendour) or visit poet Sylvia Plath’s grave in the atmospheric hilltop hamlet of Heptonstall. Take advantage of an amazing spurt of new bars, craft beer and gin the usual suspects to the fore, in the town itself, supplementing some pub old stagers that have survived the horrendous floods that have devastated the Calder Valley.

Indeed one of the newcomers, Calan’s Micropub was a victim of the Boxing Day 2015 floods not long after it launched. Against the odds, owners Alan and Alison restored the tiny haven off Bridge Gate with its four cask hand pumps and typical microbar policy of no music, cold snacks and total acceptance of dogs (Hebden is canine heaven).

Neighbours across Hebden Water The Old Gate are equally dog-friendly, though it ticks all the boxes of cutting-edge craft beer bar with lively food menu. Also on Market Street, Drink? is more a bottle shop with tables and an eclectic beer range.

Both are overshadowed by the new craft beer shop on the block. Vocation Bar has reclaimed the ground floor of another flood casualty, Moyles Hotel on New Road (the A646 to Halifax) and given it a stylish, minimalist makeover. The bank of keg pumps offers the complete, utterly delicious range of owners Vocation Brewery from nearby Cragg Vale, but also guest beers of all styles (DIPA, sour, saison et al) from craft front-runners such as Northern Monk, Magic Rock, Wild Beer, Wylam and Beatnikz Republic. Indeed, on my most recent visit they were even selling the Marble/Holy Crab Manchester Beer Week collaboration, Marble Pineapple and Langoustine Gose.

Fifty yards away is a much more modest new arrival, tiny Nightjar bar, housed on a street level unit in Hebden Bridge’s independent Picture House cinema. Like Vocation, no food but lots of gin and a well-chosen beer range and, as with all the bars mentioned, a terrace spilling out onto the pavement.

Gin’s big here and there are Spanish jamon platters in lavishly renovated trad pub The Albert around the corner in Albert Street, but for a real, surviving Hebden real ale pub try The Fox and Goose on the corner of the road leading up to Heptonstall. It’s community owned, has a terrific hillside terrace and echoes of Hebden’s hippy past.

A bonus, if you’ve come on the train (via Rochdale), is the Pig and Barrel in the station’s former parcel office. By day all week it is a cosy coffee shop, but from late afternoon on Fridays and Saturdays it’s a gin bar, with 70 plus on offer, and three draught beers. Cheers.

You’ve got to admire the sheer hogcentricity of an outfit whose email address is squeal@hamandfriends.com. It’s the pigling sibling of Friends of Ham, whose mix of charcuterie, craft beer, sherry and oozing raclette on sourdough won it national acclaim, as has Leeds city centre neighbour Bundobust’s mix of Indian veggie street food and craft beer… a pattern developing here.

After all, the acclaimed Bundobust made the leap over to Manchester and a much more stunning venue, while FoH added a second, similar ham-spun bar in Ilkley before establishing this gorgeous food emporium on the site of an old nightclub. Spread across two floors, it is the jewel among the independent businesses in the historic Grand Arcade.

The top floor offers a range of wines, with a strong natural selection and also hosts masterclasses run by the Yorkshire Wine School. The food hall downstairs has a chilled walk-in cheese room showcasing some amazing dairy produce from Chapel Allerton cheesemongers George & Joseph, alongside Italian and Spanish charcuterie from the likes of Brindisa.

Among all this there is a well-run restaurant serving a changing roster of small plates – punchy stuff such as smoked eel, ratte potatoes, horseradish and sorrel (£8) or pig’s cheek blanquette with Jerusalem artichokes and pickled shitakes (£15). Partner them with an Meinklang’s earthy biodynamic pinot noir from Austria, a signature ‘Salty Negroni’ or any number of savoury craft beers. It’s Friends of Ham writ large. Every city should have one.

“Everything here is as good as it can get,” said Charles Campion, occasional Confidential reviewer, of Andy and Kathy Swinscoe’s specialist cheese affineur operation when it was located in The Courtyard; a quality mini-shopping complex off the A65 outside Settle. The remarkable quality of their mainly British, often unpasteurised, cheeses won French-trained Andy 'Cheesemonger of the Year' at The World Cheese Awards four years ago and Courtyard cheeses feature on the menus of a roll call of the North’s finest restaurants – including L’Enclume, Moor Hall and Forest Side. Long time fan Mary-Ellen McTague imports some of their wares for her new project, the Manchester Art Gallery Cafe.

Now they have a new home a few miles up the same A road in the former Yorkshire Dale Falconry Centre and it’s a terrific shrine to cheese. Downstairs there’s a museum of cheesemaking history and a dairy workshop where you can learn how to make your own; upstairs there’s a cafe where you could just have cake and coffee, but you’d be mad not to sample cheese-based savoury dishes such as retro apres-ski favourite Fondue and Alpine alternative Raclette; molten Ogleshield cheese scraped onto sourdough – the ultimate cheese toastie.

They’ll even sell you a specialist raclette machine, wooden cheese boards, chutneys, Yorkshire charcuterie, ‘wedding cakes’ made out of cheese and much more, but your priority purchase here has to be cheese. They’ll let you taste whatever you want, so with chutzpah there might be no need to eat in the cafe.

One bucket list cheese? It has to be smoky, nutty Etivaz, one of the handful of non-British cheeses, which is made in small Alpine chalets only during the summer months. In Andy’s words, it “showcases how Gruyère would have been made hundreds of years ago.”

OK, this hardly comes into the territory of a day trip, but Newcastle makes a great weekend destination (check out Fine Dining On The Tyne Is All Mine) with fine pubs and restaurants alongside all the essential photogenic sites; the BALTIC Centre for Contemporary Art and the futuristic Sage music venue across in Gateshead, and the three links across the River Toon - the graceful Millennium footbridge, the iconic Tyne Bridge and the High Level Bridge.

Veteran chef Terry Laybourne also has claims to iconic status in his native city. Having shed the Michelin star he once held at 221 Queen Street, he is a convert to a more relaxed style of eating and drinking. Hence, his casual Italian Caffe Vivo, sleek brasserie 21 and, occupying a converted 18th century warehouse close to the Quayside, The Broad Chare gastropub. All are worth a visit but his most striking contribution is the upmarket Fenwick Food Hall.

The Geordie equivalent of Harrods has reinvigorated the flagship store of this independent chain – a mix of fish, meat, cheese and chocolate counters combined with the likes of Med-influenced wine bar Fuego, Ko Sai Asian kitchen, the Mason Rye patisserie/cafe and the Saltwater Fish Company Bar, all open until late.

Laybourne doesn’t stand still either. This month he has announced a unique meat-centric  bar for the Food Hall, called Porterhouse Butcher and Grill in place of Ko Sai. Expect a Josper Grill and Peter Hannan’s award-winning beef, aged for up to 45 days in Himalayan salt chambers, which give the meat a unique flavour and tenderness. Fortnum and Mason is the only other retailer to offer this in England. Not even Harrods.