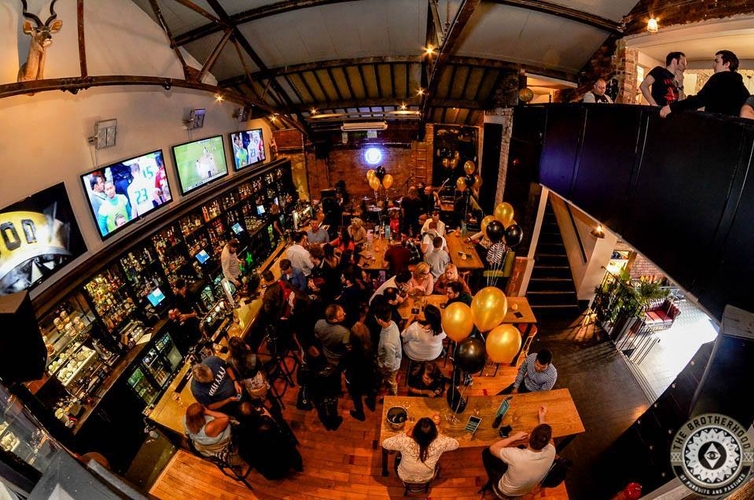 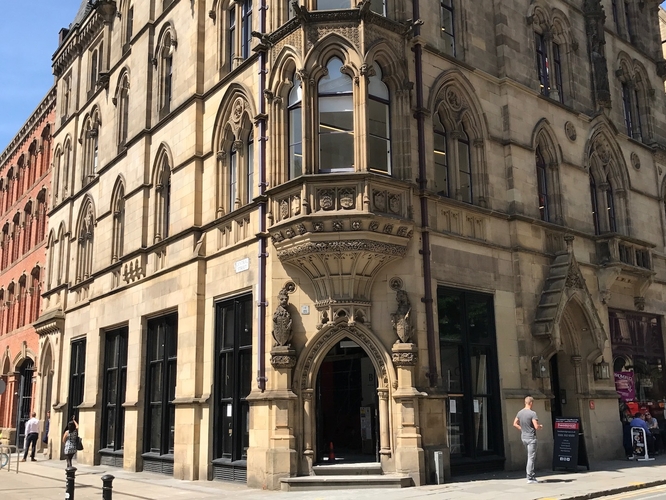 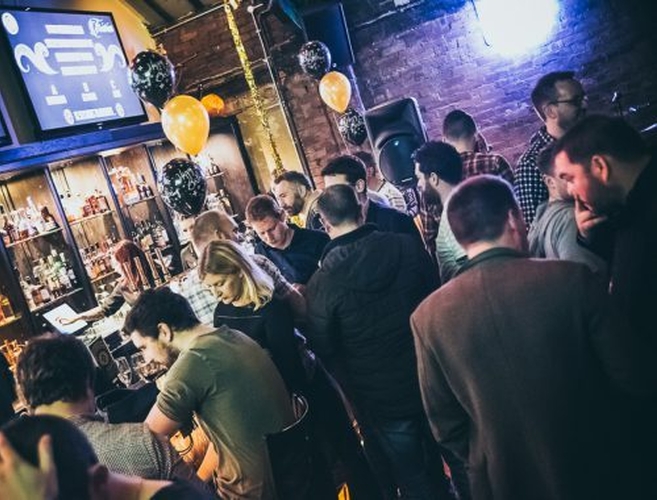 There are a number of sites in the city centre that try as operators may, seem doomed to failure. None more so than the grand former Inland Revenue offices (1876), tucked neatly behind Central Library on the corner of Mount Street and Central Street. In recent years the site has witnessed the demise of Bourbon & Black, Velvet, Beluga and Citrus, without any really registering on the city’s food and drink consciousness.

Next to take a punt here is the snappily named Brotherhood of Pursuits and Pastimes, a posh sports bar founded in Leeds in 2014, which plans to launch in Manchester on 24 August.

Brotherhood’s co-founder, Seema Dhiman, told Confidential: ‘The Brotherhood of Pursuits and Pastimes exists to entertain with the finest sporting events while delivering exceptional service… we believe that you shouldn’t have to sacrifice good taste and a great time to celebrate sport – so we don’t.”

In Leeds, the venue offers nine HD screens, high-quality surround sound and headphone ports that allow customers the option to switch between sports and screens.

Behind the bar there’s a strong focus on Scotch, Irish and Japanese whiskeys, as well as beers, wines, gins and a 20+ strong classic cocktails menu.

But is Dhiman confident that Brotherhood, a sports bar, will manage to do what its predecessors have not (namely to stay open longer than six months)?

“This is no common sports bar,” says Dhiman, “we believe in promoting our key values of acceptance and respect while celebrate every guest that walks through our doors. This new site encompasses the Brotherhood from its grand architecture to the speakeasy feel.”

We think that means yes.

The Brotherhood of Pursuits and Pastimes opens at 2 Mount Street (behind Central Library) from Thursday 24 August.