1.5m Hospitalised For Alcohol Abuse In The North West

NEW FIGURES have revealed that the North West's alcohol problem is costing the NHS over £400 million, as alcohol-related hospital admissions reached 1.5 million in 2012 and 2013.

19% of people are 'drinking at a level which increases the risk of damaging their health' in Manchester.

A map of alcohol harm by Alcohol Concern unveiled a nationwide booze crisis, with the total number of alcohol-related NHS admissions (including inpatient, outpatient and A&E visits) reaching almost 10 million in England. The North West accounts for 15% of all patients admitted.

The worrying findings also detailed how 1.3 million people are classified as either increasing or high risk drinkers in the North West, with 19% of people 'drinking at a level which increases the risk of damaging their health' in Manchester.

Overall, the North West's alcoholism is costing the NHS £434.2 million in total, with the cost of inpatient admissions 2.5 times greater than the cost of A&E admissions. 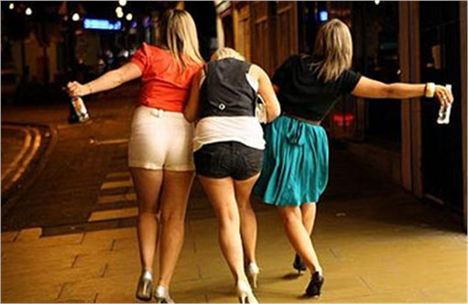 The Alcohol Harm Map (available to view online) also demonstrated the wider health and financial impact unsafe drinking is having is having in the North West. It showed:

- There was a £99.6m cost to the NHS for hypertensive disease inpatient admissions attributable to alcohol consumption.

- Alcohol is attributable for almost half of all head and neck cancer inpatient admissions in the North West, at a cost to the NHS of £10.3m.

- Over 3,500 deaths in the North West were attributable to alcohol.

Commenting on the data, Alcohol Concern Chief Executive Jackie Ballard said: “The NHS is now facing an intolerable strain from alcohol-related illnesses. This is not just from readily-identifiable causes such as A&E visits and admissions for liver disease, but from a significant number of other conditions in which alcohol plays a major, but often underappreciated part.

She added: “We need to ensure adequate alcohol care pathways are prioritised and appropriate services are put in place to ease this burden. However, we also urgently need action to prevent alcohol misuse; the first and most effective of which is for the government to implement a minimum unit price, which has the potential to save the economy millions, and most importantly save lives."

Commenting on the significance for the NHS, Dr Carsten Grimm, Clinical Lead for the Alcohol Service in Kirklees, said:

“It is vital that people understand the full consequences drinking at unsafe levels can have on their health.

"With almost ten million alcohol-related hospital admissions, we can see just how serious an impact unsafe levels of alcohol consumption is having on our health system. Drinking alcohol above recommended levels can have a damaging impact upon almost every part of our body, and it is crucial that national and local organisations work together to address this harm."