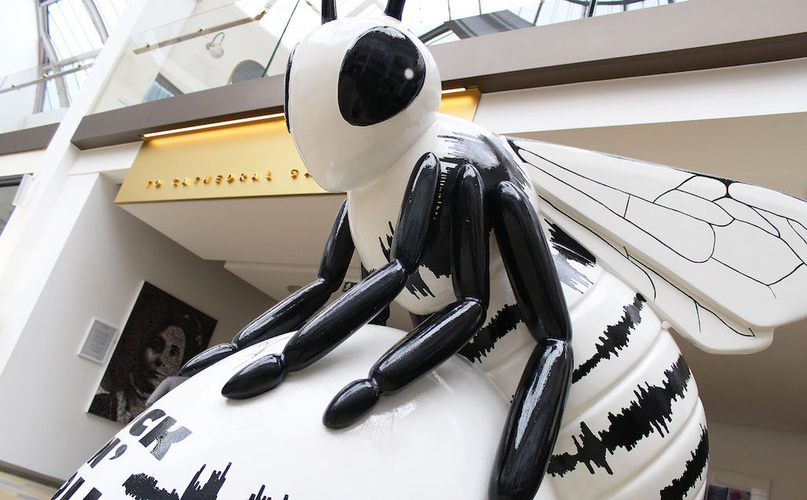 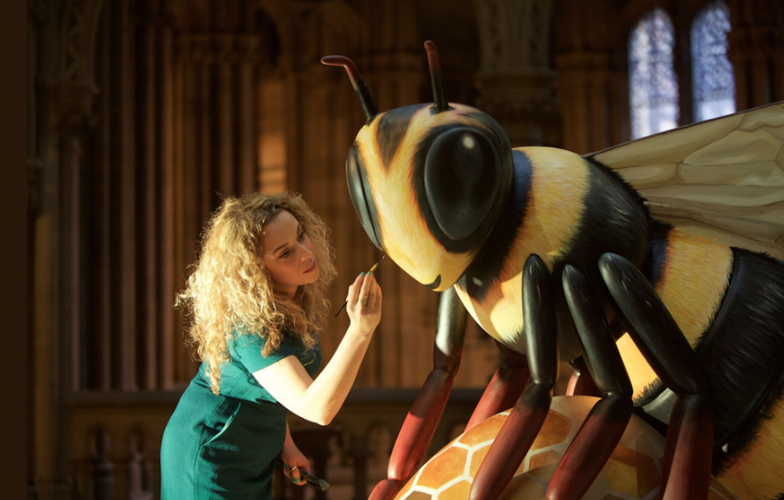 Out and about in Manchester today? Chances are you may have spotted a giant bee. That’s because Bee in the City launched this week, featuring 101 honeybee sculptures designed by local artists and community groups.

Each sponsored by a local business, the critters will be on display throughout Manchester until 23 September, after which they’ll be auctioned off to raise funds for the Lord Mayor’s We Love MCR Charity - which works to improve the lives of Manchester people through community grants and initiatives. Want to do your bit without buying a humongous bee? You can donate, fundraise or buy merchandise too. 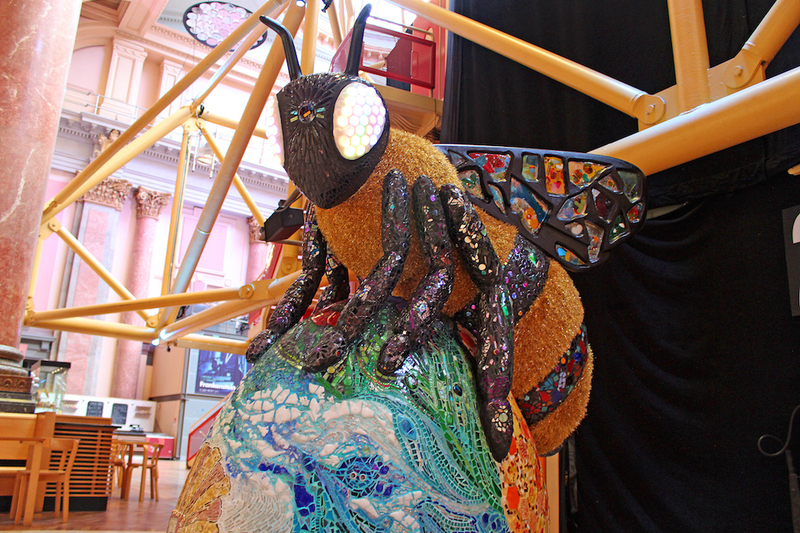 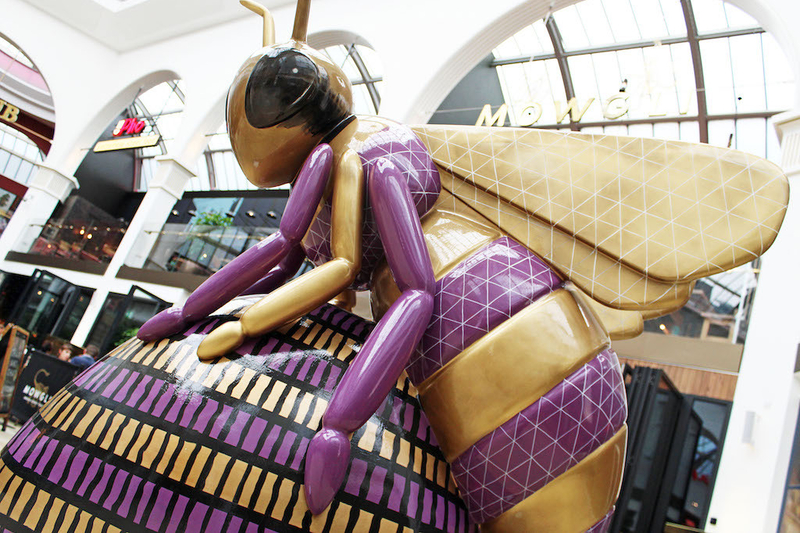 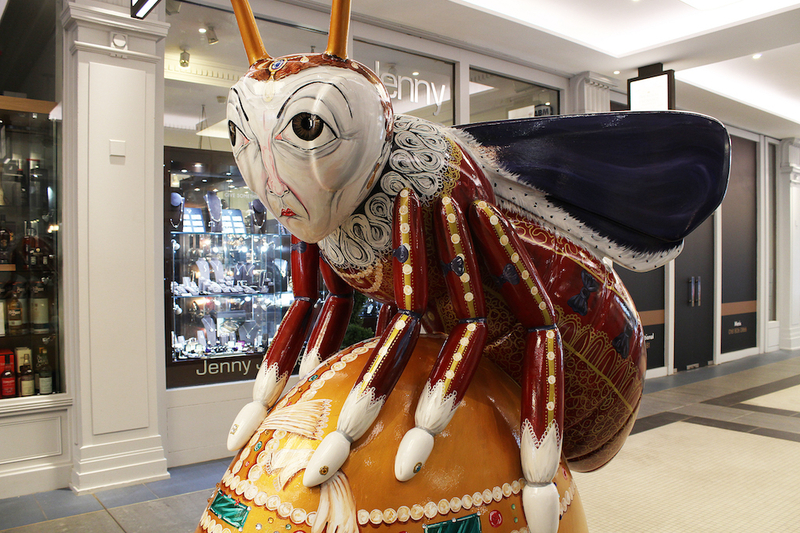 The project comes courtesy of Wild in Art, a leading global producer of public art events, and builds on the 150-year heraldry of the Manchester worker bee; a symbol of the city’s industrious spirit and, latterly, its solidarity in the wake of the arena bombing.

It’s expected to attract over a million visitors, generate an estimated £20m for Manchester’s economy and raise around £300k for local charitable causes.

One of the city’s biggest ever public art installations, Bee in the City also features 131 ‘little bees’ created by local schools and youth groups - some of which can be seen below. 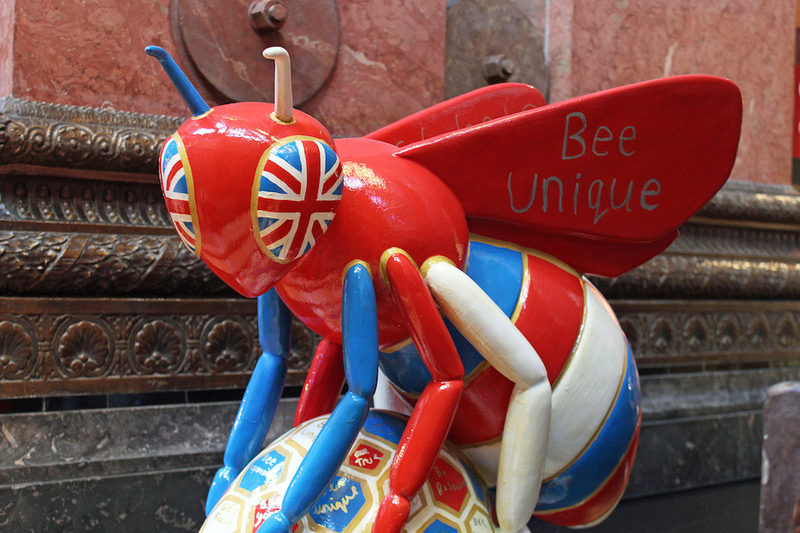 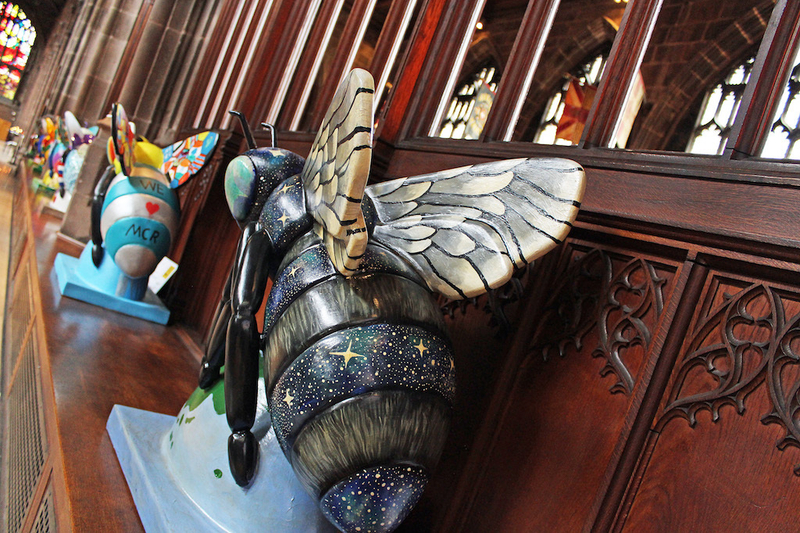 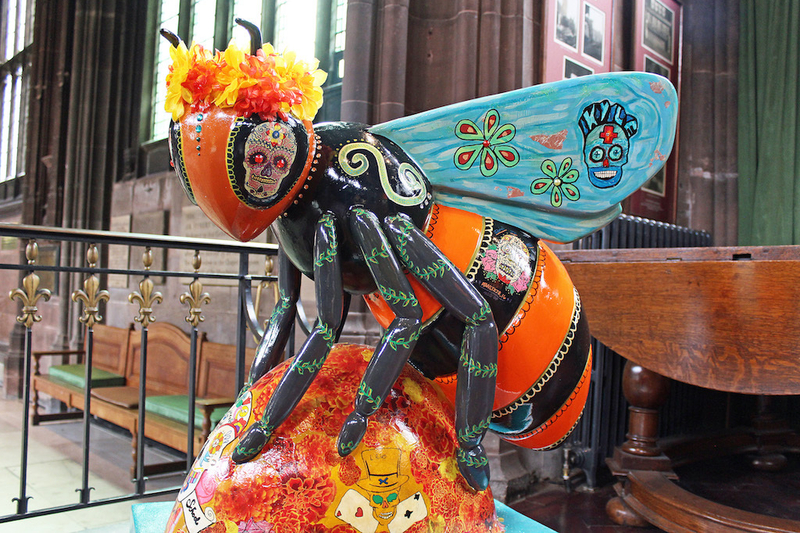 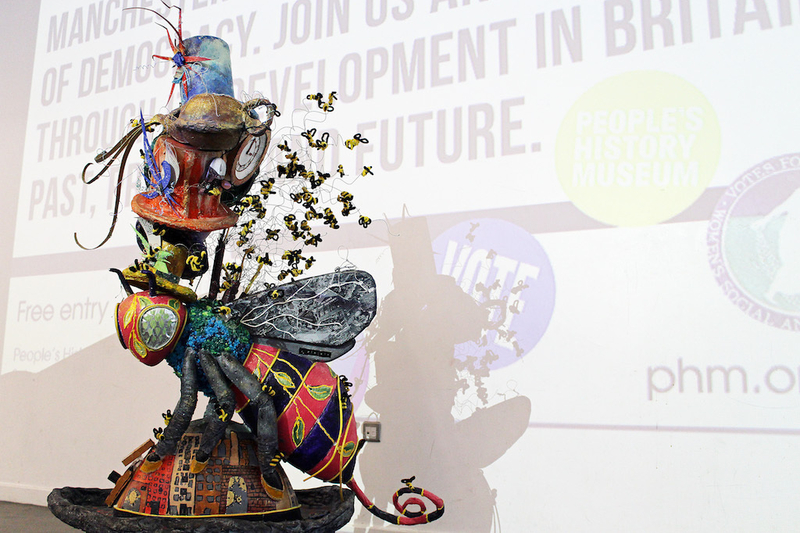 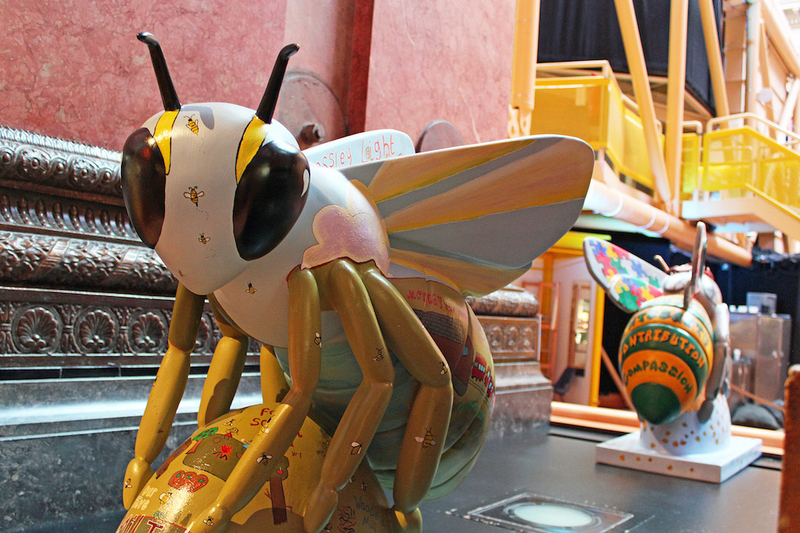 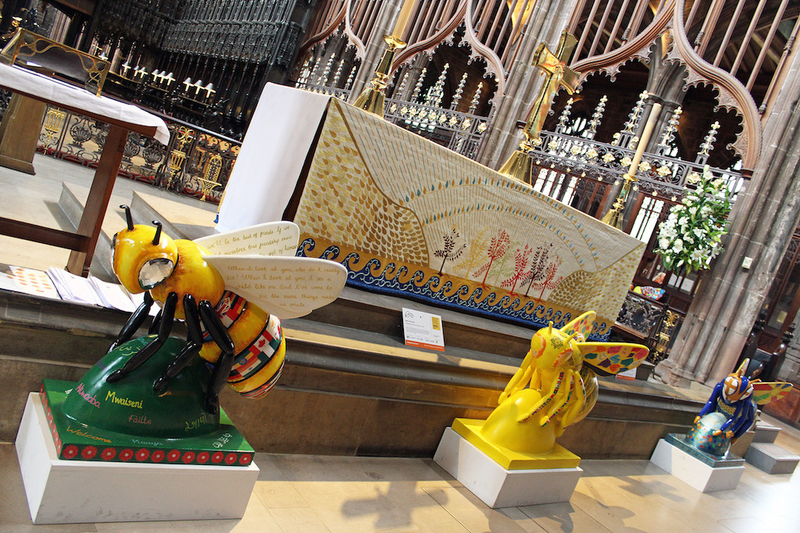 A free trail, showing where to find big and little bees alike, can be downloaded from the Bee in the City website or picked up from one of the trail hubs. Participants can also download the app for £1.99 (25% goes to the We Love Manchester charity), which unlocks a range of extra features.

Officially announced in November last year in a ceremony at the Town Hall, Bee in the City has been abuzz with activity ever since. The final designs were selected in April, announced in May and some even given the A-list treatment: Bee Live in Mcr, sponsored by SJM Concerts, features a swarm of signatures spanning Ed Sheeran to Taylor Swift, The Rolling Stones to Gary Barlow and Liam Gallagher - who also signed the Rock ‘n’ Roll bee, featuring his iconic logo.

All bees were stored at Mayfield Depot, before being installed across the city for the official launch today.

From Sylvia Pankhurst to Alan Turing, Corrie to Cottonopolis, many bees reference Manchester heritage. Elsewhere, you’ll discover everything from sundaes to Picasso and even the Queen. See all the designs here.

Ahead of its farewell weekend and final auction, Bee in the City will also see a free summer events programme, spanning weekenders to Feel Good Fridays and a children’s reading challenge. Here’s what’s on…

A weekend of buzzing summer fun to celebrate the launch of Bee in the City. Savour cocktails and canapés at the Harvey Nichols garden bar and sounds of the city on the live music stage. Enjoy sensational street performances from Pif Paf, join in craft workshops and browse local beekeepers’ honey products, sweet treats and gifts at the artisan market.

Join Well Pharmacy every Friday from 27 July to 21 September in Castlefield for their free 30 minute sessions. They begin at midday and there are nine to try, from disco yoga to mindfulness. All abilities and all ages are welcome; no bookings required.

BEE A READER | Until 8 September

In partnership with the National Literary Trust and Read Manchester, Bee a Reader will use the buzz of the bee sculptures to encourage families to spend ten minutes reading or sharing stories every day: every child who completes the challenge can claim a free book at their local library. There’s also a challenge for secondary school pupils, and a creative writing competition for children up to sixteen.