10 excellent things to eat, drink and do around Manchester this month 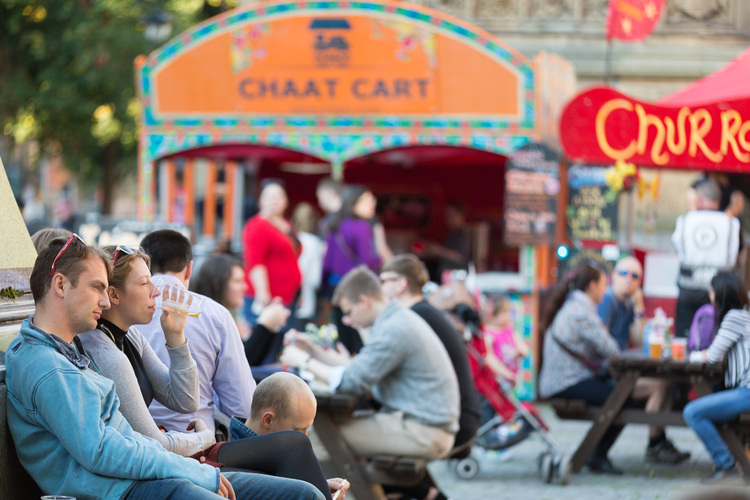 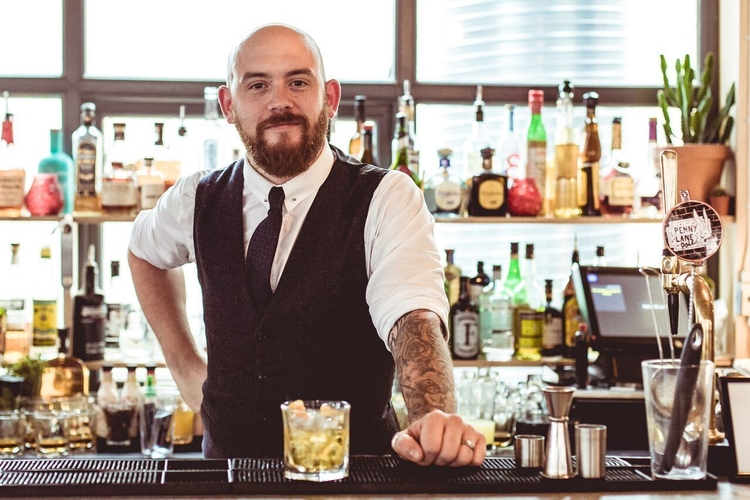 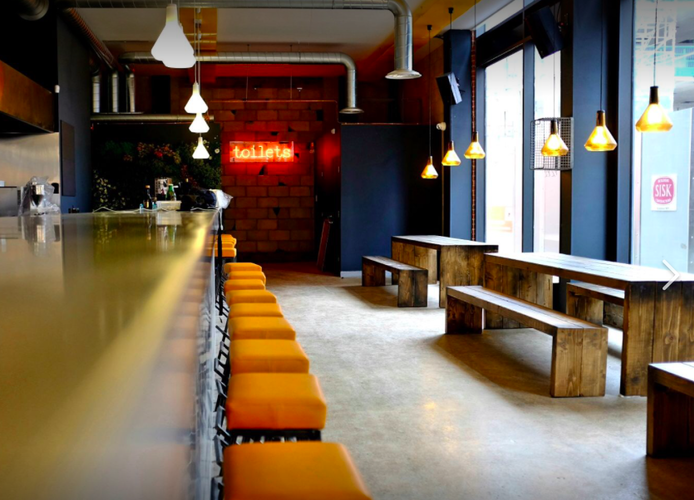 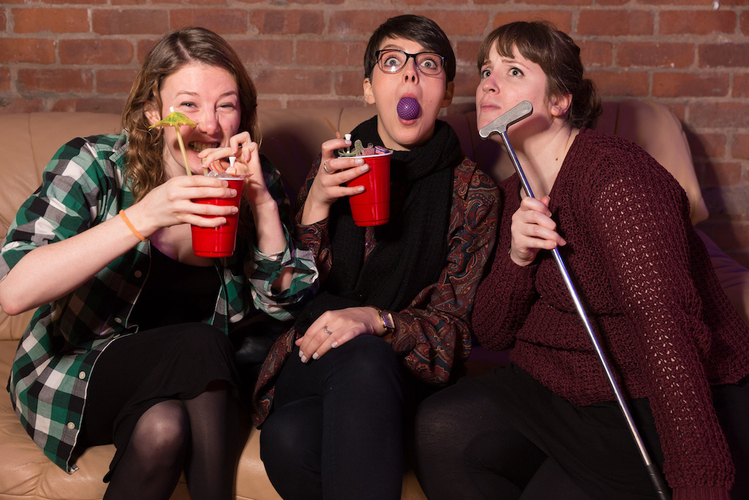 Here's a round-up of this month's best booze, grub and boozy grub events

Each month Manchester has a huge amount of new restaurant and bar openings, food events, seasonal dishes to try and drinks to get down your neck. So get your diary out, because we’ve put together a list of the top ten things worth getting out of bed for this September.

GIVE COCKTAILS SOME LOVE - Citywide, 4-10 September

There are still a few days left to arm yourselves with a wristband and join another 2,500 or so discerning drinkers for the week-long Manchester Loves Cocktails festival. Back for a second year, the city centre becomes a magnet for mixologists and world-famous spirits brands. Expect drinks-related shenanigans, tastings and masterclasses, parties and a competition to find the best bartender in the North.

There are a number of exclusive events over the seven day festival with various bars taking part and teaming up with a premium drinks brand to create with an array of exclusive £5 cocktails for wristband wearers. Some of the venues involved include Mojo, Liquor Store, Rosylee, Hula, The Fitzgerald, Tusk, Liar's Club, Crazy Pedro’s, Cane & Grain and Blackdog Ballroom.

Neighbourhood, the modern European and Manhattan loft-style bar and restaurant is trying to seduce the after work crowd by launching a new deal to encourage weekday drinking. Between 5pm-8pm, Monday-Friday, diners can enjoy a selection of their globally inspired small plates including freshly made sushi, tempura prawns, mini burgers, skewers and butternut squash ravioli together with ‘Instagrammable’ cocktails for just £5 each. Neighbourhood’s Not Going Home offer launched on Monday 4 September. Book your dinner and drinks table on 0161 832 6334. Neighbourhood, The Avenue North, Spinningfields, Manchester M3 3BT

DINE AT THE NEW ELNECOT - Ancoats, from 7 September

This new neighbourhood bar and kitchen on Blossom Street, in Ancoats’ former ice plant, sees itself as a place you'd feel as comfortable sat on your own at the bar as you would be hanging out with a group of friends.

A 44ft concrete bar runs into an open kitchen. Long bench tables allow for communal dining, as does a menu of sharing plates incorporating traditional methods such as pickling and fermenting some of the best locally sourced and sometimes foraged, seasonal produce. The menu is divided into Nibbles (bread with broccoli hummus and crispy pig’s ears with tartare sauce), Balls (meatballs or arancini with mushrooms or smoked haddock), Meat (such as pale ale braised ox cheek with parsnip puree and pesto), Fish (like sustainably-caught pollock with cauliflower and apple), Veg and Afters with a small selection of sides.

Alcohol will also be locally sourced; Manchester 3 Rivers house gin with Alphabet Brewing Company and Ticketybrew on tap. Drinks are named after Victorian Manchester gangs such a Bengal Tiger, Scuttlers Belt and Meadow Lads. Open every day from midday until 11.30pm, the bar will host quiz nights, vinyl nights and will have space available for local artists to exhibit their work. Elnecot, Ice Plant, Ancoats, Manchester M4 6AP

Another September opening that’s been a while in the planning, the Real Junk Food Project have just opened the doors to their new café, within the St James Building at 85 Oxford Street, where they plan to stay for the next six months. This not-for-profit community interest company intercepts perfectly good food that would otherwise go to waste from supermarkets, restaurants and a number of other sources. They then transform it into healthy and nutritious meals and serve it to customers on a pay-as-you-feel basis. The Real Junk Food Project restaurant is open to the public 12-3pm Tues-Fri but keep an eye on their Twitter for updates. Real Junk Food Project, 85 Oxford St, M1 6EQ

Oldham born Simon Wood, winner of Masterchef 2015, has opened his first restaurant in Manchester city centre. His signature style is based around ‘unintimidating high end dining’; modern interpretations of traditional flavours focusing on simplicity and purity. To get the full picture, park yourself in front of the kitchen pass at the chef’s table and order the tasting menu, a seven course mystery tour where Simon and his team create a series of dishes from the best ingredients available. Some of the dishes Confidential tried (see here) included mackerel, beetroot and goat’s cheese, roast cauliflower with a Lancashire cheese wonton and fillet of beef with mushrooms and Madeira. Available from 12noon – 2:30pm and 6:00pm – 9:00pm (Later at weekends subject to booking) Wood Restaurant, Jack Rosenthal Street, Manchester M15 4RA

For an alternative night out, try Junk Yard Golf, with three nine-hole indoor crazy golf courses (called Bozo, Pablo and Gary) constructed almost entirely from 'weird stuff found on eBay'. It has recently moved from Piccadilly to its 'forever home' on First Street and features UV slides, UFC bear cages, a hip-hop farm and five bars – including a tree house bar. Food is the kind of eat-with-one-hand affair such as hotdogs, cheesy nachos, homemade popcorn and pick ‘n’ mix sweets so you can keep your mind on the game. Junk Yard Golf, 1 First St, Manchester M15 4FN

On the first and last Thursday of each month, Bakerie bread & wine bar offer a chilled-out communal dining experience called Long Table Dining. Set along their 40-foot table, on a first come first served basis, it's like turning up for a great dinner party with old friends (or a chance to make some new ones) without having to get involved with the washing up. Each affordable mid-week event offers a fixed main course with a paired drink, (wines, craft beers or the occasional spirit pairing)

The dish for the next event, on 14th September, will be vegan; roast aubergine stuffed with a Masala infused soya curry and topped with flaked onion bhaji. This will be accompanied by a side dish of Dhal with turmeric, ginger and garlic and topped with fresh chilli flakes as well as boiled rice and Bakerie naan bread. All washed down with a large glass of sauvignon blanc. BAKERIE Bread & Wine Bar, 45 Lever Street, Northern Quarter, M1 1FN

BE ONE OF THE FIRST IN MAHIKI - Central Street

We first reported the news that this tropical themed London A-list celeb haunt was opening in Manchester back in October (here). It’s been almost a year to the day in the making, but Mahiki, backed by Ryan Giggs and Gary Neville, is finally planning to open at the very end of the month. This new upmarket club will be on Central Street, just off Albert Square. It’s billing itself as the ultimate party destination with tiki décor, fresh fruit cocktails and tropical flowers, but with and open door policy and no VIP rooms.

As we reported here, the successful veggie venue was forced to up sticks after some argy bargy with their landlords, but 1847 has now found a site three times the size of its last place. The meat free restaurant, which also has branches in Birmingham and Bristol, has relocated to Chapel Walks, adjacent to Modern British restaurant Grafene and will open its doors on September 22nd. Expect seasonal starters such as salt baked celeriac with sweetcorn, miso, golden beets, followed by main courses like slow roast beet Wellington with smoked shitake mushrooms. See the full menu here. 1847, Chapel Walks, Manchester M2 1HN

This popular urban food festival will celebrate its 20th anniversary this year. For a fortnight, the hub in Albert Square will host food and drink stalls, a huge bar, live music and a giant marquee for events and chef demos. Lots of special dining events, one-off chef collaborations and guest chef takeovers will take place in restaurants across the city. Highlights for 2017 include Gary Usher and Unabombers hosting a food rave at the Mayfield depot, two pop-up banquets from blogger and cookery book writer ‘Deliciously’ Ella Mills, a cookery demo and book signing from Wahaca owner Thomasina Miers and the popular Big Indie Wine Fest. Visit the MFDF website or see the full line-up here.