WITH International Women’s Day (IWD) fast approaching, Manchester’s own feminist festival is gearing up for another lively events programme inspired by the city’s radical tradition. Once again dovetailing with IWD, observed on Wednesday 8 March, Wonder Women 2017 spans Victorian match girls to Alice Bacon and the secret history of John Ryland’s. Just why did Enriqueta create a library in her husband’s name?

Also marking a creative countdown to the 100 year anniversary, in 2018, of women’s (partial) right to vote, Wonder Women asks how far we’ve come in a century, and how far we’ve yet to go.

Also taking place on launch day is ‘speed mate-ing’ at Texture. Described as a ‘Tinder for friends,’ the light-hearted event is run by Girl Gang Manchester; a female collective who run empowering events throughout the year and will also be screening Bridesmaids (53Two, 11 March).

A wealth of theatre is on the cards, from Dolly Mixtures (Royal Exchange Theatre, 4 March) - a showcase of feminist performances whose sharp content belies the sweet title - to Sophie Willan’s experiences of growing up in the care system in On Record (The Lowry, 12 March). Although deeply personal, expect a hurtle through childhood and adolescence that’s been described as an ‘incredibly funny’ Fringe debut. Joining Willan in the comedy stakes is Abi Roberts’ Anglichanka (Hope Mill Theatre, 2 March), returning with more tales of living in nineties’ Soviet Union: including the consequences of hardcore vodka and using outdoor loos in -20 temperatures.

Film-wise, highlights include Rebel Dykes (HOME, 12 March); a highly anticipated queer punk documentary, still in post production, whose work in progress cut sold out at last year’s BFI Flare. Looking back to the 1980s post-punk era, and a group of women who started challenging norms ahead of the international riot grrrl movement, the film will be followed by a showcase of incendiary poetry and performance put together by For Books’ Sake; featuring blisteringly bold and brilliant queer women writers from across the UK. Queer Story Showcase meanwhile (People’s History Museum, 9 March) will present a pop up screening of seven female-led LGBT+ short films.

As usual, attendees can also expect plenty of stimulating debate, with talks this year including Legacy Russell’s Glitch Feminism (Castlefield Gallery, 11 March) and panel discussions like DWAN and Instigate Arts’ Whose Festival is it Anyway? (Manchester Central Library, 11 March). Claudia Jones - an outstanding communist, feminist, peace activist, orator, journalist and founder of the biggest street festival in Europe; now buried next to Karl Marx in Highgate Cemetery - is the subject of a talk by Marika Sherwood and Peggy Mulongo, who will also speak about her work on female genital mutilation and women’s rights (Working Class Movement Library, 4 March). Plus, the city’s feminist DNA will be unravelled through tours, talks and the creation of a play inspired by the stories of 100 local women.

After hours there’s everything from Club Feminista (Tribeca, 4 March) to Synthesis (4 March, Texture), which showcases some of Traffic label’s favourite female DJs. This will be preceded by a jam-packed afternoon featuring art displays, zine stalls, workshops and more.

Many events are free drop-ins - with some collecting instead for a nominated Manchester-based action group or charity - while some require advanced booking. Find out more @WonderWomenMcr. 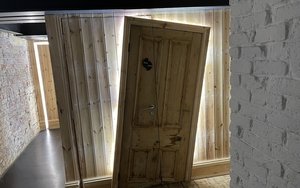 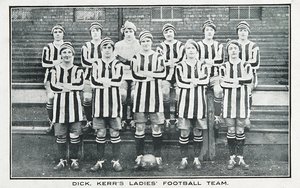 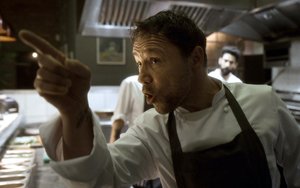 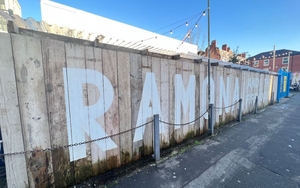