Wilderness launches in Withington on Record Store Day, with freebies and an all-day party

That’s why Withington’s Deco Records attracted a loyal legion of fans during its four years of trading. Now under new ownership, it will be reborn as Wilderness Record Store this Saturday to coincide with international Record Store Day.

Overseen by in-house selector Mof Gimmers, Wilderness promises an ‘impeccable’ variety of genres - from rock to hip hop, electronic to dance - across three main categories. These include new releases, classic re-releases and ‘carefully curated second-hand vinyls such as Balearic, yacht rock and Japanese and French imports’. There’ll also be a strong focus on supporting and showcasing local labels such as Finders Keepers and Be With.

Gimmers said: “Expect to find hidden gems from all over the world and shop in really relaxed and inclusive store, no snobbery just good vibes and great music.”

View this post on Instagram
First order has come in! A real mixed bag of absolute gems!
A post shared by Wilderness Trading (@wildernesstrading) on Apr 9, 2019 at 1:57am PDT

Wilderness will also incorporate a café serving freshly made toasties, cakes and pastries; as well as a range of ‘interesting’ beers and wines and the venue’s own Wilderness Gin and Tonics.

From June, it will expand next door and double in size; launching a year-round garden terrace and events programme spanning Q&As with artists DJs to film screenings and creative workshops.

The venue will open on Record Store Day this Saturday (13 April) with an all-day launch event from noon to 9pm, offering customers free drinks and a tote bag with every vinyl purchase - as well as a gin and tonic voucher for the after-party at nearby Solomons Café and Bar, 8pm-1am.

Withy local Higginson said: “I love living in Withington, so I wanted my next project to be close to home to save me from trekking into Manchester and have a local hangout. The timings are perfect with Record Store Day this weekend and we want to invite the local community, neighbours and music heads to come along and party with us all day in the store then onto Solomons at night.”

Talking of which, Higginson himself will be kicking off the Wilderness after-party at Solomons (8-9pm) - followed by live sets from local bands Heavy Salad (9pm), Leather Party (9.45pm) and Cow Town (10.30pm). Pins (11-1am) will close the event, and the first 25 guests at 8pm will bag a signed EP from the English rock band.

How to beat the coronavirus blues

How to beat the coronavirus blues
● / Shops/Markets

Can you help this local group to create a 24hr video stream to thank key workers?
● / Drink 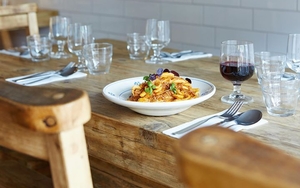 When this is all over we’re all having three lunches and two dinners every day... 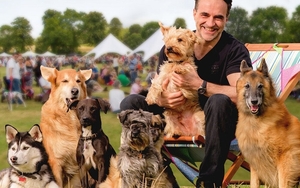 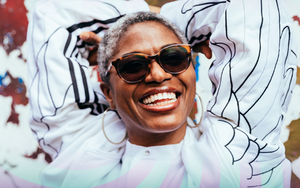 United We Stream promises live music and performance every night 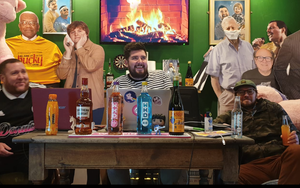 Having just won a gruelling court case, the pair are back to give people ‘a...