At 7:30 pm on the 9th February, Manchester’s new orchestra, Manchester Baroque, will play for the first time to the public in St Ann’s Church (pictured above), launching the city’s latest addition to our classical music scene. For those of you who, like me, want to know the difference between a 'baroque' orchestra and any other orchestra, the website provides this description:

The word Baroque, derived from the Portuguese barroco, or “oddly shaped pearl”, has been widely used since the nineteenth century to describe the period in Western European art music from about 1600 to 1750. To some, it was an overly ornate art form and to others it was an example of some of the most unique and exquisite natural forms. It’s all a matter of perspective.'

They are helping to depict England as a nation steeped in history, with skilled musicians and bright minds, rather than for being isolationist

It is a good time for classical music in Manchester. Anybody who has been wandering around Ancoats recently will have seen the Hallé’s £4m extension of their St Peter’s premise is starting to take form - the already erected steel gives us a good idea of the scale of the expansion. The work the Hallé does for the elderly, prisoners and for many other groups gives precious stimulation to hundreds of Manchester’s citizens, helping bring classical music to many marginalised groups. 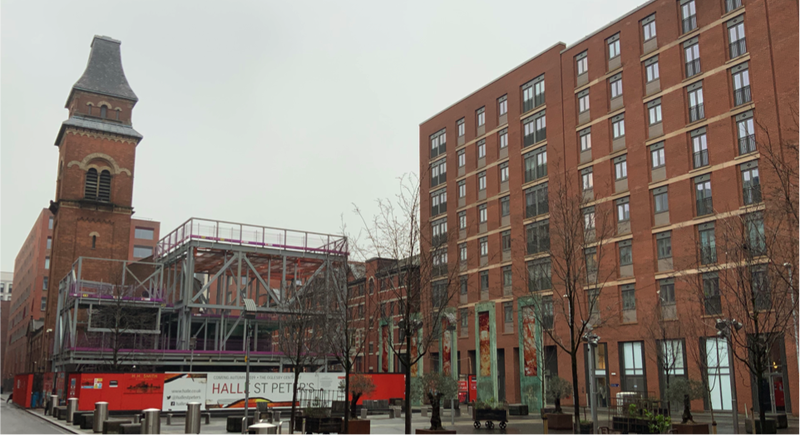 The ambitious growth agenda of our existing orchestra and the arrival of a baroque varietal signifies the growing appetite for classical music in the region. What is more is that the benefit of such ventures will be great as they provide means of educating the city’s populous by making us more engaged, more inspired, more tolerant and more human. Job creation will not be significant if you were to appraise this industry’s contribution to our economy, but the investment in our people, tourism and our global image is priceless.

It wasn’t until I recently came across a survey carried out by the Association of British Orchestras in 2016 that I realised just how valuable orchestras are to the UK’s image and how important this expanding industry is to our communities. One would have thought this industry was in decline when, in fact, the number of orchestral performances grew by 7% between 2013 and 2016; attendance at their events has grown reasonably as well.

I had never thought about the importance of Manchester’s music venues and its musicians as being a key consideration for the continued growth of our city in the light of Brexit.  According to the survey, our orchestras are spending an increasing amount of time touring overseas cities, mainly in EU countries, spreading a much different image of our island nation. They are helping to depict England as a nation steeped in history, with skilled musicians and bright minds, rather than for being isolationist and (for what too many are perceiving us as) ignorant.

This is not to say that the industry does not face its own challenges. Despite their importance to our overseas image, orchestras are likely to be negatively impacted by our decision to Brexit; roughly a quarter of our orchestra’s musicians are EU nationals.

Furthermore, the much needed recent growth that they enjoyed in overseas performances has still failed to offset the reduced revenue from their other commercial activities and austerity has further stunted their growth. In recent years I expect this has significantly worsened as the cuts local governments have had to enforce have too often fell on the arts.

Austerity, and how it has been more drastic for northern communities, makes you think about how lucky we are to see classical music expand in our city. It is a harsh reality that the loss of revenue from public subsidy will have hit us harder than our southern counterparts and the global behemoths of London’s music scene. Not only does London have more spending power and demand, the capital spends more of its time arguing for funding for arts industries because it understands the value not only to their people but also for tourism.

In Rochdale, where I am a councillor, we are fortunate to have multiple community run spaces for the arts and we have an abundance of talent, such as those at the Curtain Theatre. Wardle High School is one of the best places to send your child if you want them to learn an instrument and be part of a top-notch brass band. Whit Friday in Saddleworth is an example of our city region’s rich history in brass and woodwind bands and it attracts groups from up and down the country. The young, like I did, spend their time getting drunk in the park, but they do go primarily to listen to the procession of bands through Upper Mill.

It has always been a bugbear of mine that the Hallé Orchestra is named after its founder and not the city where it was formed. Birmingham, for example, has the City of Birmingham Symphony Orchestra, but the importance of the Hallé to our city is still paramount and wedded to our success as place.

Why it is both important and interesting that a baroque orchestra has formed in our city is for all the reasons I have listed above. It signals Manchester’s burgeoning desire to break in to the next tier of city through its cultural and arts offer, something which will pay dividends to the region’s reputation and economy in the future. This new venture warrants our support.

John Blundell is a Labour councillor for Smallbridge and Firgrove and the Cabinet Member for Regeneration, Business, Skills & Employment on Rochdale Council. He is a graduate of Economics from the University of Manchester and was elected to Rochdale Council at just 20 years old.