Rachael had never trained with weights before, but it proved to be devastatingly effective and helped her shed body fat and get in the best shape of her life.

She admits that before starting her journey with UP, her hectic work schedule, life on the road and entertaining clients had taken its toll on her body but working with her personal trainer at UP soon changed this and the results are outstanding.

Rachael admitted that she was initially nervous about coming to UP but soon had a change of heart once she had arranged her initial consultation. 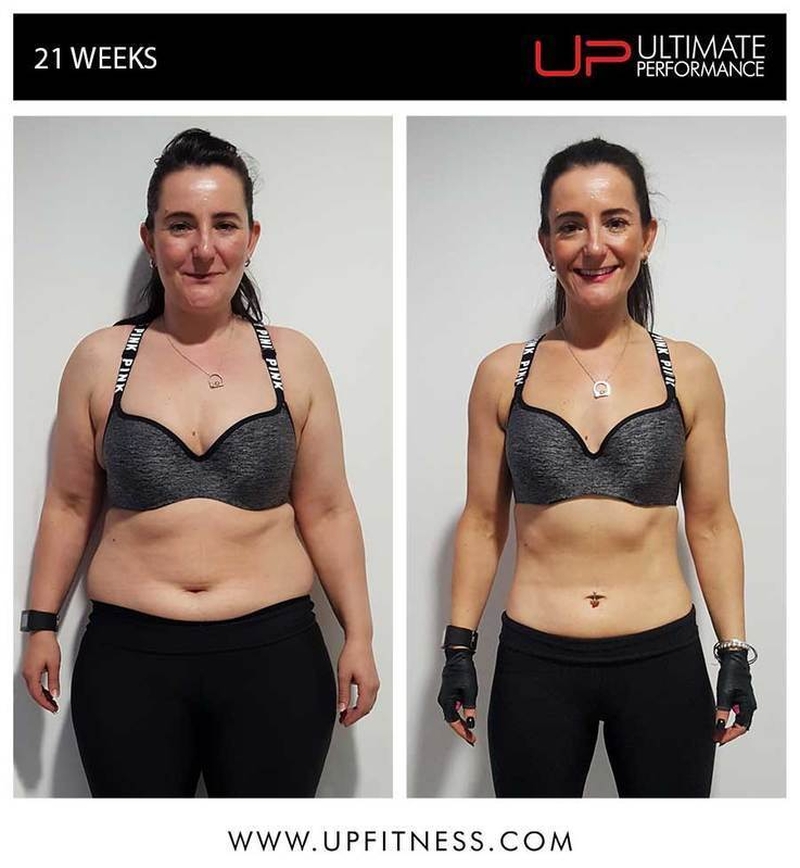 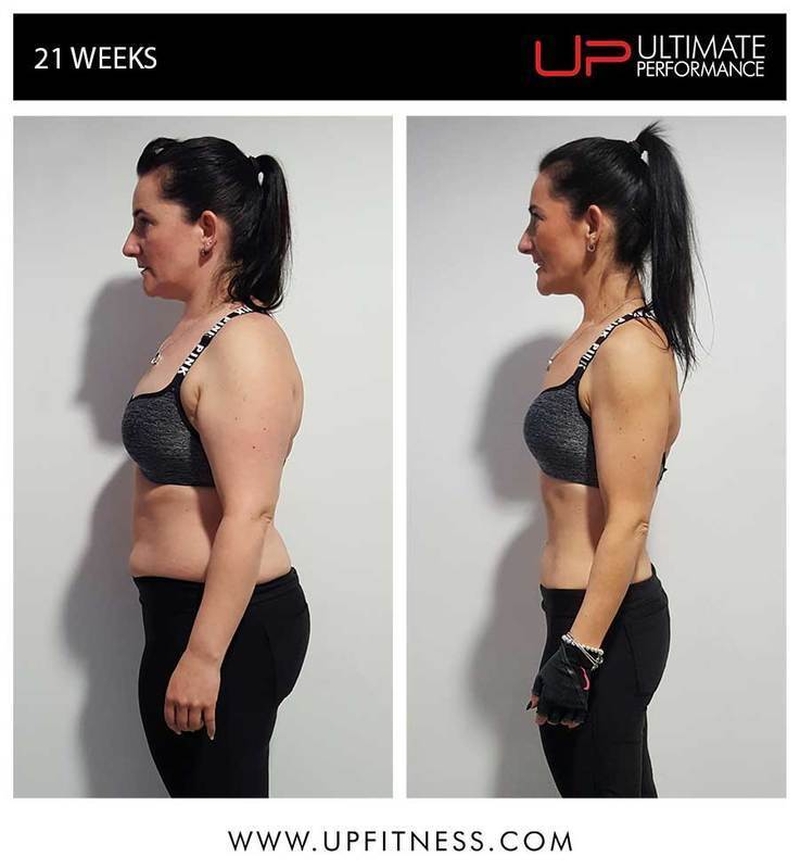 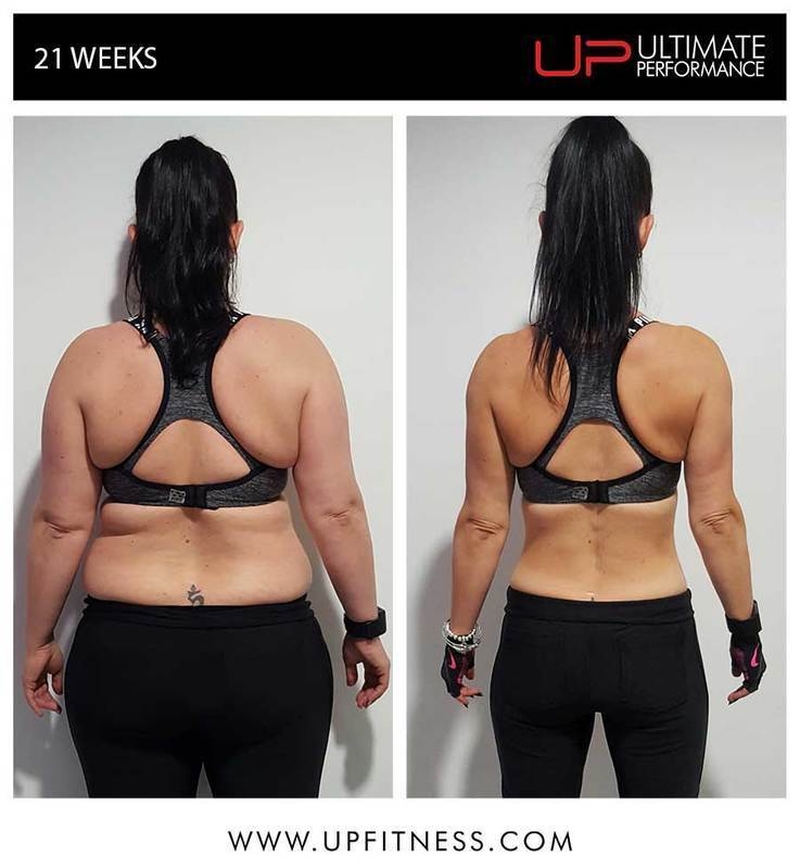 “My job is hectic. I spend my life on the road, and I’m in a different city every day. I spend time away with work, and there is always lots of client entertaining and meals out, so it can be quite full on. I also burn the candle at both ends because I have an active social life as well”.

Rachael knew that her diet wasn’t the best, even when she tried to eat healthily and found herself feeling very tired and drained but would always put this down to being ‘busy’.

“I just needed to get back into shape. My lifestyle had started to take its toll, food blogging, travelling, not making the best food choices and the exercise I was doing wasn’t having the right effect, so for me it was fat loss. And also because half of my wardrobe didn’t fit me, so I thought getting in shape was easier than getting a new wardrobe.”

Rachael admitted that she was initially nervous about coming to UP but soon had a change of heart once she had arranged her initial consultation.

“It was nice to be able to sit down and talk to someone and say this is what I want to achieve and not be judged.

That was one of the things I was worried about coming in, I just thought ‘oh gosh, they’re going to think I’m so unfit, all be super fit, judge me and make me feel really small’ but they didn’t. It was just really friendly and really relaxed.

After not considering weight training in the past, working with a personal trainer and lifting ‘heavy’ was completely new to Rachael.

“The training, I’m not going to lie is hard but at the end of the day if you want results ‘you go hard, or you go home’.

“It’s hard, but at the end you feel amazing because you’ve done a really hard session and feel epic!

“I just feel like I’ve got ‘me’ back and it’s a really nice feeling, it’s a nice feeling to know that you’ve got yourself back and back to the person who you always knew you were.

“I hadn’t pursued weight training before because I think I was scared and didn’t really know what I should do or how I should do it. Whenever I went into the gym, it was always a load of guys, lifting loads of weights, huffing and puffing.

“Really I had bought into the whole mantra of ‘if you lift loads of weights you’ll look like Arnold Schwarzenneger’ which is so not true because I now know that I really don’t have the hormones to end up looking like Arnold.”

“I have been doing things in the gym with my trainer that I just did not think I would be able to do and lifting weights I didn’t think I’d be able to lift.

“I’m now on what I call ‘the big boys’ rack of weights which is the big one in the corner and that’s an achievement for me. Just loads of different exercises that if you put me in a gym and said ‘go ahead and do them’ I would have looked at you like you’ve come from space.

“It’s also taught me that I’m not going to break.

“That I can lift more than I ever thought I could, which is really quite a nice feeling so for me now it’s become more of a challenge.

I can see changes in my body which is brilliant, but at the end of the workout, I do feel a bit like Wonder Woman.

“Now I know I won’t break, it’s spurred me on to keep going. I’ve done my initial 21 weeks but I’m just going to keep going because I just really enjoy it, I don’t want it to stop.”

Rachael has put her dramatic fat loss down to the amazing support she has had from her personal trainer, Steve.

“I have now got somebody who is in my corner.

“It’s really nice because they are really genuinely happy when you do well, when you’ve hit a goal or done something new, or you’ve hit a personal best in terms of what you’re lifting or carrying, they’re just really really happy and I wasn’t expecting that.

“I wasn’t expecting the ‘buy in’ that they have into you as a person, they just seem to be really pleased that you’re doing so well. And have a real vested interest in it.

“It’s almost like having somebody on standby to pull you back and stop you going off down the wrong route.”

“And they’re not there to tell you that you can’t eat that and you have to live on dust. I was a bit worried in the beginning about feeling deprived and not being able to eat certain things and seeing it as a ‘diet’ – well, it’s not a diet, it’s a lifestyle change.

“It’s been a revelation really. I thought I’d read all of the magazines, all of the articles and thought yeah I know about this healthy eating stuff but no, I didn’t.

“I didn’t think it would have such an impact on my sleep – changing my diet and actually exercising. Just being able to feel that I can do anything. I think if I set myself something I can do it – nothing is too much, nothing is impossible.

“There probably will be a lot of people out there that think these are not real people; they are real people! I’m a real person; I do exist, I have a normal life and a normal job.

“I have more muscle that I thought I would, which is something that really pleases me. I’ve definitely got a shape that I’ve not had for a long time, so it is possible.

“I could have gone super crazy, cut everything out, not drank, not gone out and turned into a social hermit…I didn’t.

“No, I eat far more now than what I did previously; it’s just the right stuff, whereas I was eating the wrong stuff before and it just wasn’t working for me, my body wasn’t happy, and my body wasn’t enjoying it.”

Would you recommend UP to others?

“I would most definitely recommend UP. I don’t think I could have another personal trainer now because I’ve been to UP.

“It’s something I can’t quite describe; how professional everybody is, how invested they are in your success and how they just want you to do well.

“I’d definitely recommend it to anyone who is struggling, not getting the results and doing the classes, like I was, and just feeling like they’re not getting where they need to be or feel they could do more that what they’re getting, then definitely UP is the right place to be.”

It’s just changed my outlook on a lot of things, and I feel a lot more in control.”

Inspired? See how UP Fitness can help you 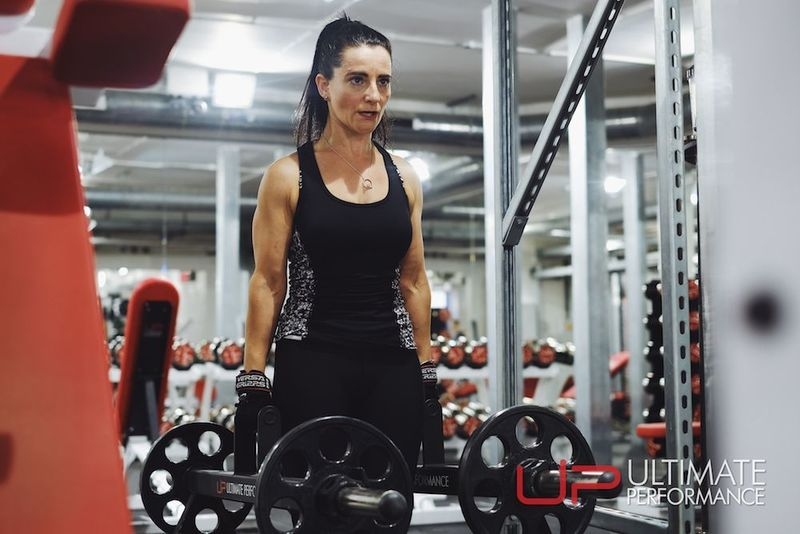 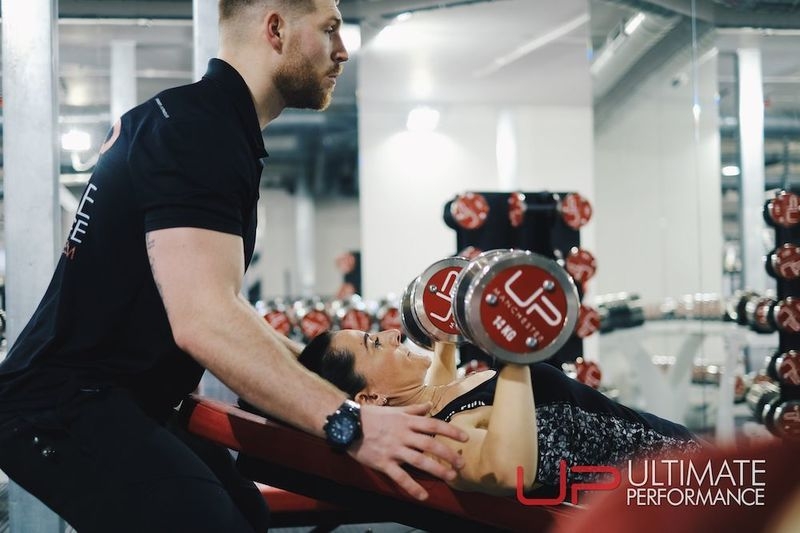 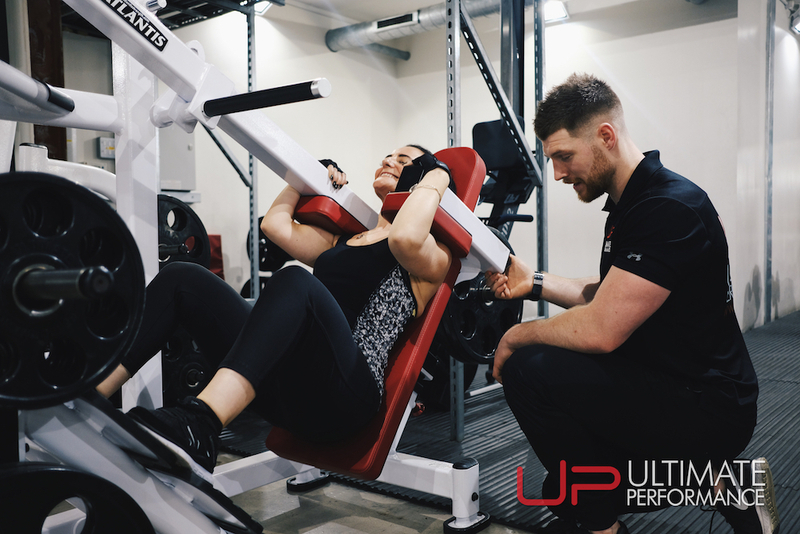 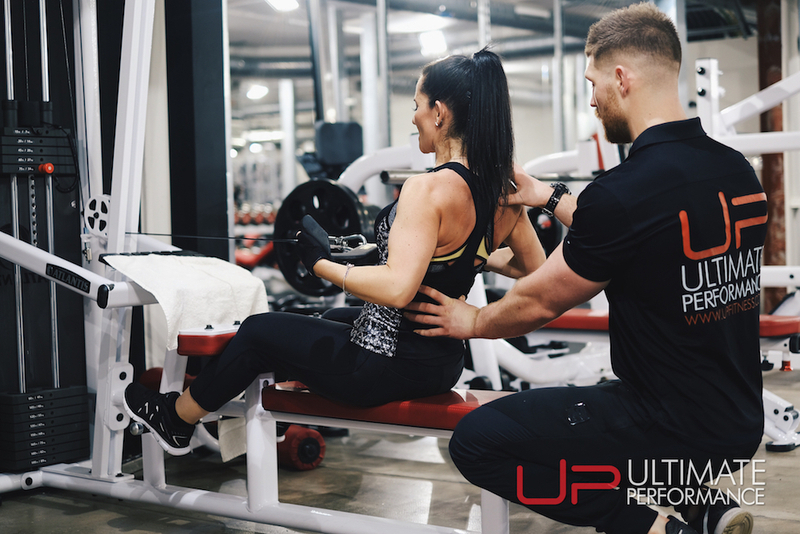