CHANCES are, if you succumbed to one of the listed trends below you had reached (or thought you had) the very height of fashion this year.

This year the fashion front row told us we were wearing our coats wrong. Coats and jackets were to be worn like a cape.

You, man with the coiffeured beard, and you, stylish lady with the overgrown dip-dyed roots, you both helped define this year's most popular style trends. You've got it. Or rather had.

Now it's time to let it all go.

OK so we're not saying all these trends looked bad (well...), or even that we won't be tempted to delve back into the 2014 archives, but let's make way for more trends we'll love, later regret and possibly look back on fondly as happy little experiments.

Let's walk through the best of the worst?

Somewhere down the line this year, men's haircare got a little high maintenance.

We can now organise our men into three set hair camps: beards (from stubble to full bush), baker boy fades with side partings or the top knots. Who knows what or who was the catalyst that provoked the little bun trend to spread like wild-fire but it seemed in 2014 the mun was a rife.

We thought it sexy for a time: Colin Farrell, Harry Styles, Jared Leto, Leonardo Di Caprio and dare I say, Russell Brand all pulled it off. But it began to get a little odd. The gender balance was off. Ladies found themselves wrestling with their partner over bobbles (and women all know the bobble stash is precious - where do they all disappear to?). Men's buns began to look more groomed than ours. They need to go... 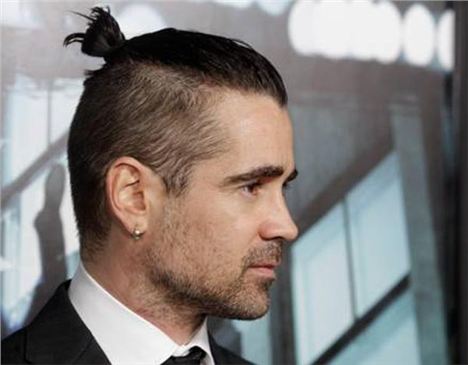 We had to go against all our instincts to accept this summer trend.

We thought the socks with sandals combo had been committed to the fiery fashion furnace years ago. Surely we'd collectively agreed that socks should remain in shoes? But defiant sports brands Adidas and Nike made the Granddad staple 'cool' again and dared the most fashion foward amongst us to rock the faux pas with pride. 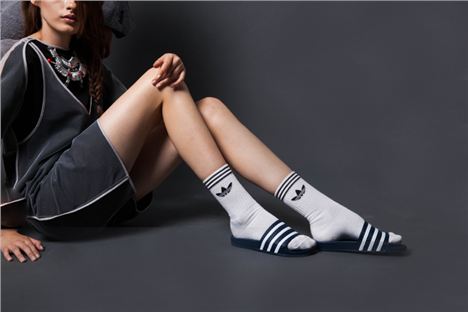 Confidential has yet to find a word to describe an ankle fetishist, still, throughout summer some curious women found themselves titillated by nobbly ankles. Trouser legs rose and ankles were flashed in brand new loafers and many of us ladies got behind the trend.

After awhile, though, it became the uniform for a 'flashy' type of fella - one who looked as if he popped bottles on yachts. He became a little too cool from the knee down and it all began to look a bit try-hard. Leave it out... Here's the thing, tattoos should never be considered a trend but tell that to people this side of 2012. We always appreciate the personal expression of self here at Confidential, problem is, everyone's artistic expression is starting to look the same. It's as if everyone is wearing the same T-shirt - forever. The buddhist symbol tattoo has become the tribal tattoo of yesteryear, don't you think? Even the celebs are victim to copycat tattoos...

Now, we really embraced this hairstyle at first. It reminded us of early nineties Gwen Stefani and, well, modern day Gwen Stefani - she's certified cool. The dip-dye, over-grown root look seemed to suit everybody and it added colour dimension and an update to boring locks - well, that's if you did it right. Problem is some of us DIY enthusiasts really messed this look up... 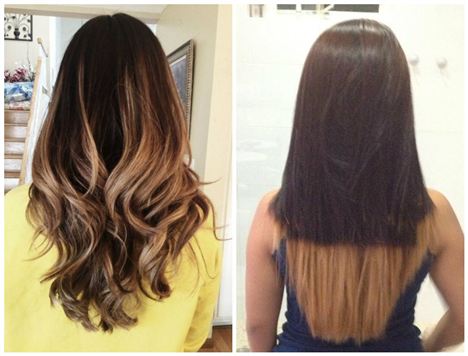 Remember the 'GEEK' T-shirt? I was a geek. You were a geek. And for pure irony true geeks wore t-shirts emblazoned with the word 'cool'. This year, however, we've seen the rise in more personalised slogans on t-shirts. We embraced it and got creative. Some took it too far... 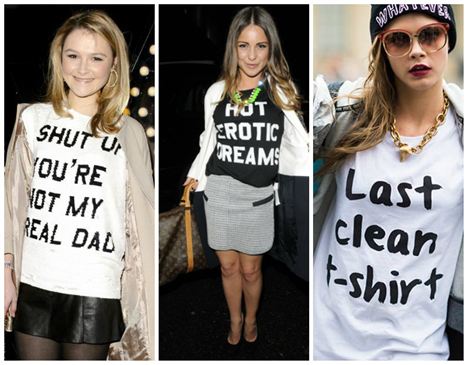 Disclaimer: I own around 600 crop tops.

When parties call to sex-it-up a bit, out comes the midriff. This year I've worn 52 variations of the same outfit (high waisted skirt plus crop top combo) each weekend of the year. But we've slipped into fashion groundhog day. We need a new top to throw on and look immediately cool, sexy and like a pre head-shaving Britney Spears? Granted, these have lost their appeal since the weather turned Artic. They've turned from funky cut-out boots to busted boots with holes in them. 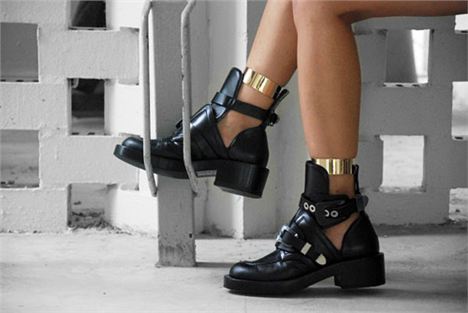 This year the fashion front row told us we were wearing our coats wrong. Coats and jackets were to be worn like a cape and sleeves were made pointless. Problem is, what to do when we zip ourselves up. 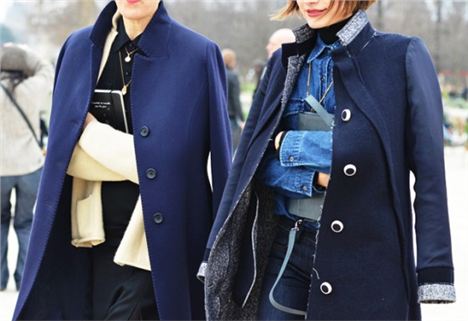 Personally, I will fight tooth and nail before I let the distressed ripped jean trend die. Though I have word from male counterparts that if the muns have to go so do our favourite holey jeans. It does seem this year the holes in our denim turned into craters. Some may not understand why exposing our knees feels so good - it just does. We are open to new denim suggestions, however. Is it time to bring back the diamante jean of the early noughties? 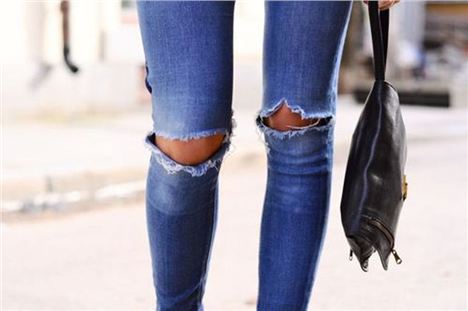