Bringing together over 100 pieces, comprising work by 32 designers, this sleek exhibition displays 50 years of Japanese design; demonstrating how cultural aspects like Buddhism and wabi sabi have influenced a minimalist aesthetic in everything from fashion to furniture.

THE LIGHTFOOT LETTERS | Salford Museum and Art Gallery | Until 17 January

Chance and coincidence inspired this nostalgic exhibition, surrounding a bundle of letters from the 1920s. Visual artist Maria Walker and poet Angela Topping tell the story contained within - and the surprise discovery that united them - through a mix of textile art, installations and poetry.

LEE MACHELL: ON PAPER | Object A | Until 30 January

For aesthetes this is not but, for those who appreciate conceptual abstract design, Object A’s niche might appeal. Lee Machell uses lit matches to cut ephemeral lines through paper, eliciting an oblique allusion to sculpture and exploring the complex nature of creation vs. destruction.

Artist Magnus Quaife marks the centenary of Roland Barthes’ birth by re-examining his lasting influence, reconstructing various works in the manner for which Barthes was renowned. The French philosopher and literary theorist published widely on schools of theory like semiotics and structuralism, and his quotes remain in popular use.

She of Spinningfields Through 3 - the coloured prism in Hardman Square - Liz West further explores her fascination with ‘exuberant colour, sculptural form and intense light’ in this site-specific installation. Salford’s atmospheric Tudor manor offsets the contemporary visuals to stunning effect.

Alison Erika Forde’s quirky daydream-inspired paintings drag viewers headlong into a topsy-turvy world of miscellany and mischief. Animal hybrids wear party hats and bears picnic with skeletons. Even her canvases are eclectic, a hotchpotch of recycled bric-a-brac and household wood.

There's Nothing For You Here...or is there?

As the title suggests, this exhibition explores the pressing issues of today, focusing on how technology is permeating society. Topics such as surveillance, artificial intelligence, voyeurism and online dating are explored by sixteen international artists. Prepare to re-think your increasingly connected digital life...

CFCCA is 30 this year and to celebrate they’ve developed a high-profile, six-month exhibition; comprising thirty prestigious artists, curators and academics that are relevant to the centre’s history. Xu Bing was the first artist to exhibit in CFCCA’s current building and now returns with his revolutionary novel, written entirely in icons.

BEN RIVERS: THE TWO EYES ARE NOT BROTHERS | The Whitworth | 25 February - 22 May

Winner of MMU’s Graduate Award, Verity Howard describes her slab-like ceramic forms as ‘contemplative rather than functional’.  Somewhat similar to Chinese steles, her pieces are influenced by the built environment and feature a ‘glimpse through the window,’ whether a splash of colour or an intricate monoprint. 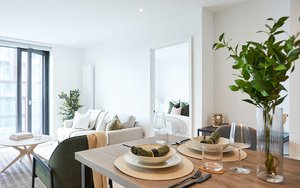 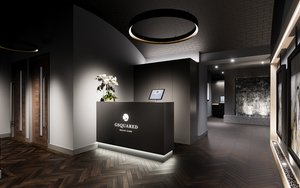 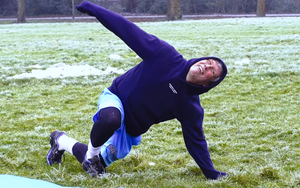 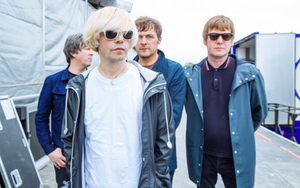