From creepy robots to puppet masters and Buy Art Fair, here’s our pick of Manchester’s best exhibitions over the next two months

From Rajasthani circus performers to hybrid species and Spider-Man, get ready for a South Asian takeover this month as New North and South hits museums and galleries across Manchester. The three-year project connects organisations in South Asia with those in North England; showcasing some of the best contemporary art from Bangladesh, India, Pakistan, Sri Lanka and the UK through a lively series of exhibitions and events. More info here. Various; check the website

Quirky and subversive, Susan Collis creates seemingly inconsequential objects that - on closer inspection - are not what they seem. An abandoned, ‘paint-splattered’ ladder is actually flecked with cultured pearls and opal while a leftover dustsheet is embroidered linen, hand-woven on jacquard loom. Even misplaced screws are revealed to be painstaking replicas, crafted in white gold. It’s a visual gamble, rewarding those who reserve judging on first appearance. Touchstones, The Esplanade, Rochdale OL16 1AQ (Tues-Sat 10am-5pm; free)

Wood Street Mission has been helping children and families living below the poverty line in Manchester and Salford since Victorian times. This exhibition charts its work, from the days of 'rescuing' street children in the nineteenth century to sending tens of thousands to the seaside in the twentieth and running a city gym for deprived teenagers and professionals working in the city in the eighties. Salford Museum & Art Gallery, Peel Park, Crescent, Salford, M5 4WU (Tues-Fri 10am-4.45pm, Sat-Sun 12-4pm; free).

The third project from The Society of the Spectacles - a group that observes the cultural significance of eyewear in art and film - Strelnikov’s Glasses sees the quirky organisation partner with London-based company General Eyewear; who specialise in making bespoke glasses for movies spanning Steven Spielberg to Tim Burton. Together, they’ve invited 24 artists, designers and filmmakers from across the UK and USA to create work that responds to a pair of glasses (or its wearer), in a film of their choice, all in the format of a movie poster. The result? An exhibition with serious specs appeal. HOME, 2 Tony Wilson Place, M15 4FN (various times; free)

Ever since the satirical cartoon’s rise to popularity in the late 18th century, cartoonists have used humour and caricature to attack and criticise those in power. Savage Ink looks at the development of the cartoon as an important form of visual protest and its often cruel and controversial imagery; charting the art form from its pioneers and innovators, right through to those keeping the tradition of pictorial satire alive. Works include William Hogarth, James Gillray, Gertrude Elias, Steve Bell and Peter Fluck. People’s History Museum, Left Bank, Spinningfields, M3 3ER (10am-5pm; free)

Back for its fifth year, Design MCR (11-22 October) is marking 40 years since the release of Orgasm Addict by Manchester punk legends Buzzcock, and its iconic record sleeve designed by Malcolm Garrett; then still a student at Manchester School of Art. Alongside a Buzzcocks gig at O2 Ritz on 19 October, a series of exhibitions will showcase four decades of Garrett’s design - from Fizzing at the Terminals to Orgasm Addict Reframed and Collecting Malcolm Garrett - while Time’s Up! will explore the Buzzcocks’ beginnings in in 1975-6. PLANT, Redfern Building, NOMA, M60 0AB (Tues-Sat 9am-6pm; free)

Never mind Doctor Who, you don’t have to time travel or planet hop to encounter bionic beings this year. MSIM, organisers of the longstanding Manchester Science Festival, have announced that this year’s festival headliner will be Robots; an exhibition charting humanity’s 500-year quest to recreate ourselves in mechanic form, spanning a dancing wine goblet to a creepy animatronic baby and a news-reading android from Japan. More info here. Museum of Science & Industry, Liverpool Road, M3 4FP (10am-5pm; tickets £5 children, £8 adults at msimanchester.org.uk

After creating The Veteran - a portrait of his wife’s uncle Clifford following the Lancashire Fusiliers’ Gallipoli centenary parade - photographer Allen Thomasson was inspired to preserve the faces of those that ‘would otherwise be lost to history.’ Portraits and Voices of WW II: Lest we Forget is the result, a series of evocative photographs produced following Allen’s ‘humbling’ talks with his subjects, often recording their thoughts and memories on video. Stockport Art Gallery, Wellington Road South, Stockport, SK3 8AB (various times; free)

Following a successful campaign to save the Cosgrove Hall archive (more on that here), Waterside Arts Centre is celebrating with a special exhibition on the iconic animation studio; featuring characters from classics like Danger Mouse, Bill and Ben the Flower Pot Men, Noddy and more. Expect to see original puppets, storyboards and props being exhibited together for the first time, alongside behind-the-scenes insights into the creative processes. Waterside Arts Centre, Sale M33 7ZF (various times; free).

Already the country’s largest and most prestigious art fair outside London, Buy Art Fair is gearing up for an even bigger event this autumn as it takes up new residence in Manchester Central.  The 2017 edition will see 100 galleries and artists fill the historic railway-turned-exhibition centre; alongside The Manchester Contemporary, a brand new fringe series plus talks, workshops and demos galore. Tickets for the VIP launch night on Friday are £12 in advance (£15 on the door) while general weekend tickets are just £5. Manchester Central, Windmill Street, M2 3GX (various times; tickets £5 from buyartfair.co.uk) 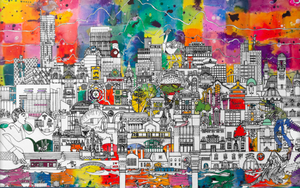 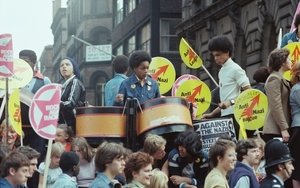 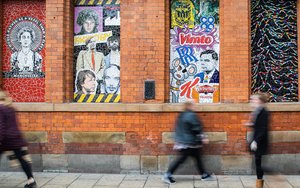 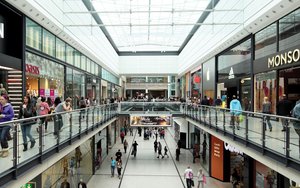