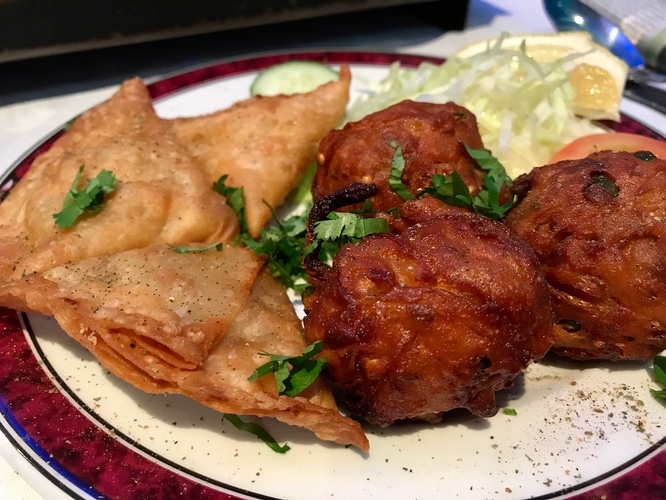 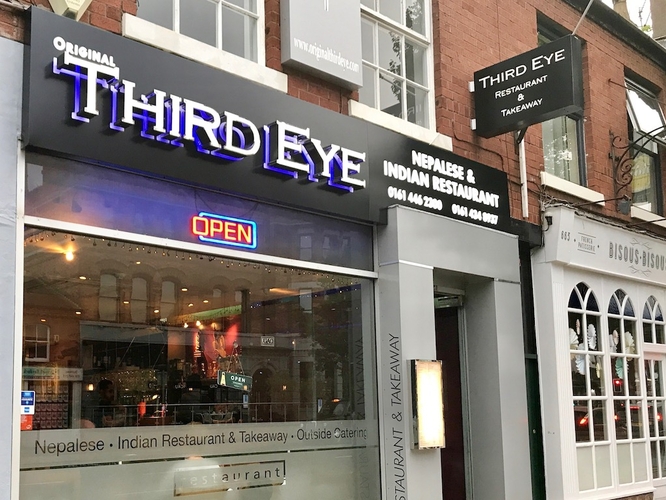 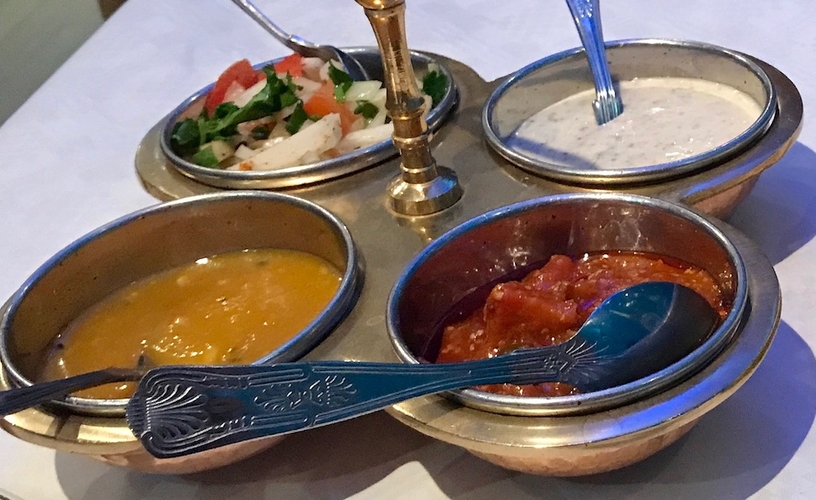 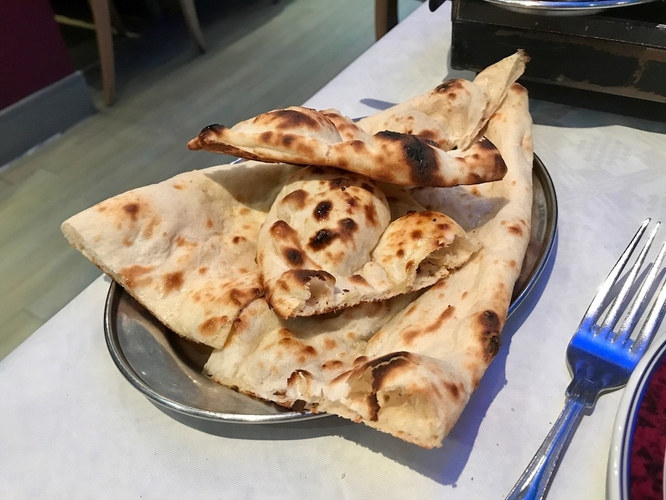 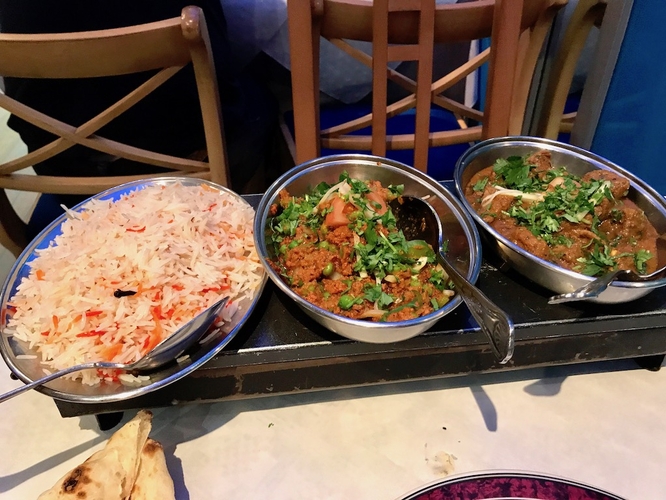 Gordo has moved home and needs a solid local curry house... this is the one

Curry houses have come a long way since the sixties.

Restaurants in general were getting over the end of the shock of rationing and people were getting bored of avocado vinaigrette. The generation that had spent half their lives being allowed two ounces of butter a week, along with half a banana and a slice of bread, had discovered olive oil was actually used in cooking.

Americans were so rich they had frozen orange juice all the time. Our lot were amazed. They didn’t know what a freezer was. But orange juice was now available, in packets, at every supermarket.

This was the life.

Both Indians and Chinese restaurants began opening on the high street, and whilst the Chinese were (sort of) authentic, curries were a right old mess. In Manchester the most reliable Indian gaffs during the late seventies were the Gaylord (long gone) and the Rajdoot (still clinging on for dear life on Albert Square).

The Gaylord had something called a tandoor oven, out of which came bloody great big tasty prawns, 'butterflied'. Blimey.

The Curry Mile emerged and raised the offering a couple of notches whilst introducing a happy Gordo to samosas. Meanwhile, the mum of his pal, Yousaf, god bless her, was cooking up rice pudding with exotic sultanas and pistachio nuts to fortify them for sales trips. You could also get a decent Biryani on the high street in Hazel Grove after getting pissed out of your brains in the pub all day Sunday.

Sadly it seems that, with a couple of notable exceptions, the Curry Mile is stuck in the late seventies with menus a mile long and flavours an inch deep, eaten in a smog of hookah smoke. Though hygiene has improved to the point where, after a visit, you don't require three days off work, and the breads coming out those tandoors are bloody good in most cases.

We are still at the stage, mind you, where salesmen never walk into a curry house in suit and tie asking for the owner; this generally causes a staff stampede towards the rear exit.

Typically today we have three levels of Indian subcontinent restaurants: 70% are still taking the piss with varying shades of brown in both taste and colour; 25% are doing the same, familiar sounding dishes we all know and love, but with care, balance, great spicing and fine ingredients (Aamchi Mumbai, eastZeast, Mughli and a few others fall into this category); whilst we are seeing a handful of outstanding contenders for the top 5% such as Bundobust, Indian Tiffin Rooms and the interesting vegetarian, Lily’s, in Ashton-under-Lyne.

Gordo, having recently moved into Didsbury, needed to find a reliable Indian, both eat-in and take away. There are lots on show between his new gaff and Chorlton, but quite a few had already proved a disappointment.

So Gordo called Frosty the Butcher (aka Lee Frost), the meat sage, for advice.

"Third Eye, Gordo," said Frosty, just before he slid off his stool in The Parlour and passed out.

After two very successful Friday night Deliveroo orders from the ‘Original’ Third Eye, Gordo called in one Monday and sat down with a paper to have a quiet feast.

It's on Wilmslow Road, by the lights at the crossroads diagonally opposite Evan's fish shop. A small shop frontage, neat, fresh and tidy, you walk straight into the room with a bar on the right. Seating is tight but comfortable at good-looking tables, and the punters are pleasant (this isn't an after hours brawling saloon).

Poppadums (80p) are the spicy type, followed smart-time by four small bowls of salad, super spicy yoghurt dip and two chutneys. These are really good, alerting Fatty to the possibility of good times ahead.

Chicken Pasanda (£8.40) was a smile-inducer; good chicken with cracked cardoman pods acting as flavour bombs along the journey - a nutty, yoghurty and just slightly sweetish path. This dish was a good 'un, on a par with Gordo’s cooked at home under the watchful eye of Madhur Jaffrey.

Lamb Shah Jani (£7.90) is a mix of diced and minced lamb, with a bone or two knocking about. A big Wookiee of a dish this and uncompromisingly masculine. Gordo is unfamiliar with it, could be Kashmiri. 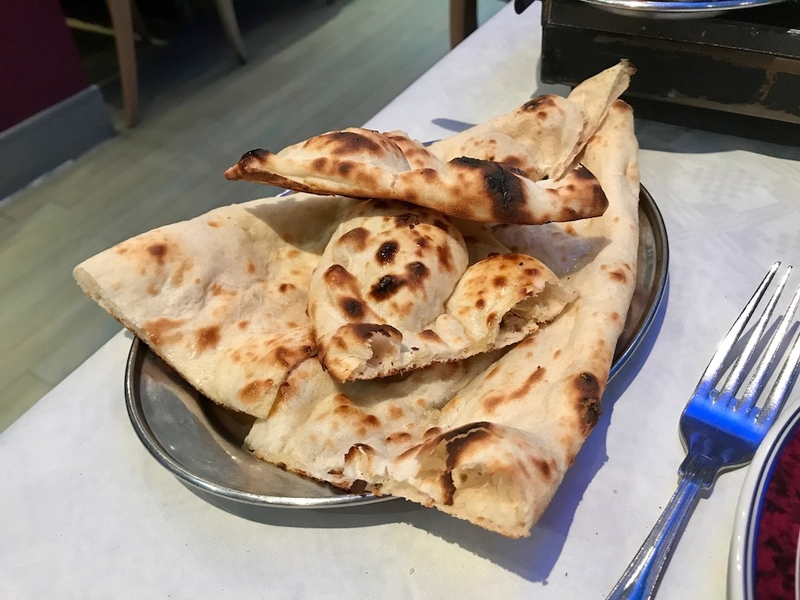 The Fat One was unsure about migrating to Didsbury from his city centre eyrie, but one sure fire way to cheer up any relocation to the buggy-infested suburbs is the discovery of a good curry house. The 'Original Third Eye' restaurant has done a great job in welcoming this self-styled curry expert to the neighbourhood.

By the way, it's billed as Nepalese. Nope, Gordo can't tell the difference either. Which doesn't stop it being a Gordo Go.