Take a look inside the Manchester city centre apartment selling for £3.5 million

The triplex property - owned by a former Man United footballer - spans the 44th, 45th and 46th floors of Beetham Tower

It's reign as the tallest building in Manchester might have come to an end, but Beetham Tower hasn't ceased to command the loftiest property prices in the city centre.

Take this (almost) penthouse triplex apartment spanning the 44th, 45th and 46th floors of the striking glass tower, offering breathtaking views over Manchester, Salford, the Pennines and the Peak District from 500+ feet up.

According to reports, Neville has been trying to sell the asset for almost a decade, first listing it for £4 million in 2010 whilst playing for Everton, and since renting it out for up to £15,000 per month - past tenants include United's former French midfielder Morgan Schneiderlin.

According to estate agents Rendall & Rittner, the 'ultra modern' open-plan apartment oozes 'style and sophistication'... we're not so sure about that chandelier, or the purple velvet bed spread for that matter, but if you've got £3.5m to drop on this place you've probably got the budget to redecorate.

The apartment sits beneath the spectacular penthouse pad owned by Beetham Tower's architect, Ian Simpson, who shares the property with his family and 30 mature olive trees, imported from Tuscany. Simpson's practice is also behind the design of Manchester's new tallest building, the South Tower of the Deansgate Square cluster, located a mere 300 metres south of Beetham Tower.

You can take a virtual tour of Manchester's most expensive apartment here, or check the photos below. 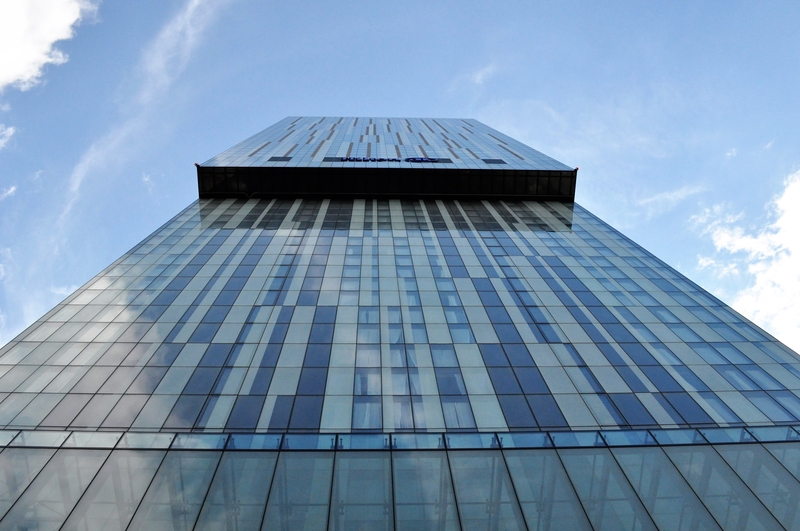 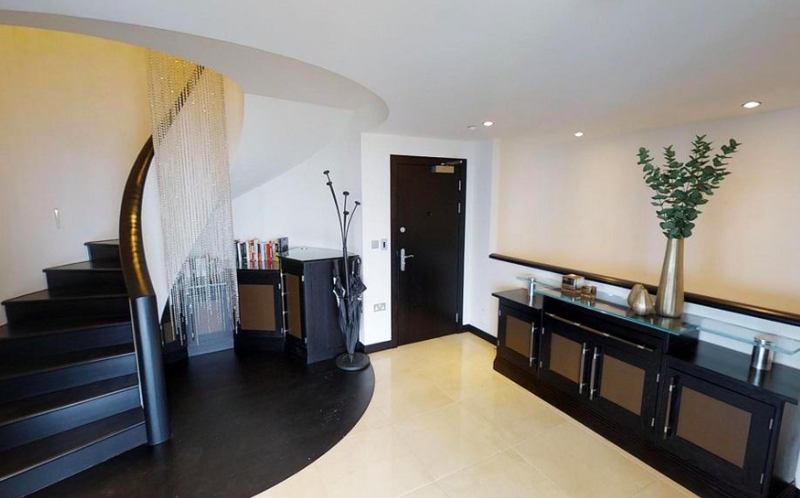 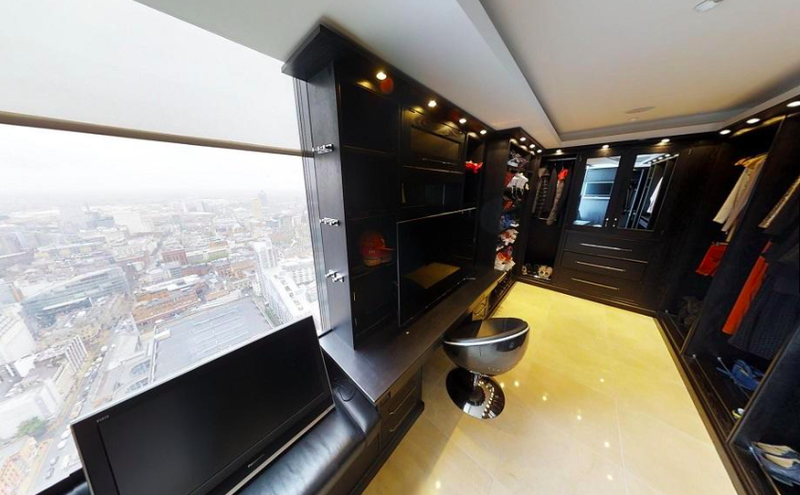 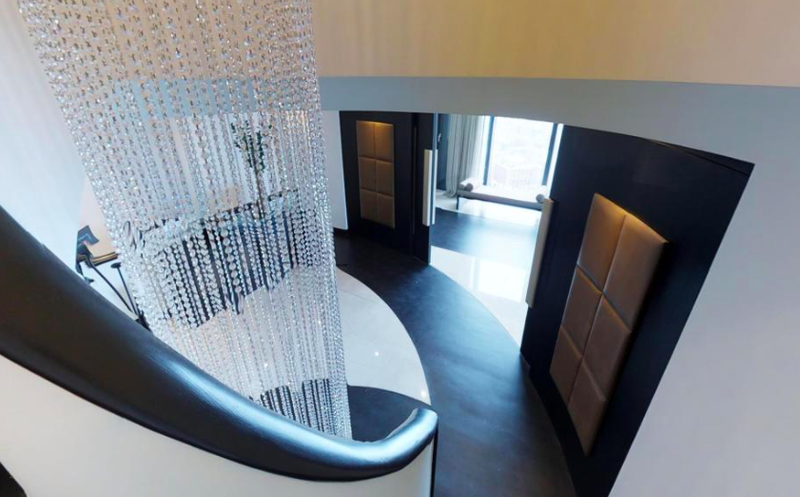 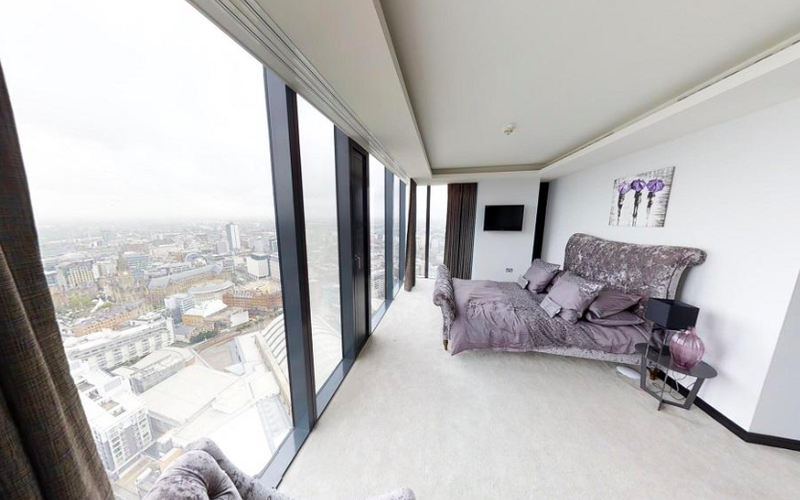 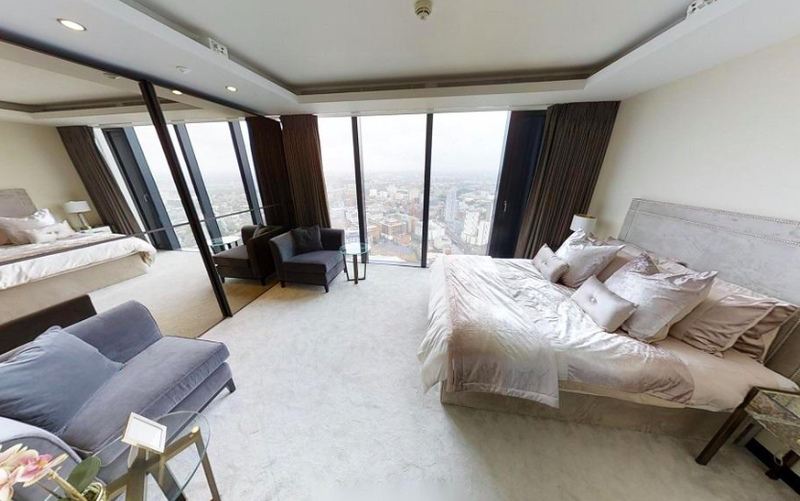 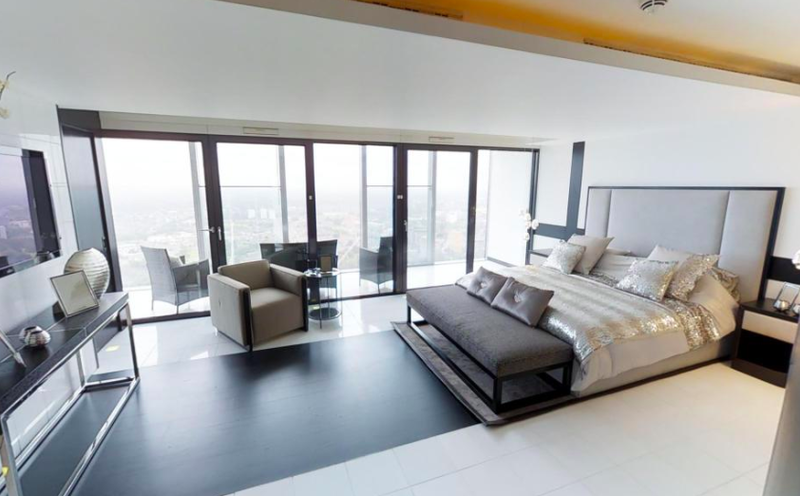 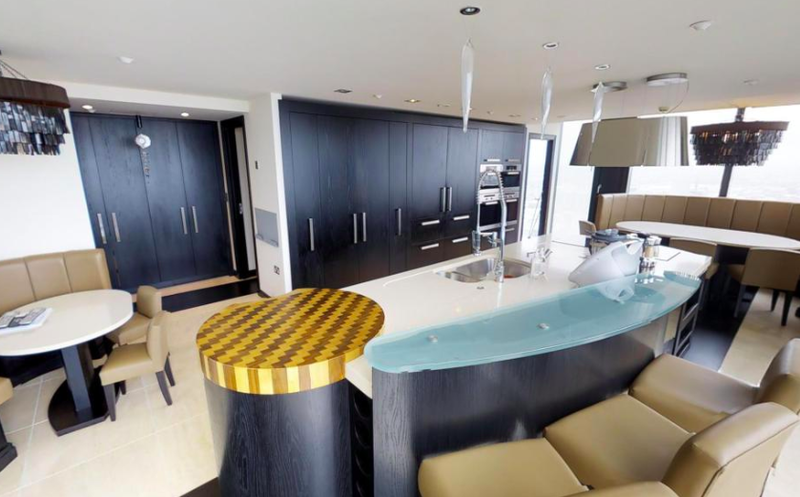 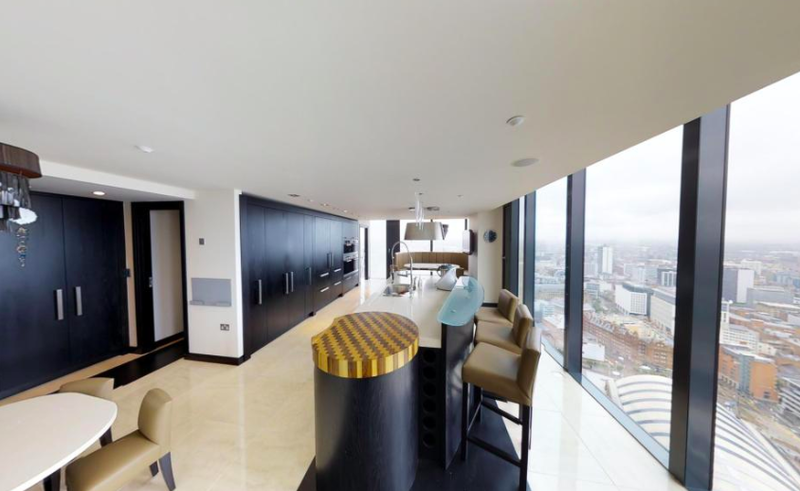 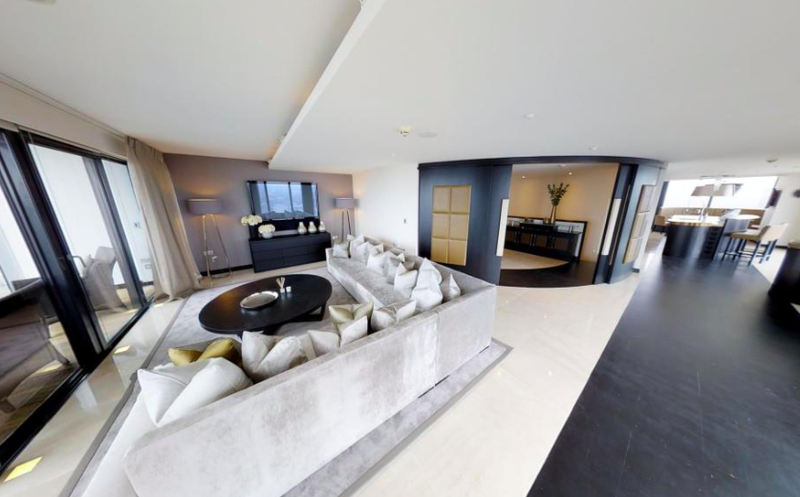 £3.5 mill a bit of a stretch? Well, why not save yourself a few quid and buy one of these instead... This 360 Building penthouse offers, according to the estate agents, an 'inspired, spacious, and highly comfortable home that's the last word in both luxury & privacy'. Fancy. It has three bedrooms, a designer circular kitchen, a gym area, a 'Cheshire room' (what's a 'Cheshire room'?), a private terrace and lots and lots of empty rooms with seedy mood lighting. Or, if you really want to slum it, there's this 31st floor, four bed apartment, also in the Beetham Tower, with just the three bathrooms... 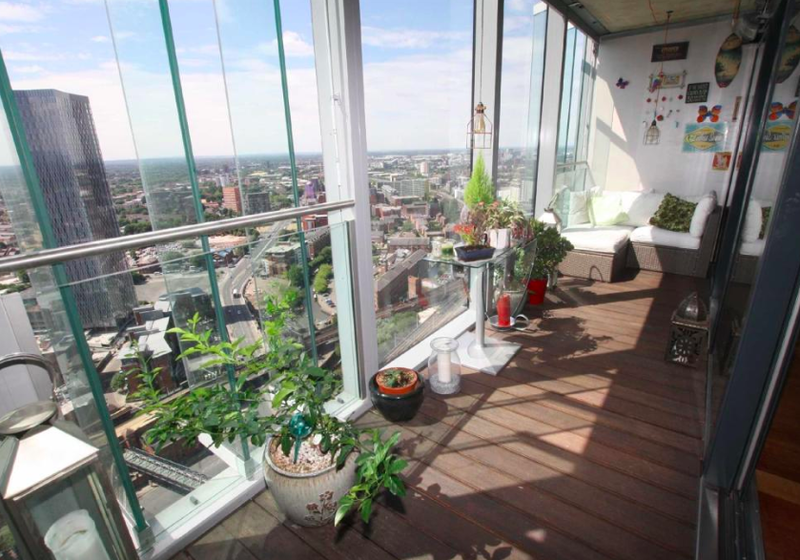