The unicorn latte is pretty out-there too

The cocktails at On The Hush dare to be different. There’s no same old same old here.

The sharers are fantastical – like something out of a fairytale. The Cinderella cocktail is served in a glass slipper after all. But with its mix of pink gin, Triple Sec, coconut, pink grapefruit and grenadine, the drink may look pretty but it makes for one streetwise princess – this girl leaves the ball whenever she likes and she’ll ride her own goddam carriage.

As for the Unicorn Fluff sharer, it’s a pastel paradise of all things sweet and sherbet-y and a mean tequila hit. It’s got horsepower, put it that way. Plus, it’s topped with candy floss – what’s not to like?

In comparison, The Grey Stuff sounds a little lacking in technicolour appeal but come on, this is On The Hush after all. It turns out to be a futuristic symphony in silver with Disaronno Amaretto, Rum Chata, cinnamon and milk topped with Coke and served over silver foam. 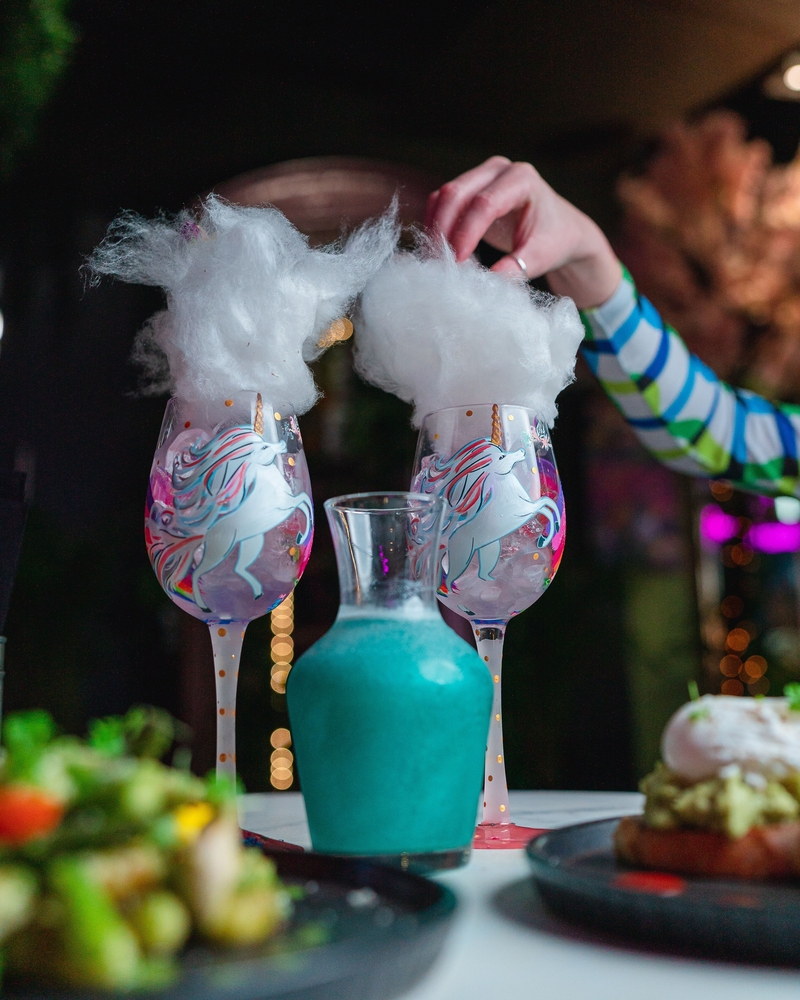 The signature cocktails (all £10) read like a list of classics released into the wild. There’s no taming them.

The Butterscotch Cookie Old Fashioned is the lovechild of the Manhattan bar scene and a visit to Grandpa. It works though – the syrupy butterscotch and teapot bitters mix with the Bulleit Bourbon to create a really rounded cocktail. It sounds daft, but it’s clever cocktail chemistry.

Even the hot drinks can be as luxe as you like. How does this sound for a hot chocolate? First up it’s called On Wednesdays We Wear Pink. Not just plain old hot chocolate. It’s made from pink hazelnut white chocolate, whipped cream, oreo crumbs, gold glitter and marshmallows.

And if you want your coffee in practically every shade of the rainbow, it’s got to be a Unicorn Latte, topped with unicorn sprinkles and more glitter.

These drinks aren’t for sitting quietly in the corner with. They’re as glam as you are and they want to be seen. 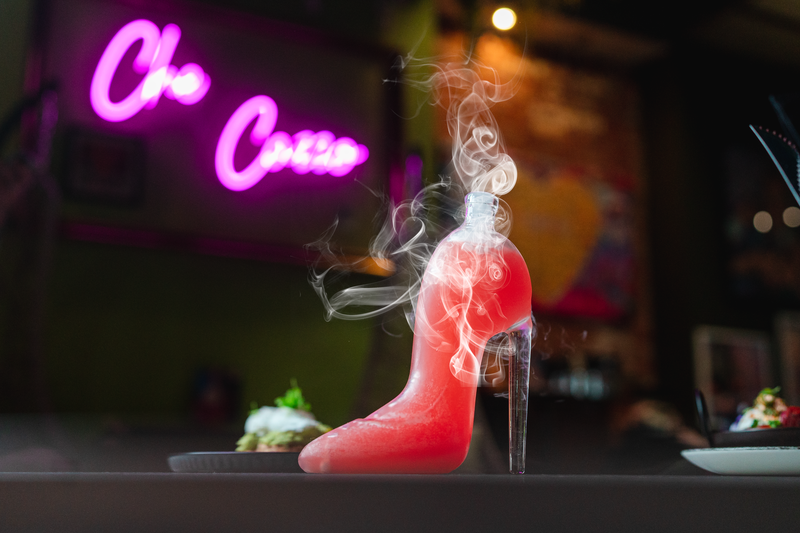