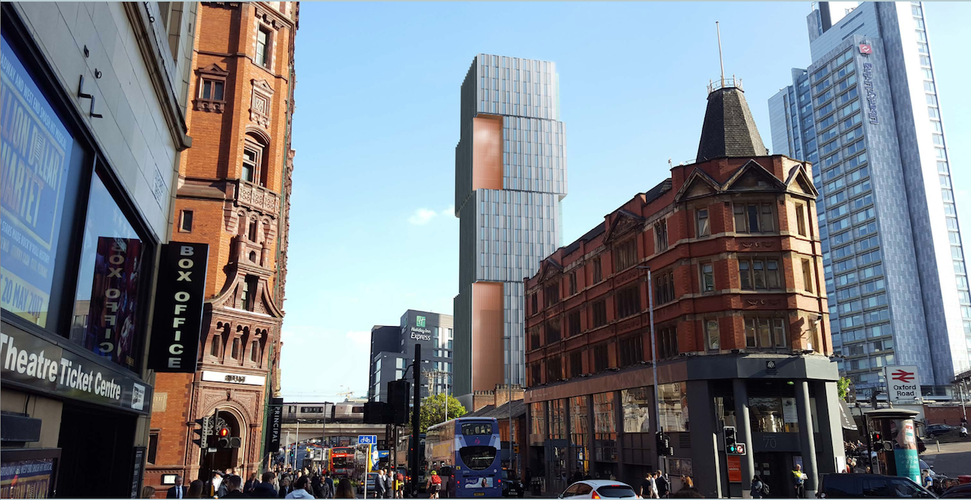 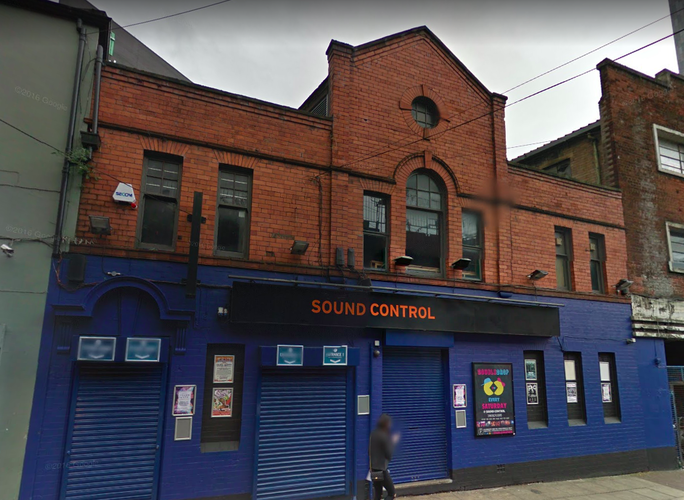 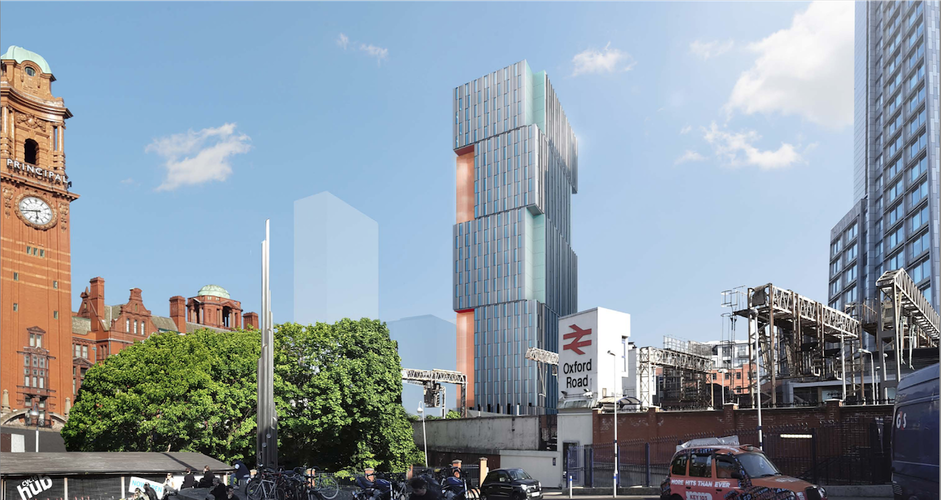 Plans to demolish the Sound Control music venue and construct a 30-storey student tower off Oxford Road at 1-5 New Wakefield Street have been approved by the council.

Designed by SimpsonHaugh - the architects behind Beetham Tower and No.1 Spinningfields - the bold, four-tiered scheme (pictured above) is backed by the Unite student property group and includes 573 bedrooms.

There has been considerable objection to the scheme, most concerned with the demolition of another Manchester music venue.

Formerly the A1 music shop, the site is where Johnny Marr and Noel Gallagher bought equipment, and where in 1984, drummer Alan ‘Reni’ Wren answered an ad to join a new band called the Stone Roses.

Despite concerns, the city's planning department have passed the plans, with the venue due to go the way of famous lost Manchester music venues including the Hacienda, the Twisted Wheel and the Boardwalk - levelled to make way for apartment blocks.

Ben Taylor, event manager for the venue, wrote on Twitter: "You've probably seen the news, Sound Control is set to be demolished at the end of the year to make way for student accommodation... the hugest of thanks to everyone that has worked, played, supported, danced, drank, sang with us... our last chance to dance will be Saturday 16th December..." (see below).

Sound Control bosses are now said to be searching for new premises.

The fate of the music venue draws into question the future of this historic cobble-stoned city quarter - dubbed ‘Little Ireland’ in the early nineteenth century due to the thousands of Irish immigrants who settled there.

Plans to extend the nearby Oxford Road Station as part of the Northern Hub rail project, as well as (as yet unannounced) plans by property group Bruntwood to redevelop the area into a modern, high-rise neighbourhood threaten to see iconic buildings such as The Cornerhouse and The Salisbury levelled.

‘City planners need to think about the husbandry of the city along with the need to keep the economy moving. Given the range of older buildings in the city we can have the best of both worlds if we choose. But that means sometimes turning down redevelopment, stopping the machine from rolling. In such an instance we might hold on to the physical character of the city while also gaining buildings and public areas that we can be proud of. Much has been lost needlessly, much can be saved, if there's the will and a plan and an appreciation of what makes cities interesting.’

Work on the new student tower is expected to begin next year with a completion date set for 2020.