Week 34: in which Manchester is beaten by candy floss

Mobike threatening to withdraw their bikes due to vandalism in the city has thrown spice dealers into crisis, Sleuth hears.

“How will we be able to deliver our product to beggars, er..clients, across the city centre if these bikes are withdrawn? After all we only use the bikes we’ve wrecked so they can’t be traced by the Mobike company,” moaned one.

Sleuth hears an emergency meeting was called of beggars and spice dealers in Chinatown in clear view of several police officers who walked past looking the other way and whistling or examining their finger nails. Sleuth also hears the meeting came to nothing, as after sampling some of the latest product, everybody just stood stock still, eyes closed, drooping forward with their arms almost touching the ground. No decision could be reached. 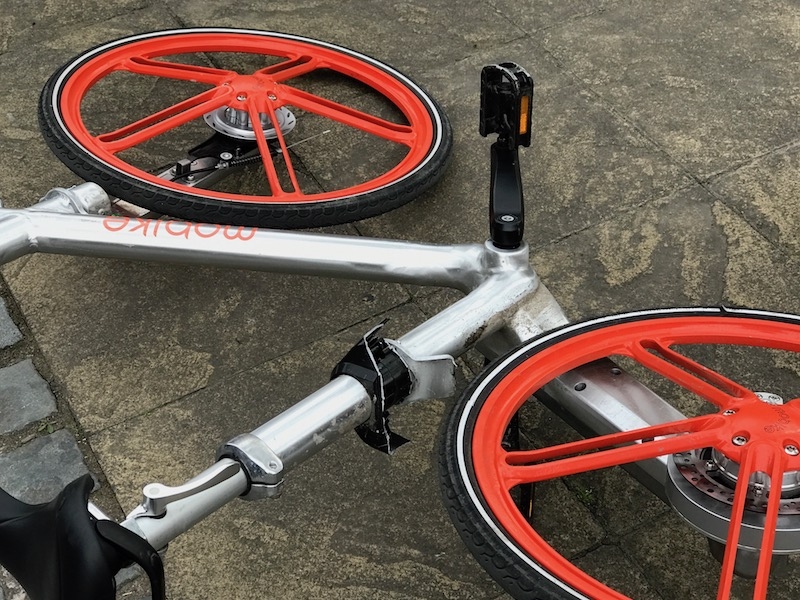 People have been commenting much on the traffic-lights close to Piccadilly Station which have been sexed up in time for Pride on the Bank Holiday Weekend. Sleuth was particularly charmed by the old couple who wondered if the transgender one was ‘something to do with the Freemasons.’

Anyway, Sleuth hears the lights haven’t quite worked out as planned as each piece of street furniture has taken on extreme and not always welcome characteristics of each sexuality. Thus the straight traffic light tried to attack the gay traffic light, while the latter argued over who was best, Kylie or Madonna. The lesbian traffic light was last seen presiding over a junction in Hebden Bridge. The transgender one didn't want to be on that traffic light post but on the other one across the road. 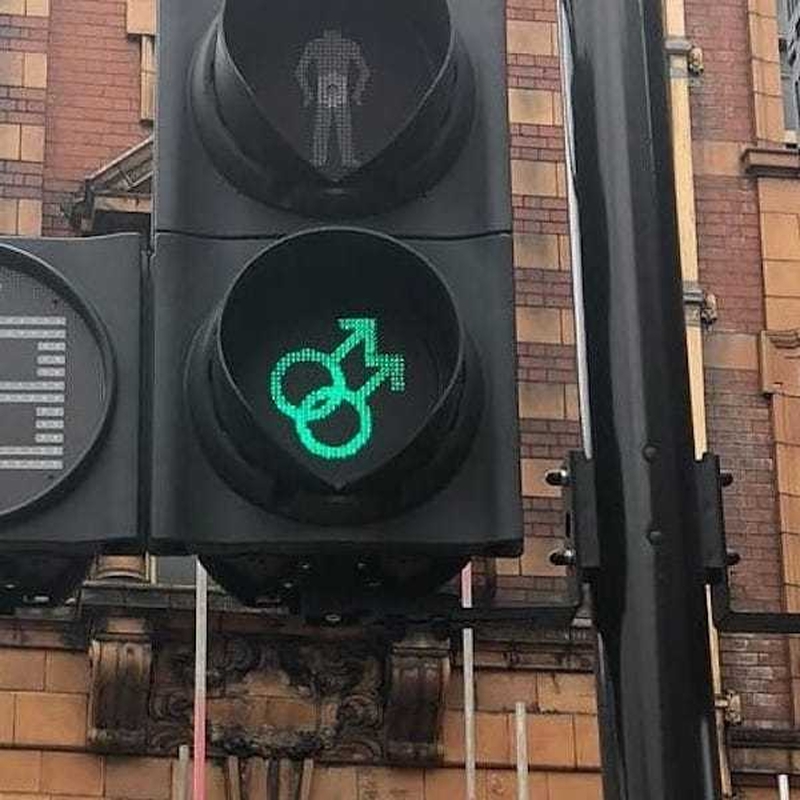 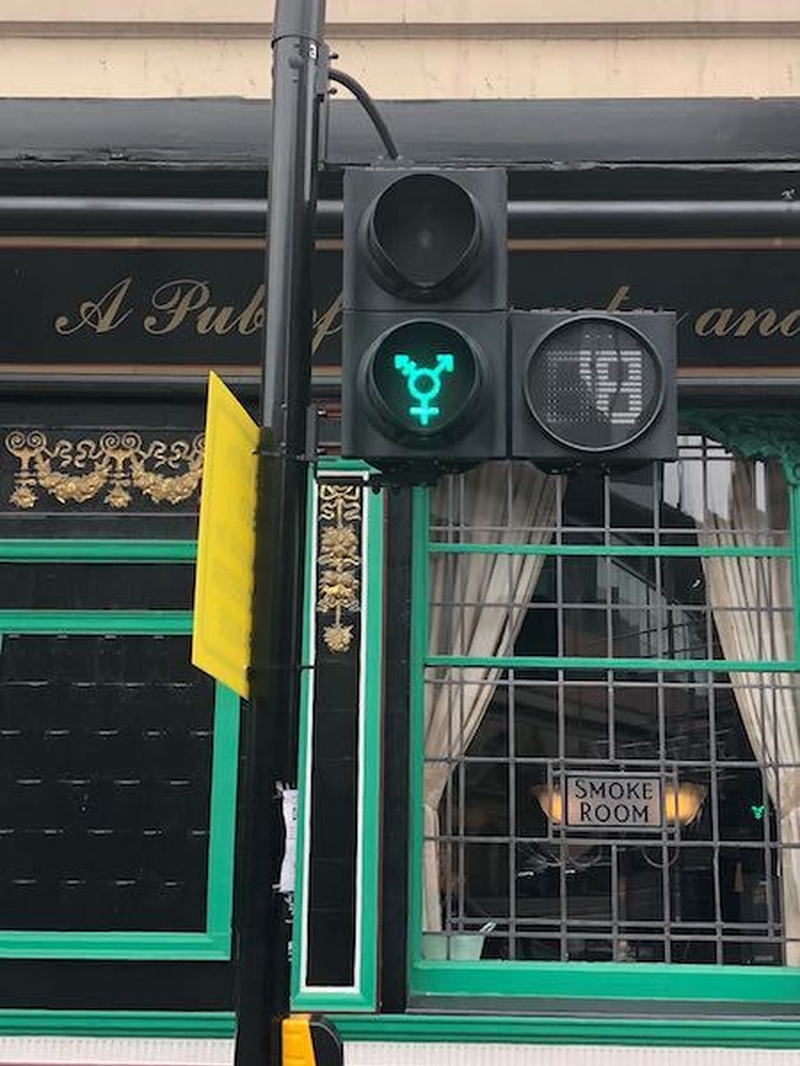 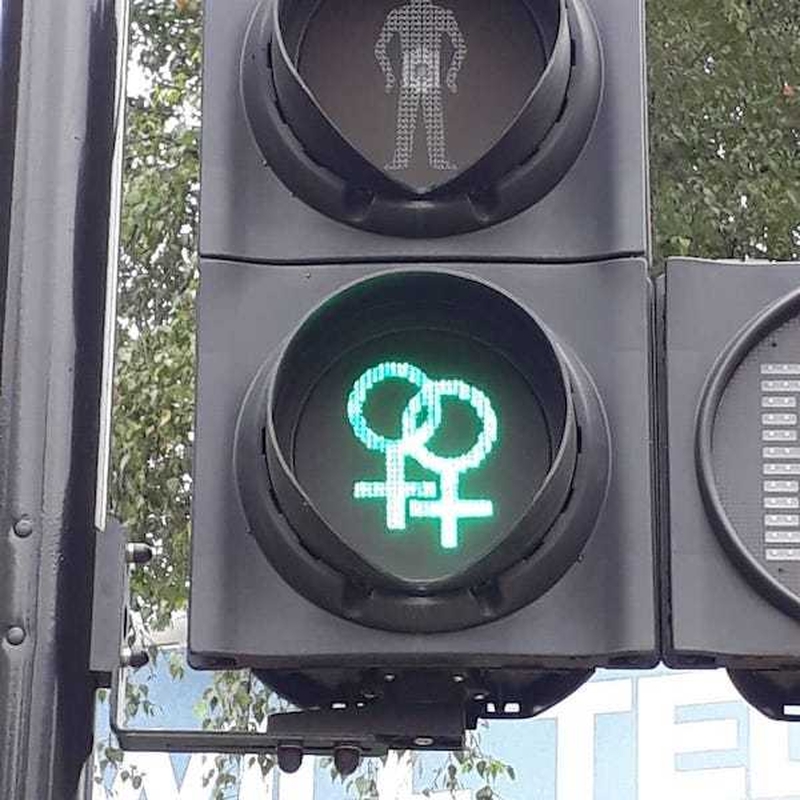 Another piece of fluff PR this week, this time from Criteo which laughably calls itself ‘the online advertising ecosystem’. Maybe Criteo are the bottom feeders in that system. Anyway ‘staycations’ are on the rise apparently and ‘the top 10 most searched UK holiday destinations’ reveal that Manchester ranked number 4 on the list. London was way ahead, Liverpool was third. The strange thing was that ahead of Edinburgh and York as well as Manchester was Blackpool, the clear second fave most searched destination. It must be the shopping thinks Sleuth, who can resist a trip to see all those inflatable objets d’art in those exclusive promenade boutiques?

Sleuth’s views of the week

Sleuth went up on to the balcony of 53 King Street last week and found it an absolute joy. The architect of the former Lloyds Bank at the junction with Cross Street was Charles Heathcote who did so much work around the city. This building, which has been superbly restored by The Offices, was completed during WWI and maybe the date explains the decorative use of sarcophagi (aka monumental stone funeral caskets) up there. In 2018 it’s a suitable reference to Miller & Carter restaurant below which sells steaks, as the literal Greek translation of sarcophagus is ‘flesh-eater’. 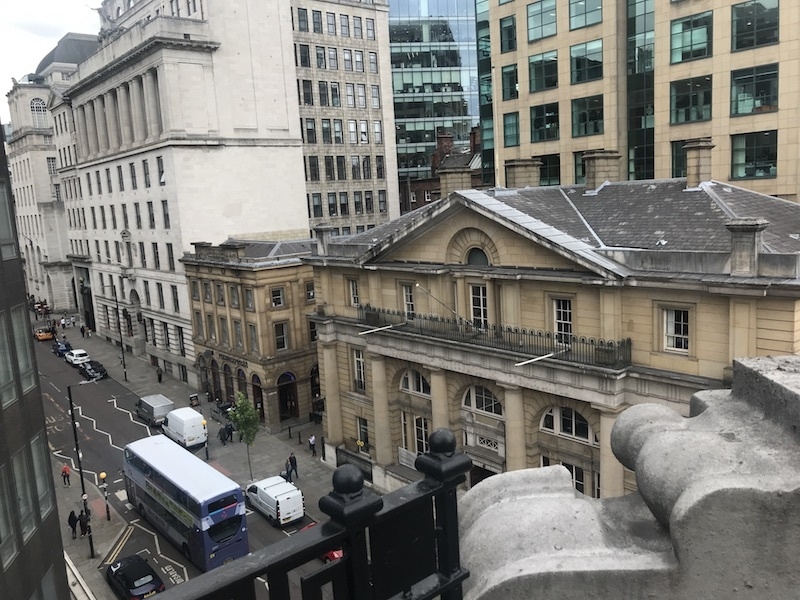 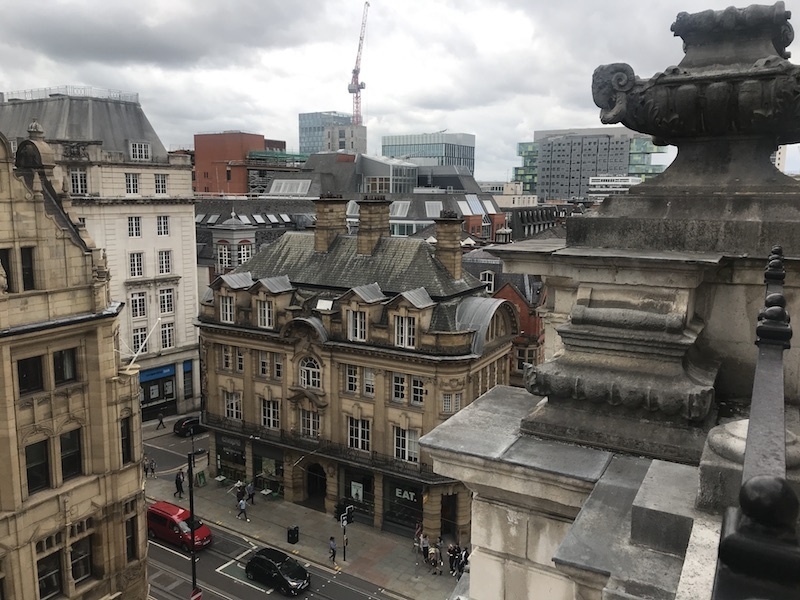 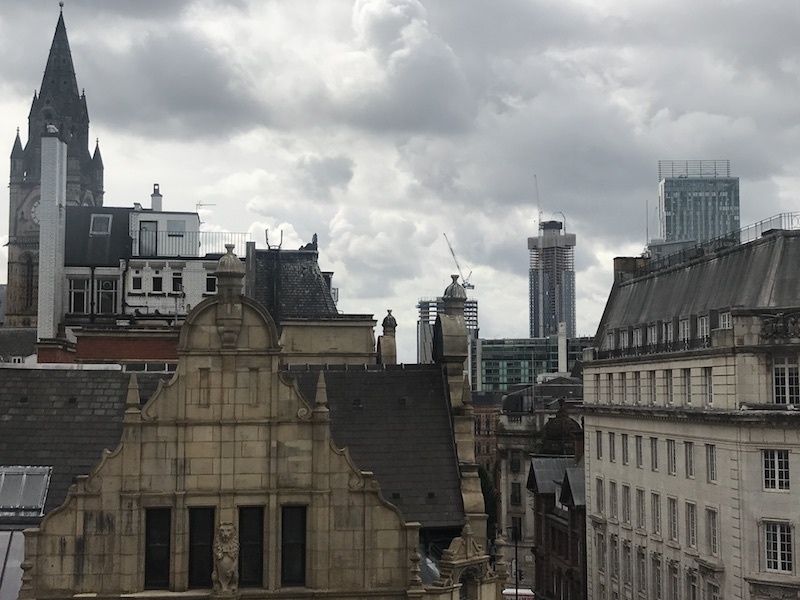 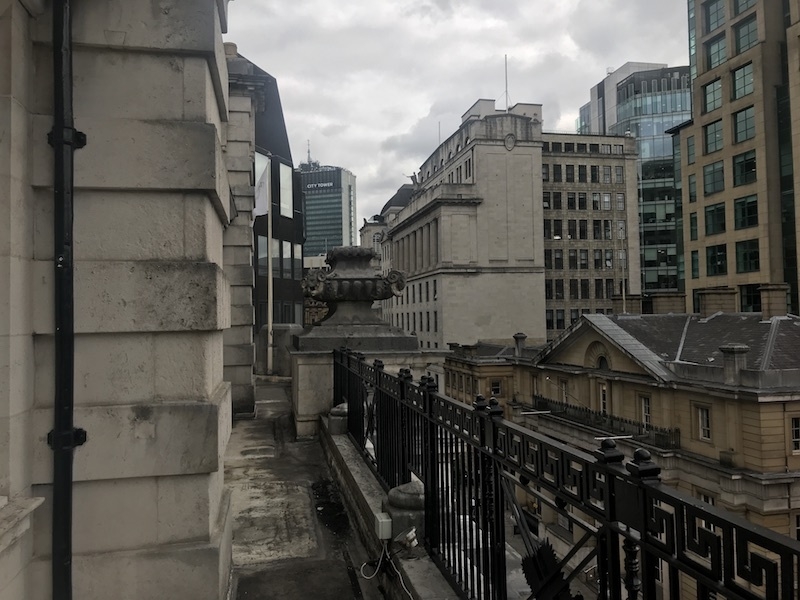 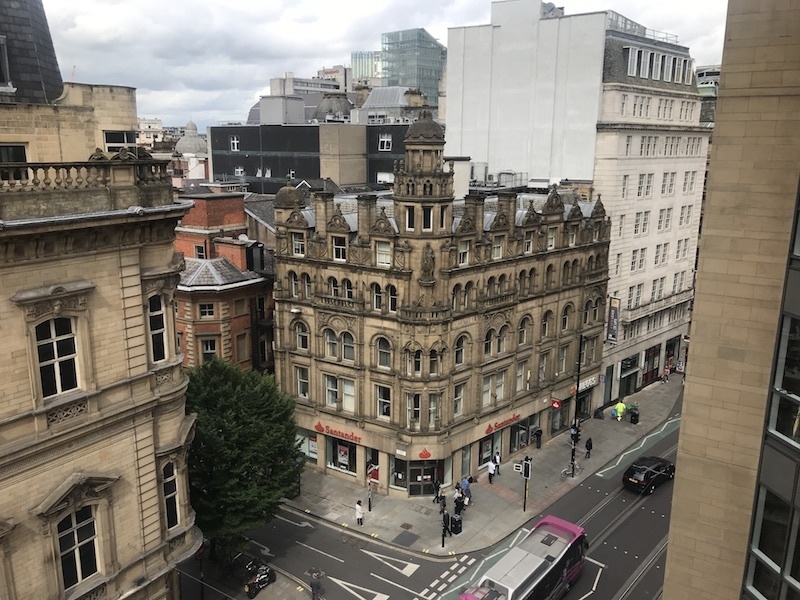 Sleuth was reading this week's restaurant review of Sakura all-you-can-eat buffet Japanese buffet on Cheetham Hill Road. Sleuth had to laugh at the handwritten signs stuck in the upstairs windows of the former rag trade showroom. They clearly felt the need to add the second one, just in case people didn't understand the 'ALL YOU CAN EAT' message on the first. Sleuth's glad they cleared that up. 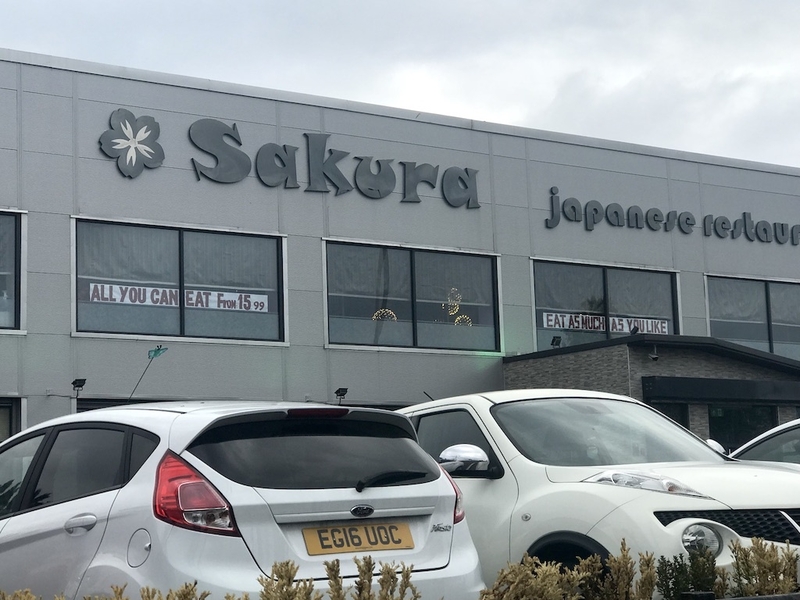 Back to Sakura where Schofield was enjoying the desserts: 'Let’s start with those puddings, because the creamy things and cakes are execrable. The Bavarian slice I had looked the part, but the filling tasted of artificial cream mixed with weed killer and the bile of a Brexiteer told that maybe the ‘will of the people’ was wrong. The Black Forest gateau needs to bugger off back there and hide itself amongst the trees.'

Indeed, so bad were the puds that this mannequin sat on top of the dessert fridges had decided to remove its own head and eat that instead...