Sleuth - Homeless problem solved, Mexicanese confusion and the most remarkable pub sentence ever

Week 44: in which Sleuth recalls terrible moments while drunk

Greening up the city

Sleuth thinks Mayor Andy Burnham's latest initiative to tackle two common city centre grievances has gone too far. Yes, the city centre needs more greenery, and yes cleaning up the city's homelessness problem is of primary importance, but covering the poor buggers head to toe in ivy while they sleep is a bit much Andy. Dear me.

Lay of the grass, man

Speaking of green, Sleuth has been helping one of the Confidential writers compile an article about public spaces and squares in the city centre. One interviewee recalled how lots of parks and squares with grass, not so long ago, bore a sign that read ‘Keep off the grass’. Given the aromatic nature of Cathedral Gardens, Angel Meadow and Piccadilly Gardens, Sleuth reckons such a sign in 2018 would clear those spaces in seconds. It’s a little known fact that these public areas are the only ones in Britain that feature drug addicted lawns. The grass is completely out of it 24/7.

You might have seen last week in Sleuth that a new Peaky Blinders-themed bar and restaurant is to open on Peter Street, replacing Sakana which closed quietly a few weeks back. The venue will be based around the smash hit BBC crime drama, which follows the exploits of the notorious 1920s Birmingham gang. Having read the column last week, one of Sleuth's pals reminded him that the venue had been hosting gangland-themed evenings for sometime. Some had even spilled over into Club Liv next door. Shouldn't be too much of a departure then, thinks Sleuth. 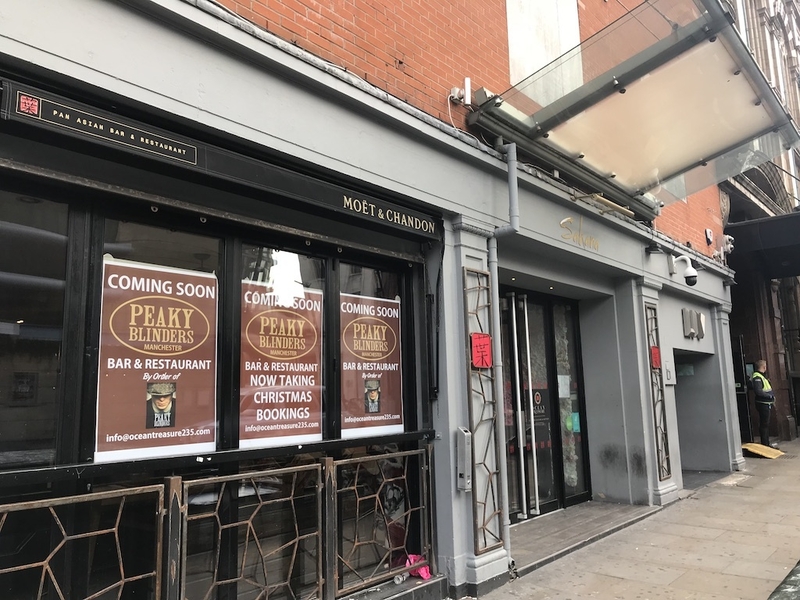 The new Peter Street Kitchen at the Radisson Edwardian Blu Hotel (or is that the Hotel Radisson Blu Edwardian or the Edisson Radwardian Blutel Ho?) is a restaurant with a split personality featuring a menu that is Japanese and Mexican. Er, right? Sleuth is thinking of other potential team-ups that make as much sense. Maybe Chinese and Spanish, Swedish and Italian, Mongolian and Canadian, Romulan and Clingon, or Argentine Churrascurria and UK middle-class vegan - in other words meat and two veg. Anyway schizophrenic menus, well, Sleuth’s in two minds about them.*

*Sleuth knows this isn’t a true definition of schizophrenia but welcomes whingers to have a right good self conscious moan about it. 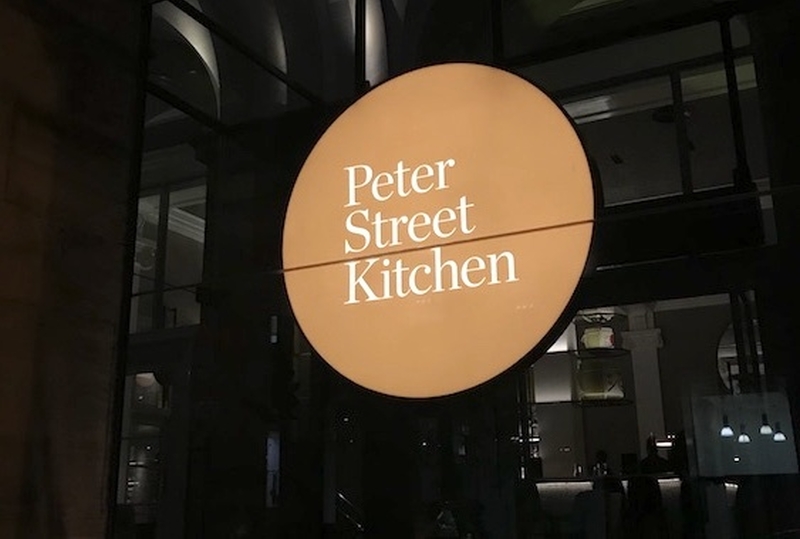 Sleuth was talking to Esther, the noble landlady of the Eagle Pub, just over the river in Salford. They were comparing stories of terrible moments while drunk. This was Esther’s contribution.

“Upon waking one very hungover morning I was irked to notice thick black illegible graffiti all over the wall in the smoking area. It felt like there were only people that I knew in the pub the night before so I decided to check the CCTV in order to appropriately chastise and berate the culprit. You can only imagine the chill running down my spine as I witnessed myself stumbling around with a book, climbing onto a beer crate and wrestling with the wall for the best part of two hours. Upon seeing this I immediately knew what was written on the wall: an excerpt from Black Roses by Simon Armitage, my favourite poem. Two hours and I hadn’t remembered a thing about becoming my own vandal.”

Massive cock on the loose in Manchester

Sleuth's not averse to shock click-bait headlines. After all it’s sad to learn that the massive cock that’s been hanging around the Radisson Edwardian Blu Hotel (or is that the Bludian Warrad Issoned Hotel?) is being removed as part of the refurb there. Sleuth wondered out loud whether instead of getting rid of it they could have thrust the cock into a spare box room. But apparently that would have been a ball ache. The cock’s very hard to shrink down, he was told, it has to be kept erect.

Pub sentence of the week

Sleuth was in the office local this week with publisher Mark 'Gordo' Garner and Jonny from sales. They were calling in another round with Publican Dave when they got talking about Dave's shadowy past. "I used to be a stripper you know," said Dave, out of nowhere. "Is that true?" asked Sleuth. "Yeah, they used to call me Dairylea Dave," he said, "I once stripped for Bet Lynch from Corrie because Toyboy Tony had committed suicide in Failsworth."

It was at once the most remarkable sentence Sleuth had ever heard in his life.

Sleuth has discovered something that might damage Father Christmas’s reputation. He stores his toys in his belly and delivers them by fork-lift truck. Rudolf has been modernised.

The Christmas Markets are upon us and Sleuth won’t see Albert Square, St Ann’s Square or Exchange Square for weeks. Cathedral Gardens has vanished too. They’ve all disappeared under a million bratwursts, candles, wooden toadstools and other things nobody needs such as packets of daffodil seeds and wire-mesh owls and unspeakable vats of bloody awful ghuhwien. Humbug to it all, thinks Sleuth.

Sleuth sees a well known city centre chef has 'stepped down' from his director role in Spinningfields. Suspiciously the company did not give a reason for the chef's departure, though Sleuth is sure it has nothing to do with said chef telling 350 people to "fuck off" while on stage at a recent awards do. Nah. Can't be.