Sleuth - Get Neville, techno tears and MIF's most MIF thing ever 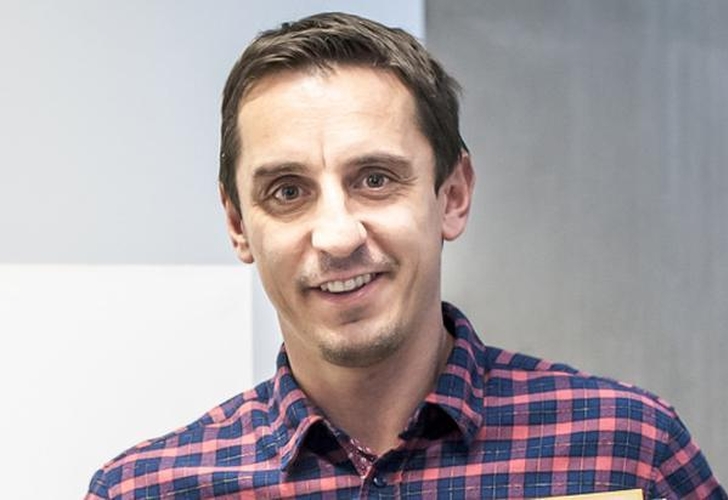 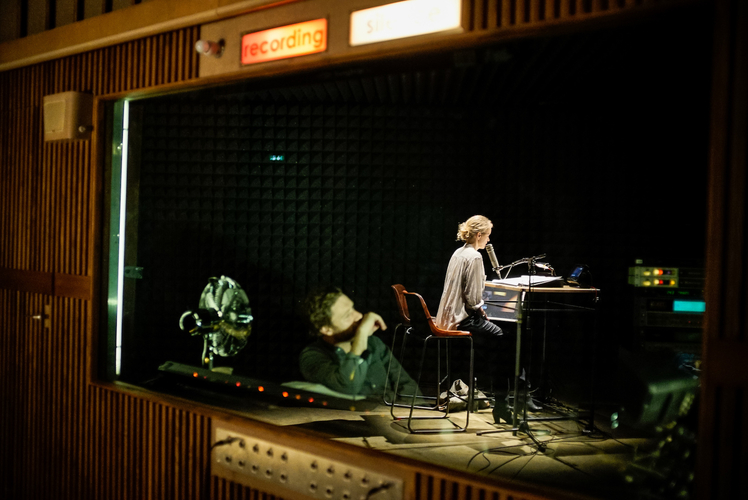 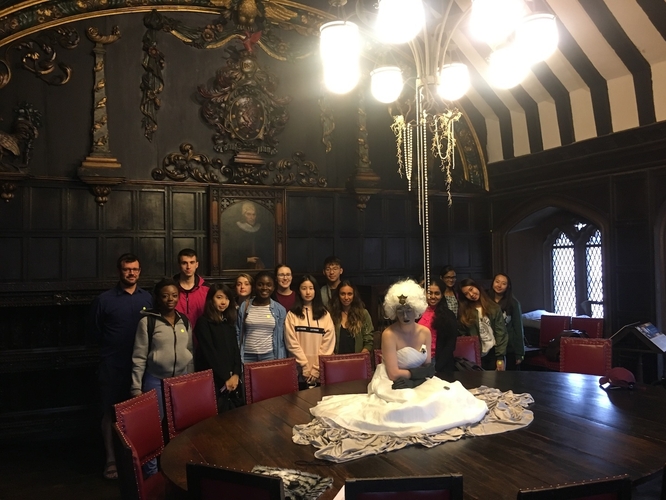 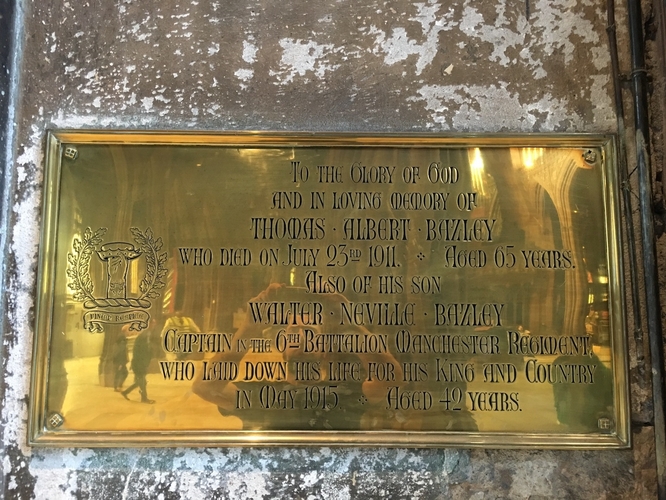 Week 28: in which Sleuth is shown Manchester's oldest bee tattoo (sort of)

Sleuth hears there's a crisis meeting of millionaire developers planned. Sleuth learns there's only one item on the agenda. It's called 'Get Gary Neville'. "We're terrified about what this upstart has started," said one to Sleuth about Neville's change of heart over St Michael's. "Jeez, he's letting people who care about the city influence his development plans. This is inconceivable. He's going to start making 'consultations' meaningful. One of our recommendations is to collectively talk behind his back. We are going to be really snide about him being an ex-footballer who doesn't really understand that in Manchester a developer is someone who has a discreet chat with Council Planning, where they come to an agreement that gets designed and then we have a consultation where we put our fingers in our ears and go 'la la la' loudly when the public wants to talk about it."

Sleuth enjoyed the excellent New Order gig in association with Liam Gillick at Old Granada Studios. The layering of sound for the Manchester International Festival show was astonishing, complete with a 12-strong synth orchestra from RNCM. At the encore the band came on stage and drummer Stephen Morris started a familiar beat while front man Bernard Sumner announced, “This is Blue Monday.” Cheers from the crowd. “No fucking way,” said Sumner laughing. The drumming stopped. "As if we're going to do that one," said Sumner, "we're sick of it." Sleuth couldn't agree more.

Sleuth was discussing the New Order gig with amiable Dan Overton at the bar in HOME. Overton said at one point he’d felt very emotional and almost welled-up. “I get like that,” he said. “I once completely broke down at a Kraftwerk gig.” People turned to stare. Bobby from MMU sitting with Sleuth paused, dumbfounded, with a G&T half way to his mouth. “Let me get this right,” said Sleuth slowly, “you wept at a hard industrial electronica gig? You wept at Kraftwerk?”

MIF's most MIF show ever

Sleuth has never wept at a MIF show, but since its launch in 2007, Sleuth has struggled with one or two of the festival's more niche commissions - and there have been a few. One of Sleuth's favourites was in 2011, when an opera based upon the life of performance artist Marina Abramovich saw several dobermans and mimes prowl the stage to the sound of Siberan funeral music and narration from Hollywood actor William Dafoe, who was wearing a sort of Ziggy Stardust red mullet. Niche. But even that was topped this week when Confidential theatre writer and city centre councillor, Joan Davies, attempted to explain to Sleuth the MIF17 show, Returning to Reims, by German theatre maker Thomas Ostermeirer:

'Ostermeier has devised a drama about a recording of the narration of a documentary film of the bestselling memoir by French philosopher Didier Eribon.'

A drama about a recording of a narration of a documentary of a memoir? Got it.

Tattoos of Manchester bees have become a sign of solidarity with the victims of the bomb attack at the Arena in May. Yet people have been getting bee tattoos for several years and Sleuth has documented a few over the last decade on these pages. Now in Manchester Cathedral the oldest bee tattoo (probably) has been found by Darren Lennon on a coat of arms on a memorial. The once-prominent Bazley family's badge featured a raised arm. This motif is on a plaque commemorating one of the Bazleys, but also his unfortunate son who was killed in WW1, fighting in the Manchester Regiment. This time though, the normally undecorated wrist on the Bazley's coat of arms has been adorned with a Manchester Bee, just like people recently have been getting themselves so branded. It's a mystery as to why the brass was tattooed in this way - maybe because of the link to the Manchester Regiment? - but we don't know of one earlier.

Sleuth and the tiled wonder

Sleuth loves the Marble Arch on Rochdale Road. It's a beautiful tiled wonder with a crazy sloping floor and some excellent own-brewery beer. The food has over the past decade or so been good too, so Sleuth is curious to see what an ex-chef of the very different Australasia on Deansgate will do to the menu. Sleuth hears Chris Evans (no, obviously not, the cocky broadcaster) is moving from Pan-Asian fancy-pants food to British staples with flair. Instead of Emporio Armani for company and tanned people with shiny clothes, his new workplace has a regular customer base of posties coming off shift from the nearby Manchester Mail Centre. Sleuth looks forward to seeing what Evans can do, because as well as the posties there are loads of other appreciative customers for this special pub.

Things you don't expect to find on tables

Sleuth was on a tour in Chetham’s Library. “You might find the table in the Reading Room looks different,” said Librarian, Michael Powell. Sleuth entered with a group of people and found it was very different. It was dressed with Ruby Tingle, the Manchester-based artist, with an installation piece called ‘Ermine’ a ‘living self portrait’. It was quite beautiful. Dan Overton (see above) would surely have wept. But it certainly it wasn't what you expect to find on a library table.

Sleuth's colleague Deanna Thomas was in Piccadilly Gardens this week, interviewing the star of American TV show Man vs Food, Adam Richman. The globe-trotting food presenter was in town to promote the tour of booze n BBQ bus, Meat Lust. Thomas had decided that instead of all that dirty American slop on slop, Richman might like to try something more local, more refined, so took him an Eccles cake with a block of Lancashire cheese. Problem was, Thomas wasn't the only interviewer that day with such an idea, and Richman - who was in the middle of a diet regime - had already been fed a Chorley Cake and curry on chips. Needless to say, Richman wasn't overly chuffed...

Nico and the funny book

More musical mayhem from the fine Chris Lee, musician, author and general good egg. Sleuth bumped into the gent, more commonly known as CP Lee, in MIF17’s Festival Square. He was going the rounds saying, “I’ve invented a new word – Plagiarism.” He then told an anecdote about Nico, the German performer/model/artist who worked with the Velvet Underground and who spent her last years in Manchester. Nico was well-known for her Teutonic gloom but one day she was seen reading a book and giggling over and over again. “What funny book are you reading, Nico?” she was asked. “Bleak House,” she replied about a Dickens’ novel Sleuth knows hasn’t got a single laugh in it.

Sleuth's sneaky black cat on a bar of the week...