THE LONGEST suicide note in history’. Gerald Kaufman’s acerbic description of the Labour Party’s 1983 general election manifesto deserves its place in the lexicon of great political quotations. ‘Graham do they employ human beings in the housing department?’ will never make any such dictionary but this showed Gerald used his sharp tongue just as much on behalf of his constituents as he did for his party.

He was angry with officials in the housing department because they were failing to respond to his representations on behalf of a family in a desperate housing situation.

I was shocked to receive the telephone call on this particular day because Gerald was the focus of the world’s media as he fronted as Shadow Foreign Secretary Labour’s policy change on nuclear weapons from unilateralism to multilaterism. I can think of no other front line politician who when centre stage would have found time to help his constituent. His priority was always the people he represented: he was a ferocious tribune of his constituents.

He was extraordinarily proud of being the longest serving Member of Parliament in Manchester’s history. Born into an orthodox Jewish family in Leeds who had escaped pogroms in Poland he became a Manchester MP for the old Ardwick constituency in 1970. He told me this was because he couldn’t drive. He was picked up at Piccadilly railway station by one of Ardwick’s Labour Party’s 20 person general management committee. He won his selection against Joe Dean (who became Leader of Manchester City Council and an MP for Leeds) by 11 votes to 9 having convinced the driver to change his vote.

Undoubtedly he had the political and intellectual abilities to be a powerful member of a Labour cabinet. Sadly he was at the height of his powers during the 18 years of Conservative Government. Having been in Harold Wilson’s kitchen cabinet in the 1970s he only achieved Ministerial position at a junior level. I suspect Labour’s time in the political wilderness was made more difficult for him because of his deep loathing of Margaret Thatcher who had impoverished many of his constituents and whose intolerance he hated.

He used his experience as a junior Minister to write How to Be a Minister which lasted well enough for new ministers in Tony Blair’s administration in 1997 to look to as a guide and a handbook. 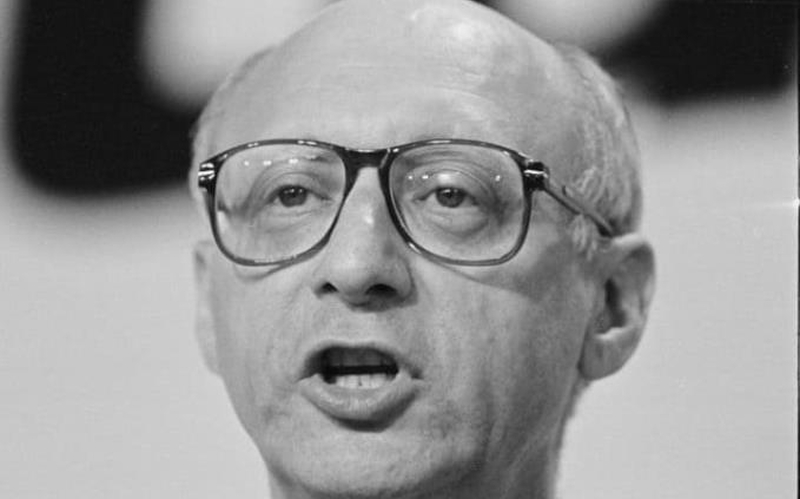 It was not surprising given his Jewish background that as a young man he was a strong supporter of Israel seeing it as a socialist experiment in the Middle East. By 1986 disillusion had set in he authored a little read book ‘Inside the Promised Land’ in which he despaired that the most right wing Labour Party member in the UK would be seen as a militant extreme left winger in Israel. His increasing opposition to the Israeli Government’s policies made him unpopular with the Jewish community in Greater Manchester but very popular with his Muslim constituents. By 2012 he had come to the view that ‘the sufferings of the Jewish people cannot be used as some sort of justification for what Israel does to Palestinians. I find it degrading that the sufferings of the Jews in the Holocaust should be used as a kind of justification for persecuting Palestinians’.

Born on Midsummers day in 1930 nobody would describe Gerald’s personality as sunny, the general consensus seems to be that he was waspish but there was another side to his personality. For the last 18 years I have had an office in the House of Commons opposite his, it was not uncommon in the morning to hear him singing particularly if he had been to a West End musical the night before. He was friends with the American lyricist and song writer Stephen Sondheim facilitating on a number of occasions Sondheim and his works onto the stage in Manchester.

He was a kind man who hated cruelty; this ultra-loyalist threatened Blair with rebellion if he didn’t find Parliamentary time to ban fox hunting.

35 years ago one Labour MP who had made the front page of every tabloid for indulging in unusual sexual activity in a gay club in Hamburg told me that while many colleagues had shunned him Gerald was highly supportive.

Gerald was difficult to place on the political spectrum, in the 1980s he organised with the right wing against Tony Benn refusing even to be in the same room as him but also loyally supported the younger more left wing Neil Kinnock, as he did with Tony Blair. Simply he just desperately wanted the Labour Party to win and to make sure that Margaret Thatcher and her like were out of power. He was a singular and private politician who used his considerable abilities to fight for the constituents who he loved and the party he cared for. Both will miss him.

Graham Stringer is an occasional columnist for Manchester Confidential. He is the Labour Member of Parliament for Blackley and Broughton and former Leader of Manchester City Council from 1984-1996.

The (Manchester) Guardian is 200 years old
Read Next
● / News & Comment