Henrock plans to open this October

Michelin-starred chef, Simon Rogan has announced that he will open Henrock, a new ‘informally elegant’ restaurant within Linthwaite House, a 36-bedroom boutique hotel set within fourteen acres of landscaped gardens in the Lake District.

it will lean heavily on global influences, techniques and produce discovered on the chefs’ travels, including trips to Asia

The restaurant name derives from a rocky outcrop on the lake, known as Hen Rock, which is often visible from the terrace of the contemporary country house hotel, with sweeping views across Lake Windermere.

Henrock’s kitchen team is to be led by Head Chef Brian Limoges, who will be relocating to join Simon after working in renowned restaurants such as Quince, Birdsong, and Atelier Crenn in San Francisco. Working together, they will create a menu that will showcase natural, perfectly seasonal ingredients - many of which will have been grown on Simon’s own farm, Our Farm, in Cumbria.

However, Henrock will step away from Simon’s other restaurants, L’Enclume, Roganic, Aulis and Rogan & Co., where the focus is firmly deeply rooted in British cooking and ingredients. Instead, it will lean heavily on global influences, techniques and produce discovered on the chefs’ travels, including trips to Asia where Simon has recently opened Roganic & Aulis in Hong Kong.

The menu will be made up of a selection of small sharing plates with signature dishes set to include ‘Raw aged beef, elderberry and shiso’, ‘Halibut baked in cabbage leaf, bay shrimp and pink pepper’, and ‘Fried apple pie, miso butterscotch and cassia clotted cream’.

‘Since opening L’Enclume in 2002, it’s been a hugely exciting and humbling journey,’ says Simon Rogan. ‘Today, we have five UK restaurants holding four Michelin Stars amongst them and have recently opened Roganic and Aulis Hong Kong. It feels like the right time to be strengthening our offering in the north of the UK, a place we call home, with a fantastic team in place and in such a truly unique and stunning setting.’

Overseeing F&B operations at Henrock will be Nicolas Perdrier who actually began his career at Linthwaite House before spending time working for Simon as Assistant Manager at L’Enclume and exploring projects elsewhere in the UK. He will bring a deep understanding of Simon’s ‘farm to fork’ ethos and high standards of hospitality, as well as invaluable local knowledge.

Linthwaite House was taken over by the South African-based hotel group, Leeu Collection in 2016 and reopened in 2018 after a complete refurbishment.

Henrock will open in October 2019 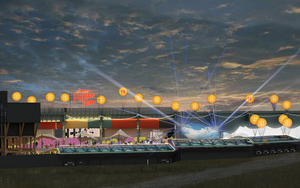 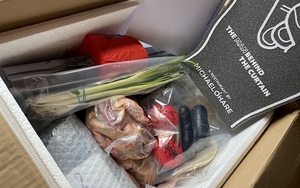