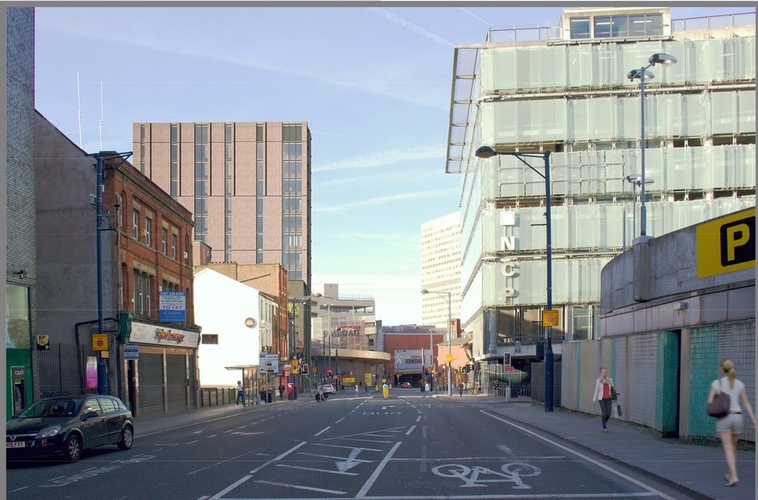 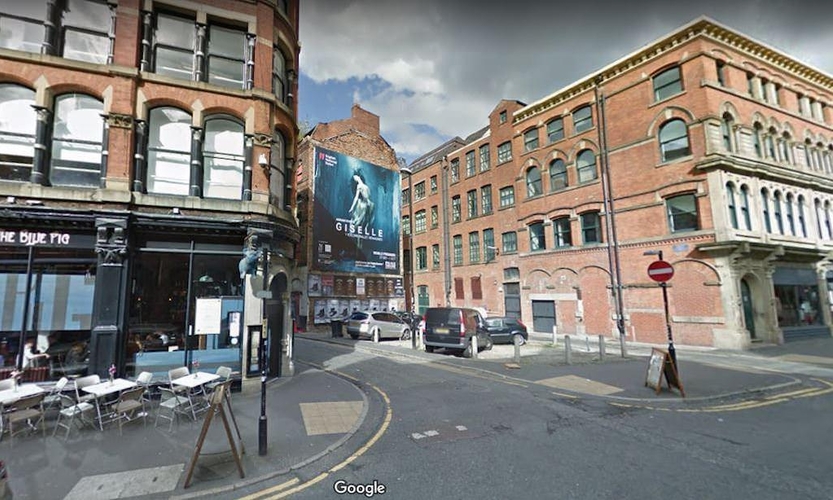 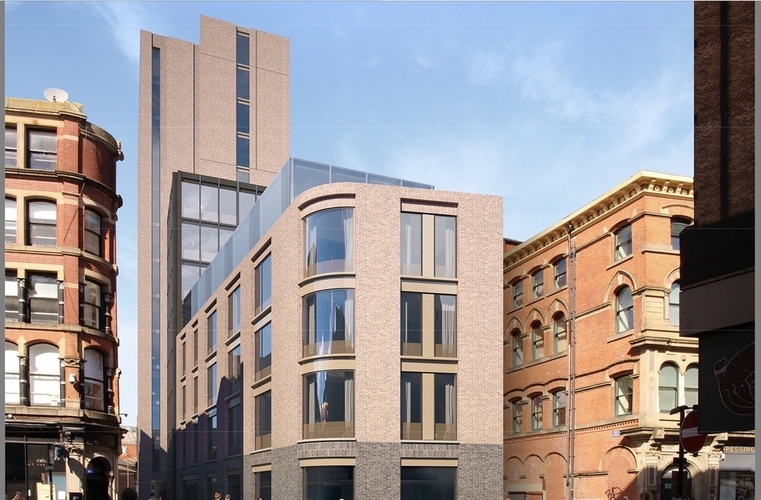 The council has rejected controversial plans to construct a new apart hotel in Shudehill. This is victory for local democracy, for the residents and people who work in the Northern Quarter and the wider city.

Fred Done’s development company Salboy have had their knuckles rapped over this scheme. Twice, they and their architects 5Plus were asked to amend plans for a new development in the Northern Quarter, especially the scale of the thirteen storey tower on Shudehill.

Confidential was the first to point out the ‘sore thumb’ character of the tower, especially in comparison to the two and three storey buildings that form the Lower Turks Head pub, adjoining to the north.

Councillor Joan Davies, occasional Confidential writer, has called the tower a ‘giraffe surrounded by hamsters’. She’s right, although as 5Plus pointed out to us in November, when you take the scale of Shudehill Transport Interchange, the rear of the Arndale and Basil Chambers, then thirteen storeys in this area wasn’t necessarily catastrophic.

The telling comment though is from Simon Ismail, director at Salboy, who has been quoted as saying, “sensitivity of our surroundings and local heritage is always paramount. In truth we had not anticipated that the scheme would raise so many concerns.”

This gives the game away. It gives the game away for many developers who have been swarming Manchester and Salford centres in recent years. Increasingly residents, existing businesses, visitors and commentators are becoming concerned. As the city centre grows and repopulates people, through a genuine love of the place or through commercial or other interests, are investing in Manchester city centre either emotionally or financially, or both.

Losing this Shudehill scheme is no loss aesthetically... but the loss of Zoku could be

For years and years planners and developers have benignly and legally colluded on schemes big and small. Manchester Planning has been assiduous in pursuing quality where it can and that should be noted, but both the statutory planning authority and developers seem to have felt that any disagreements were between themselves and should be sorted out between themselves.

The public, councillors, locals and others are now coming together to quite clearly state their claim to a say in the way the city centre develops. This is most welcome as an energised and engaged population – as far as this goes – is better than an apathetic and disinterested one.

Losing this Shudehill scheme is no loss aesthetically, as it was hardly going to enhance the area. What will be an issue is if that important gateway site to the Northern Quarter from the west remains abandoned and empty. If the interesting Dutch hotel group, Zoku, pull their plans for a Manchester arm then that will be a loss to the city too. Given the dynamism of the Northern Quarter it scarcely seems credible that the former will happen, even if the latter might.

Overall this refusal to grant planning permission might cause developers, especially when working cheek by jowl with heritage assets, to ‘anticipate’ concerns. This is not to mean that architects and developers need to pander to the public, which might be a recipe for blandness, but that they need to think very hard and treat such locations with much greater sensitivity, craft and nuance.

This refusal underlines that Manchester in the wider sense is on the watch and developers should take note.