Happy birthday to SEVEN BRO7HERS Brewing Co. Seven long, joyous beery years at the forefront of Manchester brewing. How it’s flown by. But how could one possibly celebrate the most on-brand birthday of them all?

With limited-edition beers of course, silly.

The Salford brewery is launching a limited-edition Kveik style India Pale Ale inspired by the Norwegian capital, Oslo. The beer comes fresh on the heels of the recently released Sticky toffee pudding and custard pale ale created by brewer and one of seven brothers, Luke McAvoy.

Eureka, the celebratory birthday beer, will form part of the 7 Series which sees each of the seven brothers launch their own special beer to coincide with the numerically satisfying anniversary. The beers themselves will explore the hobbies, personalities and quirks of the seven McAvoy brothers.

Salford via the Norwegian Capital

In collaboration with the brewing team, CEO and professional brother Keith McAvoy has created a Norwegian-inspired beer with the intention of taking beer drinkers and SEVEN BRO7HERS fans alike back to the inception of the brewery.

A decade ago Keith was living in (of all places) Oslo when he had his eureka moment and decided he needed to start a brewery with his brothers. Inspired by the city’s wonderful and somewhat different selection of beers, Keith wanted to bring Oslo’s brewery house model back to Salford.

Beer number five out of seven in the aforementioned series is a Kveik-style IPA made using the Norwegian yeast of the same name. Kveik yeast has been used to make beers since the 1600s and gives a tropical flavour to beer, which lends itself to being paired with Zythos ‘pineapple’ hops and Citra for some welcome snack, crackle and oomph.

“Living in Oslo I was blown away by just how great the beer was, I loved the culture and the accessibility to delicious, quality craft beers. It really was a ‘eureka’ moment for me, the first inspiration behind SEVEN BRO7HERS.”

“I felt it was important to reflect a small part of our journey with my 7 Series beer. This range has been such a celebration of each and everyone one of us, our bond as brothers and the hard work that has gone into the last seven years.

“I am enormously proud to say happy 7th birthday to our business, see it growing and expanding despite a challenging 18months. As we go from strength to strength it seems only right to nod to where it all started.”

Known for their vibrant designs, the brewery have collaborated with local artist Alexandra Francis to design the artwork for the cans, each visually telling the story behind the brothers and their respective beers.

For each beer in the 7 Series that’s sold, 7% of the profits will go to a charity of each brother’s choosing with donations from Keith’s beer going to HideOut Youth Zone.

Located on Hyde Road in Gorton, HideOut is a safe and inspiring space visited by thousands of young people each year between the ages of eight and nineteen years old, seeking to provide support in skill development and getting young people into employment. 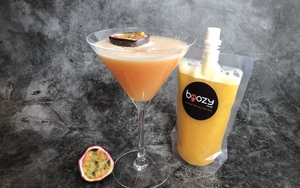 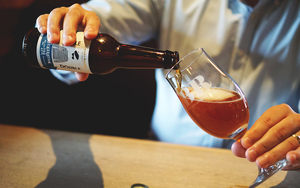 Last chance to support independent ventures before developers move in 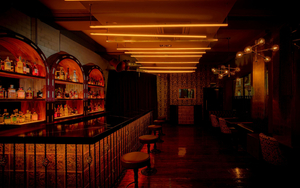 Sustainable and decadent: this Deansgate bar and restaurant wants to be both