Save Our Spaces – how crumbling heritage needs a hand

Historic England has saved iconic sites across the North West, but over 400 are still at risk

OVER the last year dilapidated and disused buildings have risen like a phoenix from the ashes across the North; providing new homes, shops, offices and venues thanks to Historic England offering £887,000 in grants to breathe new life into their walls. Derelict dwellings and past-it premises have been lovingly restored and resurrected, often by community volunteers, securing them for the enjoyment of present and future generations.

But for many other important buildings, the news has not been so good and, across the North West, Historic England’s Heritage At Risk Register 2019 has revealed that there are no fewer than 138 places of worship, 113 Grade I and II*-listed buildings and structural scheduled monuments, 86 archaeological sites, 69 conservation areas, and seven parks and gardens all at risk of neglect, decay or negative change.

The Heritage At Risk (HAR) Register gives a yearly peek at the critical state of some of England’s most important historic buildings, sites, monuments and places. And while 19 sites across the region have been saved and removed from the register this time round, sadly another 16 sites have been added because of concerns about their condition. Kind of giving with one hand and taking away with the other…

Among the 16 at risk added in the last year are Bolton’s Ukrainian Catholic Church on All Saints Street, Church of St Leonard on New Lane in Middleton, Albion Congregational Church on Stamford Street East in Ashton-under-Lyne and Church of the Holy Trinity on Warrington's Sankey Street.

Historic England is a public body that helps protect, value and care for historic places, and it hopes to find the right lifeline to help save some of these vulnerable buildings. Regional director in the North West, Catherine Dewar said: “The message is clear – our heritage needs to be saved and investing in heritage pays. It helps to transform the places where we live, work and visit, creating successful and distinctive places.

"But there’s more work to do. There are buildings still on the Heritage At Risk Register that are ideal for rescue and capable of being brought back in to meaningful use and generating an income, contributing to the local community and economy. Historic England’s experience shows that with the right partners, imaginative thinking and robust business planning, we can be confident in finding creative solutions for these complex sites.”

Here’s our top five of sites saved in the North… 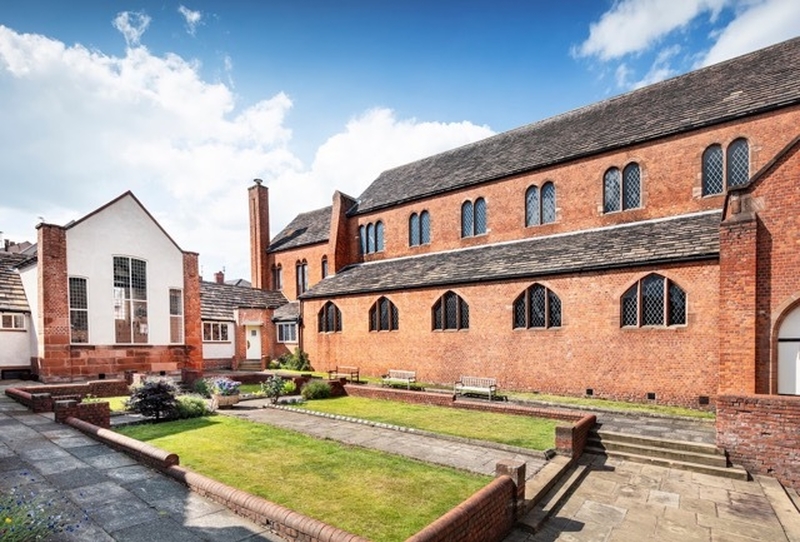 The Grade II*-listed Methodist Church and Sunday Schools complex off Long Street in Middleton, near Rochdale, was completed in 1899 by pioneering Middleton-born architect Edgar Wood, whose legacy is promoted by the Edgar Wood Society. Ahead of his time, Wood built in various styles, sometimes using an aesthetic decades before it became popular.

The Sunday Schools were built to provide free education for children who worked in the nearby textile mills, but they’d been on the HAR Register for four years, suffering from dry rot, a leaking roof from slipped and broken slates, blown pointing causing the bricks to weaken and cracks to appear, and missing decorative stonework.

Thanks to funding and the care of Greater Manchester Building Preservation Trust, part of Heritage Trust for the North West, a major conservation project has been undertaken. The schools are now repaired and gleaming, and have been reopened for community use and regular arts and crafts events, while the attached church is still used for worship. 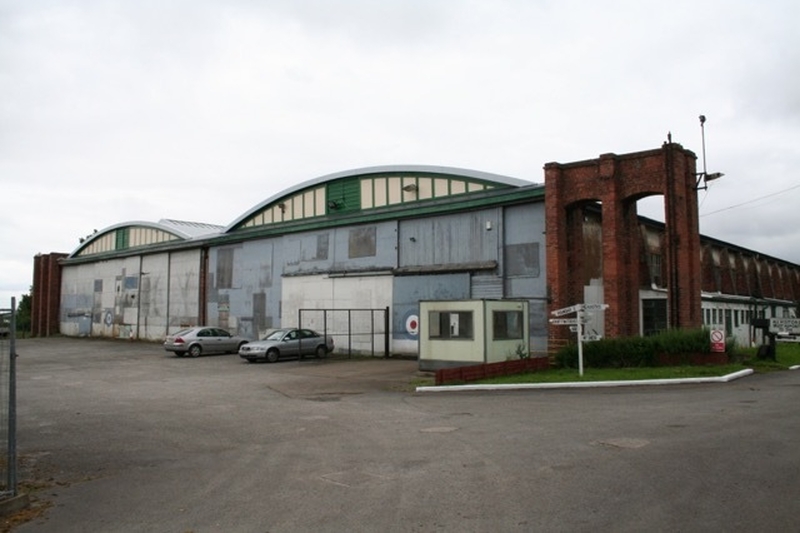 It’s been over a century since the British War Department requisitioned land at Hooton Park near Ellesmere Port to become the home of Royal Flying Corps squadrons. From 1917, pilots trained for action in France here and three aircraft hangars were built to house the planes.

These ‘Belfast trusses’, so named as they were developed in the shipyards of Northern Ireland, were strong and cheap to build, but prefabricated buildings of this kind were never intended to last more than 100 years and subsequently were allowed to fall in to disrepair.

Later considered worth saving for posterity, the Hangars were awarded Grade II* status, and Hooton Park Trust was formed in 2000 to oversee and manage the restoration of the hangers. Repairs to the roofs and structures on the central and southern hangars were carried out and the final phase of works has now been completed. 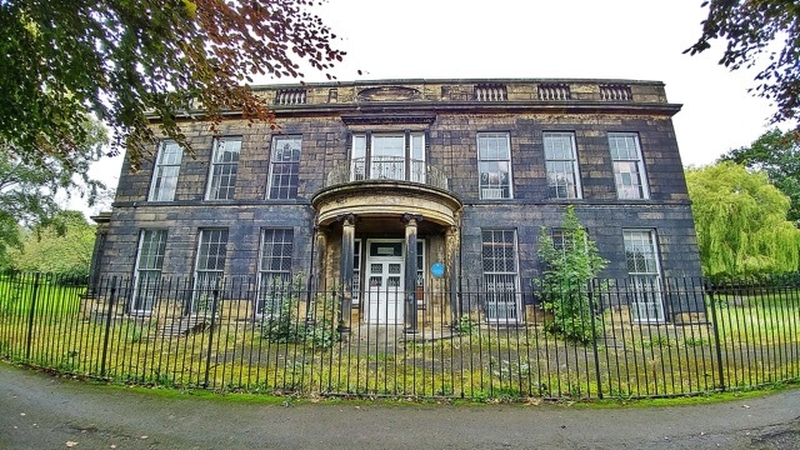 Originally built as a country house in 1817 for the wool merchant James Brown, this building - located between Chapel Allerton and Chapeltown - has been used for many different purposes. By the late 20th century it was being used as a school for disabled children; in 2006 it was bought, in a dilapidated state, by the Sikh community, who had a vision to use it as a Gurdwara place of worship and assembly.

In 2012, a grant from the Heritage Lottery Fund (now the National Lottery Heritage Fund) meant that the badly leaking roof could be repaired and one of the late Georgian rooms could be transformed into a space to display art from the local community.

Now, more recent funding has seen the historic outbuildings brought back to life, with the aim of using them as a space in which to teach local children to play traditional Sikh musical instruments. 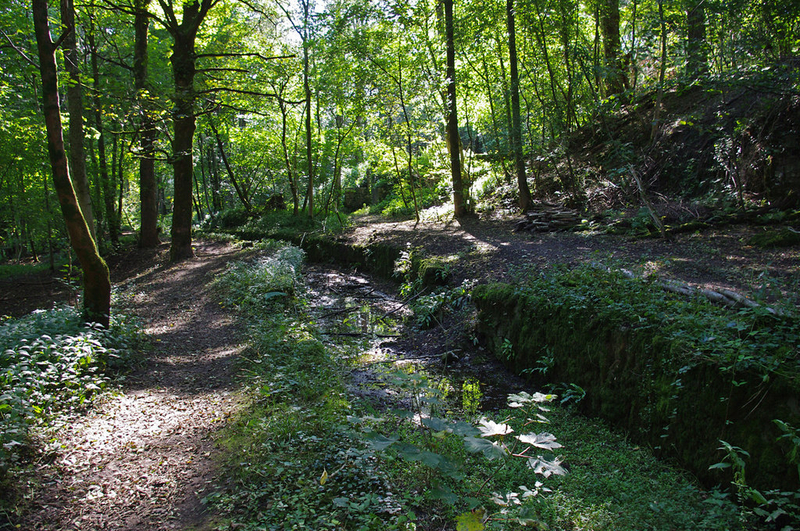 The severe flooding following Storm Desmond in December 2015 wreaked havoc on New Sedgwick Gunpowder Works, a scheduled monument, which includes a building, ruins and the buried remains of the former gunpowder works.

It was then placed on the Heritage At Risk Register and the great news is that, with funding from the National Trust and grant aid from Historic England, repairs have now been carried out and the damage from the floods has been fully repaired. 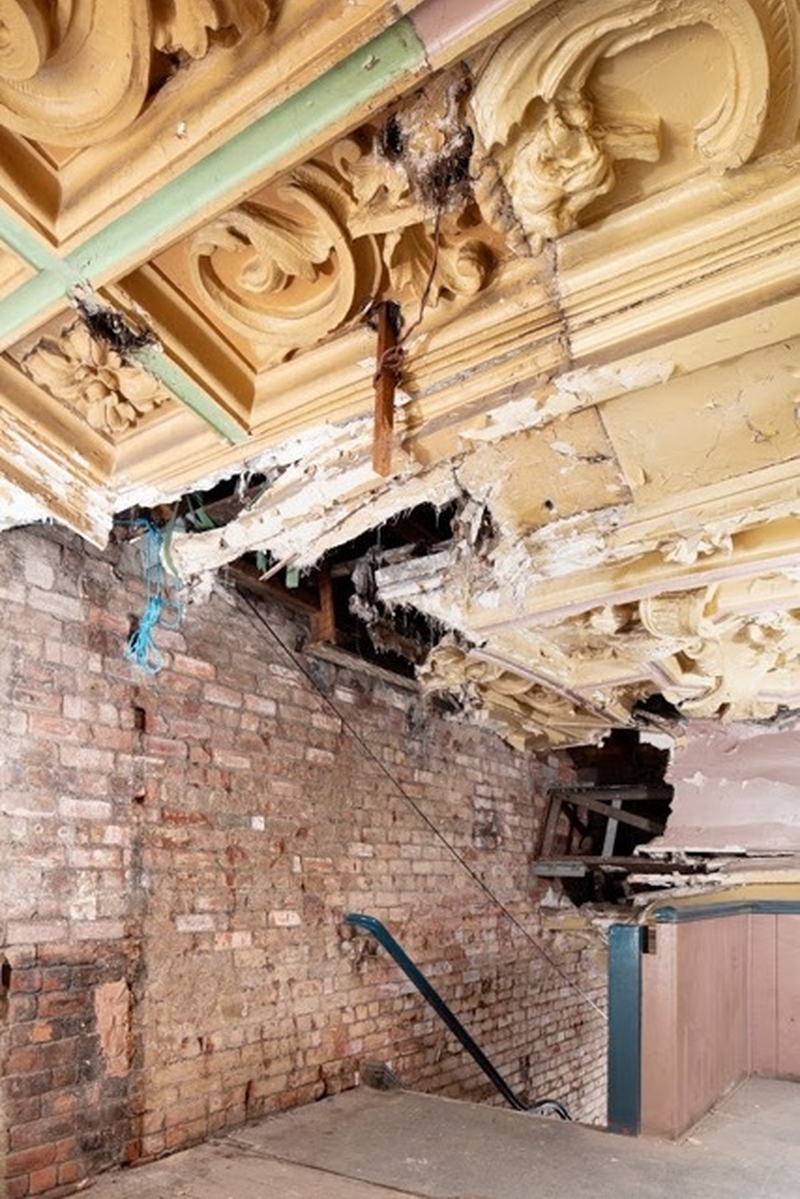 Slap bang on Morecambe’s seafront stands the flamboyant 19th-century Winter Gardens. This ornate theatre is a riot of elaborate tiles and stained glass, some decorated with coastal prints of seashells and sea serpents, and the interior features a fabulous fibrous plaster ceiling.

The iconic building was designed by Magnall and Littlewood, and opened in 1897 as a variety theatre and concert hall. Known as the Albert Hall of the North, performances included the likes of premieres of works by Edward Elgar, England’s most celebrated composer. Heartbreaking then to imagine how it ended up after closure in 1977 – with water damage from leaks caused by lead theft and even seagulls’ eggs blocking gutters.

An action group formed to save the Winter Gardens when the adjoining Oriental Ballroom was demolished in 1982 and, today, Historic England, the Theatres Trust and Lancaster City Council are working in partnership to support the Morecambe Winter Gardens Preservation Trust. The Trust, along with friends and volunteers, is working to repair the theatre and make it a viable venue again, with work having already started thanks to a grant from the Theatres Trust.

Like this? Check out our feature on historic tiling here