STUDENTS from Salford University have only just returned from London's Graduate Fashion Week in London and already they're at it again. This lot just can't get enough of catwalk shows.

The catwalk showcase is part of the Create Salford festival, which celebrates the best of today's and tomorrow's talent.

The final year fashion design students will showcase their work at MediaCityUK's Dock10 using professional models and scouted talent from around Manchester. The show will be hosted by XFM and BBC 6 Music DJ Jo Goode, who attended Salford University. 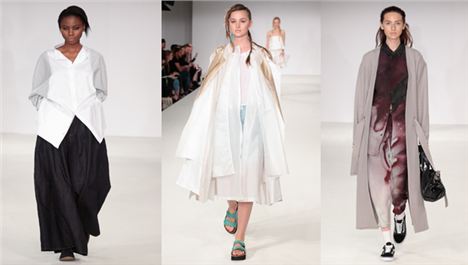 The designers have already won praise and high acclaim for their work at Graduate Fashion Week, including student Lloyd Rimmer who won the award for best fashion photography. This year's collections were featured around the idea of feeling alive in the internet age and featured a strong variety of fabrics and colour.

The Fashion Design BA Hons course at the University of Salford has earned great respect and has won the award for British Fashion Council's Best Portfolio Award three times. This year the University was also presented with the WGSN Digital Presentation Award by the British Fashion Council for recognising the increasing need for the integration of technology within the fashion industry.

Previous students from the course have gone on to have their collections picked up by stores such as Warehouse and Urban Outfitters. 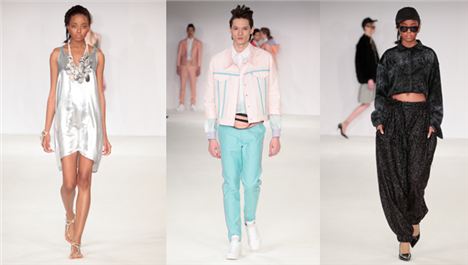 The catwalk showcase is part of the Create Salford festival, which celebrates the best of today's and tomorrow's talent. It focuses on work from various courses and subjects including music, comedy, theatre, dance, fashion, poetry and journalism. The free public arts and media festival is now in its second year and will be taking place at MediaCityUK across the three days.

The University of Salford fashion show will begin from 6.15pm on Friday 13 June at dock10, MediaCityUK.

The fashion show is a ticket only event, to request tickets email: create@salford.ac.uk