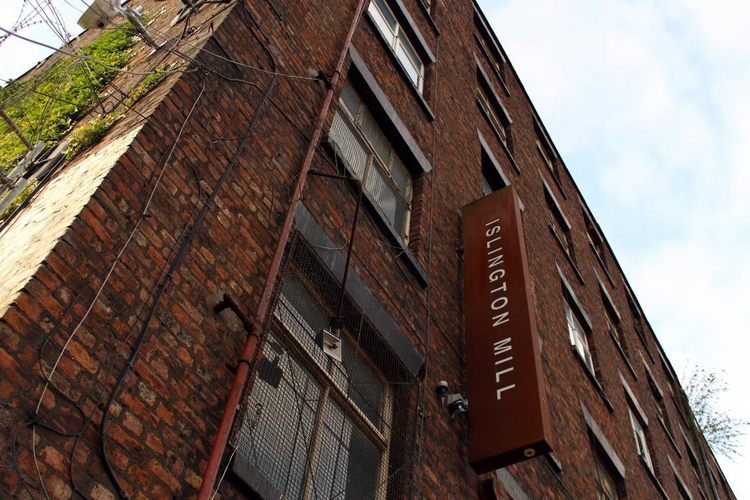 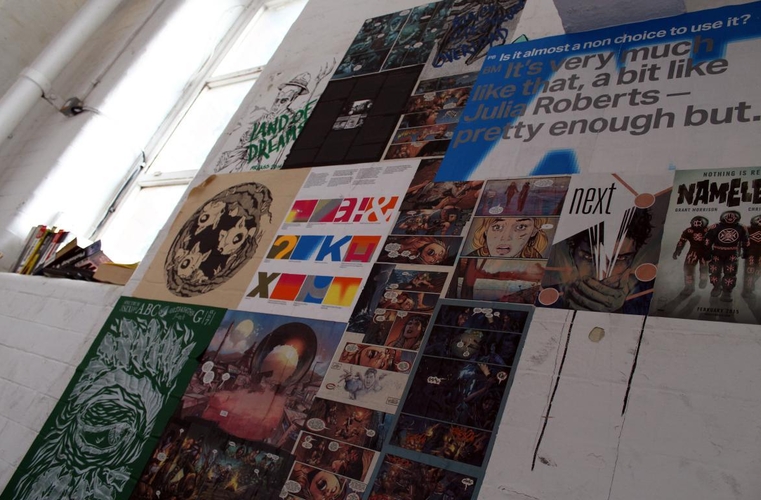 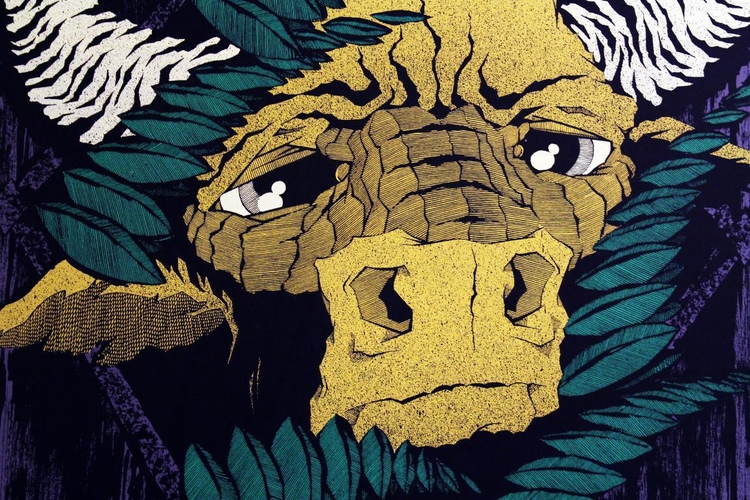 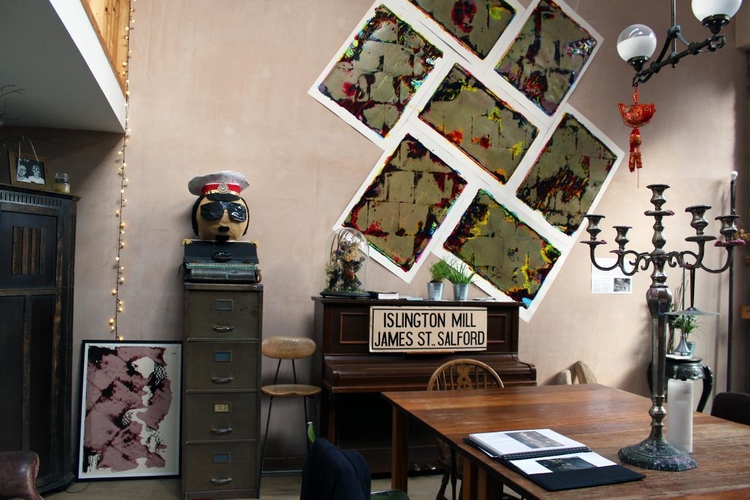 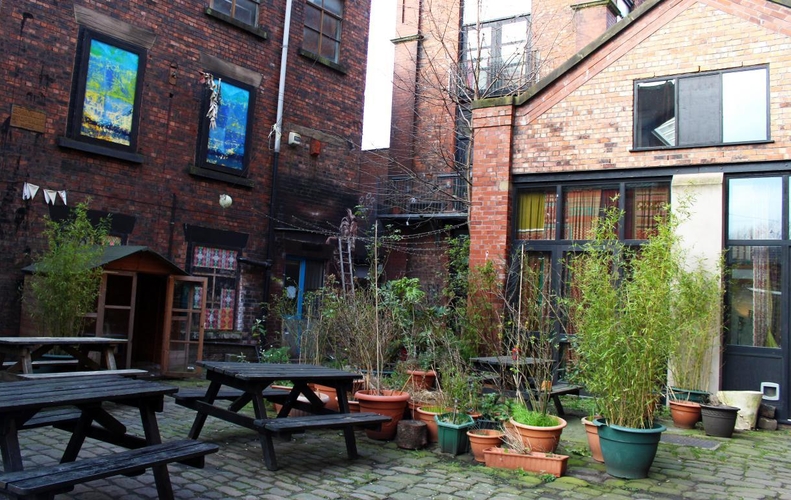 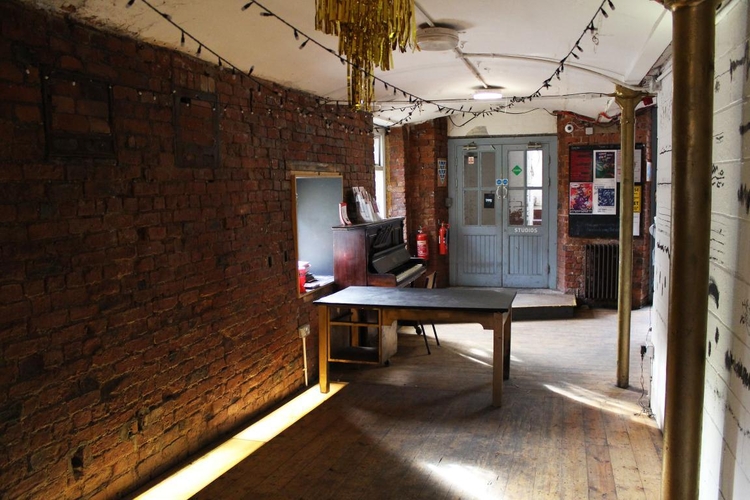 The cherished arts hub may have recently overcome a lengthy license review, but another challenge awaits

WHEN artist Bill Campbell looked out his window each morning, little did he realise he’d eventually acquire the ramshackle mill opposite, transforming its output from cotton into the fabric of Salford’s arts scene.

By the late nineties Campbell was renting studio space here alongside a group of fellow artists, by 2000 - when the building came on the market - fundraising to purchase the industrial relic, which became listed around the same time. It’s something the staff call ‘fate'.

Now one of Salford’s foremost cultural institutions, Islington Mill has hosted over 5000 artists from 35 countries and welcomes more than 15,000 people annually. It has hosted Bjork’s after-party, launched The Ting Tings and is the birthplace of Sounds from the Other City, one of the country’s leading indie festivals.

However, while visitors flock to enjoy the mill’s public programme - from gigs and exhibitions to dinners and workshops - few realise its extent, both in size and influence.

Surrounding the picturesque courtyard is a B&B and the Engine House which, along with the complex’s main building, is home to more than 50 creative residents encompassing practically every medium you can think of - from graphic designers to framers, milliners to musicians - attracted by affordable studios awash with natural light, no fixed term contracts and an inclusive, nurturing atmosphere.

Needless to say, it’s a hardworking venue, a creative catalyst which, like the Hacienda before it, was inspired by Situationist principles.

While all these creative cogs turn behind the mill’s many facades, the main building’s ground floor greets visitors with an eclectic events calendar that is shaped primarily by the community and not, contrary to many venues, rigorous curation. Have an event you want to host? Providing it’s within capacity, you’re unlikely to be turned away.

The venue’s dedication to community is why 50% of its programme showcases local talent, gives many nearby university students a backdrop for their work and partners with arts organisations throughout the city.

Indeed, throughout the decline and slow regeneration of Chapel Street - buoyed by events like BBC’s move to Salford, yet hampered by central Manchester investment and the physical barriers of ring road and river - it has remained a civic beacon for almost two decades. As a booklet on the community interest company points out, IM also utilised an existing landmark and developed organically - in refreshing contrast to a property landscape which can (as recent controversies attest) be very fickle.

"But we still need to match-fund each pledge in kind, and with a £735,000 target, successful fundraising is essential."

Islington Mill, proclaims the booklet, ‘inspires pride in a neighbourhood still searching for a sense of belief in what’s possible.’

An ambitious statement, yes, but one that recent happenings give weight to. When four nearby residents issued a noise complaint - threatening the mill’s license - the outpouring of support was unprecedented. After a lengthy review, the mill was granted continuation of its license, ‘agreeing to a number of new conditions regarding the use of outdoor spaces and how people enter and leave the building.’ Whilst it’s something the venue can’t always control (hence the complaint in the first place), the positive outcome - for now at least - heralded an end to four years of legal fees and stress.

It’s not the end of IM’s concerns, however, as its fifteen or so staff are now at pains to point out. As Lucy Lloyd-Ruck and fellow part time fundraiser Greg Thorpe tell me, extensive work is needed on the main building’s fifth and sixth floors. Like much of the building, these exude character - whitewashed brick, quarry tiling, iron columns, vaulted ceilings - but have so far escaped the attention afforded to the rest of the building, due to lack of funds.

Aside from an informal art academy and various iconic installations (one of which saw the top floor filled with feathers) these upper floors have rarely been used since the sixties. Now, the collapsing roof necessitates urgent renovation.

Once that’s out the way, the plan is to extend the sixth floor attic into a communal studio space complete with dining area. The fifth storey will remain undivided, an open space that’s ideal for bigger installations and sponsored artist residences. In all, the ambitious architectural plan - also including waterproofing, soundproofing, new entrances and accessible lifts - will bring 6000 sq ft of derelict space into use. While Arts Council and Salford Council are funding half the repair programme, it’s up to Islington Mill to find the rest.

“Because we’ve had little external funding for almost two decades, we’ve proved ourselves a sustainable model,” explains Thorpe, “hence why Arts Council and Salford Council are supporting us now. But we still need to match-fund each pledge in kind; with a £735,000 target, successful fundraising is essential.”

So, whether it’s a simple donation or checking out eight ways you can help, it’s time to get involved and secure the future of this cultural treasure for decades to come.

Find out more about Islington Mill, and how you can support the campaign, on the website

COVID-19 update: "All eyes are on the budget next week"
Web Design Manchester MadeByShape